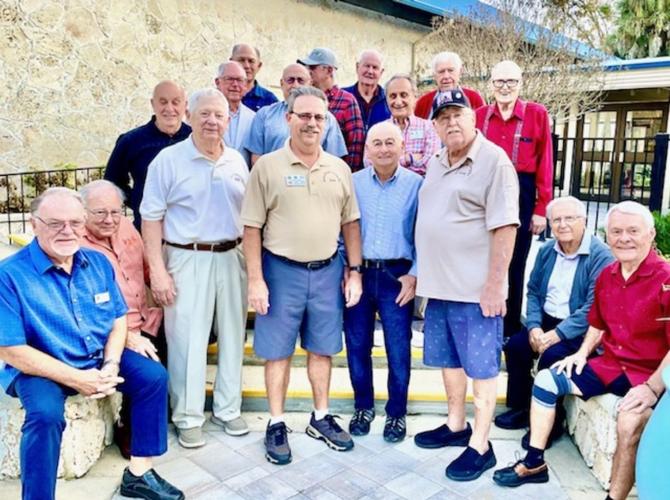 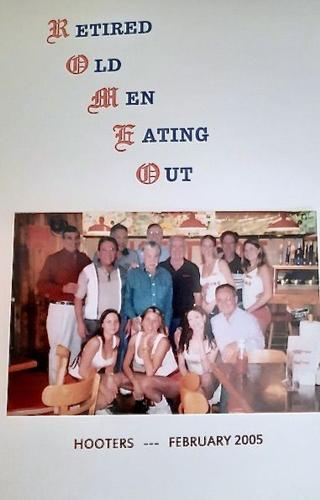 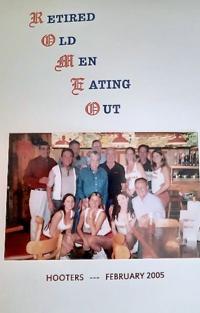 In February 2005, a lady friend of Damian Romano won a door prize at one of the Oak Run Club dinners. It was all-you-can-eat chicken wings for 10 at Hooters.

She accepted the prize and gave it to Damian for him and his buddies to use, which he did. The guys had a fantastic lunch with the food and the waitresses such that they decided to do this every month with the guys.

Over the years, the Romeos dined together at many restaurants but also visited other venues such as Red Oak Farms, Garlits Museum, Golden Flake Chip Factory, airboat rides, Alpaca Farm, International Harvester Museum, and our annual spring trip to watch the Central Florida women’s softball team.

We also decided that in January of each year, we would gather with our spouses to enjoy a Romeos with ladies night. We also have four widows that attend our annual function.

Over the past 18 years, many of our Romeos have gone (passed or moved), and today they are at 20, which is the group’s maximum number. We are a solid group of men who are overwhelmingly welcomed everywhere we go.