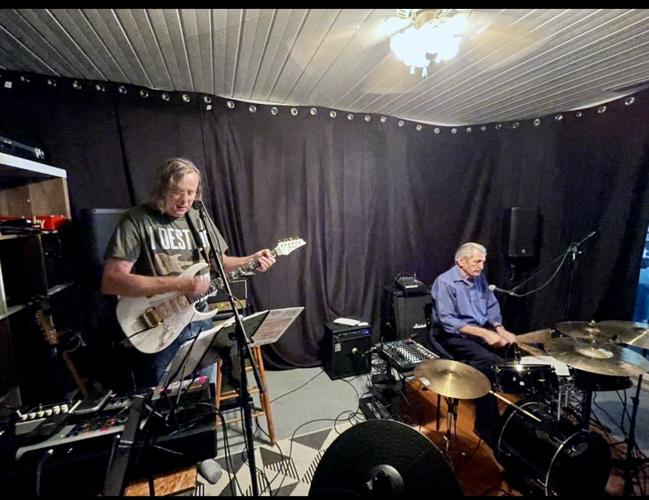 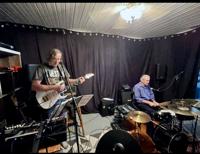 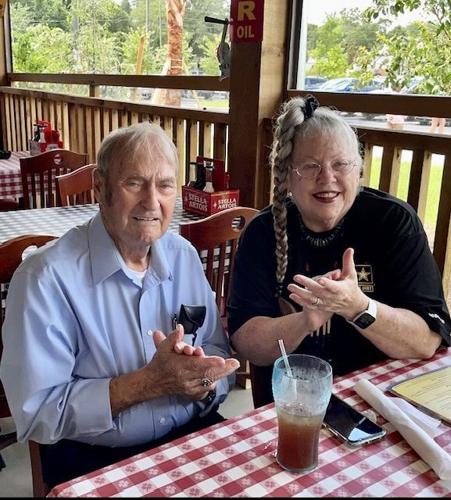 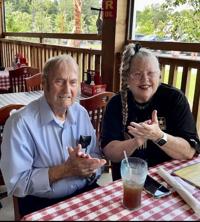 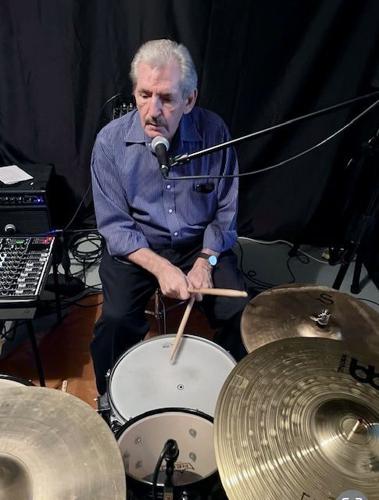 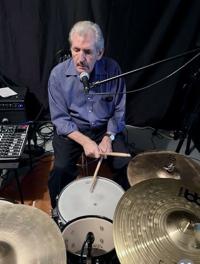 Dave Donohoe, of On Top of the World, on his drums in BJ O’Day’s home studio.

Dave Donohoe, of On Top of the World, on his drums in BJ O’Day’s home studio.

The duo, which goes by the name of the Rhythm Machine, are BJ O’Day on guitar and vocals and Dave Donohoe on drums and sound engineer.

BJ, who is from Oak Run, started practicing two years ago. He took vocal lessons, guitar lessons and bought professional equipment with the intent of performing at venues around the Florida area.

After a year of practicing by himself, he began to invite many musicians, about 18 of them, to join in. Most didn’t want to commit to doing any gigs. BJ understood it’s a tough business out there. He had a female vocalist for a while.

“She was great, but the band wasn’t solid,” BJ said. “We were trying to go to the four-man group, but again, the commitment level wasn’t there, and it was hard to get everyone to the studio multiple times during the week to practice. We couldn’t get to the level of performance that one needs to perform professionally. The vocalist was looking for income, and with that failing, she left.”

So BJ continued to practice and learn. YouTube is a wonderful teacher.

Then came Dave Donohoe. He had played professionally for 40 years in a duo in California and Nevada, including Reno, but his original guitarist/vocalist passed away. He tried other replacements, but it didn’t work out.

His wife passed away, and he remarried and moved to On Top of the World recently.

“I found him on BandMix.com, and he came over to play in my studio,” BJ said. “He wasn’t sure that I was the right guy but decided (I was) since I listened to everything he said and implemented his suggestions immediately.”

It’s not every day a guy that has the experience and knows what he’s doing comes along. Of course, BJ was going to listen.

They improved steadily over the next few months. Then, Dave’s wife, Joy, decided to shoot a video on her cell. When both Dave and BJ heard it, they knew they had something together. The rhythm was tight and locked in, which is a term many bands use for the synchronization of the musicians. It’s what you want.

Now the duo are in the final step of getting noticed. BJ has made some recent contacts, both in Oak Run and in other venues in the Ocala area. It’s been just crickets so far. BJ said he hopes this article will give The Rhythm Machine some exposure. He said they’ll play for free in his community, however, outside of Oak Run, they’ll require a fee to cover expenses.

Just last weekend, the Rhythm Machine had a gig during lunchtime for the grand opening at the new Cody’s restaurant on S.R. 200. Both young and old enjoyed it.

In the meantime, both BJ and Dave will continue to practice, but more than that, they’ll enjoy what they like to do, while hoping all out there in Ocala will be able to hear what they have to offer.