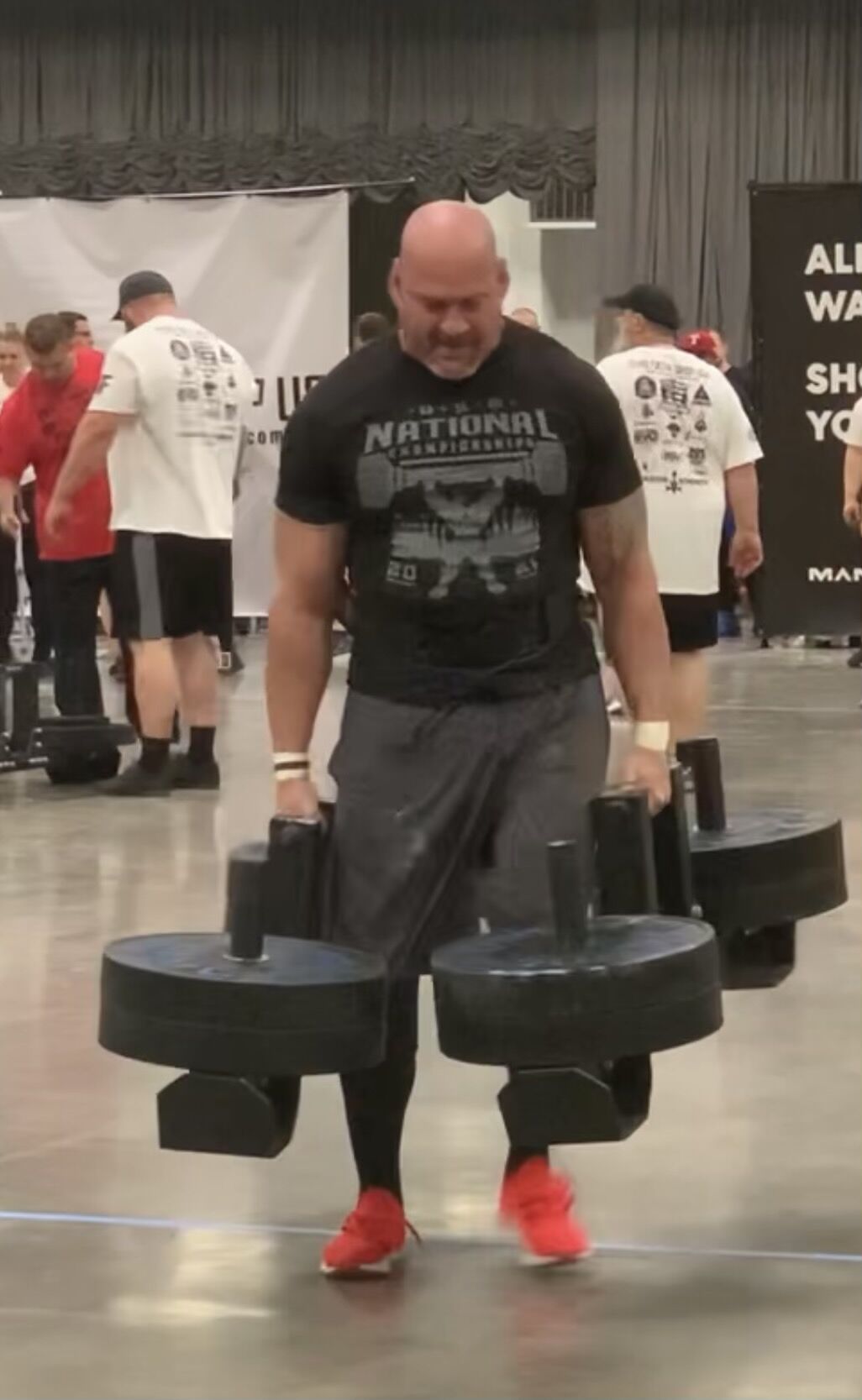 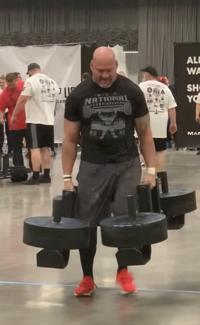 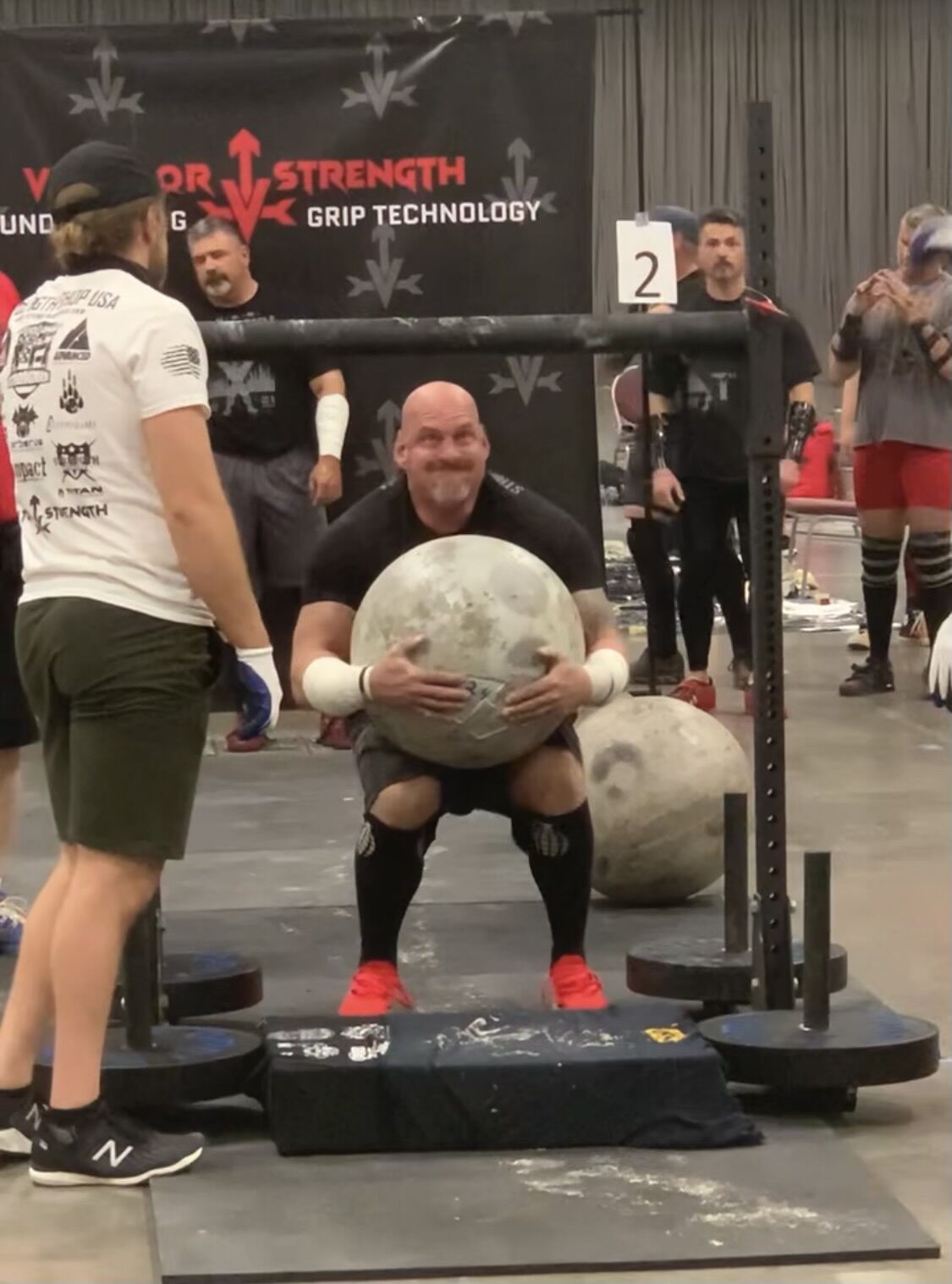 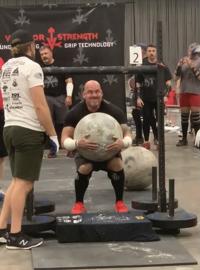 There seems only one time when the word "quit" emerges from Kevin "Woody" Wood’s vocabulary. It has to be preceded by the word "no."

Think age will slow him down? It didn’t stop him from trying out for a semi-pro football team in his late 40s. At 53, it hasn’t kept the owner of Freakstrong Fitness and Training in Meadowcrest from competing in strongman events, even though he only got into the sport a few years ago.

"Passion; I have a passion for powerlifting. I’ve been part of the gym community for over 30 years," Wood said. "It was the first thing I did when I moved here. I didn’t know anyone, so I just stuck with it."

A Crystal River resident originally from Nashua, New Hampshire, he’s been operating Freakstrong for the past four years. About three years ago, he turned that love of powerlifting into something more when he said he stumbled into strongman.

"It was something different. Everybody is doing bodybuilding and working out," Wood said. "I thought (strongman) was interesting because you lift cool stuff. It’s not just barbells."

He tries to partake in two meets a year, but admits it often turns into three. He’s also busy hosting powerlifting meets at his own gym.

Training for a strongman meet means working out two hours a day every day for 3-4 months.

"You find out your events and work your way up slowly," Wood said. "You need to train for strength and stability. And technique is huge. If you have technique, the power will come.

"I think it’s important for the community to know the gym preaches that kind of no-quit attitude," said Wood’s girlfriend, Lisa Brockman. "That happens at the gym because he’s the owner."

He can certainly walk the walk. On June 5, he was in Minneapolis for the Strength Shop USA 2021 United States Strongman Nationals, in which he got to compete after finishing third at a November qualifying event in Tampa.

At nationals, he placed sixth in the Masters 50+ division. He had a personal best in what he considers his top event, the log press (220 pounds). He also recorded a PR carrying the Atlas Stone (250 pounds).

"I felt I did good," Wood said. "It’s tough in the big competitions. You get nervous. There’s a lot of people who are strong as hell."

Just reaching that point showed that "anything is possible," according to Wood, especially considering he’s frequently going up against more experienced strongman competitors. Now that he’s had a taste, he’d like to get back there again.

Later this year he plans to take part in a qualifying event for the 2022 nationals. In the meantime, he’s considering hosting some strongman competitions at Freakstrong.

"I think it’s a nice sport for people to try out," Wood said.

He joked that as the years catch up to him he might have to join a bowling league, assuming Brockman would allow it. That would depend on the drink specials, she said with a laugh.

But no, he doesn’t plan to stop with the strongman events anytime soon. If he can avoid injury, he’d like to keep competing for another 30 years.

"I don’t feel any reason to stop," Wood said. "I’ll do it as long as I can, and if that doesn’t work out I’ll find something else. I’ve got to keep moving."