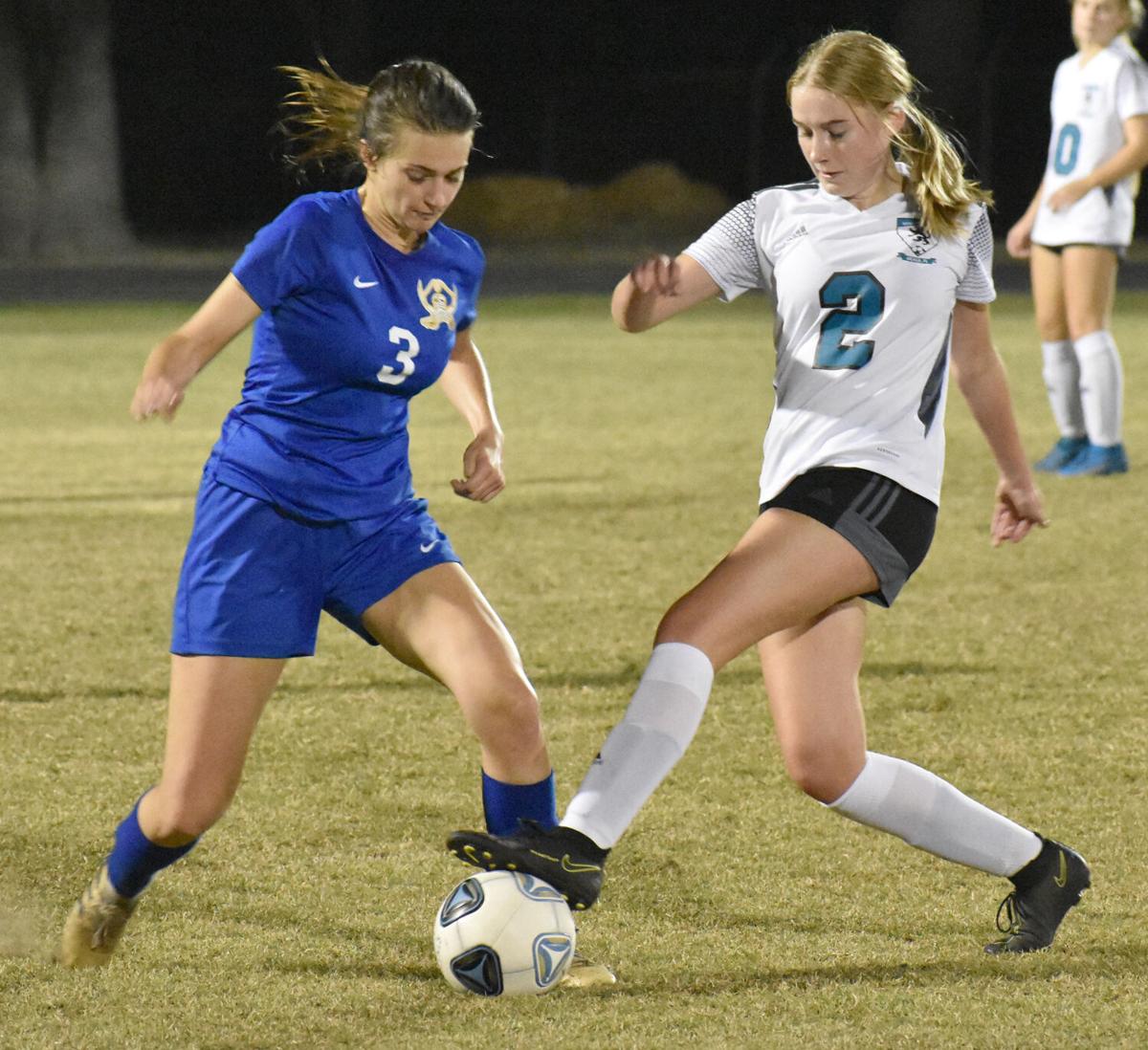 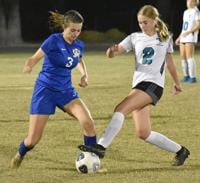 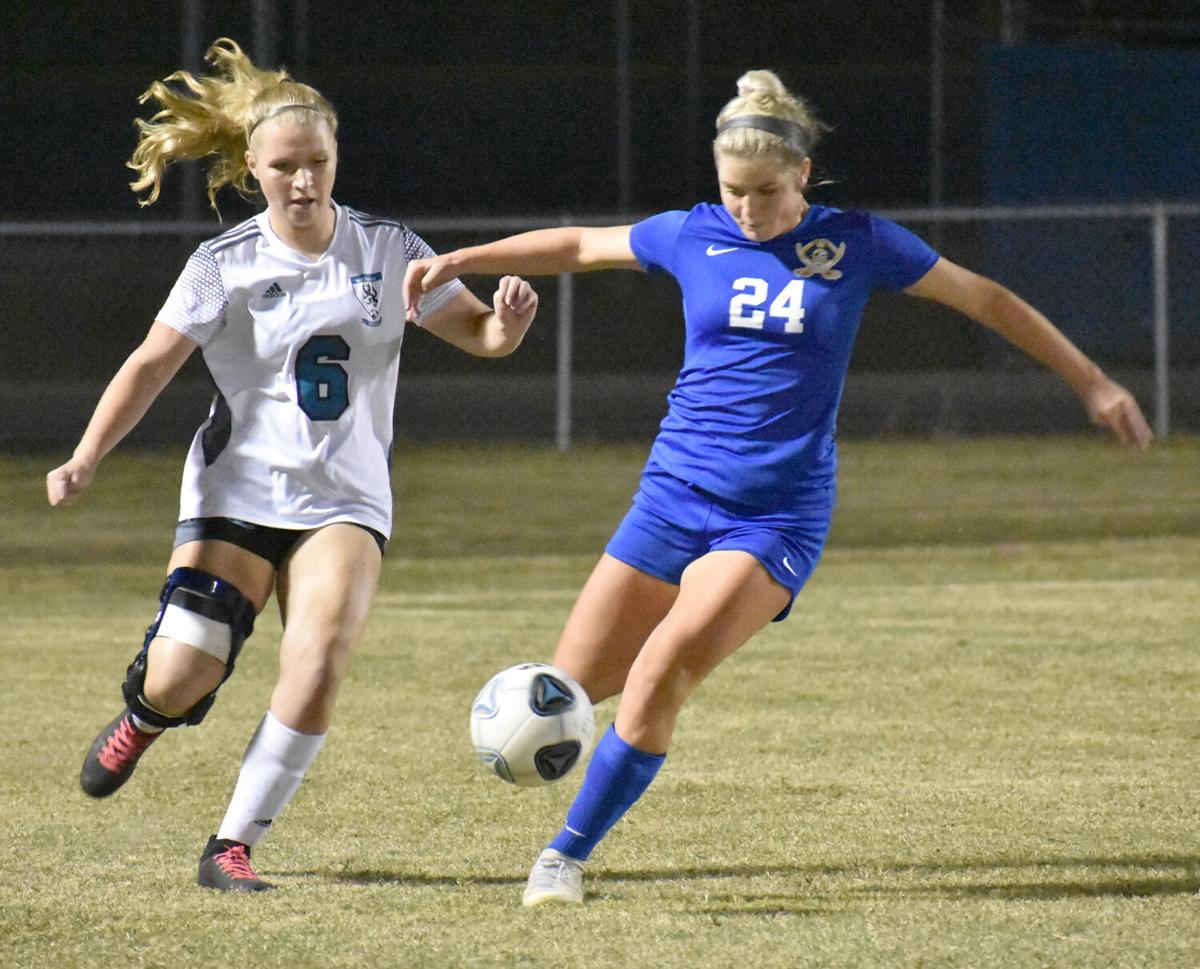 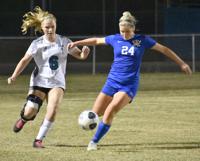 Unfortunately for the Pirates it wasn’t enough to hold off visiting West Port, which pulled away with a 3-1 victory at Bramlett Stadium.

“A little sluggish at times,” Crystal River head coach Bill Reyes said. “We’re coming along, we’re progressing, but they really got to believe themselves, have faith in themselves and truly work for 80 minutes. Because if they do that we’re going to be pretty good.

“We’re a new team. We’re a jelling team. We as coaches are still figuring out, we’ve got a lot of moving pieces with not a lot of depth. It’s kind of unique in that for us to make a sub we’re basically subbing on the field, rotating girls around to figure out what works.”

After starting the season losing in four straight shutouts, the Pirates (1-5) trounced Central on Tuesday, 7-0. In this one they fell behind early and could never recover.

Victoria Carter took a shot that rattled off the left post and into the net to make it 1-0 in favor of the Wolfpack (4-2) in the 8th minute.

That score held until the 31st minute when Jamie Drake broke away for a goal to push the advantage to 2-0.

With regular starting keeper Vanessa Jones out with a back issue, Maddie Damron began the game in net for Crystal River before Athena Peterson came in late in the first half. Peterson made six saves in the second half to shut down West Port for nearly the entire rest of the game.

It became 2-1 in the final two minutes when Paige Woodhouse scored off an assist by Sienna Callaway. A little over a minute later, Carter deposited her second goal of the night into an empty net to seal the outcome.

“We’re a little shorthanded right now because our starting goalkeeper has been out with back issues for the last week. When you only have 13 people on the roster it’s kind of hard when you’re missing any one of the pieces.”

Crystal River has the chance to reset a little bit considering its next game isn’t until Nov. 29 due to the upcoming holiday week.

“We’re just figuring it out. We’re young,” Reyes said. “But honestly, it’s a great group of girls to work with. They’ve got good energy, positive energy, they don’t get down on themselves. They weren’t really up tonight but at no point were they down, and eventually that’s going to pay off for them.

“… We’ve struggled mightily to get on the board. Then we played Central, we dropped seven on the board. I was hoping that would continue tonight in the confidence of going, ‘Hey, we can score. We can hit the back of the net.’ Unfortunately it didn’t.

“But we’ve got 13 games after Thanksgiving break. So we’ve got plenty of time to grow, plenty time to figure out. It’s a new district, it’s a different district. We played The Villages in the preseason. They look like the top dogs. I don’t know what the other opponents have, but honestly the way I coach I couldn’t care less about the opponents. I just want to be the best team we can be by the end of the season.”