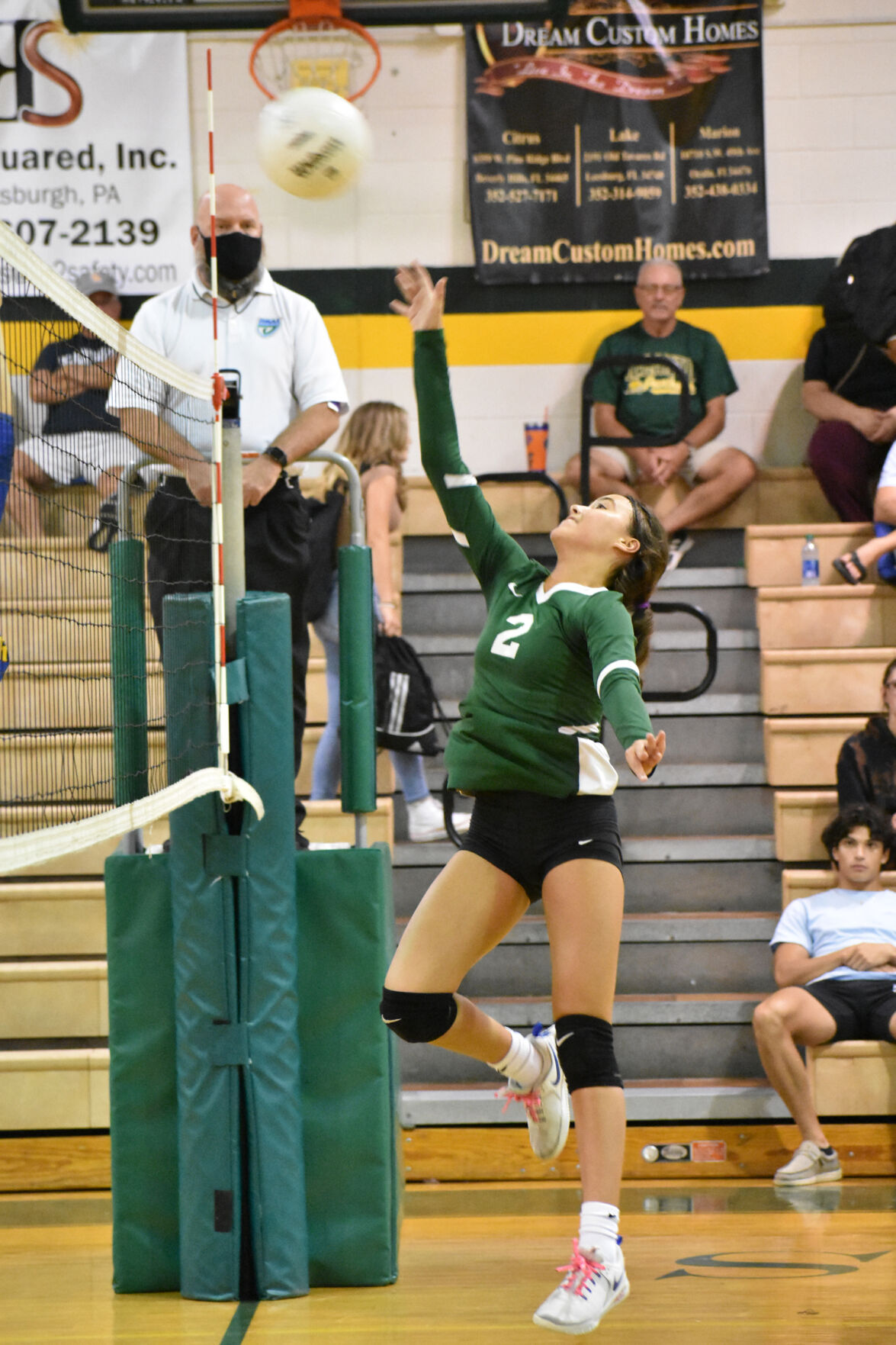 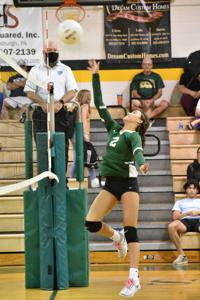 Mackenzi Grey of Lecanto hits the ball over the net during Thursday night’s match at home against Crystal River. Grey led a strong serving night with six aces in the sweep. 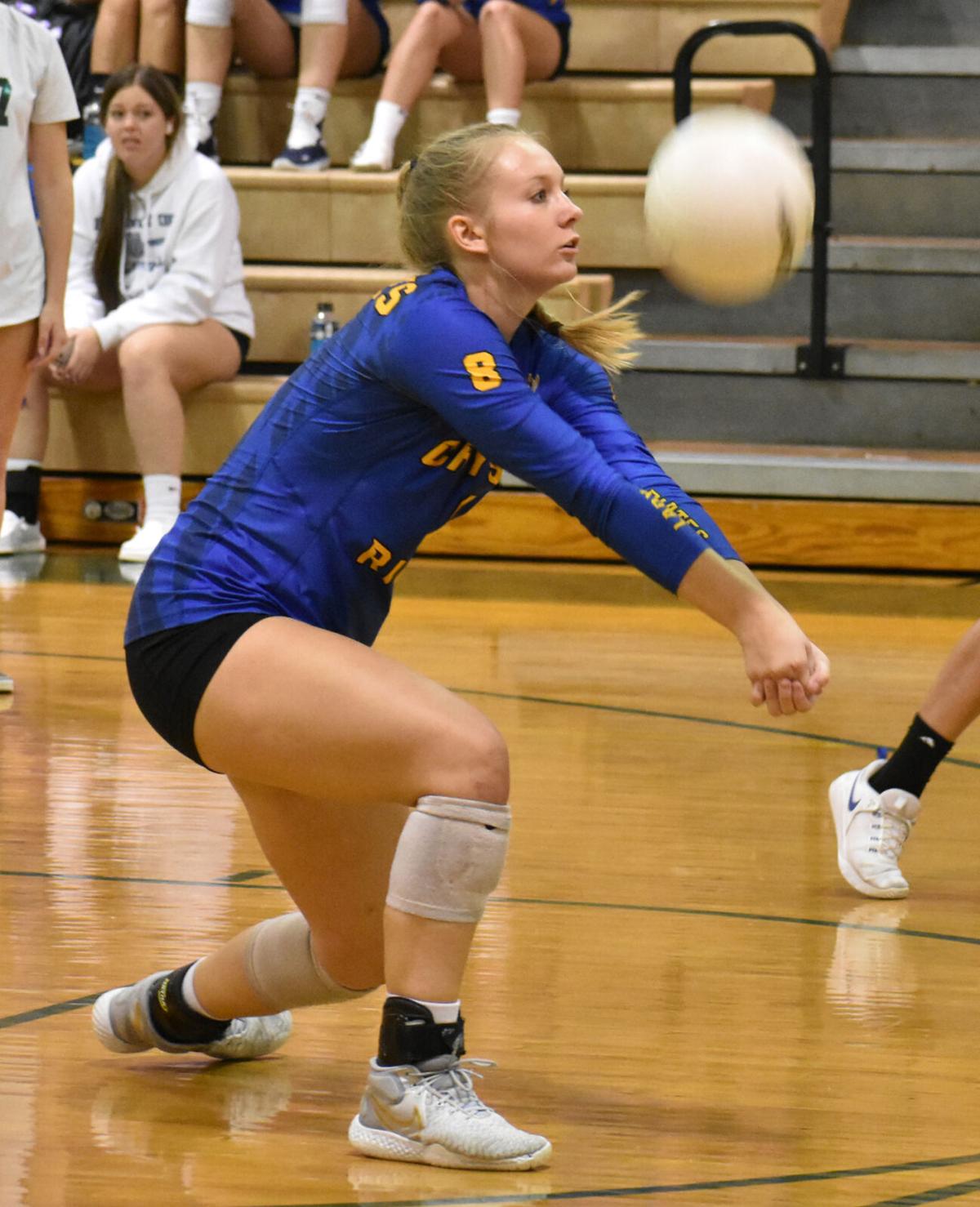 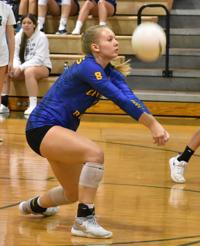 Mackenzi Grey of Lecanto hits the ball over the net during Thursday night’s match at home against Crystal River. Grey led a strong serving night with six aces in the sweep.

LECANTO — Jump out to an early lead, fight off a rally, pull away at the end. Wash, rinse, repeat.

“We talk about if you get that lead first and the momentum going your way, and if you do give up a few points, it’s not that big of a deal,” Lecanto head coach Wanda Grey said. “If you lose the momentum to begin with, sometimes it can be hard to get it back.

The Panthers improved to 12-11 on the season — including 2-0 against Crystal River — while the Pirates closed out a busy week with a 5-12 overall mark.

“I think my girls are tired. We played three games this week. They didn’t come in here with their heads right,” Crystal River head coach Leslie Richardson said. “So we are going to just take a rest and hopefully get back at it Monday. It was a long week.”

In what would be a big factor in the match, the Panthers jumped out early in the opening set thanks to strong serving. Up 3-2, Mackenzi Grey stepped up to the service line and served seven straight points — including a pair of aces — for a 10-2 advantage.

“She’s working hard on hitting spots. She sees the spots herself and she’s done a really good job with that,” coach Grey said.

The Pirates got three kills from Bailee Einspahr to close to within 11-8 and eventually made it a two-point Panther lead at 16-14.

But once again, Mackenzi Grey took over at serve. The junior tossed in two more aces to fuel a 9-0 run to end the opening set.

It was a very similar story in the second set, as Mackenzi Grey served six straight points early on for a quick 7-1 lead. Einspahr, Phoebe Shaw and Riley Solomon were strong at the net for the Pirates to close the gap to 18-12, but aces by Lecanto’s Jaelynn Richardson and Kayla Negron helped build a 23-15 lead and Mallori Grey ripped an ace just over the net to close out the second set.

“We’ve been talking about serving tough and they did a great job with that tonight,” coach Grey said.

For the match, Lecanto had 13 aces, to none for the Pirates.

“They struggled getting it over the net and we also struggled receiving it,” Richardson said. “We really need to buckle down and get those two things back up to par.”

Mackenzi Grey had an early ace and kills from Mallori Grey and Mallory Mushlit made it 5-1 Lecanto early in the third set. The Pirates fought back to eventually knot the score at 12-all, but a kill and ace on back-to-back points by Lecanto’s Jaelynn Richardson made it a 17-14 score and the Pirates wouldn’t get any closer the rest of the way.