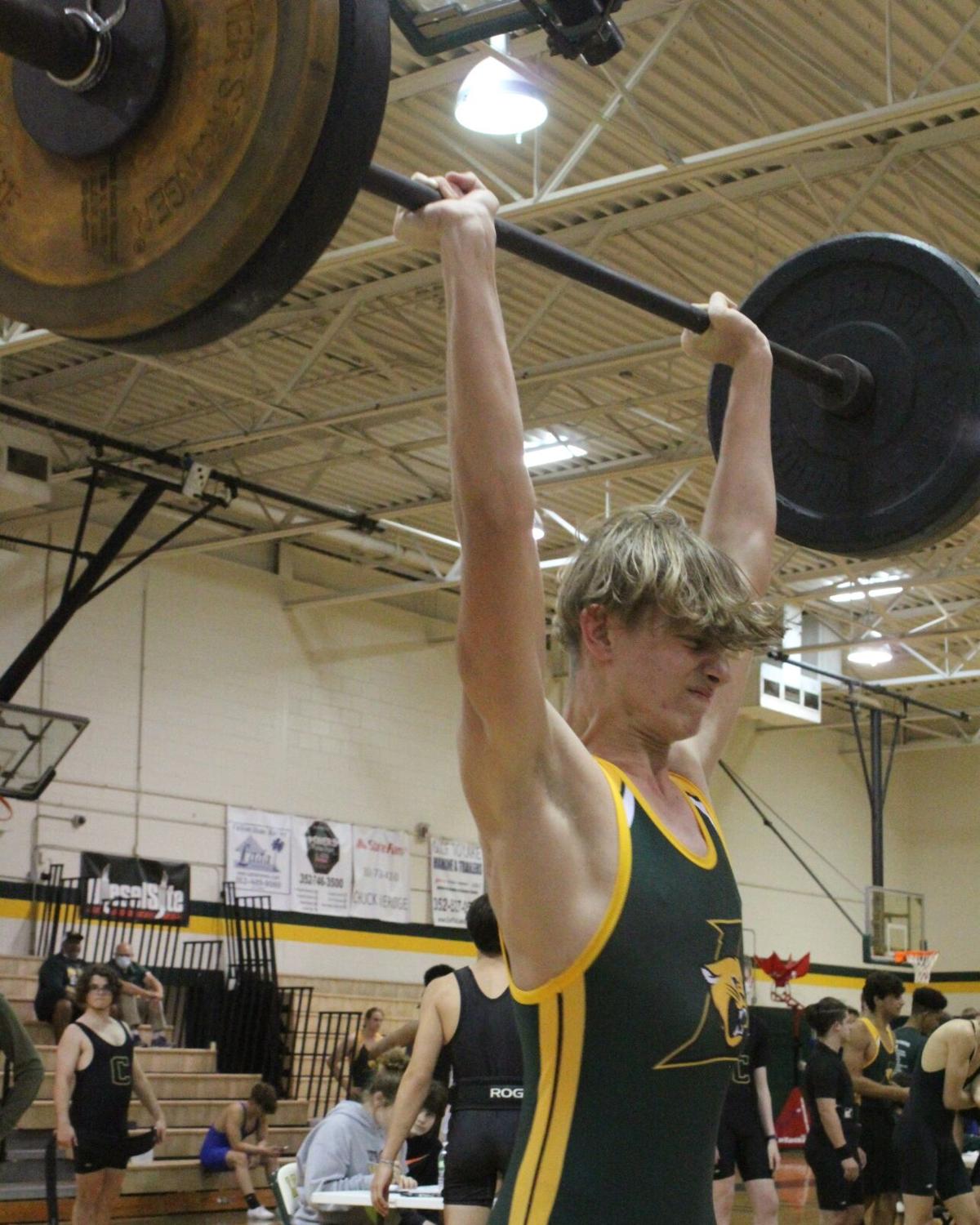 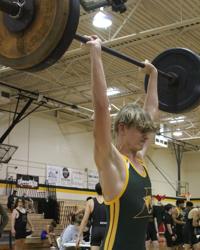 Lecanto’s Tanner Ledsome hoists 160 pounds in the clean-and-jerk Wednesday, at Lecanto High School to capture top honors in the 129-pound division. His victory in the weight group helped pace the Panthers to the county championship. 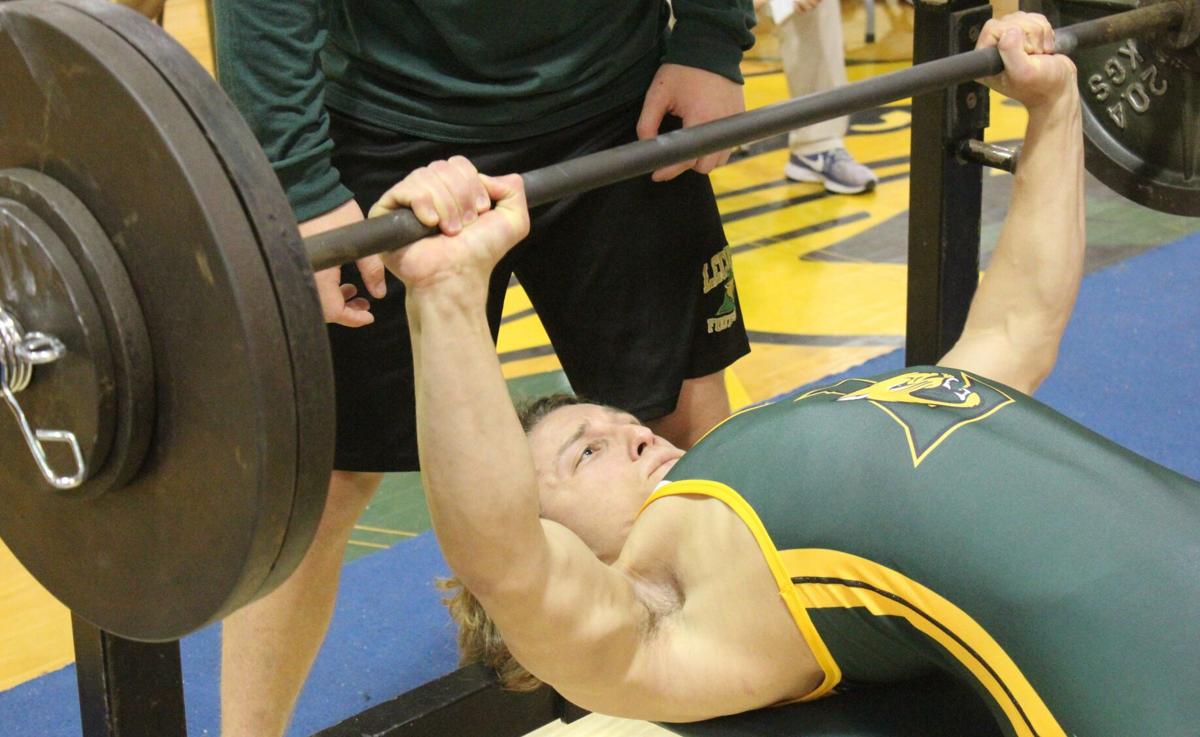 Cason Phillips powers his way through a 255-pound lift in the bench press in the 169-pound weight class during Wednesday's County Championship meet at Lecanto. 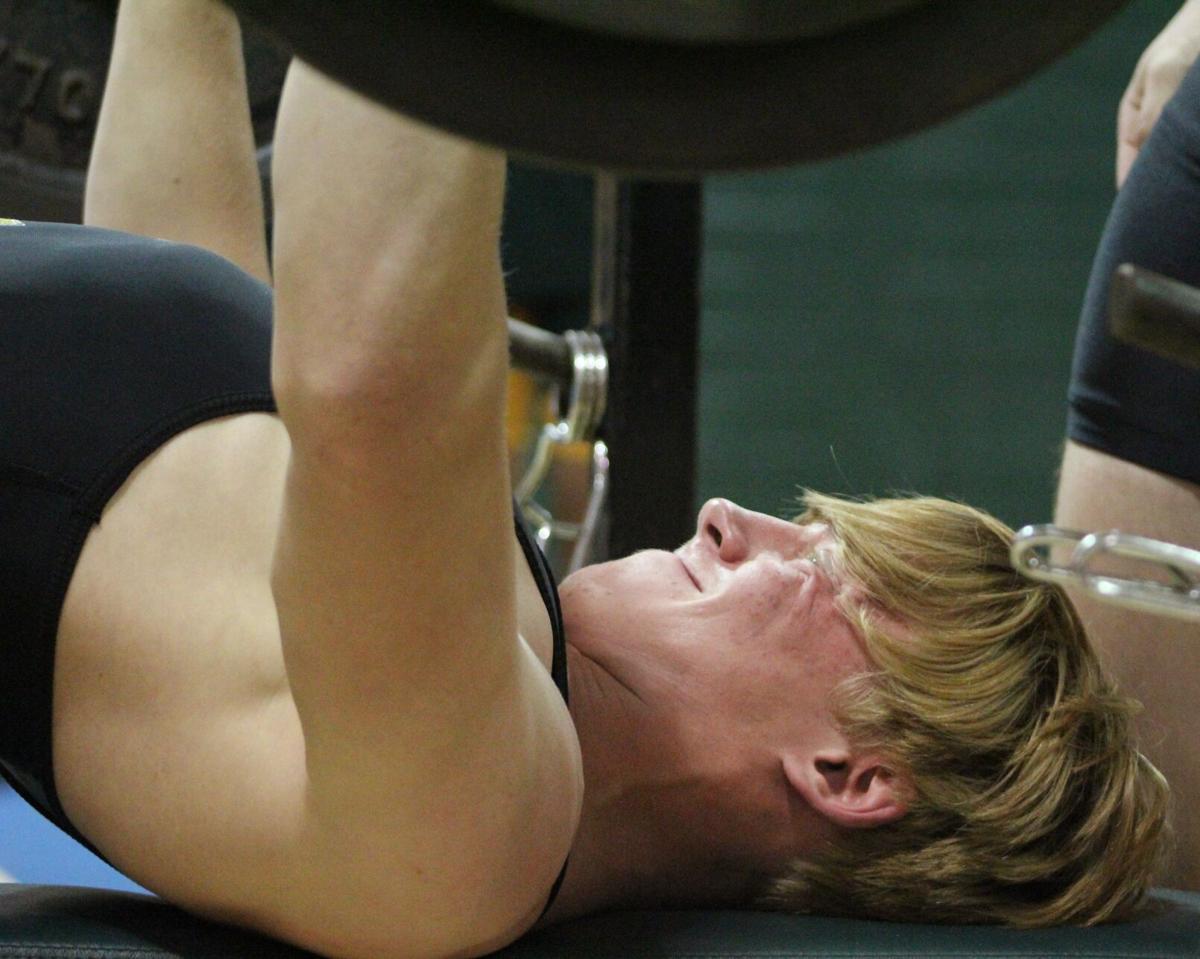 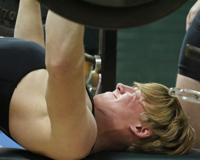 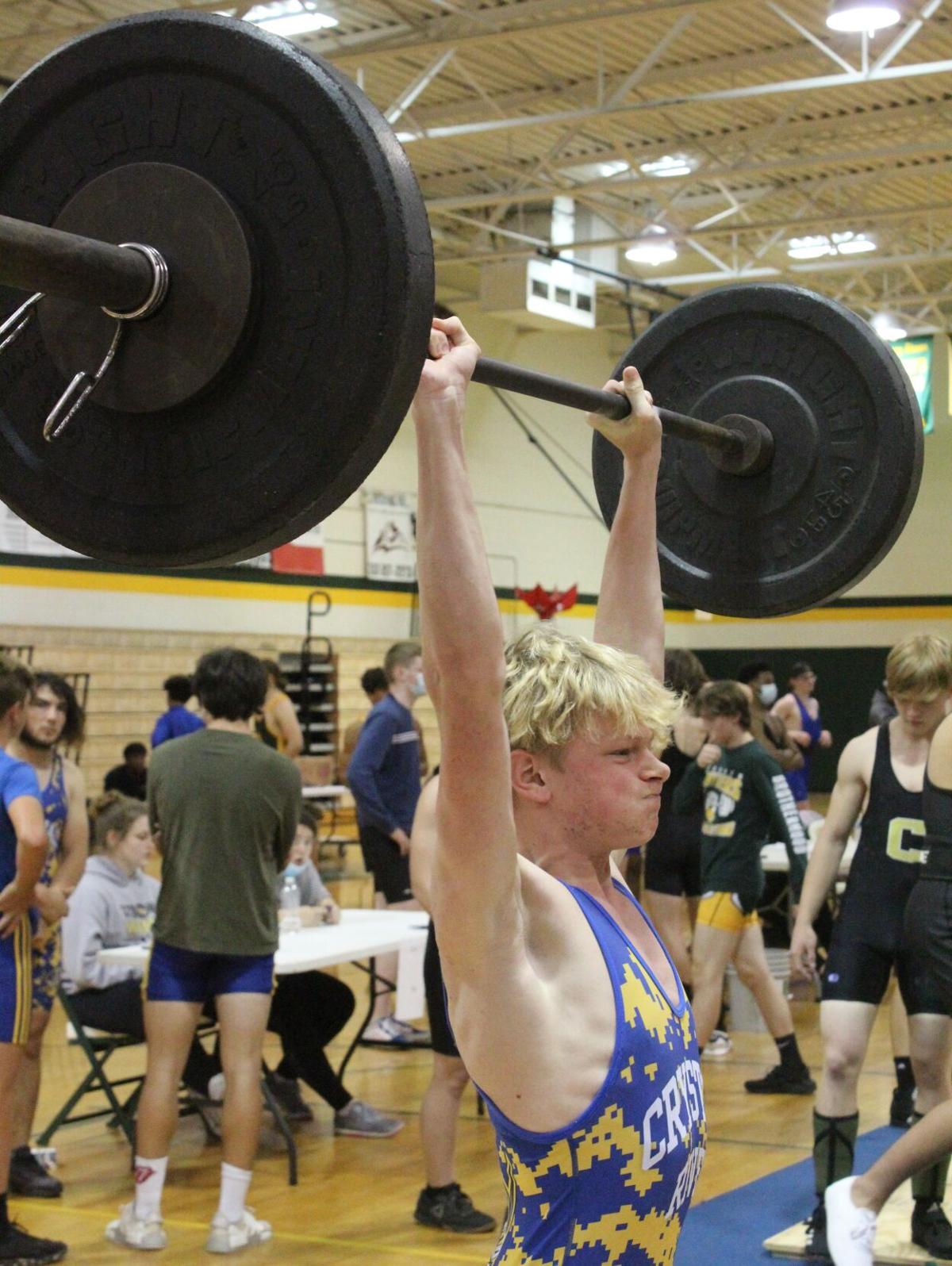 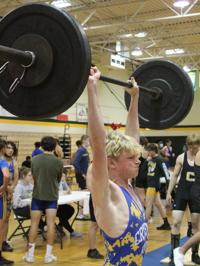 Crystal River's Tyler Townsend secures a 160-pound lift in the clean-and-jerk in the 129-pound weight class. Townsend earned runner-up honors in his division on Wednesday in the County Championship Meet at Lecanto.

Lecanto’s Tanner Ledsome hoists 160 pounds in the clean-and-jerk Wednesday, at Lecanto High School to capture top honors in the 129-pound division. His victory in the weight group helped pace the Panthers to the county championship.

Cason Phillips powers his way through a 255-pound lift in the bench press in the 169-pound weight class during Wednesday's County Championship meet at Lecanto.

Crystal River's Tyler Townsend secures a 160-pound lift in the clean-and-jerk in the 129-pound weight class. Townsend earned runner-up honors in his division on Wednesday in the County Championship Meet at Lecanto.

LECANTO — Fittingly, the team in green came out on top on St. Patrick’s Day.

Hosting Citrus and Crystal River for the County Championship meet on Wednesday, the Panthers tallied 48 points, holding off the Pirates in second with 38.

"Happy St. Patrick’s Day to us," Lecanto head coach Wyndell "Chop" Alexander said. "Man, this is amazing. I knew it was going to be real tight. I’ve seen the way Citrus and Crystal River have been lifting all year. I tip my hat to Coach (Cliff) Lohrey. His (Crystal River) team has stepped up and they lifted phenomenal.

"We had a couple kids who were able to drop weight. Ramius Diaz dropped to the 199 weight class. We had Tanner Ledsome drop to the 129 weight class. And by them being able to do that, I think that’s what kind of spread out the first-place finishes."

"We all hard workers, we all been working out since freshman year," Ledsome said. "I’m just proud of us. We should have done a little bit better. I feel like we all could have done better. But we still pulled out the win and we’re just the hardest workers here.

"I messed up a little bit but I still ended up getting first. I ended up making up for it, cutting the slack off."

"I feel like I did personally good on bench and clean," Diaz said. "I just need to work on my clean and getting below it. And then I think I should be set for districts and going on forward, hopefully to states.

"It feels amazing to be county champions cause we’ve been working on this since freshman year. Ever since I got to this high school it’s been a grind all my life to get higher weight, higher weight every day. That’s how I got to 305 bench."

"We had five first-places. It’s that dynamic of weightlifting where you start having three teams and people pull points from each other. It’s not just a black and white necessarily," Lohrey said. "I think Lecanto’s depth on top of they do a good job, that was what catapulted them to the team title."

Certainly the Panthers pulled off some first-place performances as well. Terry Kitchen did so at 154, with a 260 bench and 210 clean for a 470.

"Feel like I put a lot of work in since sophomore year up to this to get to this goal that I am now, so I’m very proud of it, and me and my teammates for what we accomplished today," Kitchen said. "I feel like we’re going to do good at districts too, if we just keep it together."

"I feel like I did pretty good. I was working on it all this week," Phillips said. "I messed up last Friday, scratched out on all my clean-and-jerks, and I fixed it this weekend, this Monday. I got it all fixed and my clean-and-jerks were easy.

"The team win was pretty good. Some people messed up, didn’t make weight, but we pulled through. I thought it was a good ending."

"I think it gives us a spike," Alexander said. "It shows us that we can compete with the top lifters in the county, and I just think it just kind of boosts morale in our weight room."

"Weightlifting is that interesting dynamic where you can have individual success, but also you’ve got the team aspect," Lohrey said. "I’m able to be objective enough to where I can feel proud of those guys who won individual titles and still be disappointed we didn’t pull out the team title.

"Citrus set the bar high two years ago winning a state championship in weightlifting. You want to accumulate any kind of championship you can to continue to rise your program up. This is a blow, but Lecanto earned it and we’ll just keep continuing to battle."

"I’m always proud of them. They always do well," Citrus head coach Ryan Krueger said of his entire team. "We set a couple PRs here today, which is always pretty awesome to see."