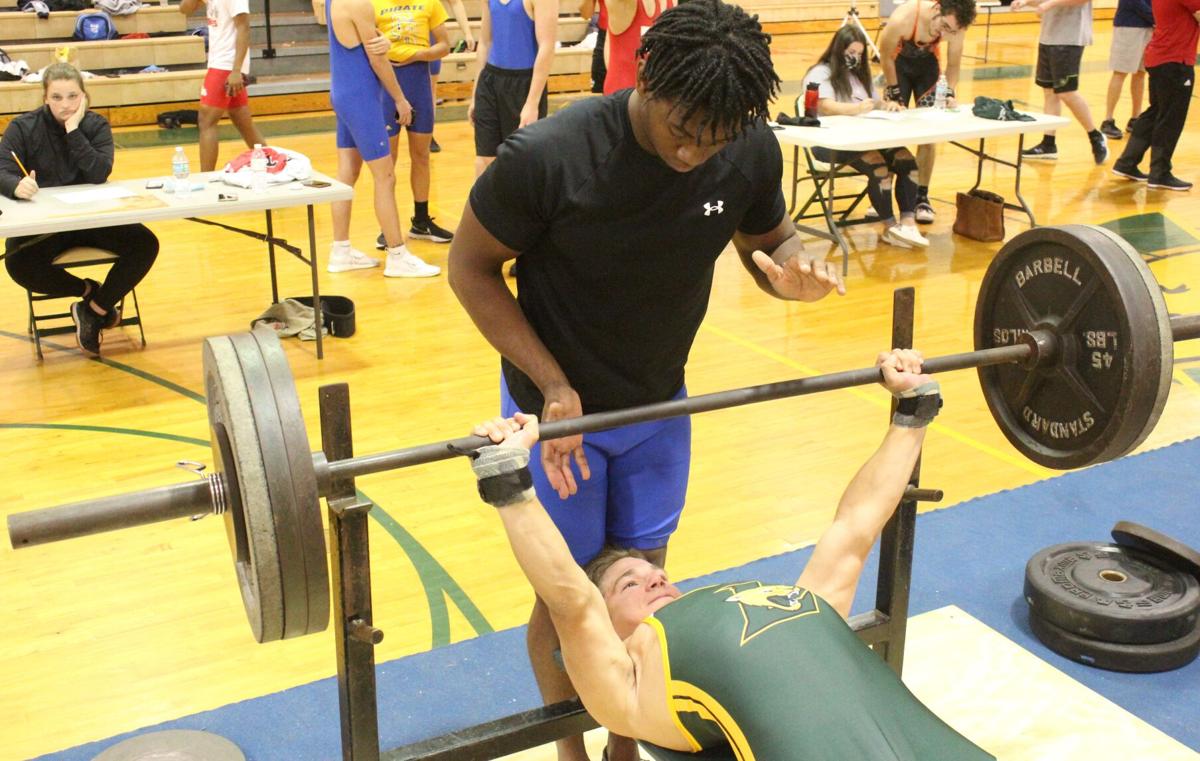 Lecanto’s Devin Thornton attempts a bench press while competing in the 154-pound weight class during the District 2A-8 meet on Friday, in the Lecanto gym. 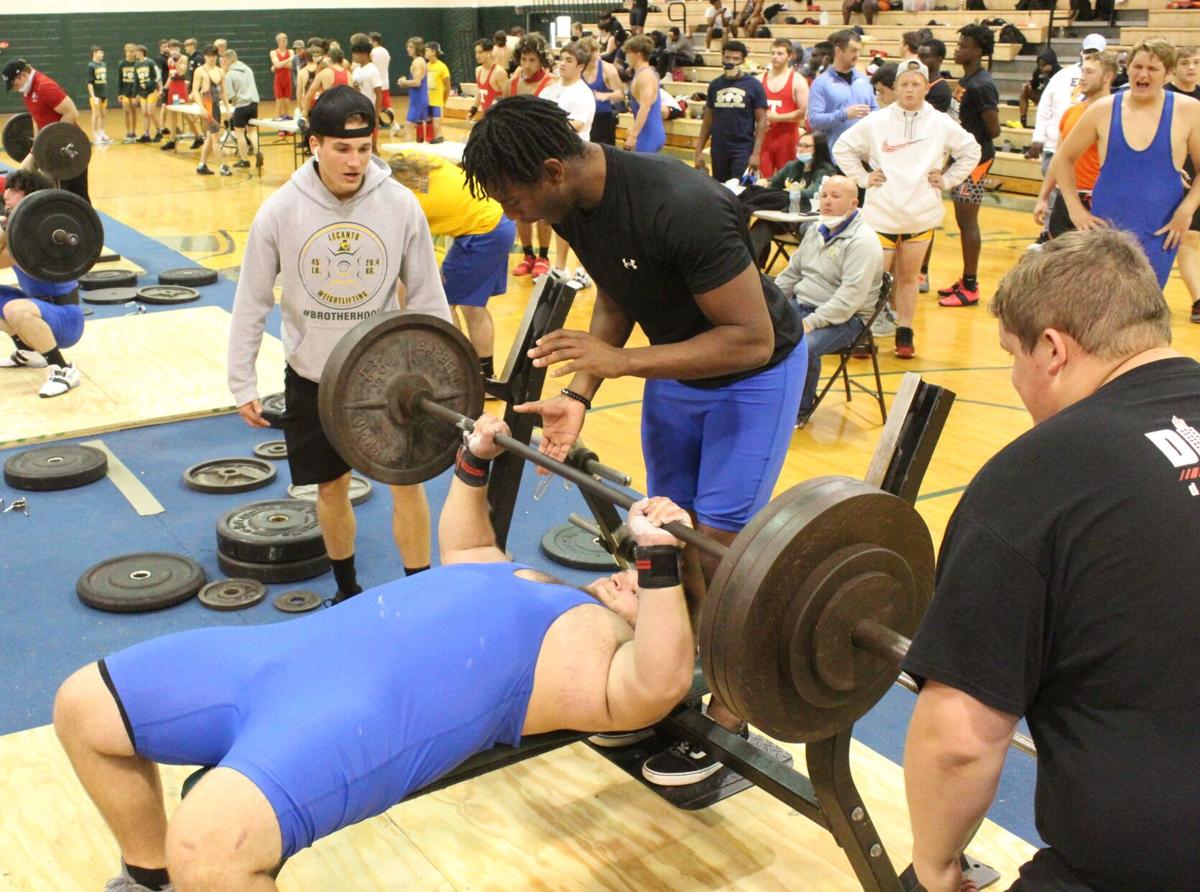 Lecanto’s Devin Thornton attempts a bench press while competing in the 154-pound weight class during the District 2A-8 meet on Friday, in the Lecanto gym.

LECANTO — For the third week in a row, Lecanto hosted a major boys weightlifting meet in its gym and added to its trophy case.

After collecting county and conference championships, on Friday afternoon the Panthers didn’t quite finish atop the team standings. But they were more than pleased having earned the runner-up spot in the District 2A-8 meet.

They scored 46 points, edging out Leesburg (42) and Crystal River (36). Tavares pulled away for the team title with a 70 team score.

"I feel good about that. I think our kids lifted well. I’m happy with the outcome," Lecanto head coach Wyndell "Chop" Alexander said. "Consistency; our kids every week hitting their marks, going up 5-10 pounds each week. I thought they did good against a Tavares team.

"I tip my hat to that (Tavares) coach. I don’t know what he’s feeding them kids but he must be feeding them some heavy weights. I’m just proud of our boys, I thought they did a good job."

The top six in each weight class garnered a spot at the Region 2A-2 meet, which is being divided between two sites on Wednesday. The qualifiers from this district will lift at Leesburg.

Several county lifters reached the top of the podium and ended the day with gold medals draped around their necks.

Lecanto senior Devin Thornton said he is close to having a tear in his right shoulder and he has been nursing the injury in recent weeks. In this meet, however, he was able to power through to take first place at 154 pounds.

"I just gave it my all today. I’m very happy with what I accomplished," Thornton said. "I stretched really good and just kept my mind straight, and accomplished what I could.

"It’s very important because my brother (Shane) won states a couple years ago, and I want to be up there with him. I just want to go to states. That’s my goal."

"I’ll be looking for our kids to do the best they can (at regionals) and hopefully try to get a couple of them to go to state," said Alexander, who had 13 lifters qualify for regionals.

At unlimited, senior Alex Wisnewski pulled out a convincing victory with a meet-best 375-255—630.

"For the bench, it wasn’t really what I wanted because I failed my first attempt. But then I was able to get it my second attempt," Wisnewski said. "I was hoping for about 405 today, but sometimes you just have your off days and your on days. Today was just my off day. Power clean I did well. I got what I wanted. That was about it.

"My ultimate goal is to place and win at states. That’s everybody’s goal. But there hasn’t really been anybody at Crystal River in a long time to go to states and compete. So that’s really my goal. In order to get there I’m going to have to get my total up probably about another 40 pounds, but I think it’s possible because every day we all work hard."

"I think I could have done better to be honest. I only got 205 on my bench, I usually get 225, 220. But I feel good about it, I’m happy," Webb said. "I didn’t really think I was going to win to be honest. I thought Frank was going to win, so I’m pretty happy about it. … It’s awesome, because I’m not really going to be mad if he beats me. So it’s pretty cool to me."