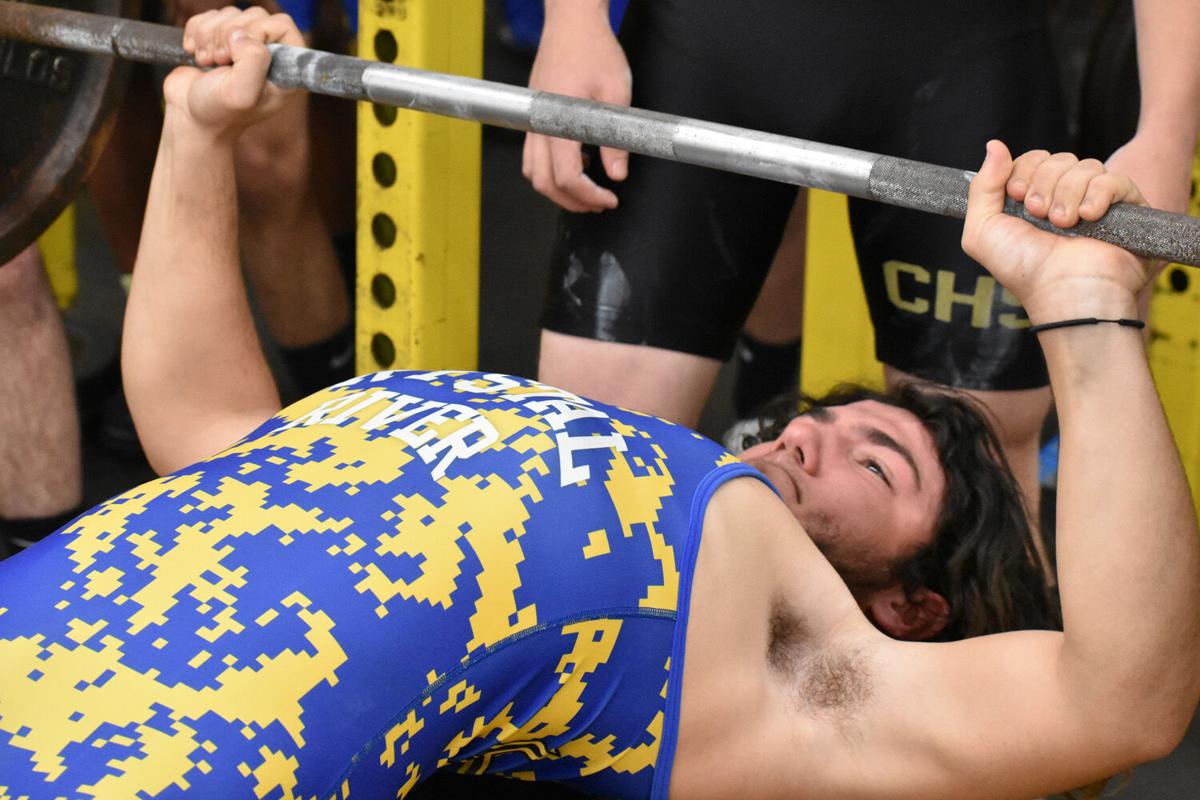 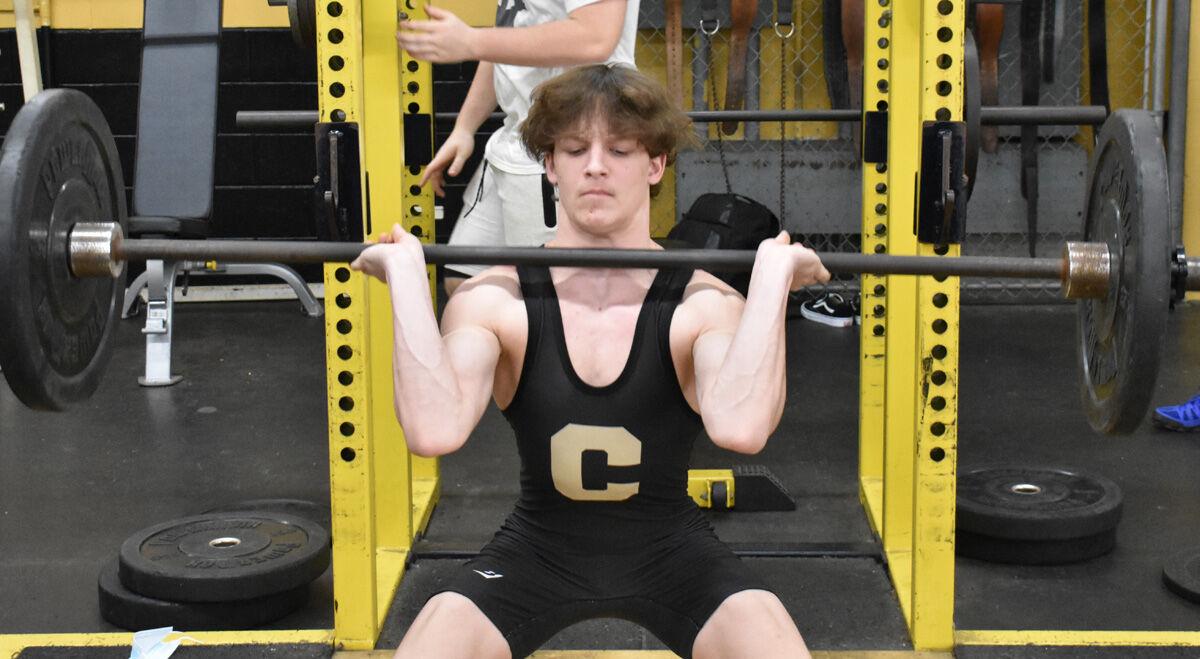 Tristan Morgan of Citrus competes during the clean-and-jerk competition at the 119-pound weight class Wednesday in a boys weightlifting meet against Crystal River in Inverness.

Tristan Morgan of Citrus competes during the clean-and-jerk competition at the 119-pound weight class Wednesday in a boys weightlifting meet against Crystal River in Inverness.

INVERNESS — The boys weightlifting season may be in the early stages, but Crystal River received a nice confidence boost against a county rival on Wednesday afternoon.

Lifting versus host Citrus, the Pirates pulled out a 55-31 victory, making them winners in two of their first three meets.

“Everything including meets up until county (championship meet), we just consider those opportunities to practice, get better,” Crystal River head coach Cliff Lohrey said. “But any time you get to compete against your peers from another school and with judges other than myself, it’s just good for competitive juices as we move closer to March 17, the county meet.”

The Pirates placed first in all but two weight classes, in one of which they did not have lifters.

“I feel like I did pretty good. I hit a new max on bench but not for clean-and-jerk,” Ayers said. “It is what it is. Five pounds less than last week. Hopefully I’ll do more next week. I’ve got some stuff to work on.

Ayers was among the lighter weights who lifted in the first flight, since the meet was divided in half and took place across four platforms in the Hurricanes’ weight room.

“James Ayers just continues to make improvements. Chris Wilson has really brought a tremendous work ethic to our team,” Lohrey said. “We’ve got a number of guys, their totals are going up every week and they continue to put in work. Excited to see what we can do when county rolls around.”

“The boys did good,” Citrus head coach Ryan Krueger said. “Unfortunately I was quarantined for the past 10 days, so I haven’t been here at practice. I was a little behind on their progress. But I know from the last meet and the last practice I was at, they’ve all progressed individually and that’s really what I’m all about for my team. I want to see my guys get stronger and stronger.

“Griffin (Webb) is always a standout athlete. He went a little lighter today than the last meet but he still performed pretty well. And then Frank Fernandez there, too. Both the Fernandez brothers actually. They’re always standout athletes. But all my guys, it’s a team effort and they all did well. They’re all pushing themselves individually to progress.”

In other county weightlifting action, Lecanto defeated Central on Tuesday, 57-17.