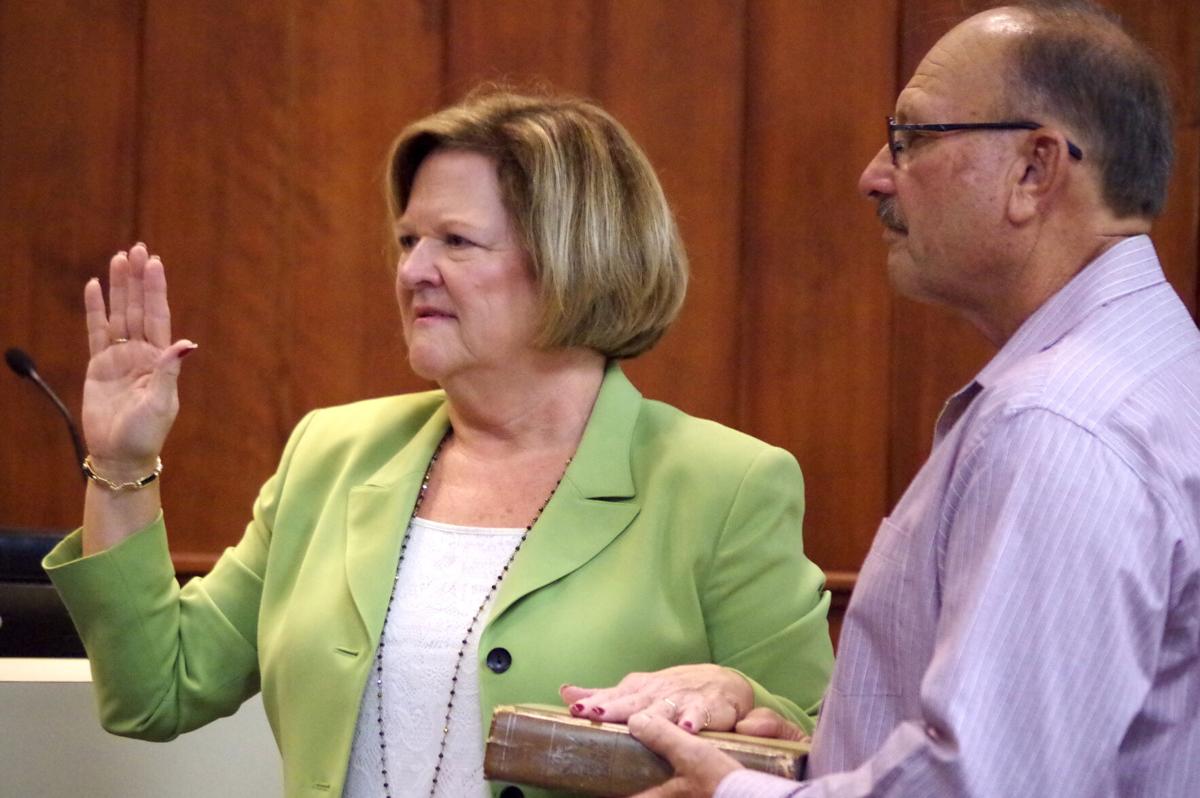 Sandra “Sam” Himmel is sworn in Tuesday, Nov. 17, 2020, as Citrus County’s superintendent of schools. Her husband of 42 years, Dennis, accompanies her during the ceremony. 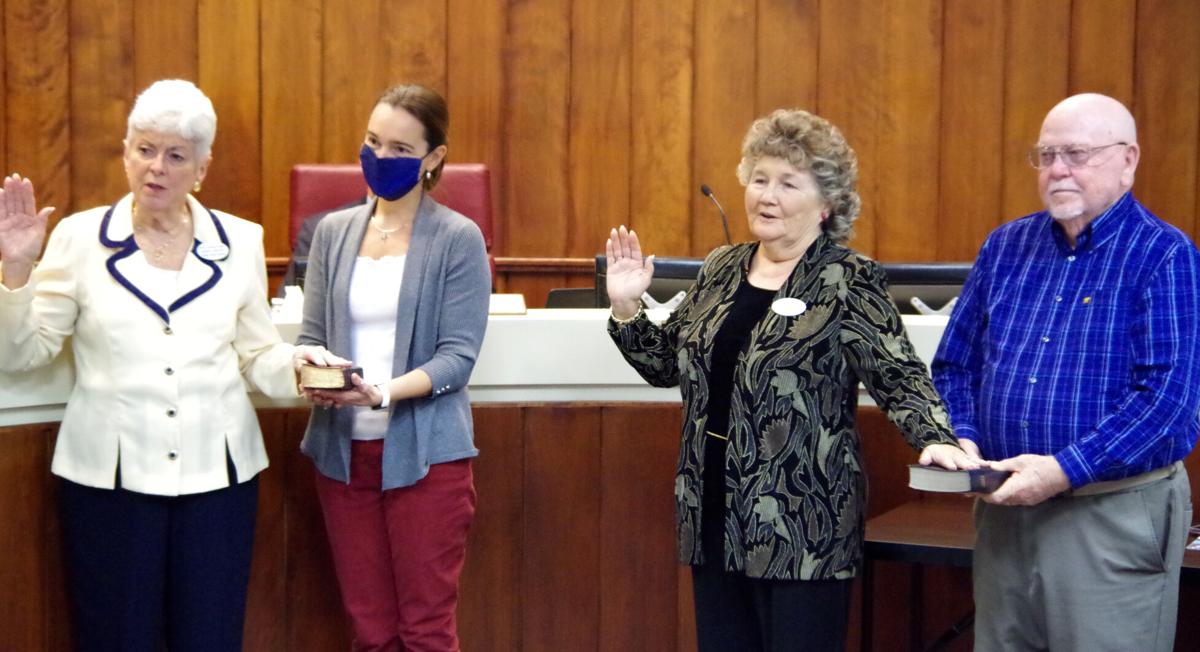 Sandy Counts and her daughter, Becky Clymer, stand to the left of Ginger Bryant and her husband of 55 years, Nick, while Counts and Bryant are sworn in as Citrus County school board members Tuesday, Nov. 17, 2020.

With close family and friends nearby, the incumbents were sworn back into their respective positions during an organizational meeting Tuesday, Nov. 17, 2020, in school board chambers.

Himmel was sworn in by school board attorney Wes Bradshaw, before she swore in Bryant and Counts.

Counts, who starts her second term in office, was re-elected without opposition after candidate qualifiers ended in June.

After coming up just shy of the majority of votes in the primary with two opponents, Bryant was pitted against Danielle Damato Doty in an Election Day runoff, which Bryant then won with 59% of votes, earning her sixth term on the board.

"We should celebrate our teachers and our school administrators … these teachers are showing up, they’re doing what they need to be doing and our kids are feeling safe," Counts said. "I can’t say enough about our school district, and it starts in our classrooms."

Bryant edges Doty for sixth term on school board

Kinnard, three others re-elected without opponents

The 2020 ballot is set and Jeff Kinnard can breathe easy.