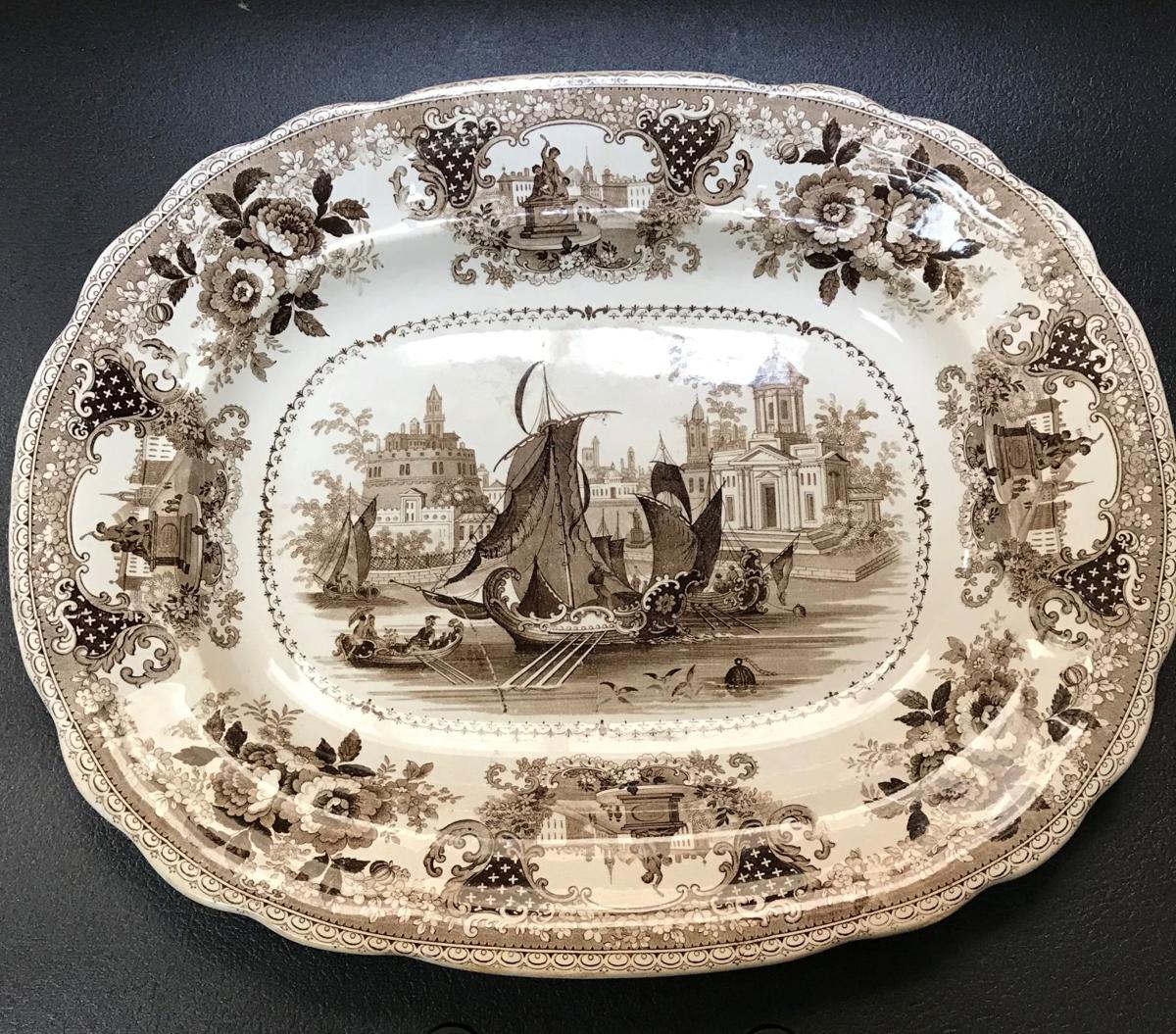 This platter is an example of English transferware, produced in the Staffordshire district of England. It probably dates back to the 1840s.

These three items are pill boxes, not snuffboxes. The giveaway is the mirror on the inside of each, a feature that was never seen on snuffboxes. 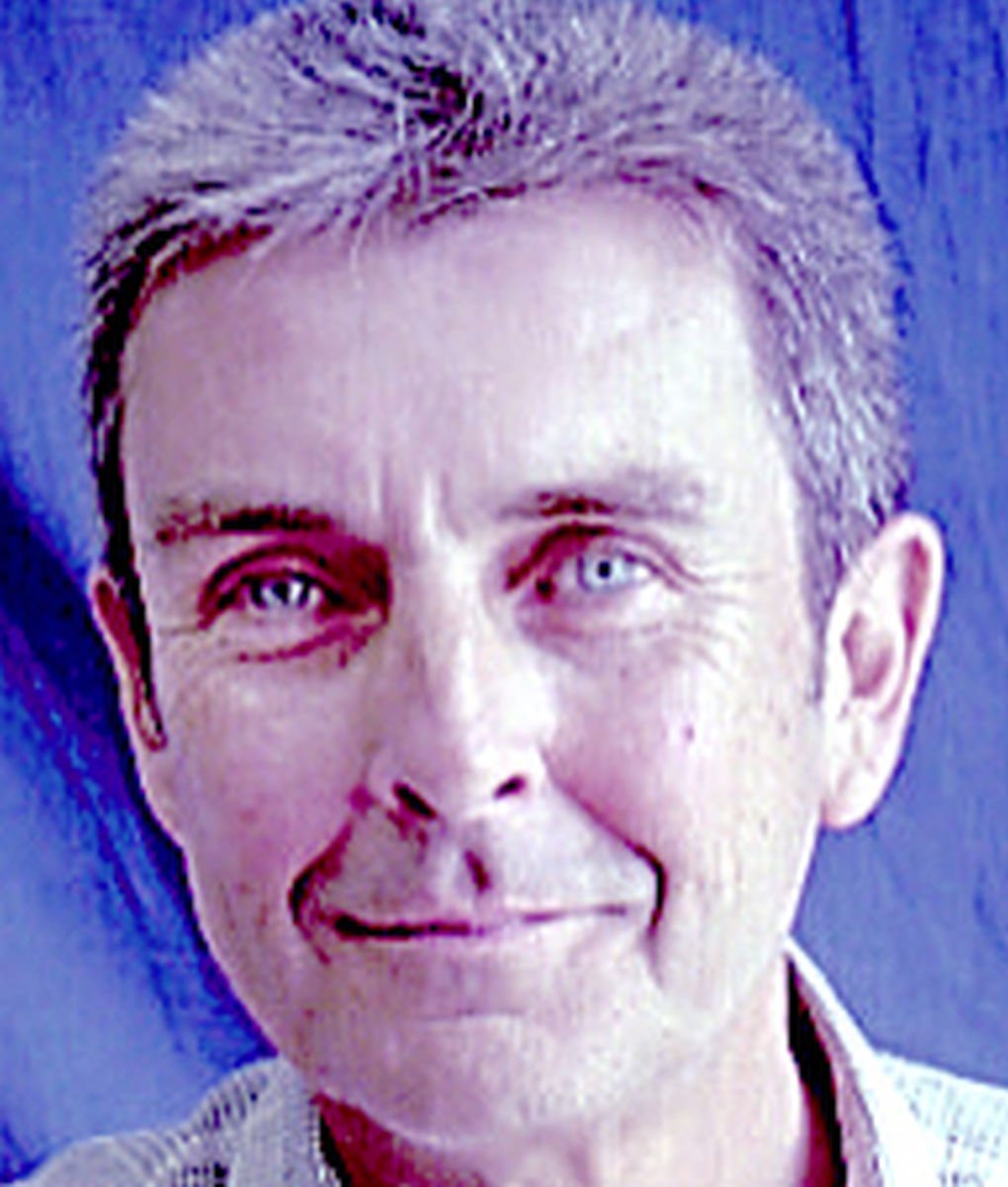 This platter is an example of English transferware, produced in the Staffordshire district of England. It probably dates back to the 1840s.

These three items are pill boxes, not snuffboxes. The giveaway is the mirror on the inside of each, a feature that was never seen on snuffboxes.

Dear John: This large platter has been in the family since the 1920s. My uncle was an antiques dealer in Texas, and he purchased it from an estate during the 1920s. He used it for holiday meals and when he passed away it was passed on in the family. Now I own it, but know nothing of its age, where it was made and what it might be worth. He did not leave any information about the platter. There is no damage except for some slight surface scratches. The only info on the back is the word “Gondola” stamped on the surface with the same brown color as the front. The dimensions are 17 1/2 inches by 14 1/4 inches. Thank you for any help you can give us. — J.G., internet

Dear J.G.: Your ornately decorated platter was made in the Staffordshire district of England. The time of production is circa 1840s. The word “Gondola” on back of the platter is the pattern name. The type of decoration is done by transfer printing that was developed in England in the 18th century. An engraved copper plate is inked with ceramics color, a print is taken from it on paper then pressed on to the surface of the object to be decorated, leaving a monochrome impression, usually in black or blue. The transfer print is applied either before or after glazing. Collectors refer to this type of decorative ceramics as transferware.

Transferware was produced in large quantities and has been a popular category of collecting for a long time. The overall condition of yours appears to be excellent. Potential dollar value is in the range of $100, perhaps more on a lucky day.

Dear John: I have been meaning to get your assessment on these pieces but just got around to taking the pictures; after many attempts, these are the best I can produce. It is a set of three pill or snuff boxes. I am assuming they are brass, with a ceramic type picture on each cover. The largest is rectangular, about 2 inches long with a whooping crane flying in front of a mountain. The square one measures 1 1/4 inches with a leaping frog and lily pad. The third is about 1 3/4 inches with a fish swimming in a pond. Each has a mirror on the inside of the cover, naked metal on the inside and outside bottom with no distinguishing marks. The exteriors feature a scroll type design.

I have no idea of their age, or true purpose, and was wondering if they might have any collector value. Thanks for sharing your expertise. — J.S., internet

Dear J.S.: In the 16th century European explorers discovered that native Americans used tobacco in a variety of ways. One way was to grind tobacco into a fine powder — when sniffed into the nose, it had a stimulating affect, and became known as snuff. When brought to England and Europe, it was immediately popular with the British aristocracy and throughout all of Europe. It became less popular during the Victorian era but lasted until the early 20th century.

Snuffboxes were made of gold, silver, wood, porcelain, tortoiseshell and ivory. Some were decorated with enamel and gemstones and were produced by all the great and notable makers.

Antique snuffboxes have been a popular category of collecting for decades and are aggressively sought after by collectors. Values can range on good pieces into the hundreds and thousands of dollars.

Snuffboxes always used a hinged lid and never used mirrors on the inside. The enameled pieces you have are pill boxes. The overall quality appears to be of a commercial grade. Potential dollar value is catch-as-catch-can.