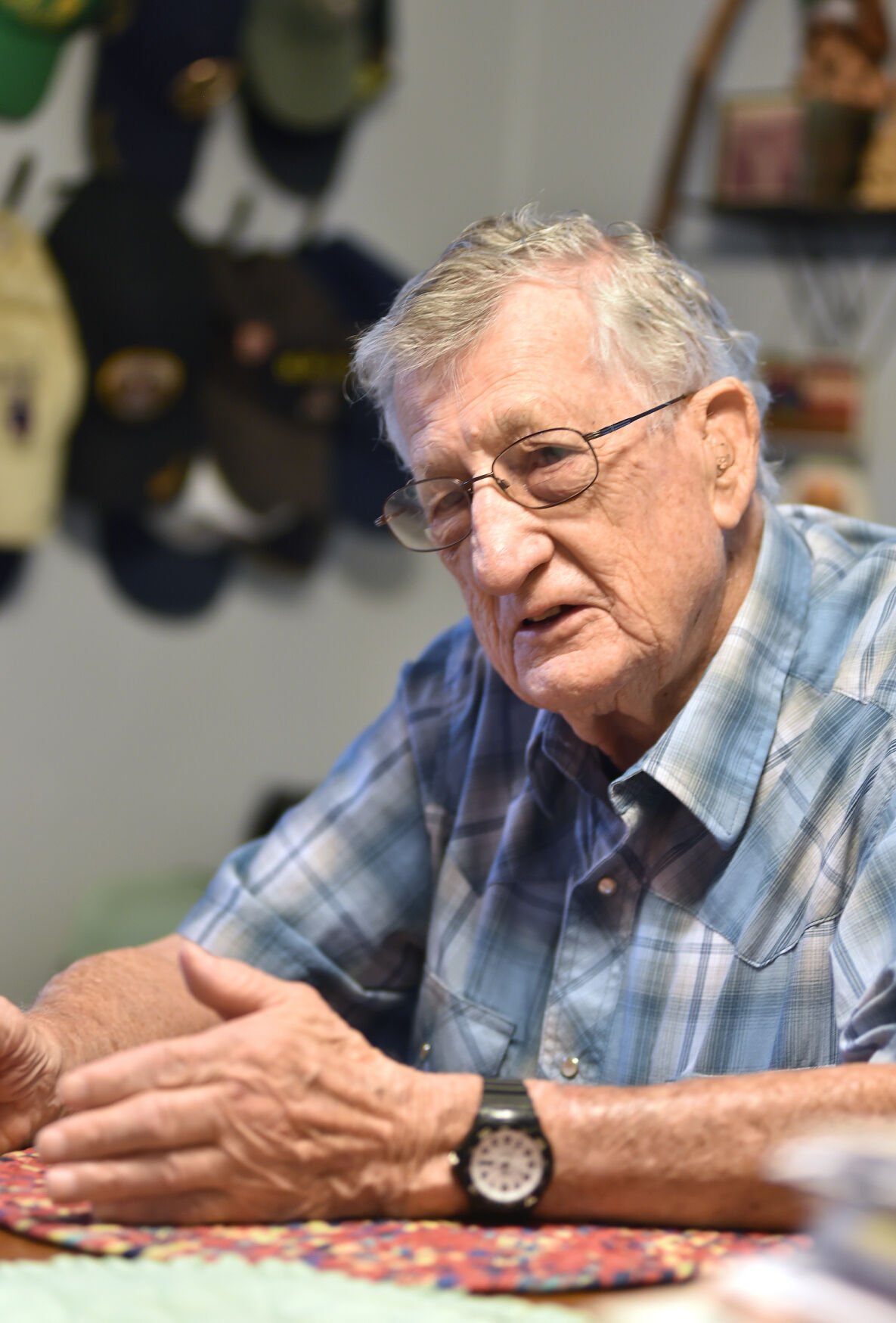 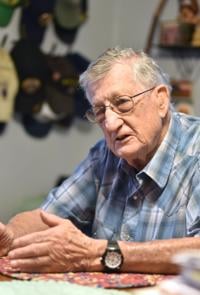 World War II veteran Charles Eddy describes a time in his Navy career when a kamikaze attack on his ship took place. 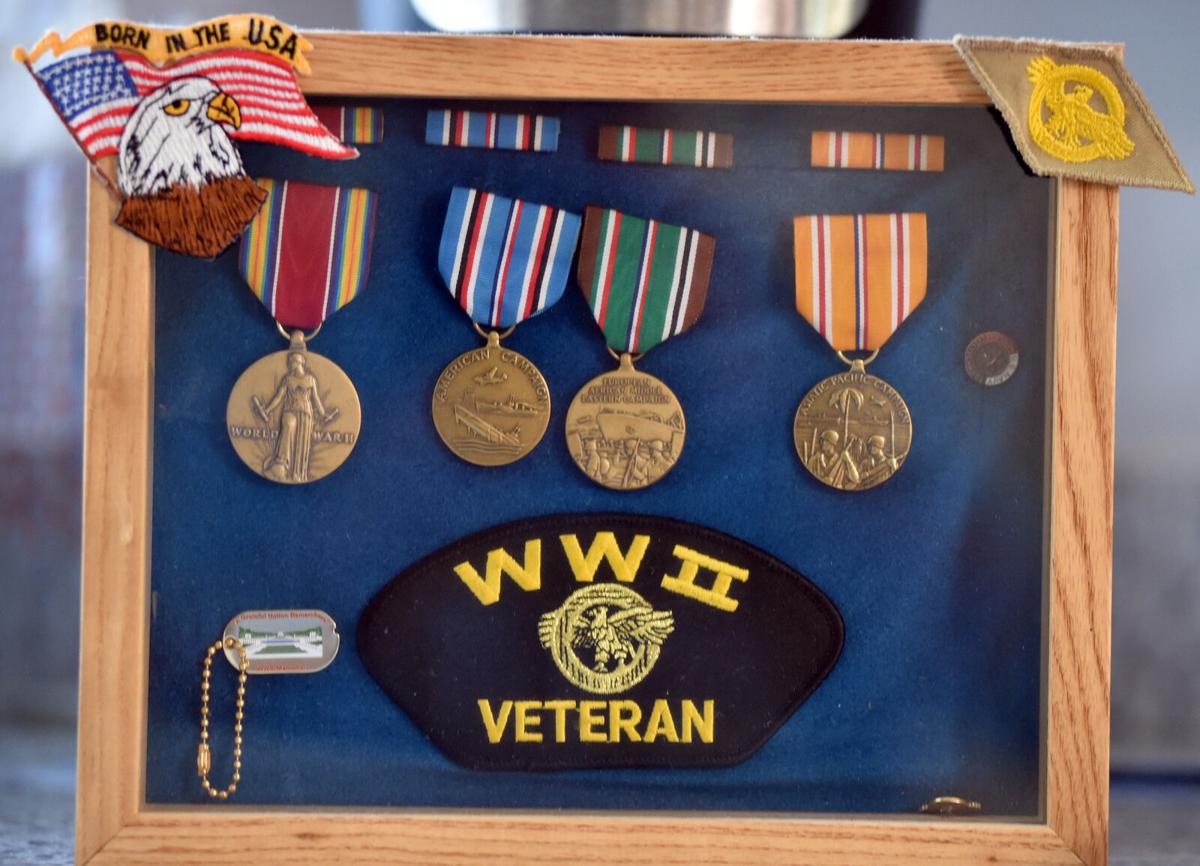 World War II veteran Charles Eddy describes a time in his Navy career when a kamikaze attack on his ship took place.

At 95, Charles Eddy can still see the face of the Japanese pilot as he barreled toward the naval ship Eddy was on.

“We were going into Okinawa,” he said. “We were the lead ship. I was on watch that night and I looked up and there was this plane so close you could pert near touch it.

“I could see the pilot’s face — I still can see it today,” he said. “He hit us mid-ship. It destroyed the communications (system) and about destroyed the ship.”

Eddy said the ship listed about 60 degrees and they floated for hours before another ship rescued them.

World War II ended in 1945, and Charles Eddy has kept his stories mostly to himself all these years, his daughter Tracy Eddy said. But recently, he’s been wanting to tell them.

Eddy grew up in upstate New York where, as a boy, he wanted to be an engineer on a train.

When World War II started, he was in high school. His older brother, William, had joined the Navy, and he wanted to join, too.

“I was 17 and I quit school to go in,” he said. “My parents didn’t like that too much, but they signed the papers for me to go in. But it was OK, because when I got back, I went back to school.

“At that time, World War II, everybody was patriotic. Everybody wanted to serve, and most of them did,” he said.

Another person who wasn’t too happy about him going off to war was Audrey, his then-girlfriend to whom he was married for 71 years before her death in 2018.

“They met in second grade,” Tracy Eddy said. “She was in nursing school and the whole time Dad was gone she wrote him letters every day. He still has them, boxes and boxes of them.”

“You got a good lesson there,” Eddy said. “You marched and marched — lots of marching. We trained on small boats, landing craft where they load all the troops, about 40 or 50 of them.”

Eddy was on one of those landing crafts in June 1944.

“We were heading to Normandy,” he said. “I forgot how many boats there were, but the English Channel was so full of boats ready for invasion, and you could hardly move in the water. You pert near touched one another.

“Then all of a sudden, they gave you orders to move on in,” he said. “So, there were approximately 10 to 15 landing craft that went in at a time, and you had a certain spot you had to beach.”

Eddy remembered one kid, about his age, he befriended on the way over.

“We went in and made the landing, but I don’t know what happened to him,” he said. “I never saw him again after that.

“The worst story is when we got hit by the suicide pilot on the way to Okinawa,” said. “So many wounded, so many dead. The chaplain had to bury some at sea. The worst thing was watching the bodies go down a chute and hit the water.”

When the war ended, Eddy returned to New York.

“My dad built the house he still lives in in 1957,” Tracy Eddy said. “He was a contractor, and he built every house on the block except one.”

Charles Eddy also taught masonry and carpentry at “the Vo-tech,” now Withlacoochee Technical College in Inverness. He also taught at a high school in Ocala.

Until about five years ago, he was a regular participant in the annual Veterans Day parade in Dunnellon.

“I think being in the military is something everyone should do,” Eddy said, “because whenever you run into situations, you have to do it. That’s one way you get to grow up.”