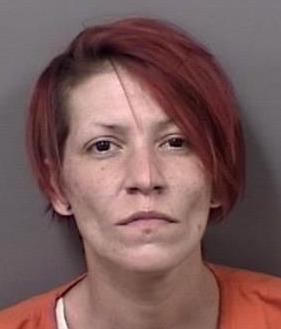 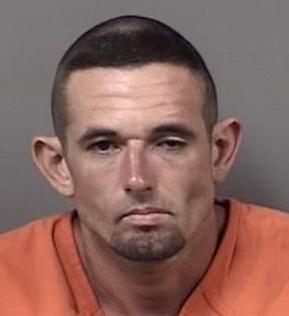 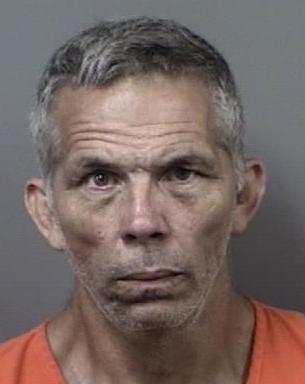 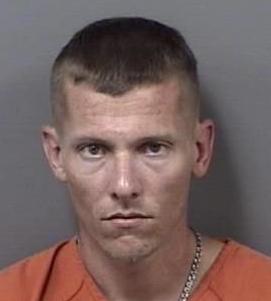 A Citrus County woman is facing felony battery and felony assault charges on a person older than 65 after being accused of hitting and biting the victim.

The arrest saga began when deputies were called for an urgent wellness check Tuesday on the victim. When the arresting deputy arrived at the victim’s home, the man told the deputy that Hapney tried to kill him, thinking that he had stuck her children inside the home’s walls, according to arrest records.

The victim told the arresting deputy that Hapney hit him in the face with her fist, bit him in the shoulder, pushed him to the ground, and strangled him with a pair of blue sweatpants, according to arrest records.

The victim also told the deputy that Hapney said that the victim had one of two choices: either to be choked to death or be smothered.

A witness in the home also told deputies they heard Hapney’s threats and scuffling which was consistent with the victim’s description of events.

Deputies arrested Hapney and took her to jail with no bond because of the domestic battery charge.

Deputies arrested Kenneth McClellen Adkins after he tried to lose law enforcement, arresting the 36-year-old-man and charging him with driving with a suspended license (habitual offender), resisting arrest without violence, fleeing law enforcement with siren and lights on, and possessing drug paraphernalia, according to arrest records.

The events leading to Adkins’ arrest began when a deputy said he saw the man driving his motorcycle at the intersection of South Arrowhead Drive and West Pompey lane in Homosassa. The deputy reported he saw a traffic violation and turned on his lights and sirens following Adkins, but Adkins would not stop. Other deputies also joined the chase.

The deputy continued to follow Adkins, of 1571 S. Sioux Road, for 2.5 miles into a wooded area near West Liberty Lane and South Colonial Avenue and continued to chase Adkins on foot. Deputies caught and arrested him there, according to arrest records. Adkins resisted arrest without violence.

Arresting deputies searched Adkins and found a 4-inch-long metal pipe, which tested positive for methamphetamine residue. The review of his driving record showed he was a habitual traffic offender and that on May 2011 his driver’s license had been suspended indefinitely.

He was taken to jail with a $5,000 bond. Adkins has an extensive traffic violation history including eluding law enforcement.

The search of a Citrus Springs home by Citrus County Sheriff’s deputies earlier this month led to the recovery of a $6,000 all terrain vehicle and the arrest of Robert Lee Thomas of Hernando.

The arrest stems back to an October 2019 report of the ATV being stolen from a Hernando residence. On May 12, 2020, sheriff’s deputies conducted a search at 2691 W. Arbutus Drive in Citrus Springs. One of the items deputies saw at the home was ATV, according to arrest records.

A witness at the home told an investigating deputy that that Thomas had telephoned him and offered to sell him the ATV for $1,200. He told the deputy that he bought the ATV during October, 2019, according to arrest records.

The investigating deputy met with Thomas, 55, of 6798 N. Bent Way. The deputy said Thomas denied any knowledge of the stolen ATV, according to the arrest report.

The investigating deputy met for a second time with the witness who bought the ATV and showed him a photograph lineup, which included a photo of Thomas. According to the arrest report, the witness identified Thomas as the man who sold him the ATV.

Deputies arrested Thomas and took him to jail, charging him with trafficking in stolen property. His bond is $2,000.

Deputies arrested Travis Walter Weimert, 32, of 9450 N. Nest Point, Dunnellon, after the victim of his theft managed to find some of his stolen welding equipment, according to arrest records.

The arrest event began when the victim told deputies that on May 18, he recognized seeing the same black F-350 pickup that he had seen earlier when someone stole some of his welding equipment. The victim said he saw the pickup parked at 4265 E. Nugget Pass Place, Dunnellon, according to arrest documents.

The victim then spoke with the residents of the house and one told him he had loaned his black Ford pickup to Weimert because Weimert told him he had an oxygen blowtorch to sell, but had no vehicle to transport it. The witness showed him the cutting torch and the victim recognized it by a series of burn marks on the hoses and on the cart that was used with the torch, according to arrest documents.

The investigating deputy spoke with the second witness at the home who told him a similar accounting of the sale to the first witness.

The deputy went to Weimert’s home. Weimert said he knew nothing of the stolen property and that he didn’t know the victim.

The deputy arrested Weimert and his bond was set at $5,000.