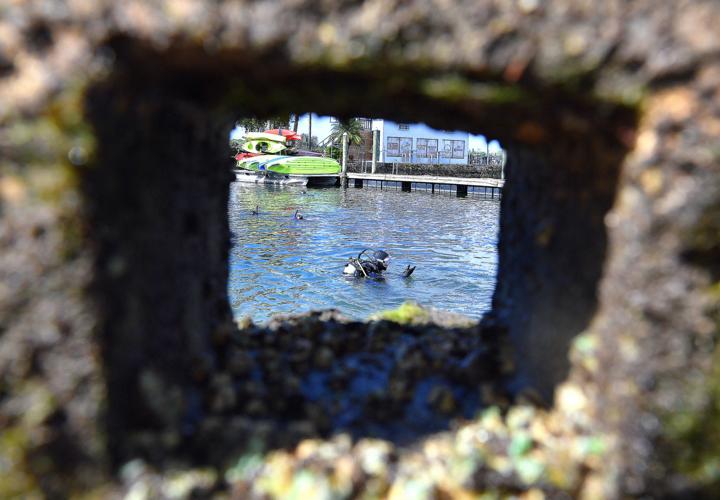 Swimmers and divers are seen through a cinder block that has been pulled from the bottom of the Port Paradise Hotel and Marina Monday, April 25 during a clean-up effort by Save Crystal River and Sea & Shoreline. Items such as paddles, dive gear, trash and other debris like this block are taken from the river and disposed of away from the water. 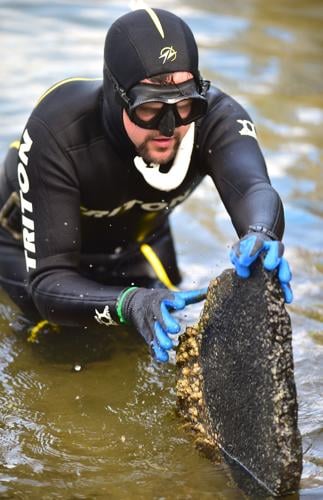 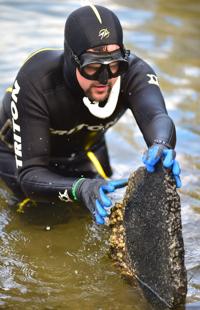 David Cobiella, executive director of Keepers of the Springs, rolls debris up the boat ramp at Port Paradise Hotel and Marina Monday, April 25. He and others volunteer removing debris from the boat basin of the marina. 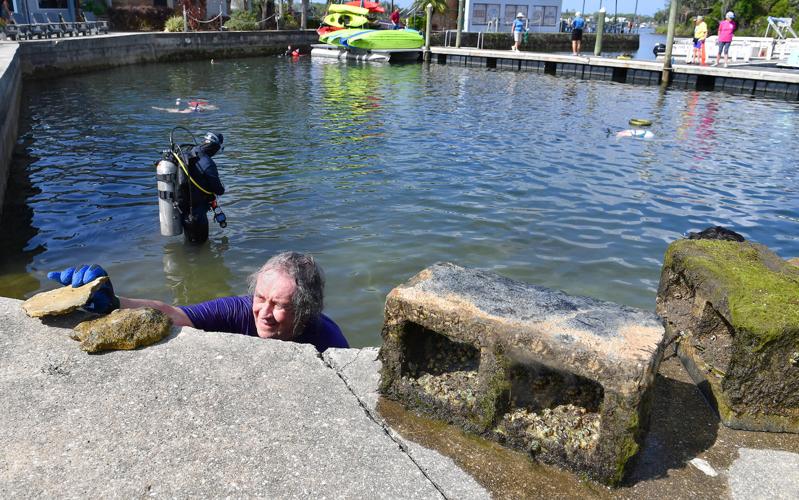 Bill Cuff places debris on a seawall Monday, April 25, during a Save Crystal River and Sea & Shoreline volunteer project to clean the bottom of the boat basin at the Port Paradise Hotel and Marina. 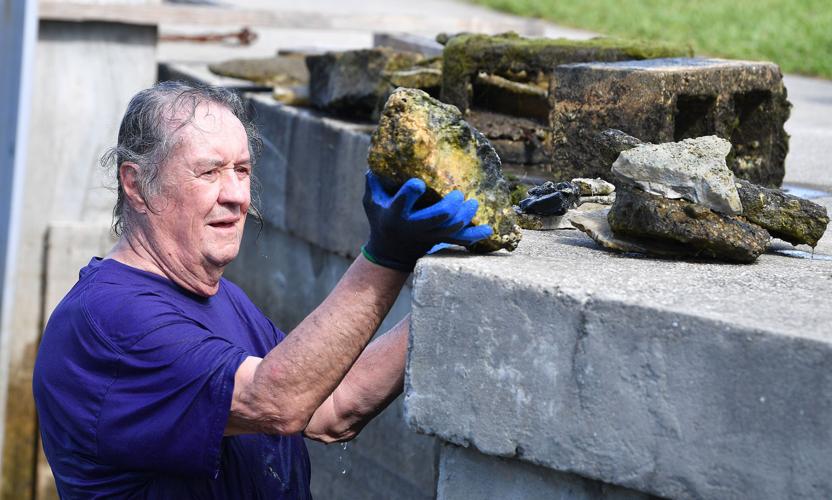 New Hampshire resident Bill Cuff removes an obstruction from Crystal River Monday, April 25, as he and other volunteers work to clean the waterway. Cuff and a handful of others traveled from the northeast to help with the clean-up effort. 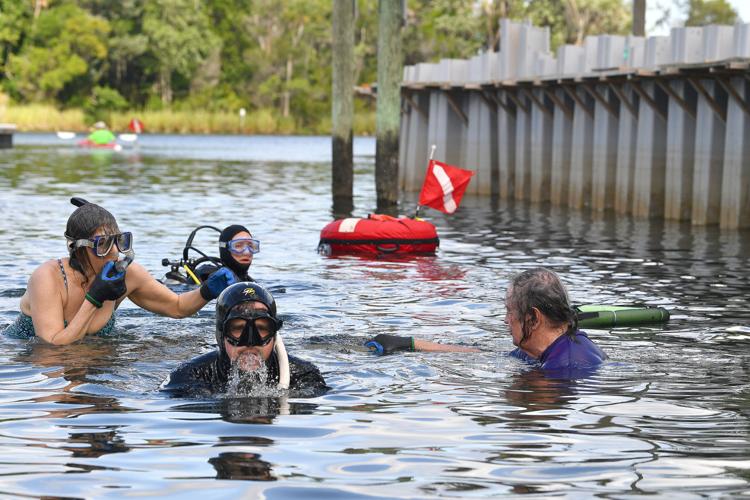 A group of divers and swimmers work Monday, April 25, at the Port Hotel and Marina cleaning the bottom of the boat basin as part of a Save Crystal River and Sea & Shoreline project. 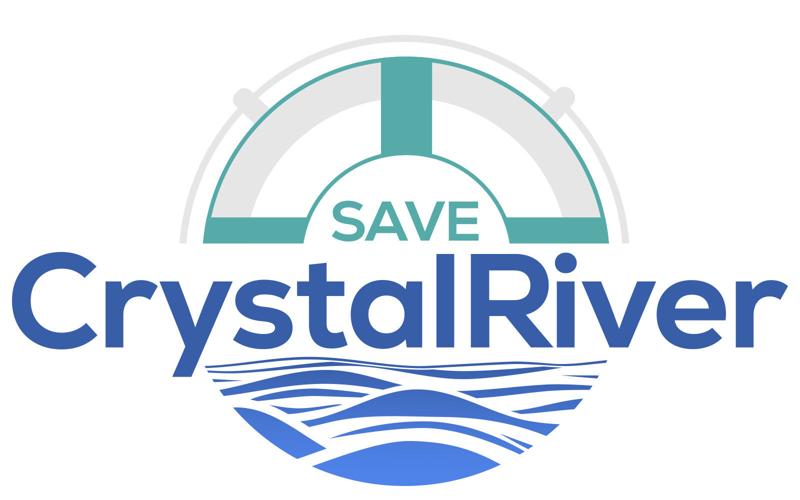 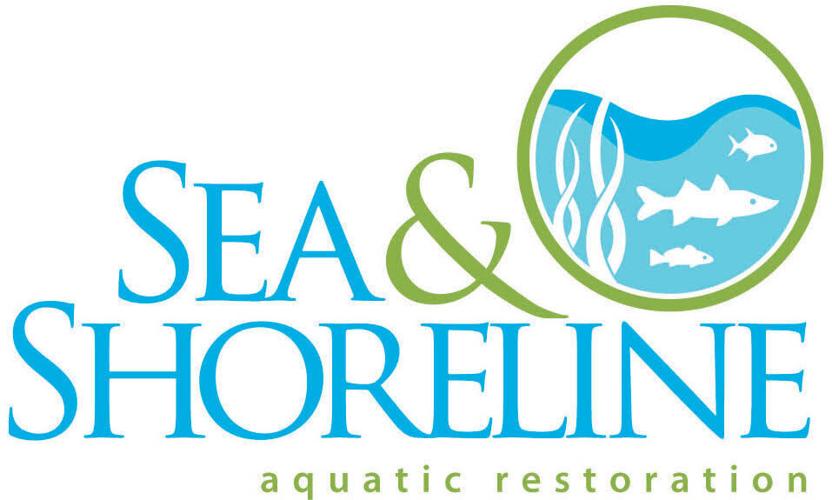 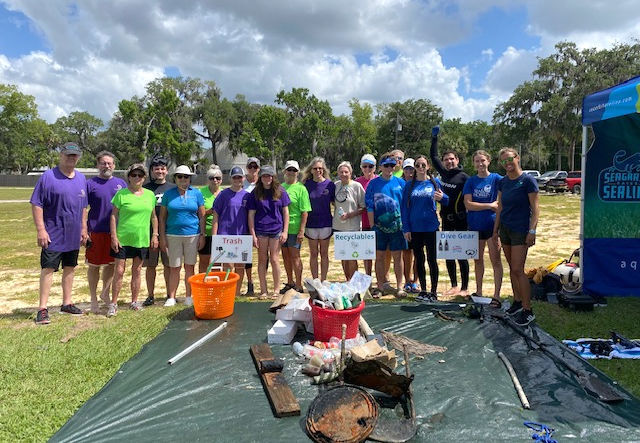 Volunteers pose with the debris they removed Monday, April 25, from the waters around the Port Hotel and Marina in Crystal River.

Reviving King’s Bay in Crystal River has been half the battle for a local campaign bent on bringing lush and habitable eelgrass beds back to the waterway on Citrus County’s coast.

However, the efforts of Save Crystal River’s King’s Bay Restoration Project will be for nothing if perpetual litter and other harmful actions stunt fresh seagrasses from flourishing.

Around two dozen volunteers from four different organizations spent part of their Monday, April 25, cleaning the waters and depths around the Port Hotel and Marina at the end of Southeast Paradise Point Road.

Save Crystal River (SCR) and its bay-restoration contractor Sea & Shoreline LLC, along with their partners, orchestrated the cleanup to coincide with Earth Day and help the start of the eelgrass growing season on May 1.

“We wanted the seagrass to grow on soil, not trash,” SCR board member Tina Champagne said as divers and snorkelers scoured in and around the marina’s cove and docks. “It’s perfect timing.”

“It’s already done so well in here,” Sea & Shoreline biologist Katie Kramer added about restoration project, “but the idea is to get all the trash and debris out so it doesn’t impede the growth of the grass.”

SCR, which started its project with a pilot phase in 2015, has a mission to restore 93 acres of King’s Bay by Crystal River’s 100th anniversary as a city on July 3, 2023. Visit kingsbayrestorationproject.com to find out more.

Sea & Shoreline crews noticed an abundance of debris near the marina last winter while they were vacuuming the water bottom of muck and algae to make way for their eelgrass plantings.

“There are so many people here with all the tour boats, the restaurant, the hotel,” Kramer said. “We can see trash and debris everywhere, and we pick up what we can, but this is definitely where it’s been concentrated to the point where we noticed, and our minor efforts out here while we work just isn’t enough.”

Whatever swimmers pulled from the water Monday was given to helpers on land to sort into trash, recyclables and diving gear for donation to either dive shops or the SCUBAnauts if it can be restored.

Along with bottles, cans and wrappers, other big finds during the cleanup included cinder blocks and concrete stones.

It’s estimated the cleanup removed between 100 and 200 pounds of debris, along with more than 1,000 pounds of concrete, according to SCR.

Brent Fannin, the president and cofounder of Keepers of the Springs, said the Gainesville-based nonprofit of between 300 and 400 has been expanding since 2018 to preserve springs and waterways statewide.

“We also do education in a big way,” he said. “Cleanups are important ... but if we don’t teach people the major issues, like pollution and over-pumping, then we’re kind of missing the major point of what the springs really need.”

Fannin said teaming with SCR and Sea & Shoreline made sense because their King’s Bay Restoration Project is benefitting manatees, which have been starving in other parts of Florida.

“Our conservation efforts are different,” he said, “but for the same thing.”

To learn more about Keepers of the Springs, and the promotional video Fannin shot of Monday’s cleanup, visit keepersofthesprings.org.

“People aren’t going to connect to something if they don’t know anything about it,” Fannin said, “so if we’re getting it out there, we’ll get people excited.”

Word of SCR’s endeavors reached the Northeast and captured the attention of Unlimited Possibilities, or UP.

“We have two main focuses: one is environmental justice, and the other is social justice,” said Joyce Cuff, a board member and founding member of UP, which was founded as a nonprofit in 2010. “We’re a very small organization, but we try to go where we can have the most impact.”

Several of UP’s roughly 100 members traveled from New England to help in Monday’s cleanup before they join in on a similar venture with the Crystal River National Wildlife Refuge.

“We like to work with communities that are already engaged, rather than come in and decide what we want to do for you,” Cuff said. “We try to hook into some project we believe in, and offer some manpower.”

For more information about UP, visit updoitnow.org.

Champagne and Kramer said they wish others see the restoration project and the efforts to maintain it as inspiration to do and learn more themselves on how to keep and spread King’s Bay’s healthy grass.

“Hopefully, we don’t have to keep doing a ton of cleanups like this,” Kramer said, “but what I see as the biggest factor in the continuation of all this is the education...Things like that are the big ticket to keeping this project successful.”

“Being a small community, it doesn’t take long to have good word spread,” Champagne added. “Hopefully, this one project will not just stay here.”