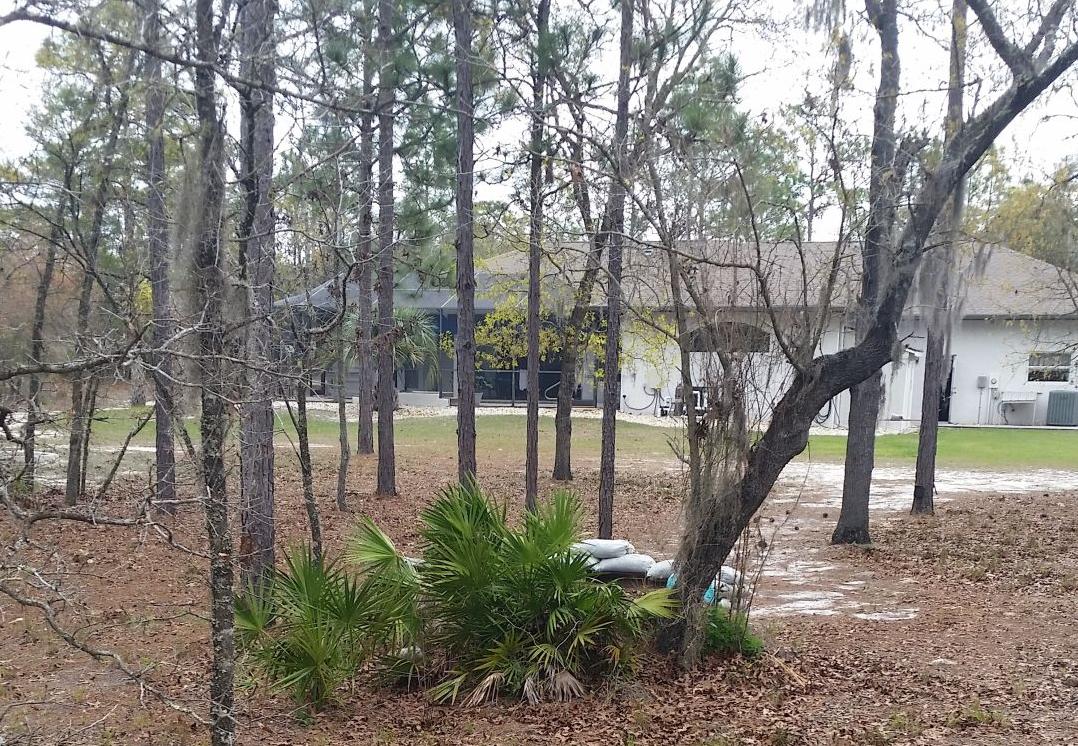 A stack of sandbags, apparently part of a residential gun range facing toward a horse trail in Pine Ridge, is seen behind a palmetto bush in the backyard of a home. 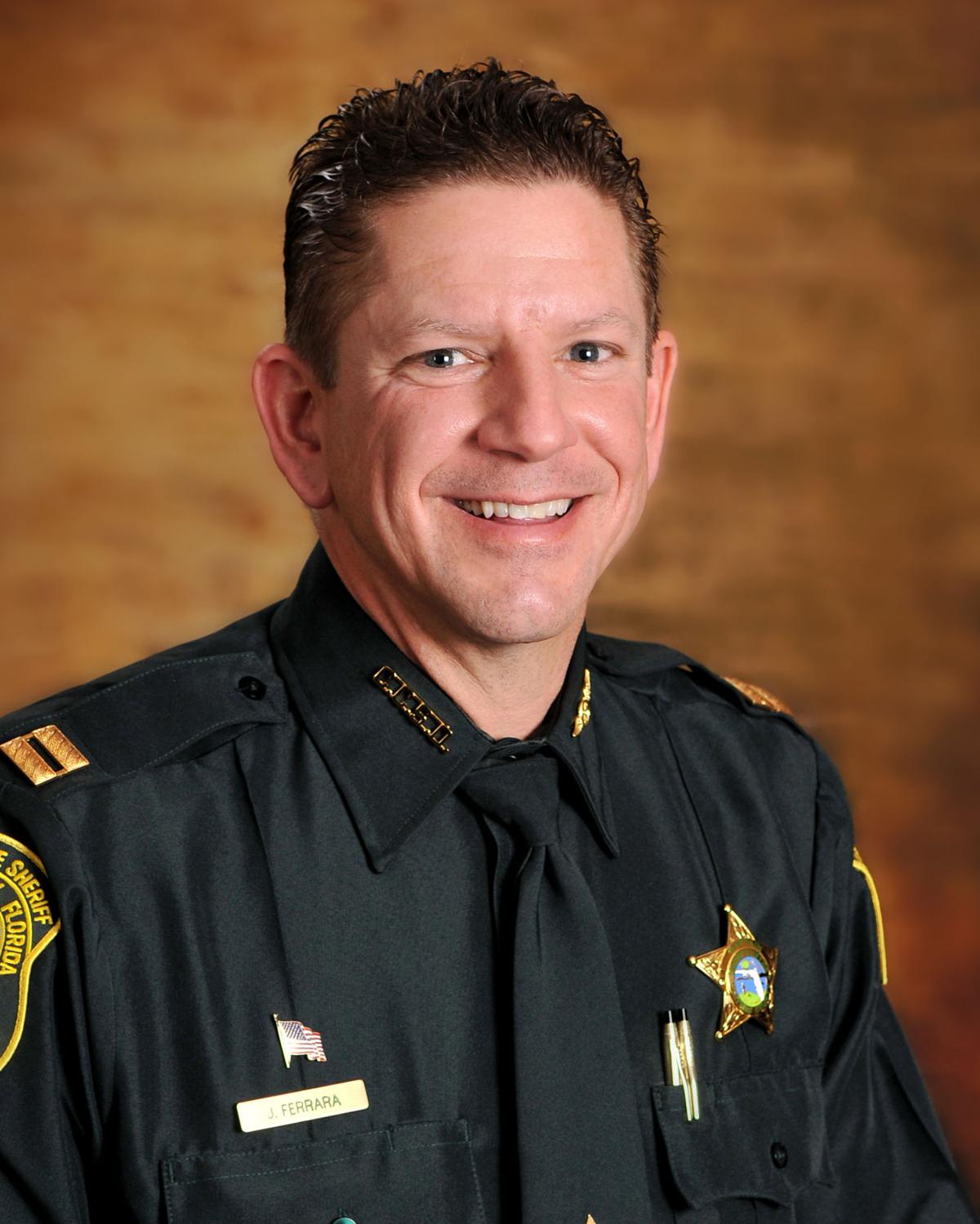 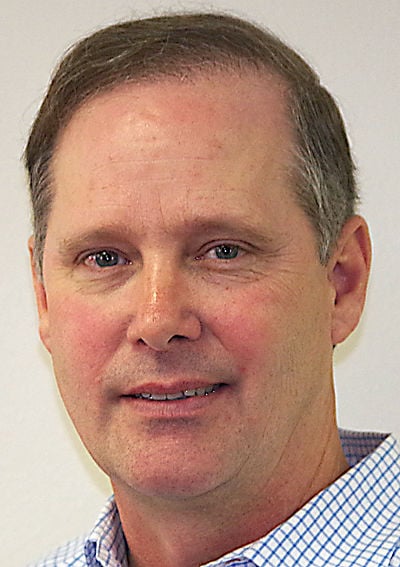 At just over 350 words long, this group of rules sets the premise of how lawmen and prosecutors in the Sunshine State determine if someone recklessly shot a firearm in public or a neighborhood.

It outlaws shooting “in any public place;” on or over “the right-of-way of any paved public road, highway or street;” “over any occupied premises;” or from a vehicle.

And it provides exceptions for a shooter who is lawfully defending their or another’s life, and hunting on state-approved lands.

But when it comes down to firing rounds on a homestead, away from or near other homes, things start getting a little more vague.

For instance, if someone shot at targets outside, they could face a first-degree misdemeanor if police found the shooters were firing in an area they knew “was residential in nature” and had one or more homes — or “dwellings” — within an acre of each other.

However, there are exceptions to this rule for shooters, like accidental discharges and self-defense, according to the statute.

But the most notable exception is if the fired rounds do not “pose a reasonably foreseeable risk to life, safety or property.”

So what does that mean?

Ferrara said CCSO deputies look into numerous calls related to questionable gunfire in the county, which is marbled with adjoining landscapes of dense woods, open farmland and condensed neighborhoods that can have daily echoes of gunfire.

In the end, it’s up to the investigating authorities to decide what warrants a negligent shot, but those rulings are not always so cut-and-dry as shooters and/or evidence can sometimes be hard to find.

“We’ll always respond…and find out where the gunfire originated from,” Ferrara said. “In cases where a crime did occur, and if we do find them, we make sure what they’re doing is within regulations of that law.”

Before firing, shooters need to familiarize themselves with their weapon, their ammunition and their potential targets.

“Know the caliber of bullet, the type of round and what it can do,” Ferrara said. “Don’t assume you’re going to hit a metal target, it could ricochet. You cannot be safe enough.”

While recreational shooters still must adhere to the basics of gun safety, 790.15’s broad interpretation of recklessness, coupled with shooter ignorance, could still lead to accidental property damage, injury or death from a rogue bullet.

“It’s the best part of laws; so many are so broad,” Ferrara said, “but when you leave it to be so broad, you can have horrible things that can happen, and nothing is as horrific than what just occurred.”

In the early afternoon of Nov. 21 — the day before Thanksgiving — a stray bullet fatally struck 58-year-old Sandra Ryder as she was outside her Homosassa home. Sheriff’s detectives questioned a group of minors who were shooting that morning in an adjacent field.

No arrests or charges have yet to be announced in connection to Ryder’s death.

While not familiar with 790.15, state Sen. Wilton Simpson, R-Trilby, said, after hearing of Ryder’s death, he invites members of the Florida Sheriff’s Association to approach him with suggested revisions to the law.

“There’s a lot of personal responsibility that has to be taken when shooting,” Simpson said. “I will have numerous sheriffs look at this thing and see how they’d like to address this. With the respect I have for law enforcement, their recommendation is probably my direction.”

Prosecuting reckless shooters is no simple task for the State Attorney’s Office. Circumstances behind each case are different, and could lead to misdemeanor, felony or no charges at all for shooters, according to Chief Assistant State Attorney Blake Shore said.

“We would have to have some evidence to prove their knowledge of recklessness…that they’re acting in a reckless disregard for the safety of others,” Shore said. “You have to be able to put the person behind the gun, and a lot of people…are not shooting alone.”

Shore said he knows of four defendants who were prosecuted for reckless shooting in Citrus County.

A trio of men were summoned to county court in August 2016 after getting a second-degree misdemeanor citation for culpable negligence. According to court records, they were intoxicated on Feb. 13, 2016, and fired in the direction of an occupied home.

Two of the men pleaded no contest to their charges in exchange for withheld convictions and six months probation, which included them taking a gun-safety course.

In May 2018, 52-year-old Patrick Drake was summoned to court after being cited with a first-degree misdemeanor for recklessly discharging a firearm in March, court records show.

Drake pleaded no contest in November, was adjudicated guilty and ordered to pay a $500 fine, not including $200 in court costs.

Investigations continue into the Nov. 21 negligent shooting that claimed the life of a woman in a Homosassa neighborhood.

More details were released about a negligent shooting that killed a woman last Wednesday in a Homosassa neighborhood.

Editor's note/correction: The prior headline stated the woman mishandled a firearm prior to the fatal shooting. That information had not been …

County should be able to protect neighborhoods

In Florida it is now illegal to use common sense.

Kim Corbin hears complaints all the time. Residents call because someone is firing guns in the neighborhood.

Citrus County gun owners can still squeeze the trigger in their own backyard.

Cathy Brooks is now a little more cautious when riding her horses on the communal trails of Pine Ridge.

Four and a half months after a stray bullet fatally struck Sandra Ryder outside her Homosassa home, authorities have charged a trio of teenage…

It shouldn't be so hard to prove negligence. If an innocent person was killed while minding her own business outside her own home, the shooter was negligent, period.

If noise is the issue, then support the legalization of noise suppressors, Leftist are usually oppose dto allowing people to have them - nothing more than a muffler.

Noises are harmless--stray bullets that are killing innocent people on their properties results in murder. People who kill people with guns should and will spend the rest of their lives in prison, thank goodness.

People who kill people, regardless of the method, should be equally punished.

Every Sunday afternoon there's a barrage of gunshots nearby in my neighborhood. I've tried to drive around and locate the source, but they're deep in the nearby woods. My neighbors and I just don't take long walks on Sunday afternoons and we warn each other about nearby gun activity. Why should we have to lose our quality of life because of idiotic gun nuts and their dangerous addiction. No, the guns aren't shooting on their own, stupid people are shooting them. How many stray-bullet-murders will it take before people actually do something about it?

Why don't you call the Sheriff? it is against the law to shot on other people's property.

A solution to this issue would be for the county to allow private firearms ranges to operate in the county. There have been several businesses who have constructed and applied to operate ranges and it has been turned down by the county. The range at CR490 and Rockcrusher Road is one that I can remember.

There are no “solutions” to this mess, the Florida Legislature has made sure of that with their insane gun laws. With these laws in place, people are not going to take the time to drive to a real shooting range where they have to pay money and follow rules. Besides, no one wants a “private” shooting range turning their neighborhood into everyone else's noise toilet.