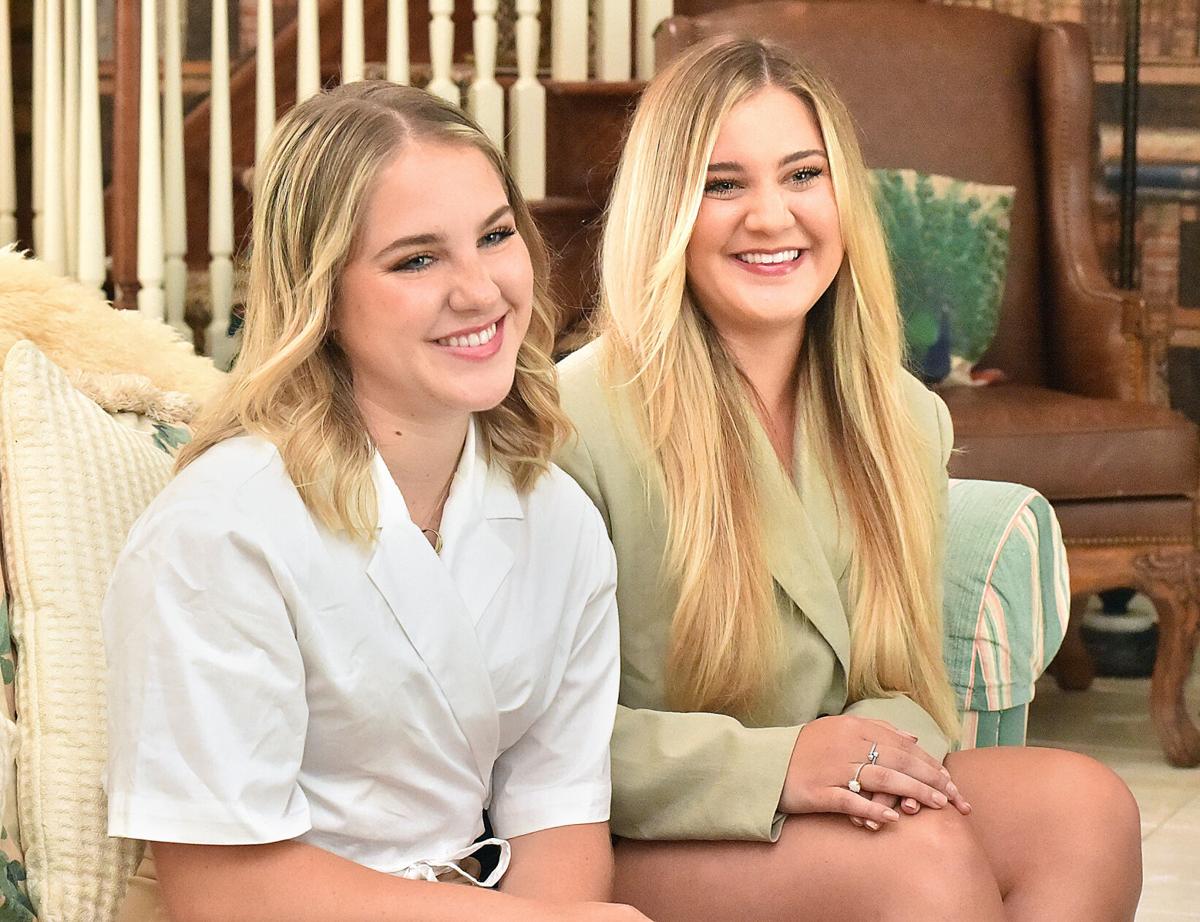 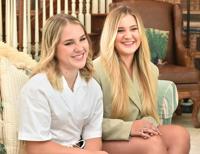 Catherine Schlabach, left, and her twin sister Julia returned to their native Citrus County from college for Memorial Day break. Above, the Lecanto High School graduates and daughters of Citrus County Commissioner Ruthie Schlabach discuss their futures from their family's Black Diamond home.

As they pursue their passions to change the world below and above its border with the stars, Catherine and Julia Schlabach don’t forget how their hometown brought them to such heights.

Born and raised in Citrus County, the 21-year-old twin sisters said they owe much of their accomplishments to the people, schools and organizations they grew up with.

“It’s very important to remember where we came from,” Catherine said. “There’s many more opportunities here than people believe.”

“This is a small town,” added Julia, “but we have a lot of treasures other counties and cities in the state, and in the country, don’t have.”

On Thursday, Catherine shipped out to the Camp Shelby Joint Forces Training Center in Mississippi for two weeks of intensive field training in between her aerospace-engineering studies at Georgia Tech.

It’s another step on her path toward an officership in the U.S. Space Force as a developmental engineer to help design and build the weapons and defenses of tomorrow.

“A lot of research goes into how to make these systems more faster, durable and stronger than the enemy,” Catherine said.

After joining her college’s Air Force Reserve Officers’ Training Corps (ROTC) program her junior year, Catherine was in the top third in her class and was named the lead female cadet in fitness.

Catherine’s top marks recently earned her the commander’s $135,000 scholarship, which is awarded to a cadet to pay for their full tuition, plus monthly living expenses for two years, along with an annual book stipend.

After obtaining her undergraduate degree in two years at Florida State University, Julia has been studying for a master’s degree in global communications at the University of Florida, setting her up for a career in international public affairs.

“There is that little bit of internal rivalry,” she said about her dueling campuses, “but it’s all good, and we’re happy to have both schools covered.”

Julia said she wants to be a global voice for corporations interacting with governments or communities on a mission toward a sensible or charitable cause.

While at FSU, Julia took advantage of being next door to Florida’s capital building, and worked alongside a number of state lawmakers, including Senate President Wilton Simpson, R-Trilby. Julia also helped Rep. Ralph Massullo, R-Lecanto, campaign for office.

“I fell in love with legislative process,” she said. “I’m looking forward on doing something with that in the future.”

Up until they left for college, after graduating from Lecanto High School’s International Baccalaureate program, Julia and Catherine went to the same schools in Citrus County, starting with Forest Ridge Elementary and then middle school at Seven Rivers Christian.

Growing up with a twin didn’t have a down side, the sisters said.

“It’s like a built-in best friend,” Catherine said. “We did have quite a few friends in high school, but if there was spare time alone, we’d always have each other.”

“It’s having that constant challenger; someone that’s going to push you to be the best version of yourself, and someone that understands you in a way no one else would,” Julia added. “We are best friends, but it’s so much more that.”

Spending the first two years apart in college was tough, but, thanks to Julia’s schooling going virtual, the duo were able to live in Atlanta together.

Catherine and Julia took a break from their academic pursuits around Memorial Day to return to Citrus County, where they enjoyed cycling the Withlacoochee State Trail and swimming local springs with their family and old friends.

They also went to a county commission meeting to support their mom and favorite commissioner, Ruthie Schlabach.

“She’s always been that person to fight for the better, not only for our family but for the community as well,” Julia said. “She shows us we’re not always working for ourselves or producing better versions of ourselves, but working for everyone around us.”

“She’s the main example of a strong woman in our lives,” Catherine added. “It shows us we can do it as well.”

Schlabach said her daughters were the products of the county’s prime education system.

“Julia and Catherine are truly an inspiration of what can be accomplished with a great school system,” she said. “They’re just blessings to my husband and I; we’re so thankful to have such amazing twin girls.”

While they’re so much alike, the Schlabach sisters have different interests, which, they hope, will reunite them again in the future.

“I always hope that one day I’d be high up in the space industry,” Catherine said, “and she’ll be high up running the communications of that company. ... So, who knows.”

Catherine and Julia’s message to those growing and learning in Citrus County: keep persevering.

“Aspirations and dreams are amazing, and we should all have them,” Julia said, “but we need to strive for them with impressionable change and with practical steps to get us there.”

“We shouldn’t limit ourselves on what we think we’re capable of,” Catherine added. “We’re capable of a lot, if we put our mind to it.”

If they could change something about Citrus County, it would be to get its youth more involved with it.

“This amazing place,” Julia added, “has really prepared us and launched us into the women we have become.”