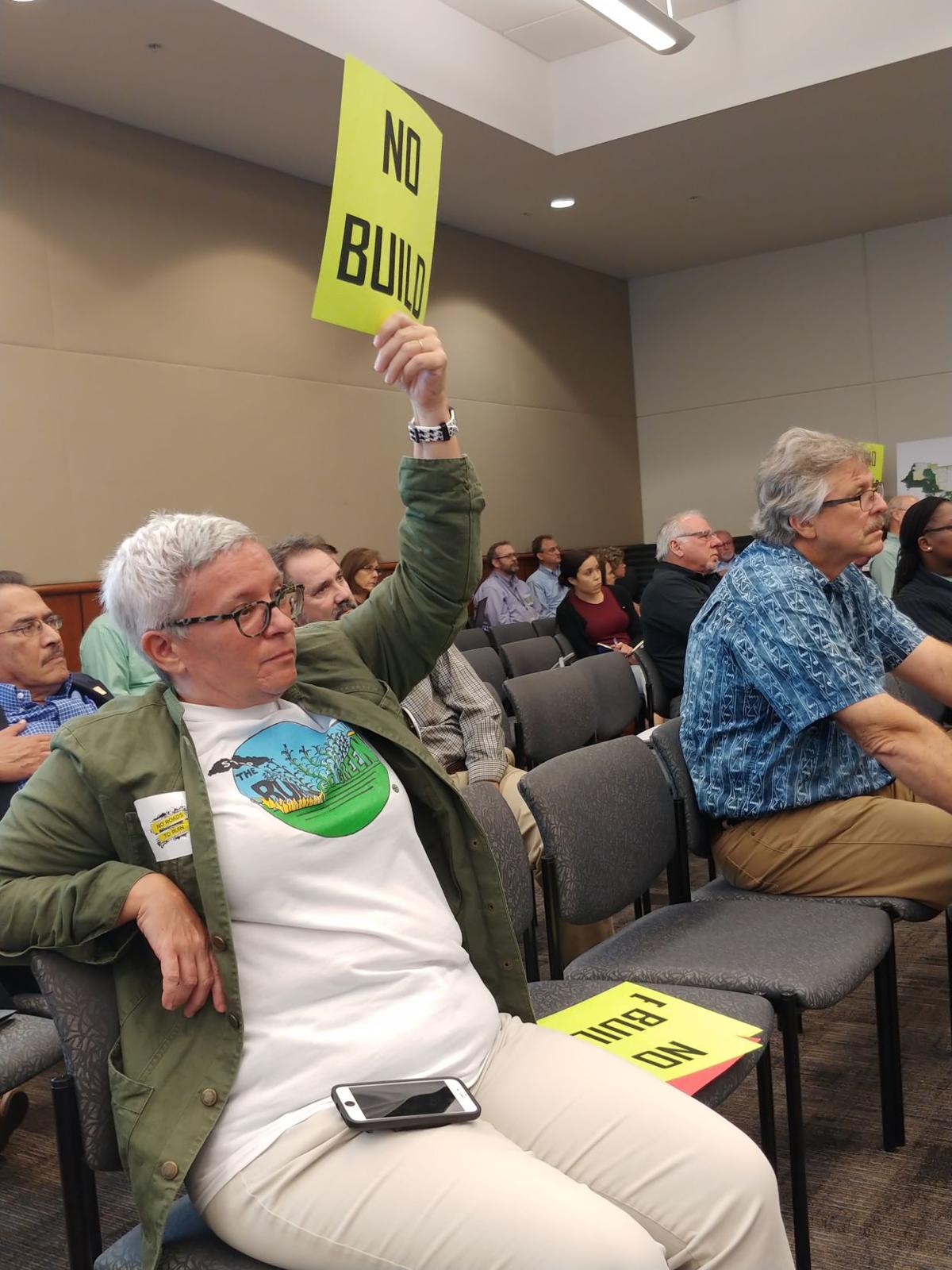 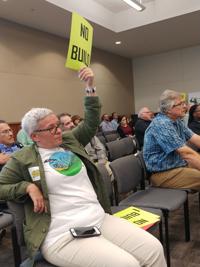 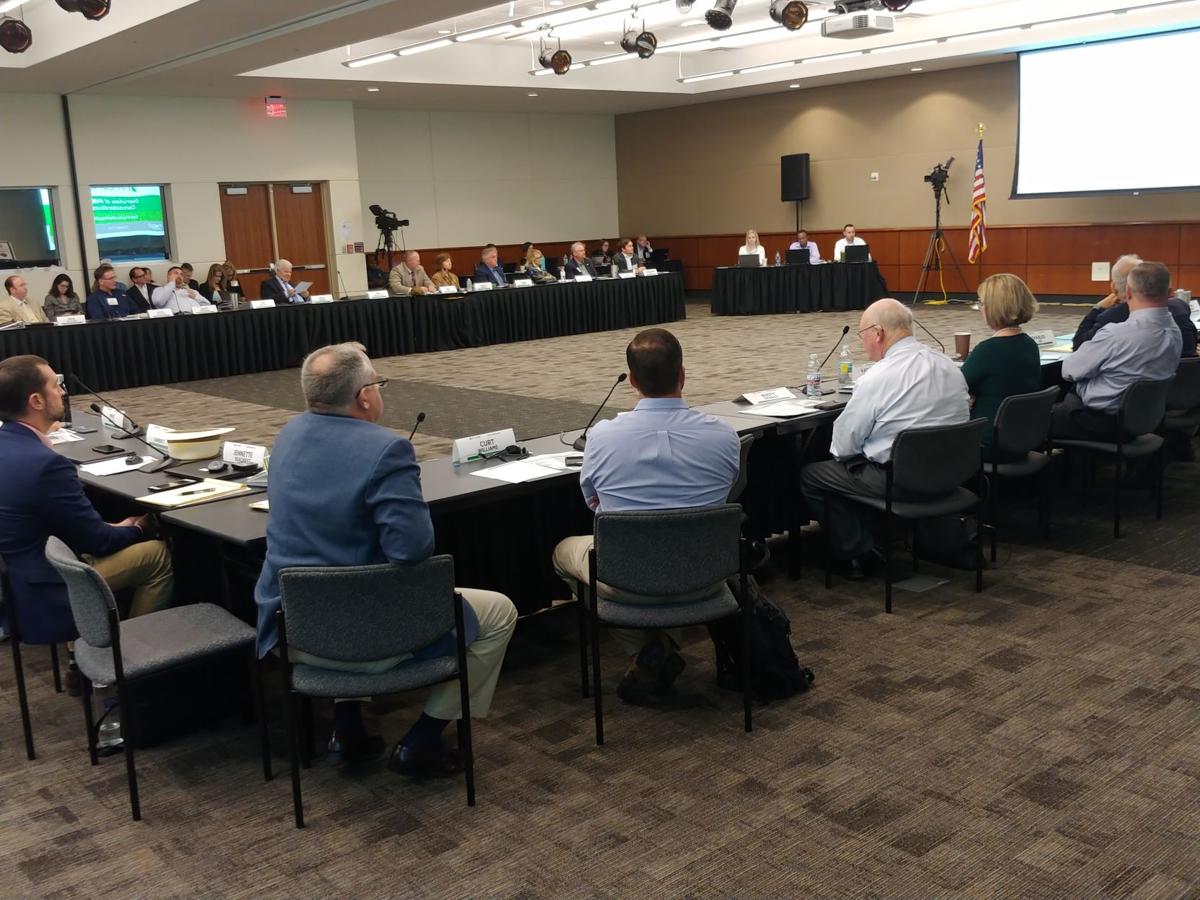 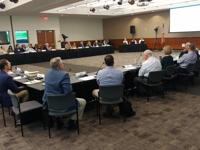 The 39-member Northern Turnpike Extension Task Force meets Tuesday at the College of Central Florida in Lecanto. The group includes commissioners and officials from Citrus, Levy, Marion and Sumter counties.

The 39-member Northern Turnpike Extension Task Force meets Tuesday at the College of Central Florida in Lecanto. The group includes commissioners and officials from Citrus, Levy, Marion and Sumter counties.

No one knows yet where Florida’s Turnpike will intersect with the Suncoast Parkway, but a group began the task Tuesday of narrowing down where it shouldn’t go.

Members of the Northern Turnpike Extension Task Force, meeting at the College of Central Florida, identified in general terms areas the roadway should avoid and others that can be mitigated if they can’t be avoided.

Citrus, Levy, Marion and Sumter counties, which comprise the study area, all have large pockets of farms, springs, wildlife, historical structures and other natural areas that could stand in the way of an expressway.

Task force members are to recommend which of these areas should be avoided altogether, mitigated or even enhanced.

Citrus County Commissioners Scott Carnahan and Jeff Kinnard both noted that rural areas served by septic tanks could be improved by the law creating the toll roads because it also includes the potential for sewer projects in the same corridors. That could help clean up impaired lakes, rivers and streams, they said.

Task force members also discussed the impact on agriculture and family farms. Several members suggested the study break down the types of farms — a farm that produces crops may have a different role than one that produces timber.

“It’s going to affect ag in our county across the board,” Levy County Commissioner Russell “Rock” Meeks said.

Carnahan said the task force shouldn’t assume farmers will oppose the toll road. Some, he said, may be ready to sell.

“They might be willing to say, ‘hey, I want you to come through here,’” he said.

The task force is part of the M-CORES project. M-CORES, mandated by state law, stands for Multi-UseCorridors of Regional Economic Significance. Its goal is to build three new toll roads in the next 10 years — extending the Suncoast Parkway to Jefferson County; connecting the turnpike to the parkway, and building another toll road connecting Polk and Collier counties.

Inverness resident John Wade, during the public comment portion of the meeting, said the state shouldn’t be looking at the turnpike extension until it knows where the Suncoast Parkway extension is headed.

“This task force has the cart before the horse,” he said.

Task force member Charles Lee, director of advocacy for Audubon Florida, said he hopes there is a time for the task force to discuss a “no build” option.

He also said the Florida Department of Transportation should also provide a cost analysis to prove the turnpike system can afford to build three new toll roads.

Task force chairman Tom Byron, FDOT assistant secretary for strategic development, said during a break in the meeting that the task force will not consider a no-build option. He said the FDOT would determine that during its planning and design studies.

The Suncoast Connector Task Force, which includes counties from Citrus north to Jefferson County, meets at 10 a.m. Wednesday at CF in Lecanto.