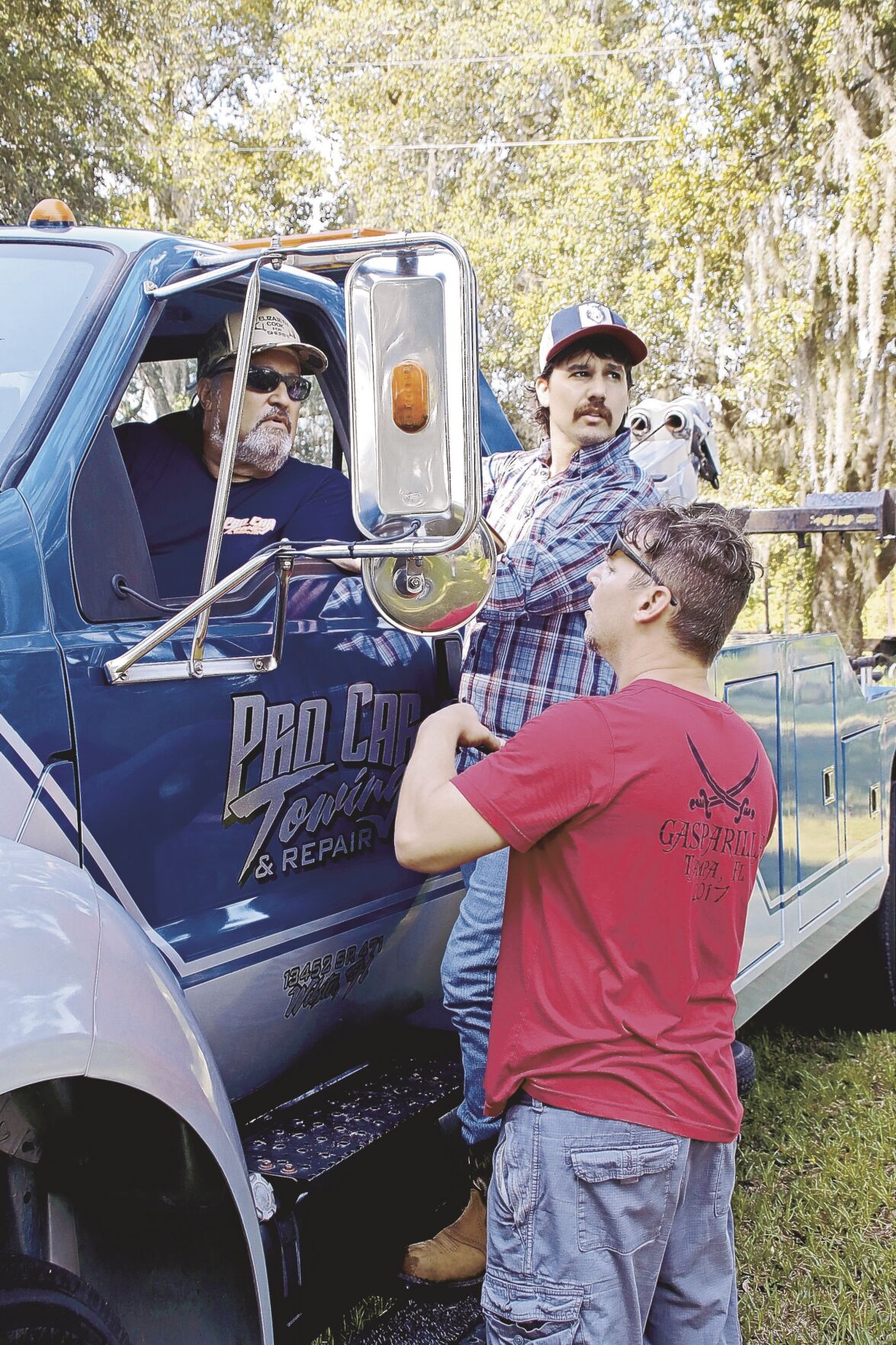 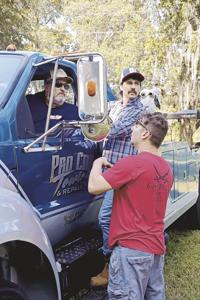 Singer Sam Moran is driving the Pro Car Towing & Repair truck in this scene being set-up by Matt Sparks, front, and Jered Allen, back, of the Crazy Horse Productions video crew.“Stimulus Check,” the video, is coming with the release of Moran’s first solo album “Lines on His Face.” 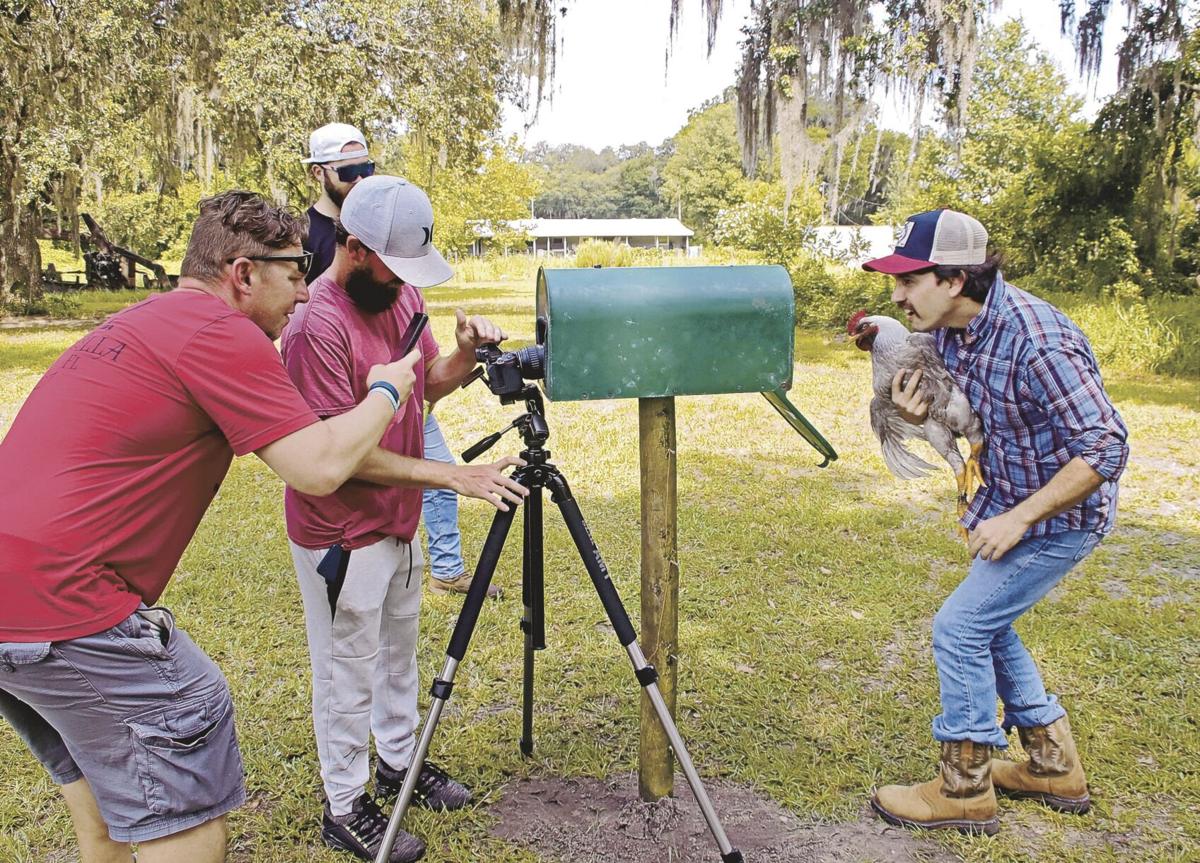 Crew members with Crazy Horse shot a scene for the video, "Stimulus Check." 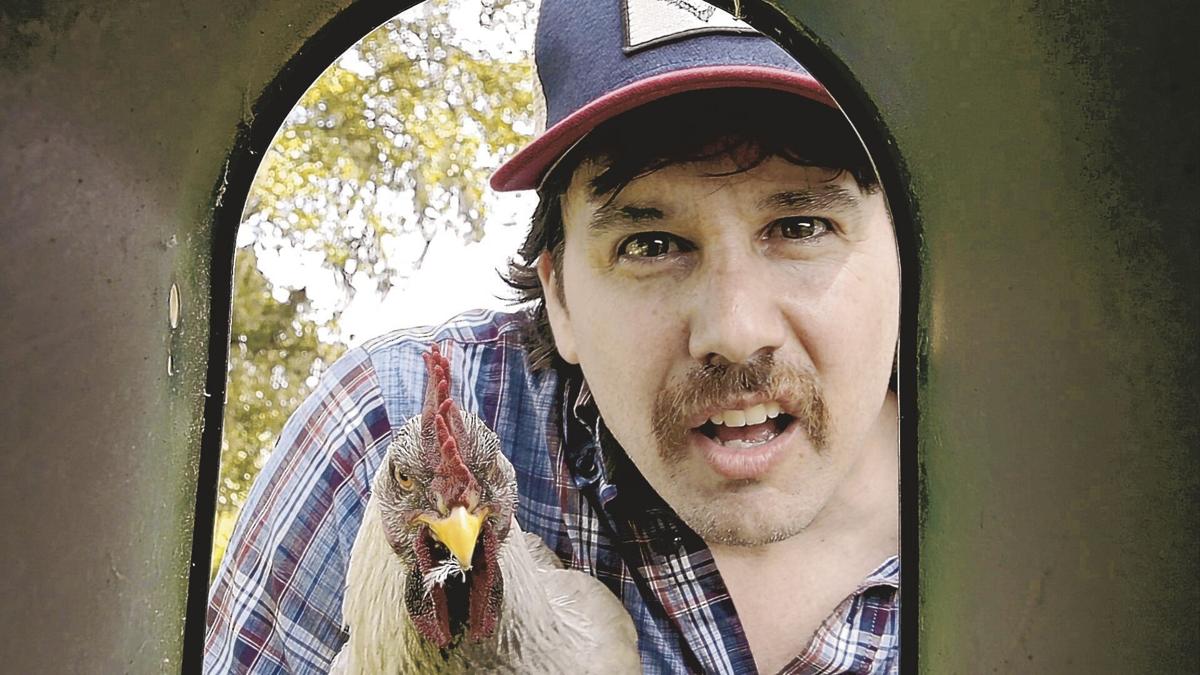 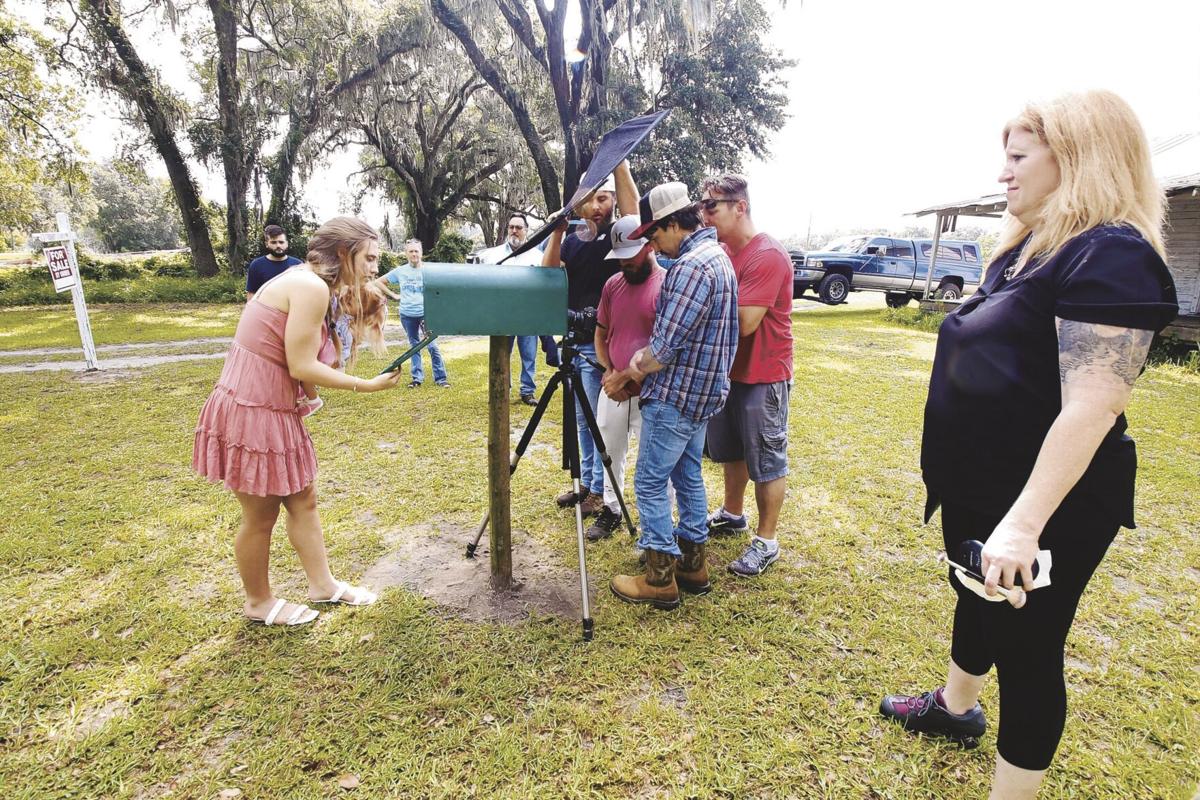 Singer Sam Moran is driving the Pro Car Towing & Repair truck in this scene being set-up by Matt Sparks, front, and Jered Allen, back, of the Crazy Horse Productions video crew.“Stimulus Check,” the video, is coming with the release of Moran’s first solo album “Lines on His Face.”

Crew members with Crazy Horse shot a scene for the video, "Stimulus Check."

BUSHNELL — Sam Moran has a lot to sing about. From his stories and music, it’s apparent he’s experienced much, and created many bonds in his 64-year life. Now he’s followed a dream right into the recording studio for his first solo album – “Lines on His Face.”

Like many contemporary musicians, he also wanted his own music video, which late last month, brought a full crew from Crazy Horse Productions in Lakeland to Tarrytown and Webster.

The crew was “wrapping up” work on the video and Moran expects to realease it about mid-September on a new website and YouTube. He finished up studio recording in early July and was expecting to get CDs earlier this month. He also plans for its release on the major music streaming services.

The 11-song album is all Moran originals, except for one song, he said. The exception is “Driver,” written by his nephew and performed by Moran with a “special guest” — his brother.

Sam Moran is a performance name. Locally, he’s Sam Medigovich, a man who’s plied his hand at an assortment of jobs over decades, all the while honing his music skills.

He took on a number of personas for the video – a rural mail carrier, a tow truck operator, a grocery store janitor and bartender, singing as he went about his work. The video shows a young country couple with a baby who are down on their luck and living some hard times.

It’s about a family facing stacks of bills and frequent phone calls from the “repo man” wanting their pickup truck. In an earlier video of the song, Moran sings “Lord knows it ain’t over yet, but they got me beat down” and that he’s “waitin’ on my stimulus check.”

The man is portrayed by Jered Allen, who also happens to be the director/producer on the Crazy Horse crew. His young wife is portrayed by Tampa actor Samantha Reddy, performing in her first music video.

In a secondary role, there’s also a baby — but, she’s just a child-sized doll that looks remarkedly like Reddy. And, there’s a brief impromtu appearance by a local rooster.

On a warm, humid Saturday morning, they were shooting at Moran’s log home tucked in the woods near Tarrytown, as well as at Jackie’s Market and The Rocking Chair bar, both in Webster. They also shot footage in the front yard of an old cracker house off State Road 50, near Tarrytown. Pro Car Towing & Repair in Tarrytown polished up their tow truck for segments of the video.

The project is a visualization of “Stimulus Check,” a song from Moran’s first studio-produced album, recorded in Nashville. While the album name, “Lines on his Face” comes from a song to which Moran has strong emotional ties, that particular song is not on the album.

It’s not his first venture into country music — or music in general.

“I never liked being pigeon-holed into a genre,” Moran said between scenes.

He grew up listening to legends of country music like Tammy Wynette and George Jones. He developed a liking for 1950s-era rock and is a self-described lifelong Pink Floyd fan.

He’s got a sometimes gravelly sort of singing voice that tends to be reminiscent of singers like Waylon Jennings.

He commented that he’s been writing music for years. His songs tell stories of many places and many characters. Performance videos from the past decade or so — when he was playing with a band called the Tavern Kings — tend to bring out sounds that are like echoes of Creedence Clearwater Revival, The Eagles and maybe a bit of the Traveling Wilburys.

His music reflects his environment and the people who have touched his life. One of the pieces he has performed with obvious enthusiasm is “Brushy Creek,” a song about his backwoods cabin in a place by the same name in the mountains of western North Carolina.

From the same locality comes a song really special to Moran. “Lines on his Face” came from a friendship with an old man living in the Brushy Creek community.

“I met this old man, Smoky Burnett,” Moran said. “My wife had met him and said I needed to meet him. I would go up (to Brushy Creek) to recluse and decompress. The place has always been inspiratiional.”

“He was in his mid-70s and a beekeeper. As he grew up, his dad knew nothing but work. Smoky kept an old guitar in the barn because his father didn’t want it in the house.”

At 17, Smoky “got the hell out of there.” Went to Newport News, Virginia, and got a job in a shipyard. He also began to play some music, eventually meeting people like Carl Perkins and Chubby Checker.

Smoky planned to go to Alaska to “play some gigs,” and made it as far as British Columbia, where the band soon realized that driving to Alaska was simply not practical. So, he settled in Saskatchewan, Canada, and ran a club for 20 years, booking people like Celine Dion before she became a music legend.

“I had a lot of time on my hands and spent a lot of my time in his honeyhouse,” Moran said, noting that Smoky always rolled his own cigarettes.

“One night, he struck a lighter and you could see all the lines in his face,” Moran said, emotionally adding, “he meant so much to me — he was like a grandfather.”

“I’d go check on him after he had a bout with cancer and ‘chemo’ and thought he was going to be alright. Then, at one point, he looked like he was fixing to die.

“Words poured out of me like the tears down my face,” Moran said. The result was another Moran song, “I Guess I’m Ready To Go.”

It somewhat chronicles Smoky’s life. Moran said he couldn’t sing it for his friend.

He later told Smoky about the song and the aging friend asked Moran to sing it, “Lines on His Face” and Randy Houser’s “Lead Me Home” at Smoky’s funeral.

“I was honored to play at his funeral with one of his guitars,” Moran said. “He was a simple man; didn’t want people dressing up.”

Like Smoky, Moran was apparently a bit of a vagabond. Although he’s been playing around Central Florida for about 40 years, he made a few stops along the way to getting his Tarrytown home site in south Sumter County in 1993.

Moran left Arizona in the 1980s and worked about a decade driving the “big rigs” — semi tractor/trailers. In between loads, back in what he termed “those old Smoky and the Bandit days,” he learned to play the guitar.

He hit a few rough spots over the years. There was one instance when — as he described it in an online biography — he became the “hood ornament” on a vehicle that hit him, flipped a Ranchero end-over-end with some friends and survived a small airplance crash with his brother.

And, he noted that he did not get a really warm welcome to the south with another patron of an Alabama “juke” stabbing him in the stomach.

But, he eventually got to Central Florida and in 1986 began managing the Mills lime rock mine at Ridge Manor. Then went on to become a full-time charter boat captain in 1990.

That business generally came to an end with the Deepwater Horizon oil spill in the Gulf of Mexico and the nationwide recession that soon followed.

That’s got a strong connection to the music video shot last month.

“Ironically, I wrote it when Obama was president and I still had the charter boat,” Moran said. “There was the oil spill and the recession, but, fortunately, my wife had a job.

And, from that, a song was born — “Stimulus Check.”