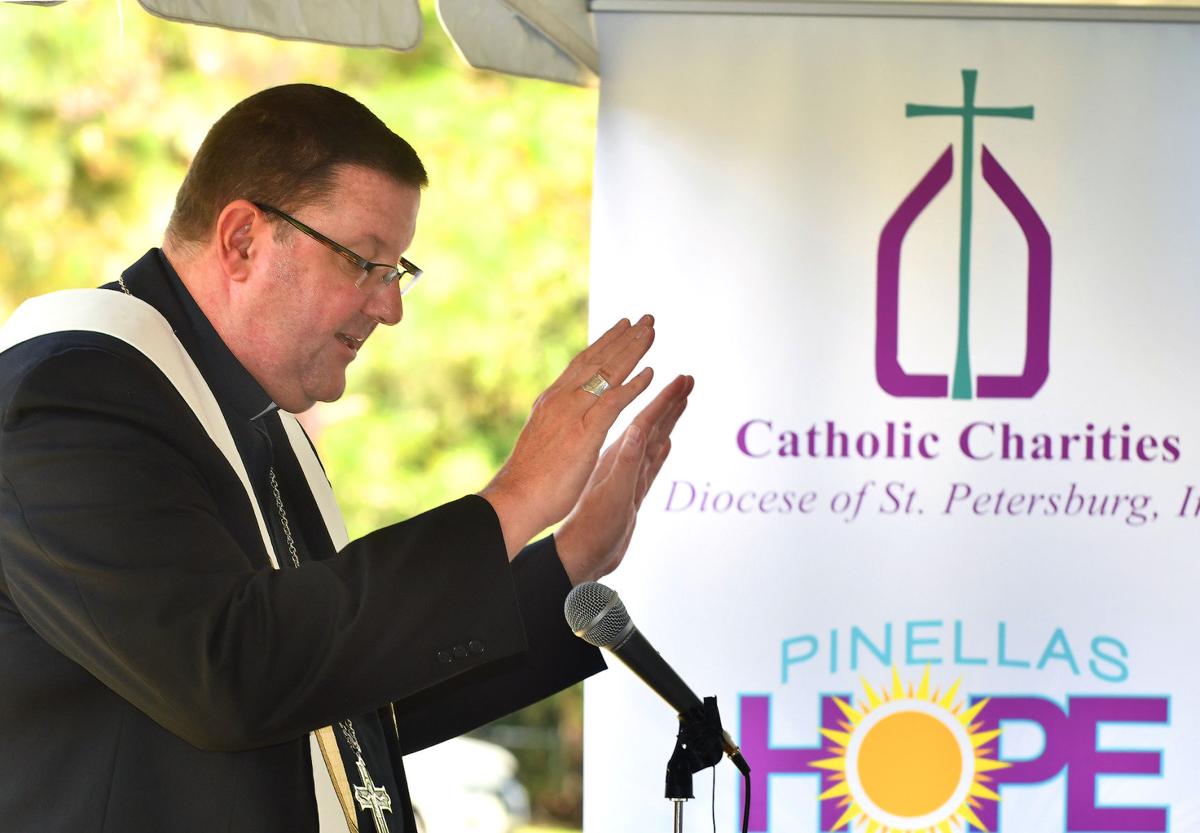 Diocese of St. Petersburg Bishop Gregory L. Parkes prays Friday morning during a ground-breaking and blessing ceremony for the new St. Benedict Housing facility in Crystal River. The facility will provide shelter to the homeless. 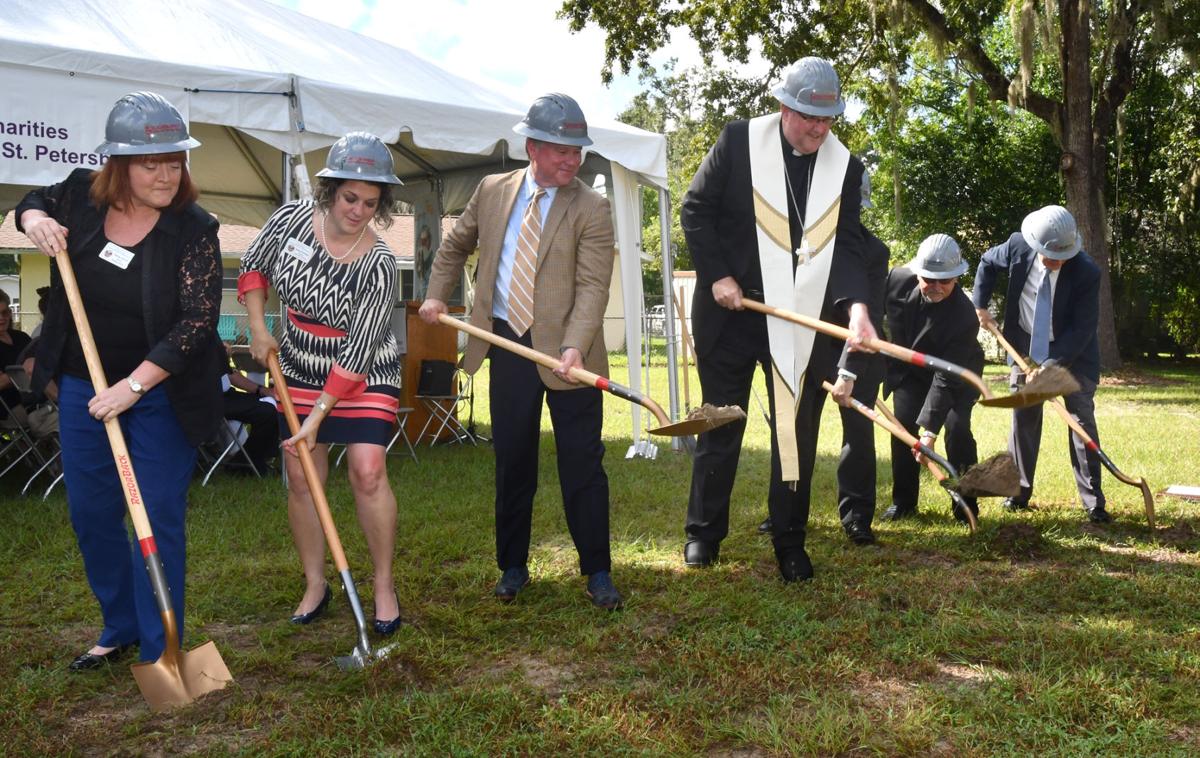 Diocese of St. Petersburg Bishop Gregory L. Parkes prays Friday morning during a ground-breaking and blessing ceremony for the new St. Benedict Housing facility in Crystal River. The facility will provide shelter to the homeless.

As bishop of the Diocese of St. Petersburg, the Most Rev. Gregory Parkes has a challenge for the local Catholic churches — “Courageously living the gospel.”

One of the goals of this challenge is to establish eight to 10 new locations of affordable housing throughout the diocese, under the umbrella of Catholic Charities’ Shelters of Hope initiative.

On Friday, on the grounds of Daystar Life Center in Crystal River, Parkes, members and friends of the Catholic community and Citrus County community partners broke ground for St. Benedict Housing, a 10-unit complex of affordable rental housing for low-income families.

The project includes the renovation of a house that’s already on the site and nine apartments — a total of five one-bedroom units and five two-bedroom units. Of the 10, two are designated for veterans giving priority to those who are chronically homeless or with a disabling condition, said Elle Kane, Catholic Charities director of northern counties, earlier this week.

Kane added that all of the services offered by Catholic Charities are for anyone and everyone, regardless of faith affiliation.

“We don’t just serve Catholics; we serve everybody in need because we’re Catholics,” she said.

In his opening remarks Friday, Parkes said when he first became this area’s bishop a year and a half ago, he conducted listening sessions and asked three questions: What is the diocese doing well? What needs improvement? And what should they focus on as a local church?

Frank Murphy, Catholic Charities board of trustees president, said that the diocese has “Shelters of Hope” (about 1,959 units) throughout five counties in the Tampa Bay area, but this is the first time they’ve considered Citrus County, the northernmost county in the diocese.

Murphy said it would not be possible without the collaboration of community partners, including Citrus County government, Brannen Banks, Florida Housing Finance Corp., plus local Elks lodges, Rotary clubs and Daystar Life Center.

“You can’t do something like this by yourself,” he said. “It won’t work.”

Major funding for the $1.3 million project includes a $750,000 forgivable loan from Florida Housing Corp. and $50,000 in SHIP funding from Citrus County.

“This project is a perfect example of why we do what we do,” said Tobey Phillips, Citrus County Community Services director. “To be able to put $50,000 of SHIP funding into this project is phenomenal.”

Just prior to donning hard hats and picking up shovels, Bishop Parkes blessed the grounds, sprinkling it with holy water.

“Brothers and sisters in the Lord, the work we are beginning today should enliven our faith,” he said. “Whenever we look to the interests of our neighbor or the community and serve them, we are, in a sense, God’s own coworkers. So, let us pray for his help...to bring this construction project to a safe completion.”