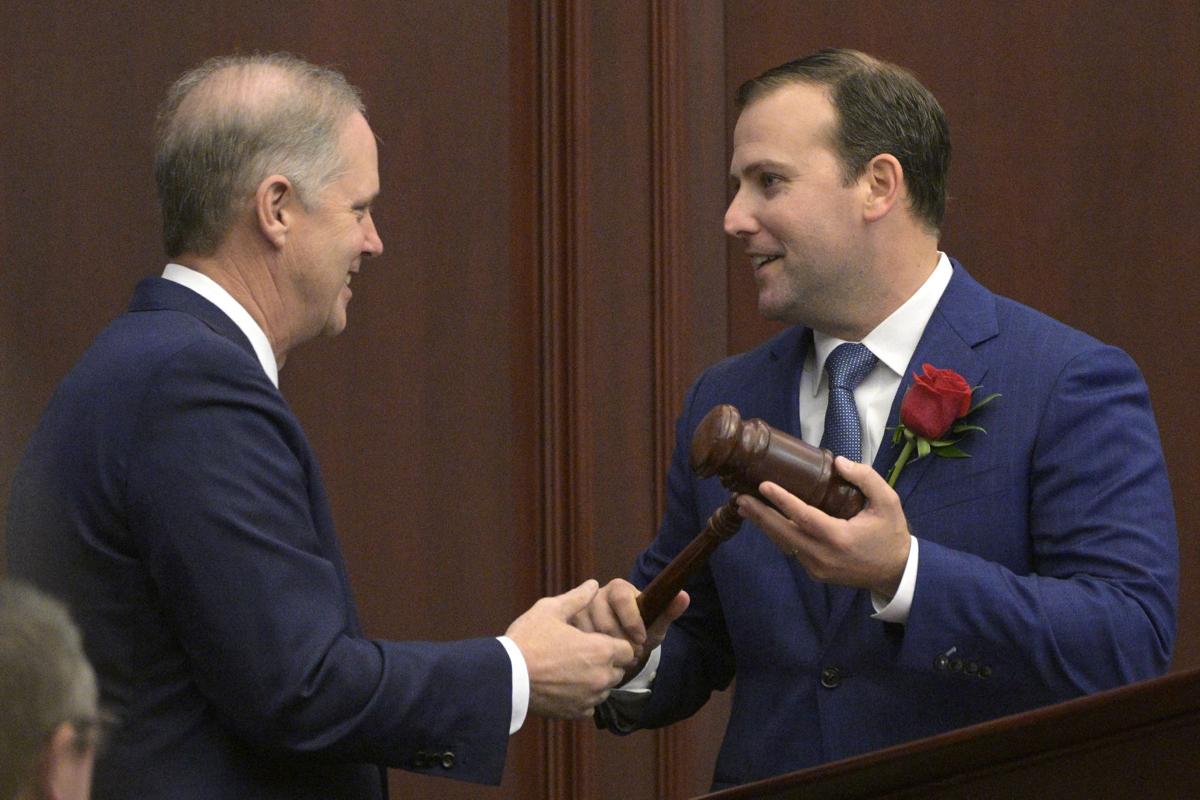 Florida Speaker of the House Chris Sprowls, right, hands the gavel Florida Senate President Wilton Simpson during a joint session of the legislature, Tuesday, in Tallahassee. 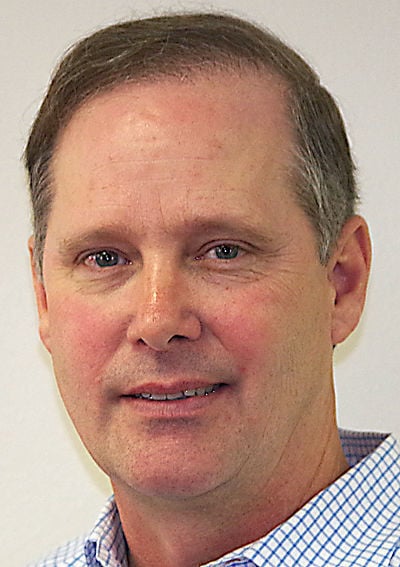 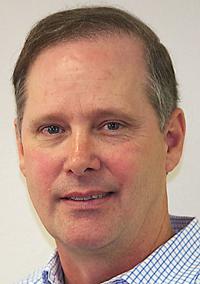 TALLAHASSEE — Senate President Wilton Simpson reaffirmed support for a controversial proposal that could open local governments to more lawsuits, along with calling for “modest” investments in the state’s foster-care system and pay raises for law enforcement officers, as the 2022 legislative session opened Tuesday.

Simpson, a Trilby Republican who is running for state agriculture commissioner, used his session-opening address to say he’s heard concerns from local governments about “preemption” bills, which involve the state taking away authority from cities and counties.

“I want local governments to know that we have heard your concerns about preemption bills. I will keep a sharp eye out for legislation that would limit your ability to pass local ordinances,” Simpson said.

But he then added, “At the same time, we’re going to make sure that local citizens and businesses understand the impacts of your regulations by requiring you to provide fiscal impact statements for ordinances and referendums. We will also ensure that you pay legitimate businesses that are impacted by your takings.”

Appearing at a Florida Chamber of Commerce event in December, Simpson expressed support for a bill (SB 620) by Sen. Travis Hutson, R-St. Augustine, that would allow businesses to sue if local ordinances cause at least 15 percent losses of revenue or profits. Hutson’s proposal would require businesses to have been open for three years before they could file lawsuits against local governments based on lost revenue or profits.

Another Hutson proposal (SB 280), which will go before the Senate Community Affairs Committee on Wednesday, would require local governments to project the economic impacts on businesses from proposed ordinances and allow businesses that successfully take civil action to be awarded “reasonable attorney fees and costs and damages.”

“While he says he hears us, but pivots (to), ‘Here’s the things that we have to do: terrible, awful, terrible, awful.’ Again, an attack on local government,” Book told reporters. “Look, there are several bills like that here in the process. We have analyzed those bills and again are ready to fight because we believe in home rule.”

Simpson in his opening day address continued to back efforts to improve the state’s child-welfare system with what he described as “modest” investments.

“The earlier in life we can give a child a safe permanent home, the better opportunities that child will have for the rest of their lives,” said Simpson, who was adopted as a child and grew up in a house with foster children.

“Costs of early childhood care are consistently identified as one of the biggest barriers for would-be foster families. We will address the gap between what the voucher pays and the actual costs of early childhood care,” Simpson continued. “Similarly, the college tuition waiver has been an important tool for youth aging out of foster care. We need to make sure more children raised by their foster relatives have access to the waiver.”

He also called for relatives who take on the responsibility of fostering children to receive equal support as non-relative foster families. The current difference is about $200 a month per child, Simpson said.

In addition, Simpson supported a call by Gov. Ron DeSantis for higher pay for law-enforcement and correctional officers, while also saying the state needs to increase the minimum wage for state workers and people who perform critical services.

“We’re also going to make sure that education funding increases are prioritized for bus drivers, for maintenance workers, for cafeteria workers, and other true public servants in our public schools,” Simpson said.

DeSantis has proposed spending $73 million to increase pay for officers at the Florida Highway Patrol, the Florida Department of Law Enforcement and the Florida Fish and Wildlife Conservation Commission.