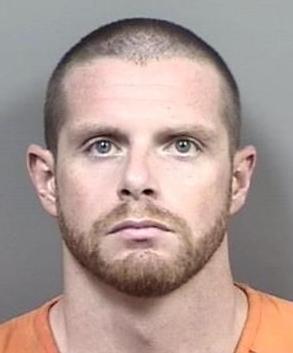 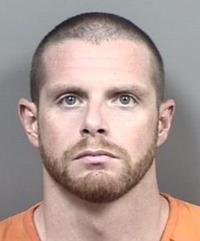 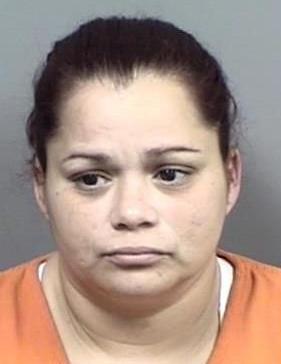 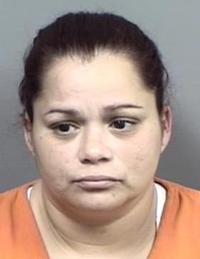 A Crystal River man is facing multiple vehicle burglary and petit theft charges in connection to a rash of car break-ins at local trail parking lots. The Citrus County Sheriff’s Office also charged a related woman with fraudulent use of a stolen credit card.

According to the couple’s arrest reports, the arrest investigation of Bryce Levi Coviello, 32, and Christina Caridao Piedra, 38, began on May 1 and May 3 when deputies were investigating a string of vehicle burglaries at the west Withlacoochee State Trail, Dunnellon, and Crystal Cove trail head in Crystal River.

As part of that broader break-in investigation, sheriff’s deputies on May 3 met with one victim.

The victim told deputies that she parked her Kia sedan at 1239 W. Withlacoochee Trail at 2:49 p.m. and locked the car and then walked a portion of the trail, according to the couple’s arrest reports.

The victim told deputies that she returned about 3:20 p.m. and found the passenger window broken and several items stolen from the car, including a Vera Bradley purse, Capital One credit card, $5 in cash and sunglasses, according to reports.

During the interview with deputies, the victim saw unauthorized transactions on her credit card at a Circle K gas station.

On May 4, one of the investigating deputies obtained security video from the service station, which shows a Hispanic woman and white male come into the store, purchase two cartons of cigarettes and a Slim Jim.

According to records, Piedra was recorded on May 3 entering the credit card into the payment machine and Coviello signing for the items.

Arresting deputies contacted the couple on North Pennsylvania Avenue in Crystal River. According the reports, deputies arrested Coviello on an unrelated charge of a sexual offender failing to report an address change within 48 hours of moving.

Piedro told deputies that she was with Coviello when he used a spark plug to break into the victim’s car, but that she remained in their car when he broke the other car’s window, according to reports.

She admitted to using the stolen credit card to buy $161.07 in cigarettes and a Slim Jim, according to arrest documents.

But there were more charges to come against Coviello.

About this time deputies were also investigating another May 3 car break in.

The victim told those deputies that she also parked her 2020 Subaru at the trail parking area at 2:49 p.m. and returned about 3:20 p.m., according to reports.

She reported that when she returned the passenger window was broken and the contents of the car thrown about, but nothing was stolen.

Piedra told deputies that she was the lookout when Coviello also broke into that car.

Deputies again charged Coviello with burglary of a conveyance and criminal mischief.

Charges kept piling up against Coviello, though.

That’s because on May 1 another deputy interviewed a victim at Crystal Cove trail head where the victim said he and his daughter parked his 2005 Nissan Xterra at about 1 p.m., according to records.

About 2:45 p.m. when they returned from their hike, they saw the rear passenger window broken and the daughter’s backpack missing. The victims told the investigating deputy that in addition to the backpack, also missing were cloths, electronics, sports shoes, a purse and identification cards.

During the interview another victim approached the deputy to report his 2015 Chrysler Town and Country van had been broken into and a purse stolen.

During a separate interview deputies reported that Piedra told investigators that she drove Coviello to that park’s trailhead and he got out of her car. When he returned, he had a computer tablet, according to records.

For that alleged break in, Coviello was charged with petit theft, criminal mischief, and burglary of a conveyance.

The deputies reported interviewing Coviello and asked how he selected which vehicle to break into and he replied that he randomly drove around at parks.