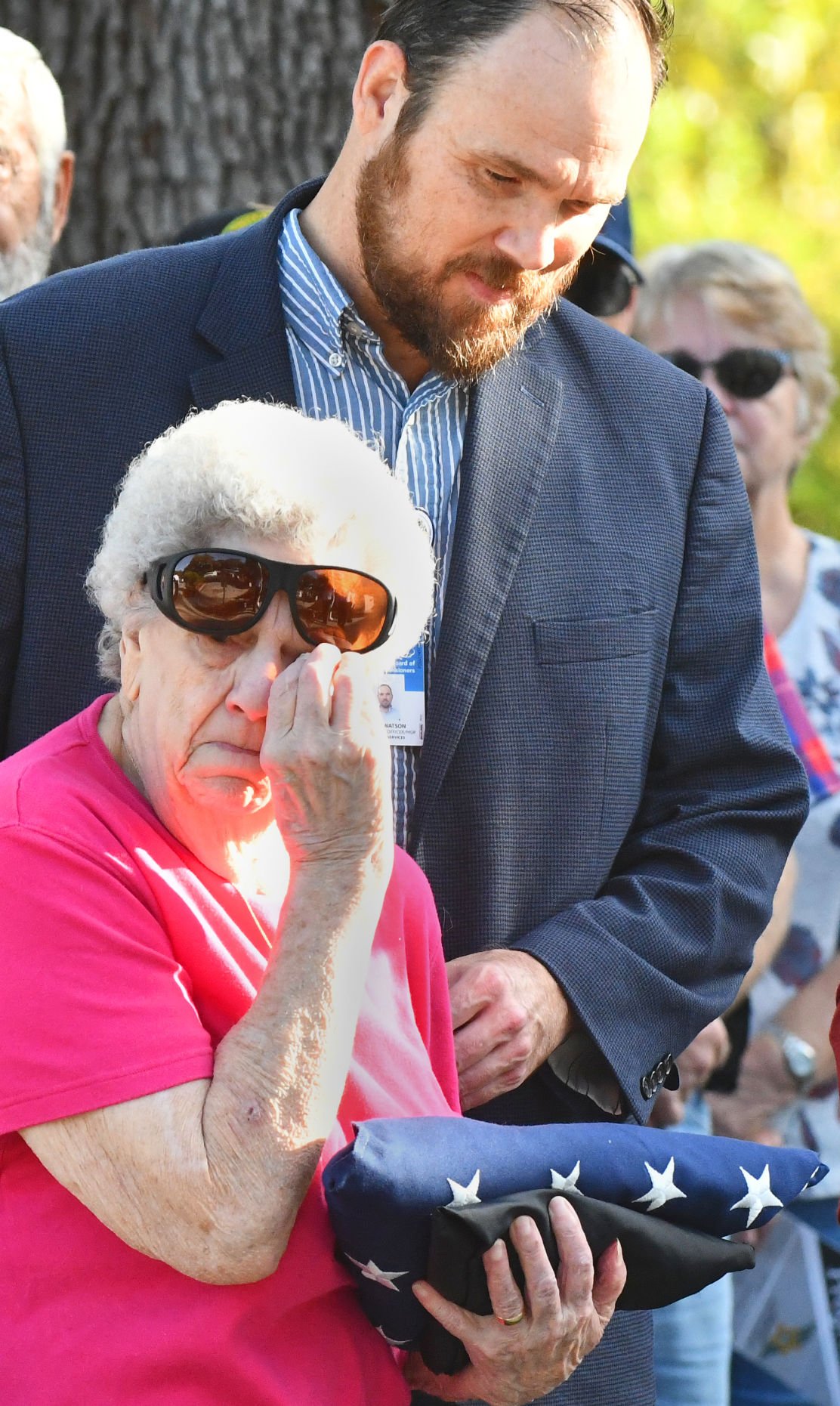 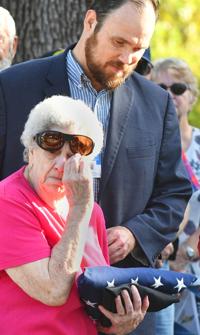 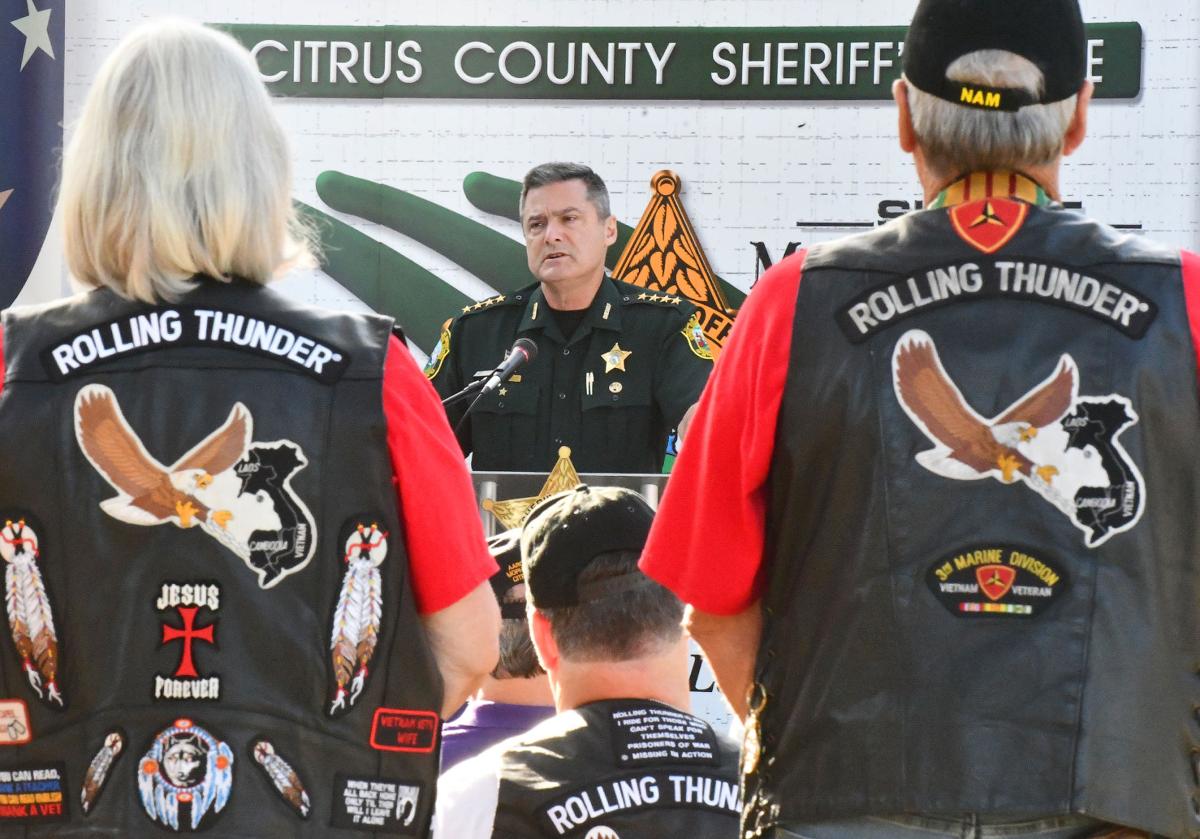 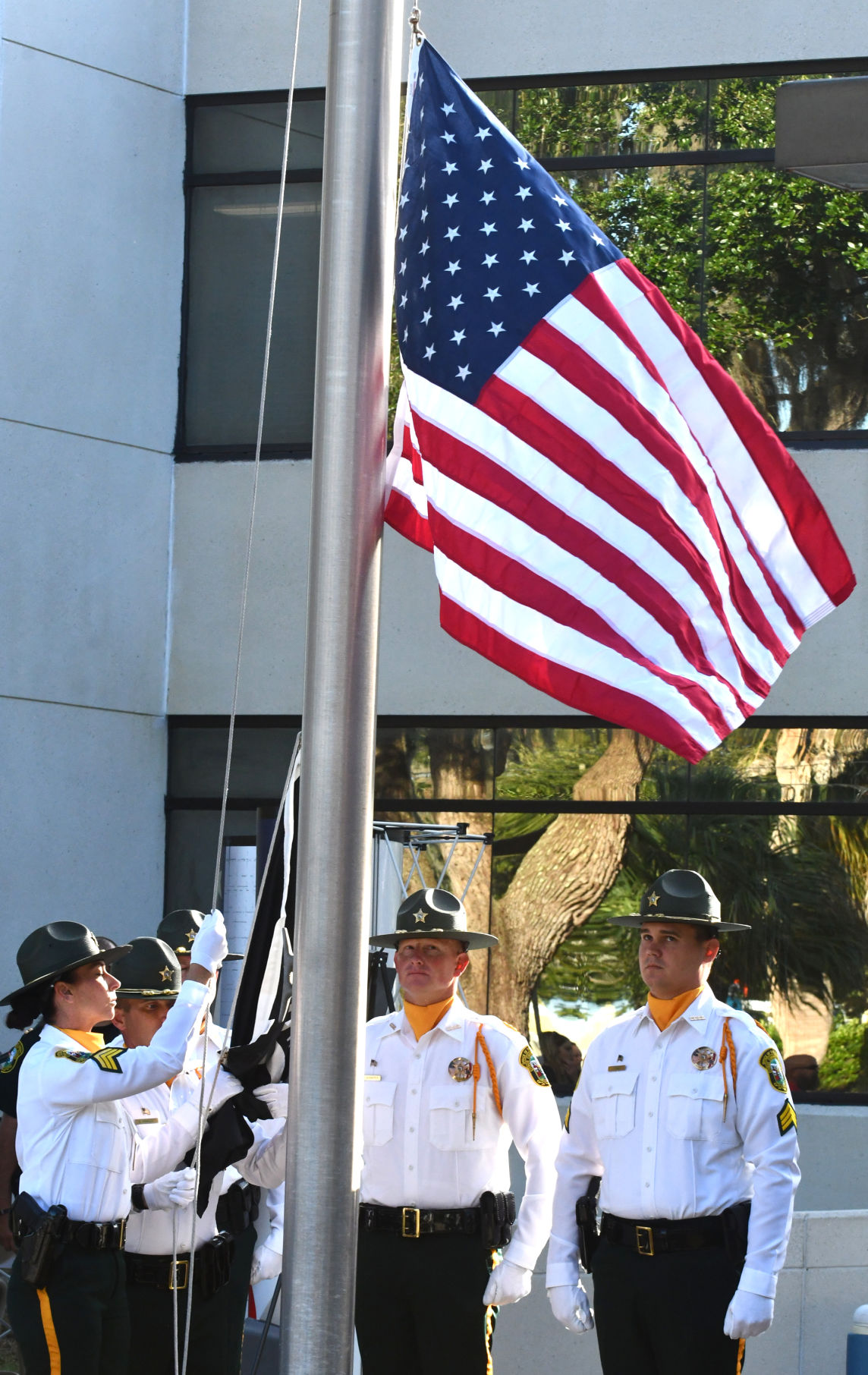 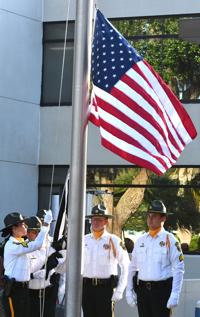 The ceremony was part of the National P.O.W./M.I.A. Recognition Day observed across the country. The Sheriff's Office hosted the event to honor those service members who are still missing or had been held captive during combat.

Mrs. Shaffer's husband Euhl, was captured by German forces during the Battle of the Bulge in 1944. Shaffer, an Army veteran, was the subject of a Chronicle profile in 2015 and recalled his ordeal at the hands of the enemy.

“They killed a few of (the prisoners). I guess it depended on the outfit that captured you,” he said. “I was captured by a Panzer tank division. They were usually bad, but the ones that captured us were pretty reasonable."

After his capture he said he and "somewhere between 60 and 80” other prisoners were taken to a prison camp, Stalag 4B, located outside Dresden, Germany where he spent more than four months in captivity fighting the effects of starvation before being released.

The Shaffer's, of Inverness, were married more than 70 years before his passing in August 2017. The American flag Mrs. Shaffer holds, as well as the POW/MIA flag in her hands, were given to her by the CCSO honor guard following the lowering of the flags that flew above the Sheriff's Office.