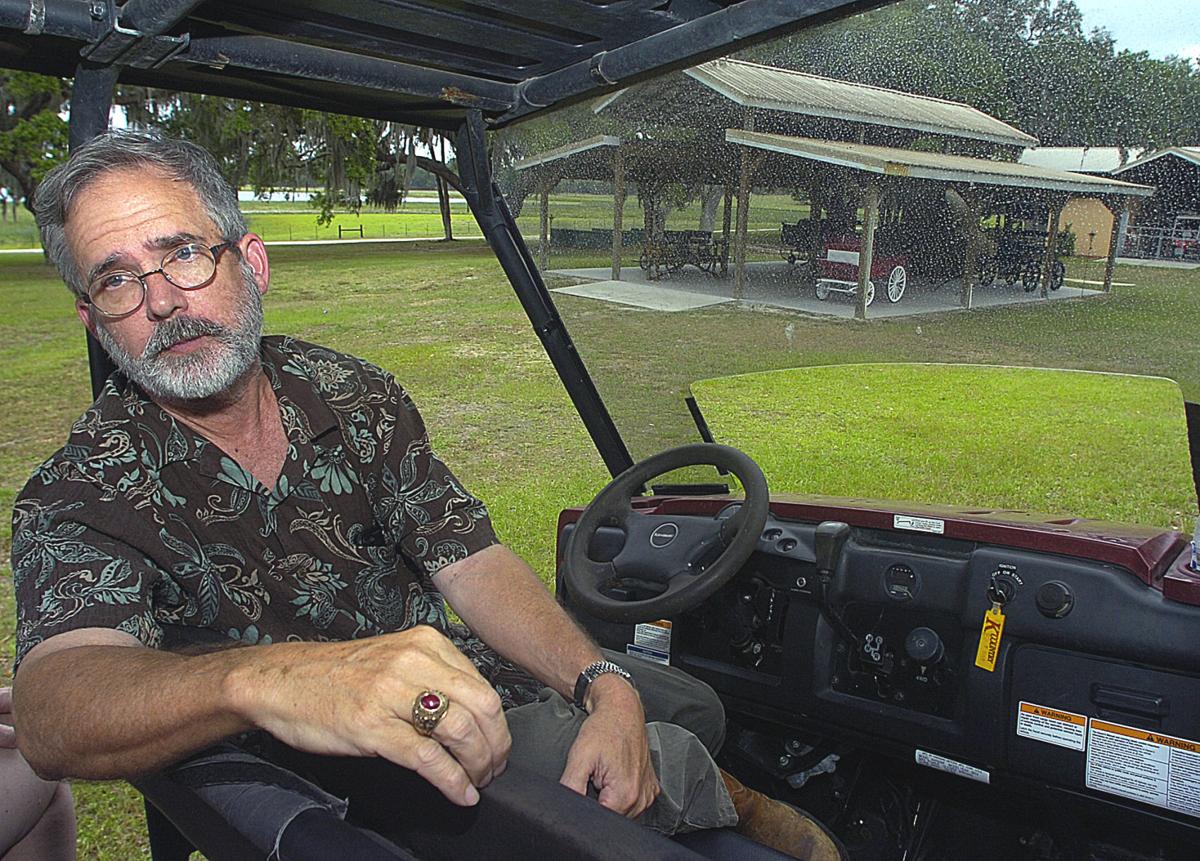 Gregory Williams annexed nearly 400 acres into the city of Inverness after disputes with the county over code issues. 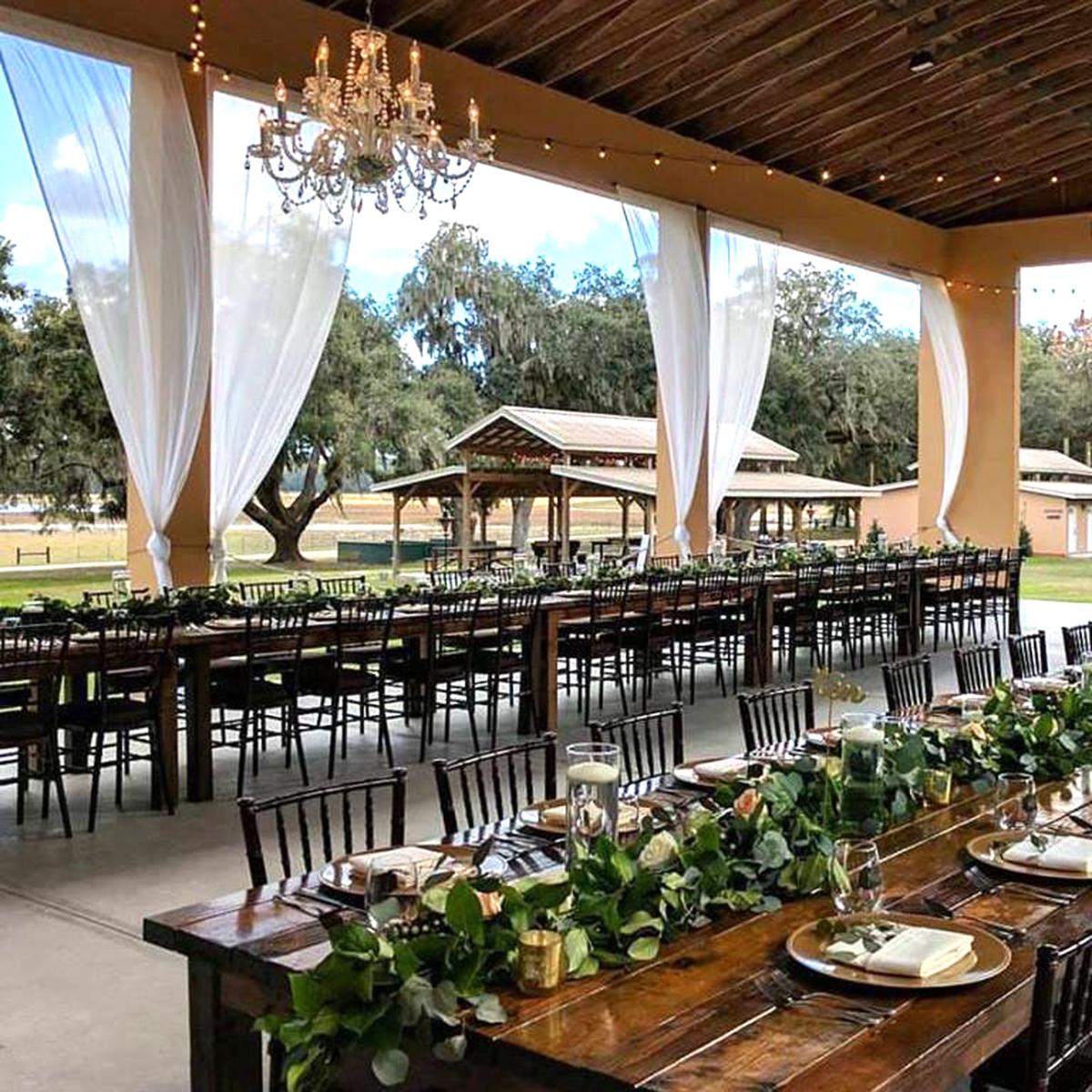 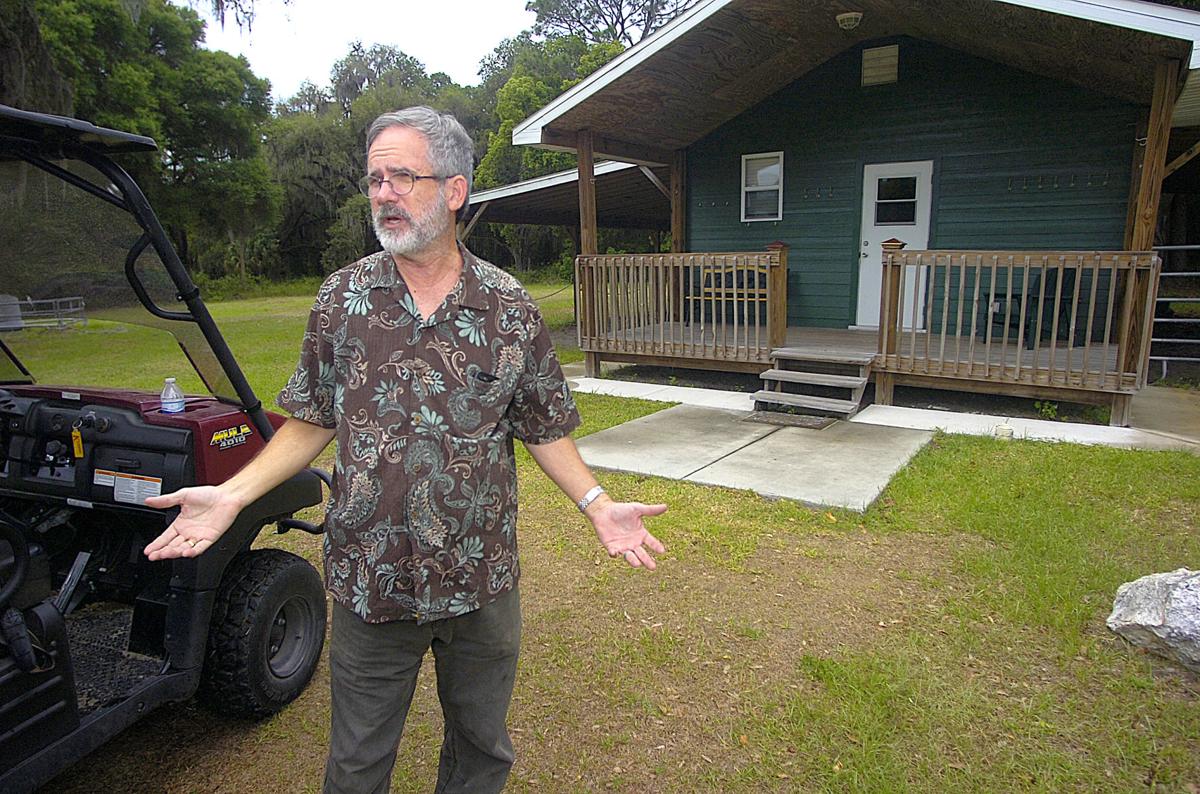 Gregory Williams annexed nearly 400 acres into the city of Inverness after disputes with the county over code issues.

In a March 19, 2016, online review, she gushes about the amenities at Lakeside Ranch, 640 acres of farmland between Inverness and Hernando, adjacent to the Van Der Valk Golf Resort and Lake-side Country Club.

“Our wedding from start to finish was amazing,” Jamie Jo wrote. “Lakeside Ranch was wonderful to work with! ... Everyone said how great the property was and how impressed they were with it. The whole weekend was the best weekend ever!”

Gregory Williams, president of Williams LTC Inc., which owns the property, described a romantic wedding scene in a letter to the county attorney.

“It begins with the arrival of the bride to her ceremony site in a horse drawn carriage,” he wrote. “The grazing cattle and horse herds are in plain view of the ceremony and other festivities. It is quite magical and hard to imagine why the board would seek to end something that is so pleasing to so many.”

By “board,” Williams means the Citrus County government, which says Williams is violating its Land Development Code by conducting an event and resort operation in a low-intensity lakes district.

The matter goes beyond simple zoning, though.

Williams says the county has no standing because wedding ceremonies are considered “agritourism” as defined by a 2016 state law. The law forbids counties and cities from enforcing local ordinances on agritourism activities.

The law does include “civic and ceremonial” activities as agritourism, but it doesn’t define what that means. A legislative staff analysis of the bill said it includes weddings and charitable fundraisers as agritourism activities.

In fact, the county didn’t become interested in the property because of weddings. It was receptions — and the noise from bands and disc jockeys — that spurred complaints to county officials from nearby residents.

“We don’t have a problem with conducting wedding ceremonies on the property and we told Mr. Williams that when we met with him,” County Attorney Denise Dymond Lyn said. “Simply a ceremony. Receptions are not authorized.”

The Williams case is scheduled for the May 17 code compliance special master hearing. If found guilty, Williams may be fined up to $1,000 a day if he continues what the county considers a violation.

Williams, a semi-retired real estate attorney and fourth-generation Florida rancher, has made his intentions clear. In letters to Lyn, Williams said he will sue if the county doesn’t drop its case.

“In my experience,” he wrote, “once a lawsuit is filed it can take on a life of its own.”

Commissioner Jimmie T. Smith has unique experience with the issue.

As a state legislator, then-Rep. Smith voted in favor of the bill that stops county government from enforcing local regulations and further defined agritourism to include ceremonies.

In an email to Lyn, Smith sided with Lakeside Ranch, saying the definition of ceremony includes weddings.

“I just don’t see how we can turn it around and change a definition unless otherwise spelled out to exclude,” Smith wrote.

Instead, Smith suggested the county focus on “noise and time restrictions” for the venue.

“I think the goal of this is to build the platform on how any private event is to be done in the correct fashion,” he said.

In an interview, Smith said the Legislature purposely used the vague term “ceremonies” because it didn’t want to be so specific as to exclude a ceremonial event.

“We didn’t want to say ‘only weddings,’” said Smith, who did not sponsor the bill. “Leave it broad enough to have an understanding of what is defined under ‘ceremonies.’”

Asked if his interpretation of ceremonies includes overnight stays, Smith said no.

“That’s a completely different thing,” he said. “The goal is to allow the property to have events. Not a lodging type of facility.”

Williams LTC Inc. bought the property in 2002 for $1.2 million, according to county records. Gregory Williams has 40 head of horses and cattle, and the property includes Connell Lake. It is classified as agricultural by the Citrus County Property Appraiser’s Office.

Commissioner Scott Carnahan said he is unfamiliar with the code compliance issue but he knows Williams.

“I’ve done business with Greg in the past,” Carnahan said. “I used to sell him cattle feed.”

A sign at the entrance of Lakeside Ranch warns visitors they are entering an agritourism site and they are at risk of injury “inherent to land, equipment and animals.”

Williams told Lyn that Lakeside Ranch has been host to numerous agritourism events for more than a decade, including camping, hiking and wedding festivities.

During an interview at the ranch, Williams said he rents out the cabin to those who want a rustic experience.

“People want to spend a night on a ranch,” he said. “Some people bring their own horses.”

It also could be part of the wedding package for brides.

The Lakeside Ranch offer to wedding parties is fairly straightforward. It offers the ranch for various rates — $5,000 to $8,000 on Saturdays, depending on the size of a party under 300, for example — but it does not provide services such as photography, catering and entertainment.

“We don’t get involved in any of that other stuff,” Williams said.

Williams, who operates the property with his wife and daughter, said three companies are involved: Williams LTC Inc. owns the property, C&W Mountain Horse Farm Inc. leases it and Lakeside Ranch & Resort LLC is the property manager. Williams is president or general manager of all three, according to state records.

He said the fact that the Lakeside Ranch company name includes “resort” doesn’t make it a resort.

Still, Williams said Friday he submitted paperwork with the state Division of Corporations to rename the company Lakeside Ranches LLC.

That corporation covers both the Citrus County ranch and a similar, but smaller, ranch in Hernando County that also offers the site for weddings. He said other ranches in Hernando County, including one just down the road from his, offer similar services.

Williams said that when county code inspector Justin Chamblin visited on Dec. 19 regarding the noise complaints, he thought Chamblin understood that state law stops the county from enforcing zoning ordinances on agritourism activities.

“He said, ‘You won’t be hearing from me again. If anything comes up we’ll give you a call,’” Williams said.

Williams said he has heard of noise complaints, but he doesn’t believe his guests are violating the county’s noise ordinance. He said receptions and parties must end by 11 p.m.

Williams said he has removed all advertising of weddings from his websites, though the Lakeside Ranch Facebook page still promotes weddings. He said he has stopped booking events.

“We’re not accepting any new tours or any new contracts,” he said, adding that the cabin is booked once prior to the May 17 special master hearing. “We’re not going to do any more leasing until we see how this hearing turns out. I don’t know what they’re trying to shut down.”

He said he hopes to resolve the issue. Lyn said both sides are continuing to talk.

“My whole desire is to not go to the mat with the county on this kind of thing,” he said.

His threat to sue, Williams said, is not an idle one.

“I am suing them,” he said. “I’m going to sue them if this hearing master rules against us.”

Three of five commissioners say Lyn has their backing