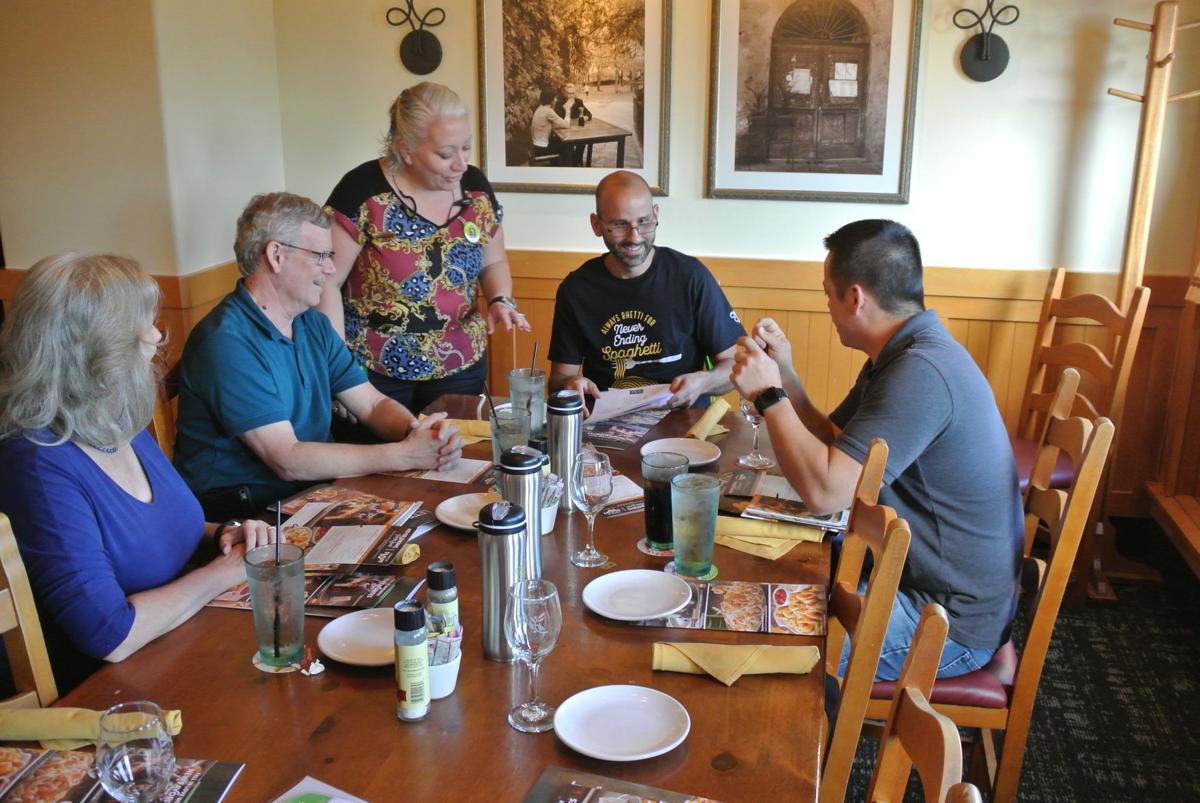 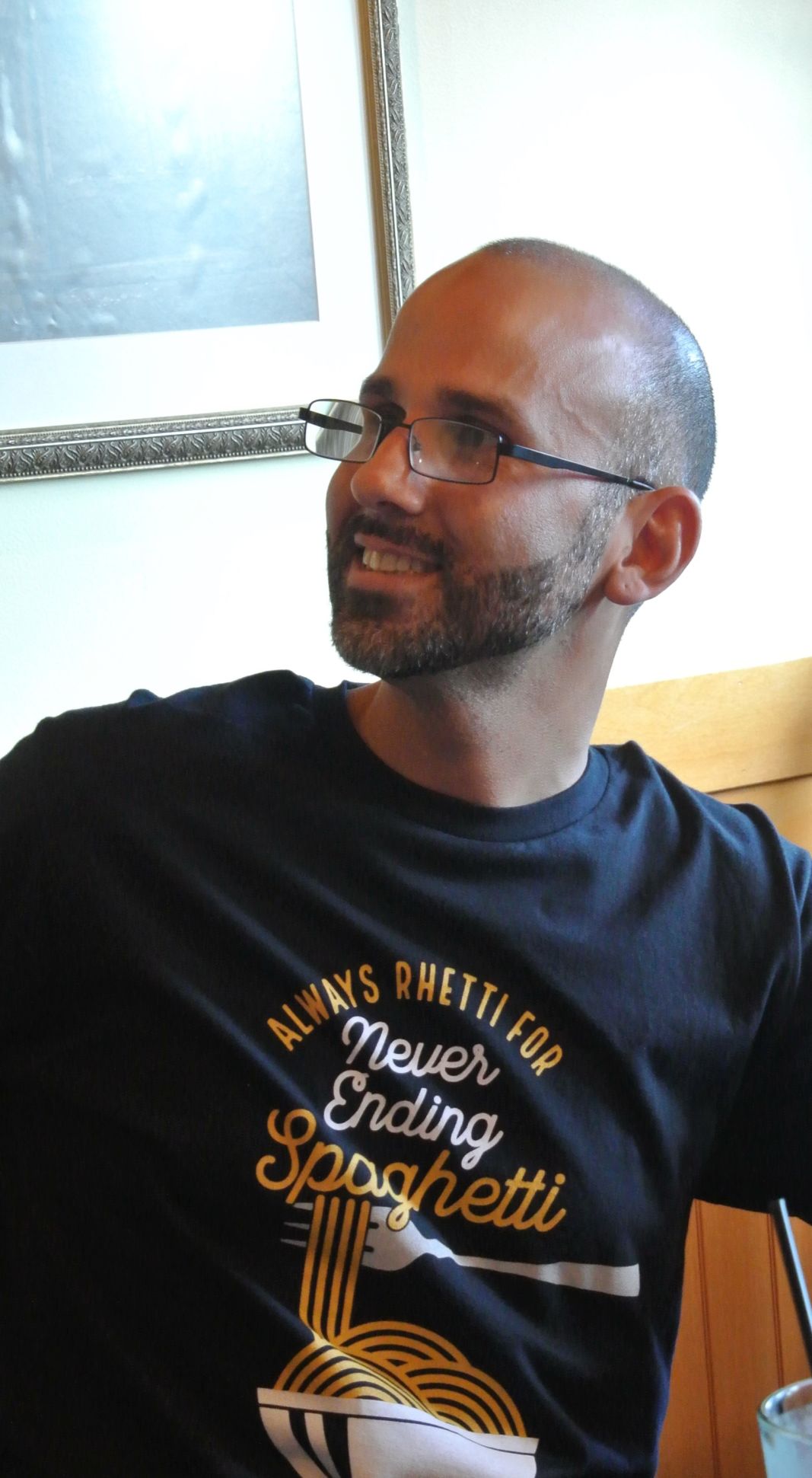 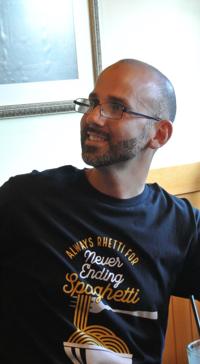 During the eight weeks of unlimited pasta, he visited an Olive Garden restaurant three times a day for 56 days and ate 140 pasta meals without duplicating a meal, beating the 2014 record of North Carolina pasta lover Alan Martin, who ate 115 pasta meals in 49 days.

He also blogged about it SuperCarbMe.com, which you can still read.

On Monday, Berman, 37, wearing his “Always Rhetti for Never-Ending Spaghetti” T-shirt, and other local pasta pass holders, Julie Boyer and Berman’s brother-in-law Eric Lesage, met at the Olive Garden in Inverness for a pasta kickoff dinner.

Boyer’s husband, Dave Boyer, was also there, although he wasn’t among this year’s 24,000 pass holders that were sold out within seconds of going on sale Aug. 15.

As the group arrived at the Inverness Olive Garden Monday, they discussed this year’s pasta goals.

“For me, it’s nine weeks of not having to plan and cook dinner every day,” Julie Boyer said. “We both got passes two years ago and we ate at the Olive Garden almost every day. This year we were only able to get one pass.”

On Monday, the opening day of Never Ending Pasta, the first guest at 11 a.m. when the doors opened at the Inverness Olive Garden was a pass holder.

By 5:30 p.m., when Berman and friends arrived, restaurant general manager Virginia Lesser said so far about 10 pass holders came in to eat.

“You gotta take advantage of the pasta,” said Eric Lesage, who ordered rigatoni with red sauce and sausage and meatballs for his first dish for the next 63 days.

Berman said he has several goals this year, although he’s not going to try and beat his record.

“That was insanity,” he said. “When I broke the record in 2017, I worked from home, so I had the time to come here two, three times a day. This year I work at MacDill (Air Force Base in Tampa), so best case scenario for me is once a day because it’s literally impossible for me to do what I did in 2017.”

However, the self-described “foodie” and “die-hard Olive Garden fan” doesn’t plan on missing a day without at least one bowl of noodles.

“Also this year, I’m not going to do any of the crazy stuff,” he said. No theme weeks like “50/50 Sauce Week” or “Soupendipity” or “Make Me Shrimpy” week.

And he just might duplicate a meal or two.

On Monday, Berman ordered a dish of whole-grain linguine with 50/50 sauce mix of roasted garlic and alfredo sauces — and crispy shrimp fritta.

“My goal this year is just to enjoy it,” he said, “and hope no one beats my record so maybe I’ll be blessed with a free pass next year.”

A passion for pasta

Jeff Berman calls himself just a guy who likes pasta.