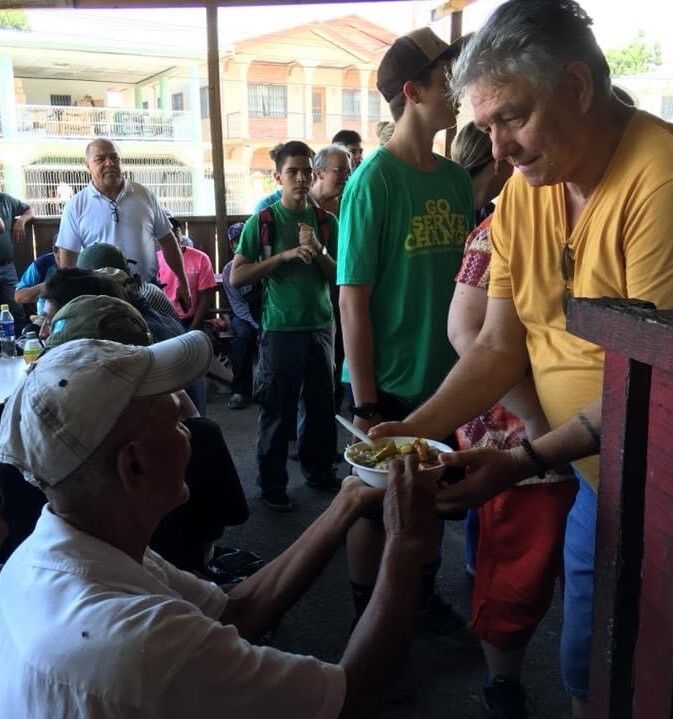 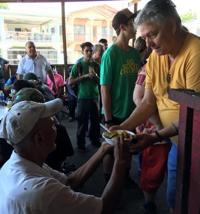 Rick Starkey lived to serve others, whether as a veteran service officer or on a church missions trip. In this photo, Starkey is helping to feed hungry people in Honduras. Rick Starkey died Dec. 25, 2020, at age 70.

Rick Starkey, a proud Marine, served in Vietnam during the war. 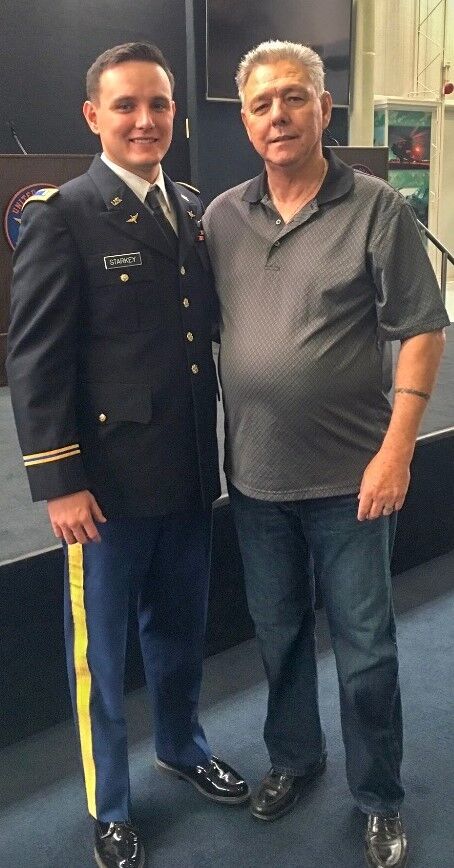 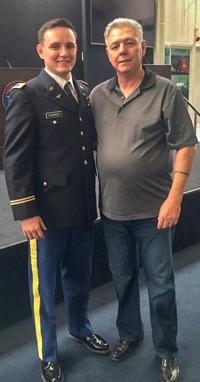 Timm Starkey, son of Rick Starkey who died Dec. 25, 2020, said he is inspired by his father's life spent serving others, especially fellow veterans. Timm is a U.S. Army Blackhawk pilot. This photo, taken in 2016, was at his flight school graduation.

Rick Starkey lived to serve others, whether as a veteran service officer or on a church missions trip. In this photo, Starkey is helping to feed hungry people in Honduras. Rick Starkey died Dec. 25, 2020, at age 70.

Rick Starkey, a proud Marine, served in Vietnam during the war.

Timm Starkey, son of Rick Starkey who died Dec. 25, 2020, said he is inspired by his father's life spent serving others, especially fellow veterans. Timm is a U.S. Army Blackhawk pilot. This photo, taken in 2016, was at his flight school graduation.

If you were a veteran having trouble getting your VA benefits, Rick Starkey was your go-to guy.

Himself a Marine who served in Vietnam, whether you met with him at the American Legion Post 166 in Homosassa where he was a past commander, or at his borrowed office at HPH Hospice, as a Veterans Affairs specialist, Starkey freely offered his services helping other veterans filling out their tedious VA paperwork.

“He had a reputation of getting veterans their benefits,” said Robert Scott, the current commander at American Legion Post 166. “He knew who to send it to and how to get it done.”

Scott said on the days Starkey worked out of HPH Hospice in Lecanto, people would fill the lobby waiting to meet with him.

“He always wanted to be a Marine,” said his son, Timm Starkey.

He graduated high school in Cleveland, Ohio, in 1968, the height of the Vietnam War.

Like most young men at that time, chances were high that he would be drafted, so he volunteered for the Marines.

“He didn’t want anyone deciding for him which branch of the service to go in; that’s why he volunteered,” Timm Starkey said. “He served from 1969 to 1975, but he was a Marine all his life.”

Even the ringtone on his phone was the “Marine Corps Hymn.”

After moving to Florida, Starkey felt a calling to help other veterans.

He had gone through the frustration of dealing with the VA that many veterans experience, and he wanted to use what he had learned to ease other vets’ frustrations.

“As a service officer for the post, he was a very good one,” Scott said. “I went to Rick myself with problems with my legs, and he filled out the forms and took care of the paperwork ... he was definitely a valuable asset to the post and the community.”

“Most combat veterans don’t talk about their experiences, especially to ‘civilians,’ but veterans talk to each other,” he said. “Rick had PTSD — he served in Vietnam — so he had that like many others.”

His desire to help wasn’t limited to just veterans. Rick Starkey felt called to help anyone who crossed his path, whether in the local community or on the foreign mission field, said the Rev. Jason Hanks, pastor of Christian Center Church in Homosassa where Starkey was a member.

“He was a character and dearly loved here at CCC,” Hanks said.

Hanks recalled a trip to Mexico City where they worked with a medical missions ministry called Operation Serve International.

Starkey worked in the optical department assisting in testing the vision of the poorest of the poor, Hanks said. These folks would not be able to get glasses otherwise.

“In one particular instance, we were seeing a young man around 12 years old who was struggling in school due to his eyesight,” Hanks said. “His family brought him to the outreach because they couldn’t afford to take him and pay for a doctor’s visit.

“Unfortunately, we didn’t have glasses in his prescription — we relied on donated glasses from the U.S. Well, Rick wasn't going to let this young man go away empty handed. He quietly, and with only a couple people knowing, reached into his own pocket to pay for this young man’s glasses to be made by a store.

“They were so thankful for his generosity, but that’s the kind of guy Rick was,” Hanks said. “He didn’t want the accolades or a pat on the back. He just wanted to help and serve God.”

Hanks added, “He also traveled to Honduras and painted schools and handed out meals at soup kitchens. Rick didn’t think he could help everyone. But he did believe he could help a few, and if we all had that attitude, we would help many.”

Timm Starkey, a U.S. Army Blackhawk helicopter pilot stationed in Texas, said he learned from his dad what it means to be accountable to your fellow servicemen and women.

“For me, the takeaway is that during my time in service, even during time off, it’s my job as a commissioned officer to take care of my troops ... and when I’m done, to continue by being part of the American Legion, going out and helping other veterans and being there for them.

“You hear that veterans are committing suicide at the rate of 22 a day. What my dad instilled in me, his legacy, is that whether I’m in uniform or out of uniform, to be there for my brothers and sisters in arms,” he said. “His love of veterans makes me want to be more proactive in the veterans community.”