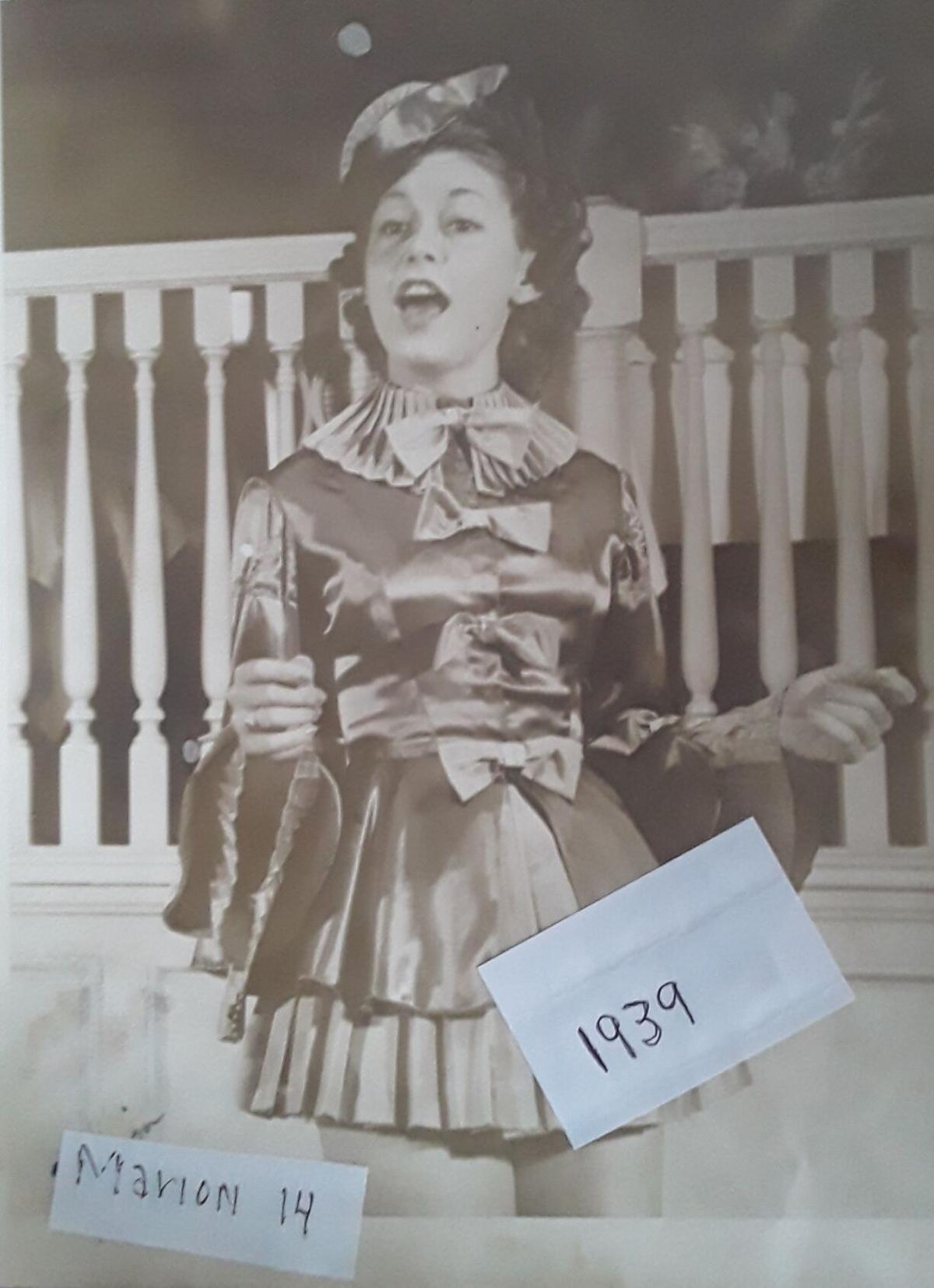 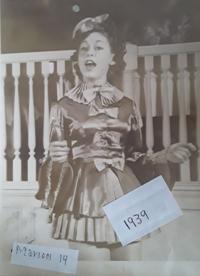 From an early age, Marion Jack knew she wanted to dance. The longtime dance instructor died June 10 at age 95. 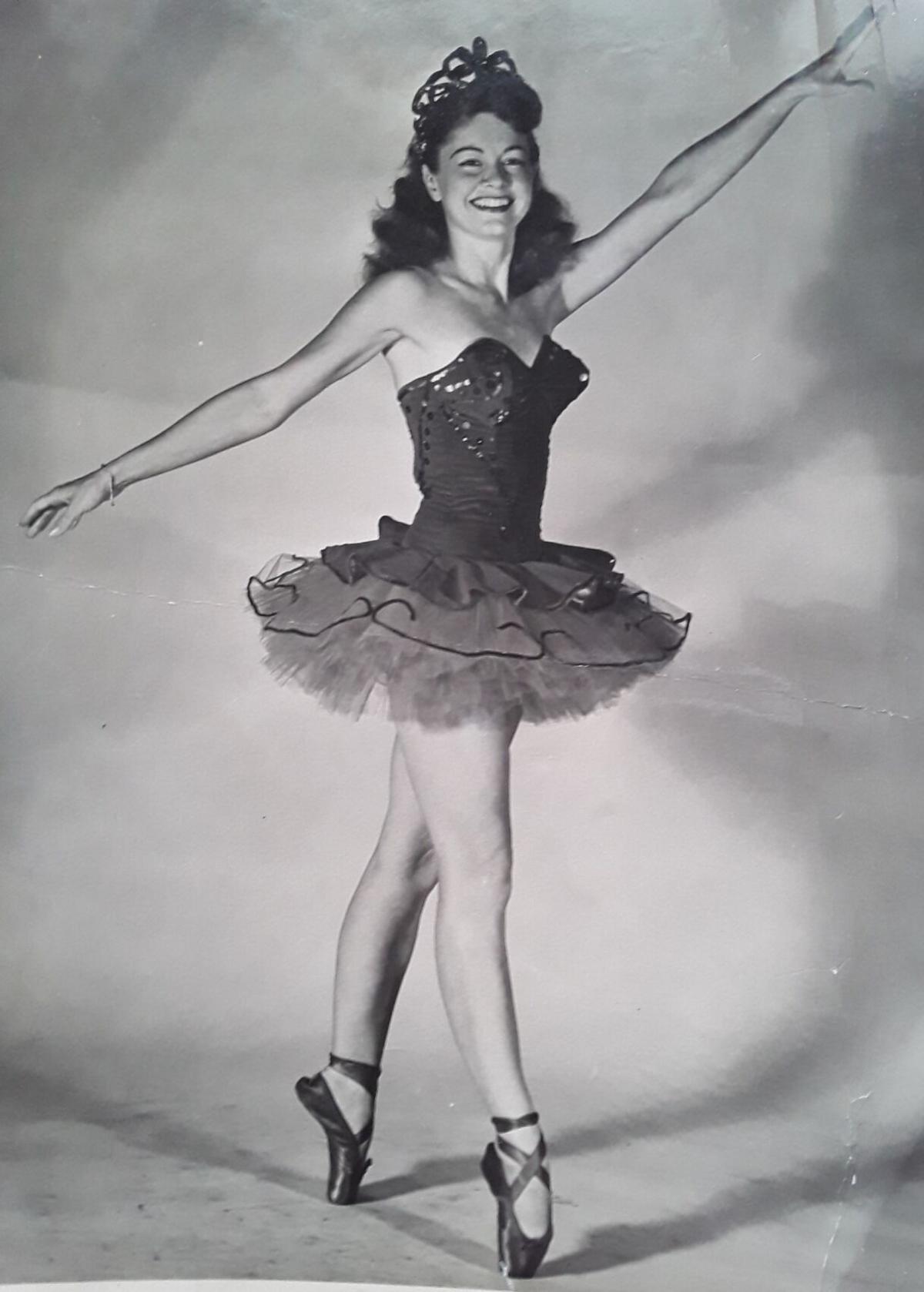 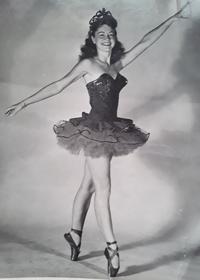 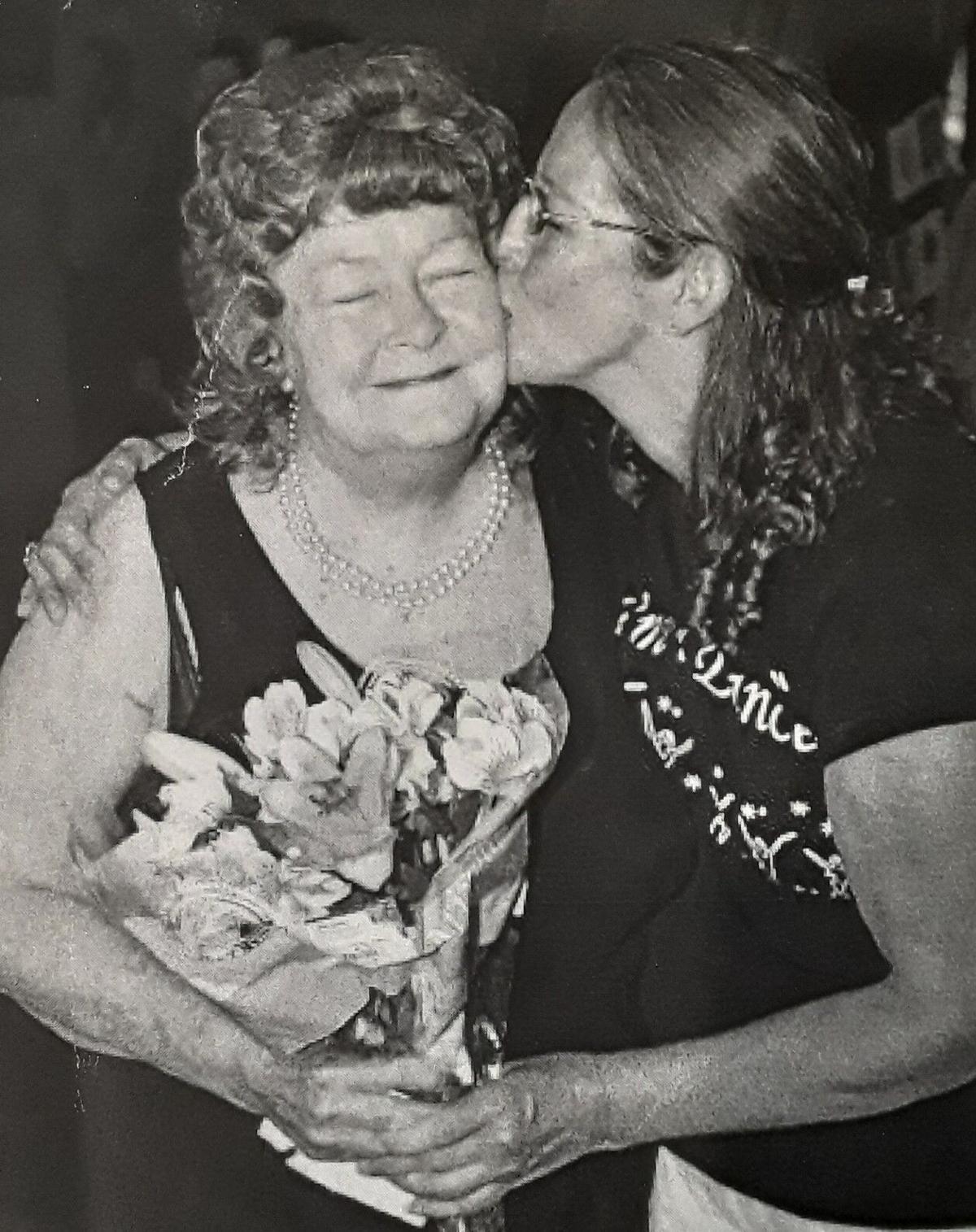 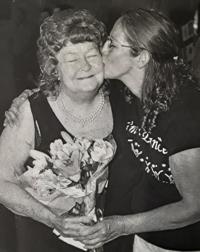 Marion Jack being presented with a bouquet of flowers by her oldest daughter, Georgia Coogan, after a recital. 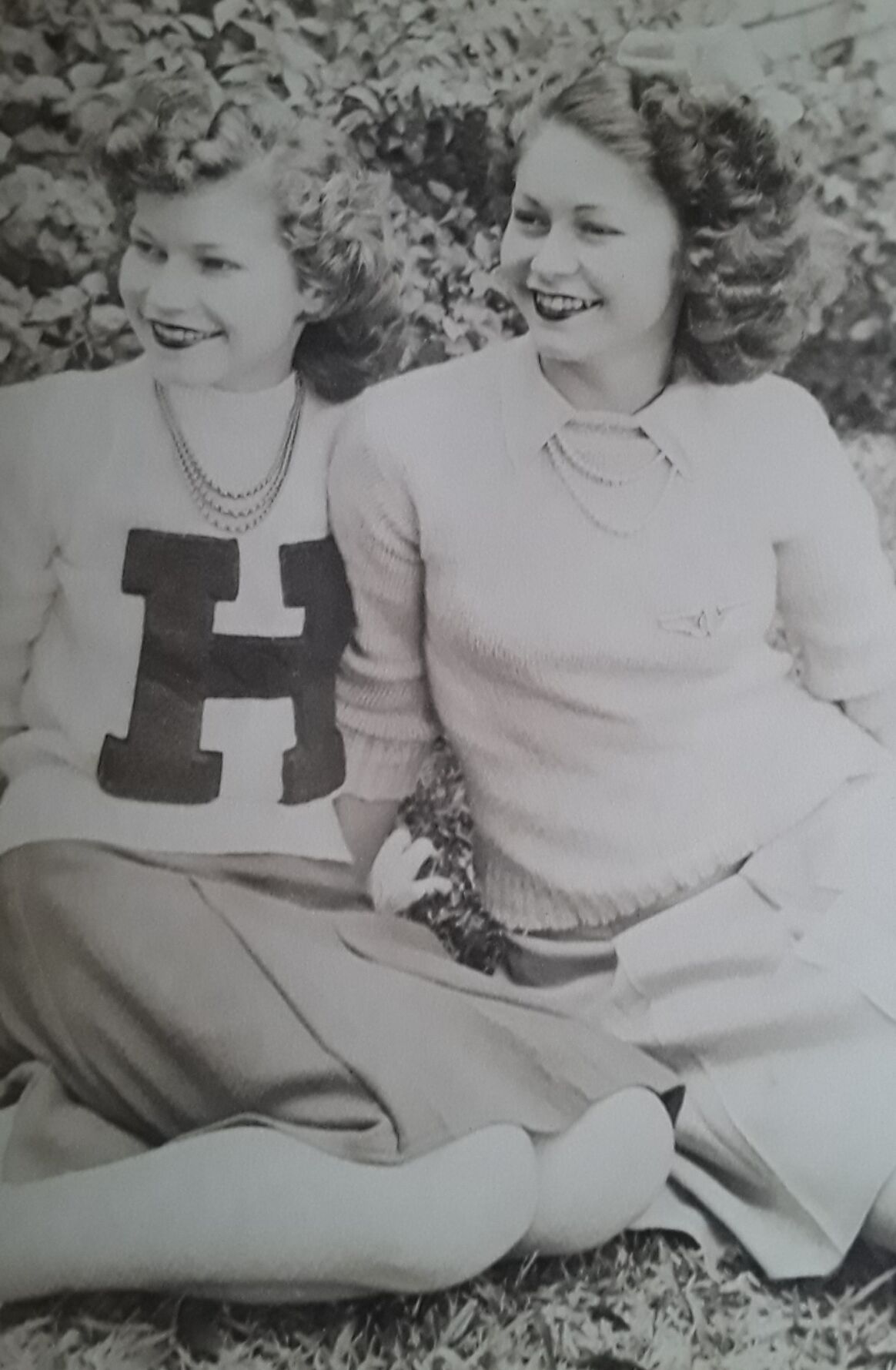 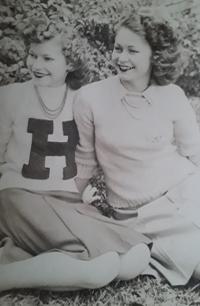 Marion Jack (right) and her sister, Shirley, as teens growing up in Tampa. 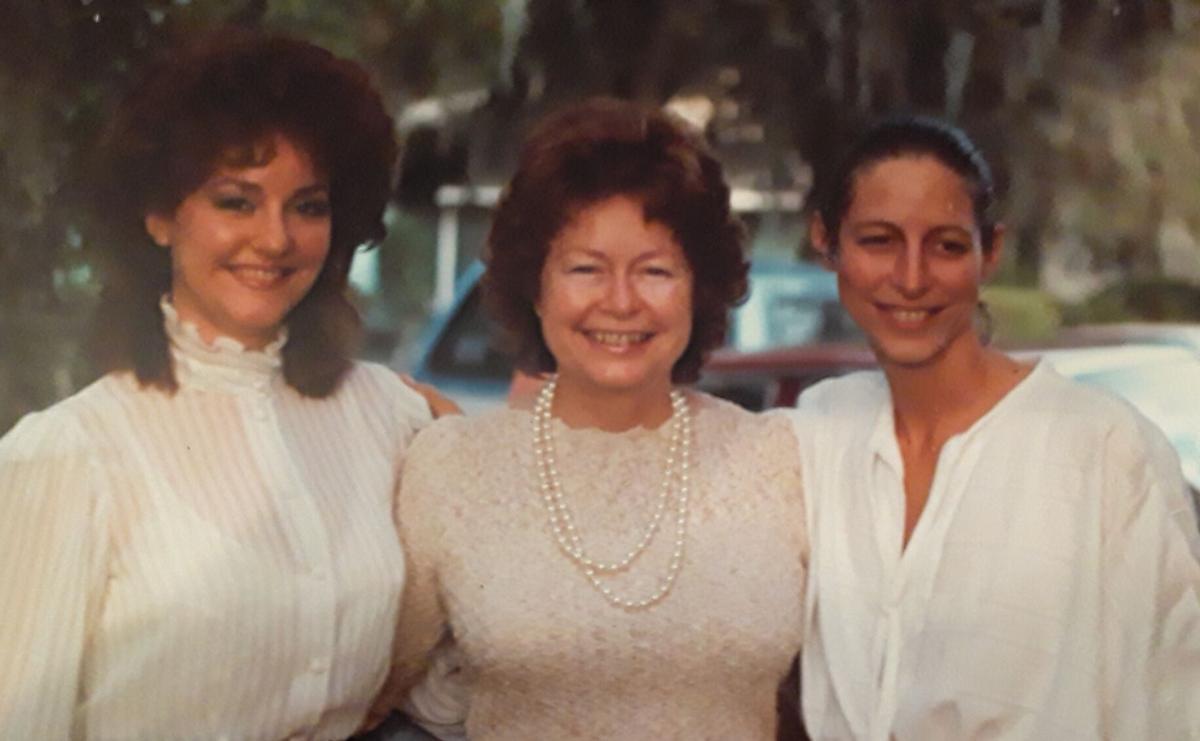 A 1986 photo of Marion Jack (center) and her daughters Amber Cabrera (left) and Georgia Coogan (right). 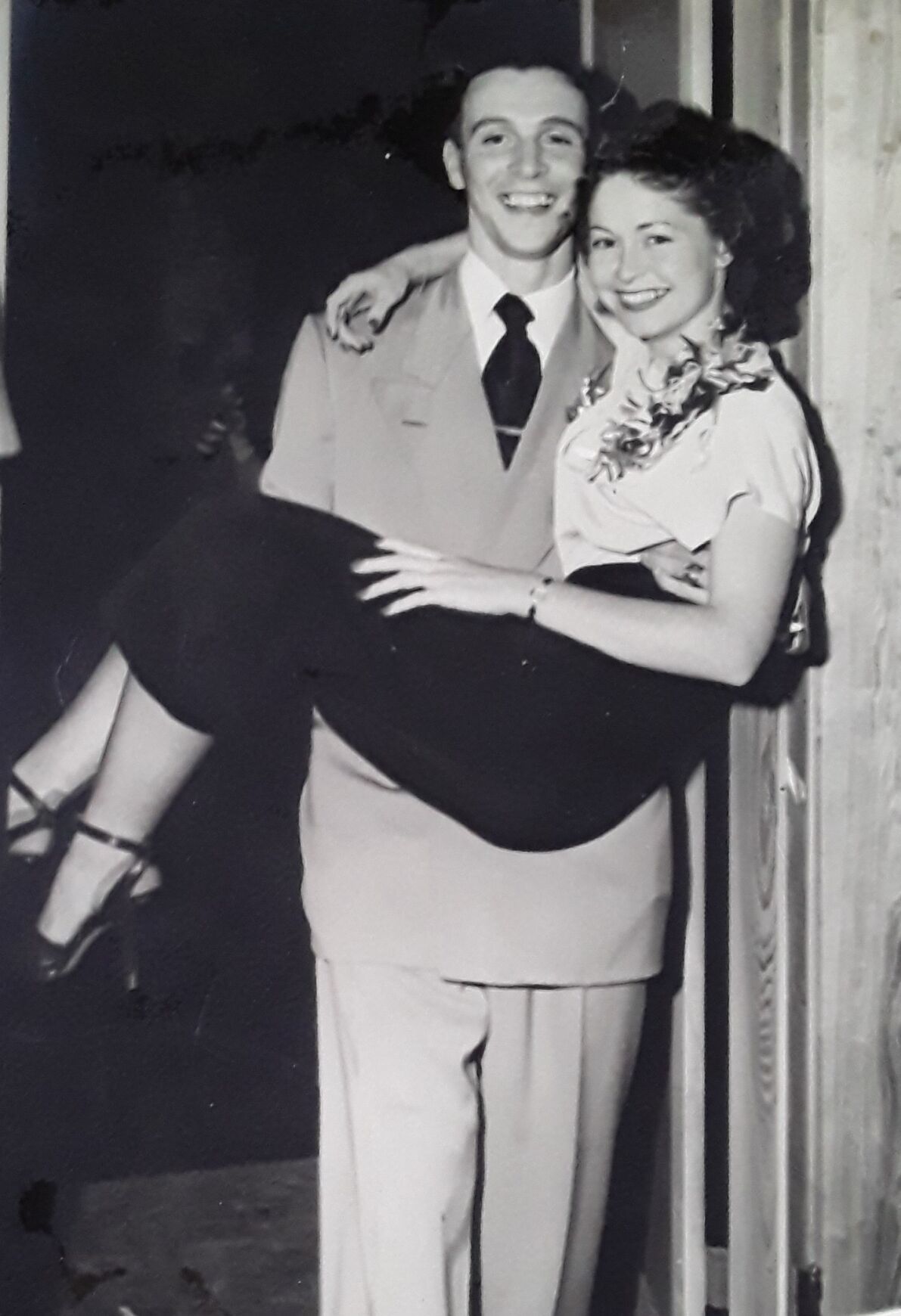 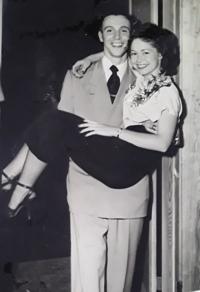 George Jack, Marion Jack's husband of 25 years, carries her across the threshold.

From an early age, Marion Jack knew she wanted to dance. The longtime dance instructor died June 10 at age 95.

Marion Jack being presented with a bouquet of flowers by her oldest daughter, Georgia Coogan, after a recital.

Marion Jack (right) and her sister, Shirley, as teens growing up in Tampa.

A 1986 photo of Marion Jack (center) and her daughters Amber Cabrera (left) and Georgia Coogan (right).

George Jack, Marion Jack's husband of 25 years, carries her across the threshold.

If there was music, Marion Jack was dancing.

As a dance instructor for more than 50 years, the red-haired firecracker believed dancing would help every child build confidence, self-esteem and coordination, would help with focusing in school and would simply be fun.

In her 50 years at Marion’s School of Dance, she taught students from Brooksville to Crystal River and Inverness.

She taught preschoolers ballet, tap and acrobatics. She taught jazz and pointe to older kids, taught boys tap and tumbling, ballroom and etiquette to teens and adults.

She even taught tap to a class of deaf students and ballet to the Weeki Wachee mermaids and also the Hernando High School football team one year who then went on to turn a losing season into a winning one, said daughter Georgia Coogan.

“I'll never forget when one of her students came back to Crystal River, after growing up and becoming a bank president in New York, walked in Mother's studio and told all who were there how dance had been instrumental in achieving her goals because she had never quit trying when things got difficult,” Coogan said. “She always had ‘Miss Marion’ in her head saying, ‘You can do it if you just keep trying.’"

As a child growing up in Depression-era Tampa, Marion knew she wanted to dance, but few families could afford luxuries such as dance lessons.

Her father had owned a jewelry store, and when he lost it during the hard financial times, he went to work with his brother running Myrtle Hill Cemetery.

“My mother and her sister Shirley claimed they never realized how bad things were because their dad would come home, throw his hat like a Frisbee across the living room toward the cat, who would jump, hiss and run off. And while still laughing, he'd say, ‘Get your suits girls, we're going swimming,’” Coogan said.

Her mother kept them fed with fish their dad caught, whatever he and his beloved beagles hunted, plus countless versions of beans and rice.

The sisters entertained themselves by listening to the radio, telling family stories, playing checkers, singing, and playing outside and turning their back porch into a rescue for animals and bugs, although Marion's dad drew the line at her pleading request to keep a pony that she'd seen in a nearby field.

A baby alligator, however, did make it into their clawfoot bathtub before her mother declared, “Marion, you're going to give me a stroke."

As for dance lessons, Marion’s persistence in asking her parents for them paid off. Her mother relented when Marion was 9, and her dad conceded that dancing would keep her busy and out of trouble.

As Marion approached adulthood, “her dance card was always full,” Coogan said, as she attended dances to support the troops during World War II.

Just out of high school, she met Howard Kaiser and the two married the day before he left for the war in Europe.

However, two years later when Kaiser returned, Marion’s father had the marriage annulled.

Prior to that, Marion and a partner auditioned for an off-Broadway musical with two ballroom/adagio routines (where the guy lifts the girl overhead). Before they finished dancing, Marion’s partner collapsed from an acute appendicitis pain, dropping her from above.

The fall broke her rib, which turned out serendipitous.

After her recovery, Marion enrolled at Tampa University in 1946 where she met George Jack, in a drama class.

Jack, a business major, had started at the university after high school, but joined the Air Force after Pearl Harbor, served as a pilot for two years, then returned to Tampa to complete his degree. They were married for 25 years.

During college, Marion taught dance at the studio of her mentor and teacher, Ella May Richard, where she completed the three-year teacher’s training course and tests needed to certify her with Dance Masters of America.

As a dance teacher, Miss Marion was never strict, but she expected each child to give their best and they did, just to please her because they loved her and she made dancing lessons fun.

“Inspiring, thorough, detailed and creative,” is how younger daughter Amber Cabrera described her mother’s teaching. “She always pulled the best out of her students — they loved her,” she said.

“As a dance teacher myself, if I was stuck on choreography for a routine, all I had to do was pick up the phone,” Coogan said. “Even in her 90's, prior to her strokes three years ago, I could call her, needing 32 counts for an advanced tap routine to 'One,' from the Broadway musical, and she'd say, ‘Give me 15 minutes and call me back.’

“Sure enough, she'd give me steps that were perfect for that routine, and I'd teach them the next day. We could always work in tandem like that for any ballet, tap, jazz, acrobatic, or ballroom dance,” she said.

Marion Jack wrung every ounce of living out of her 95 years.

In her younger days she modeled for Maas Brothers and Wolf Brothers department stores, worked as a typist at 90 words per minute on a manual typewriter, had her picture in the newspaper countless times, including on the front page of the May 7, 1945, edition of the Tampa Tribune under the four-inch bold headline: “WAR ENDS WITH GERMANY!”

She loved roses and people, collected tropical fish and driftwood, created colorful tile murals, hooked rugs, could belt out a song or cut a rug with a dance to liven up any party.

“She was a doer,” Cabrera said, “lots of projects always going. She loved me very much and family was very important. She loved animals. She was very beautiful and so talented and creative.”

“From my mother, I learned not to give up if I wanted to accomplish something,” Coogan said. “I learned it's OK to make mistakes. I learned unconditional love.”

To contact the daughters of Marion Jack, email Acabrera@sidekicks.me.