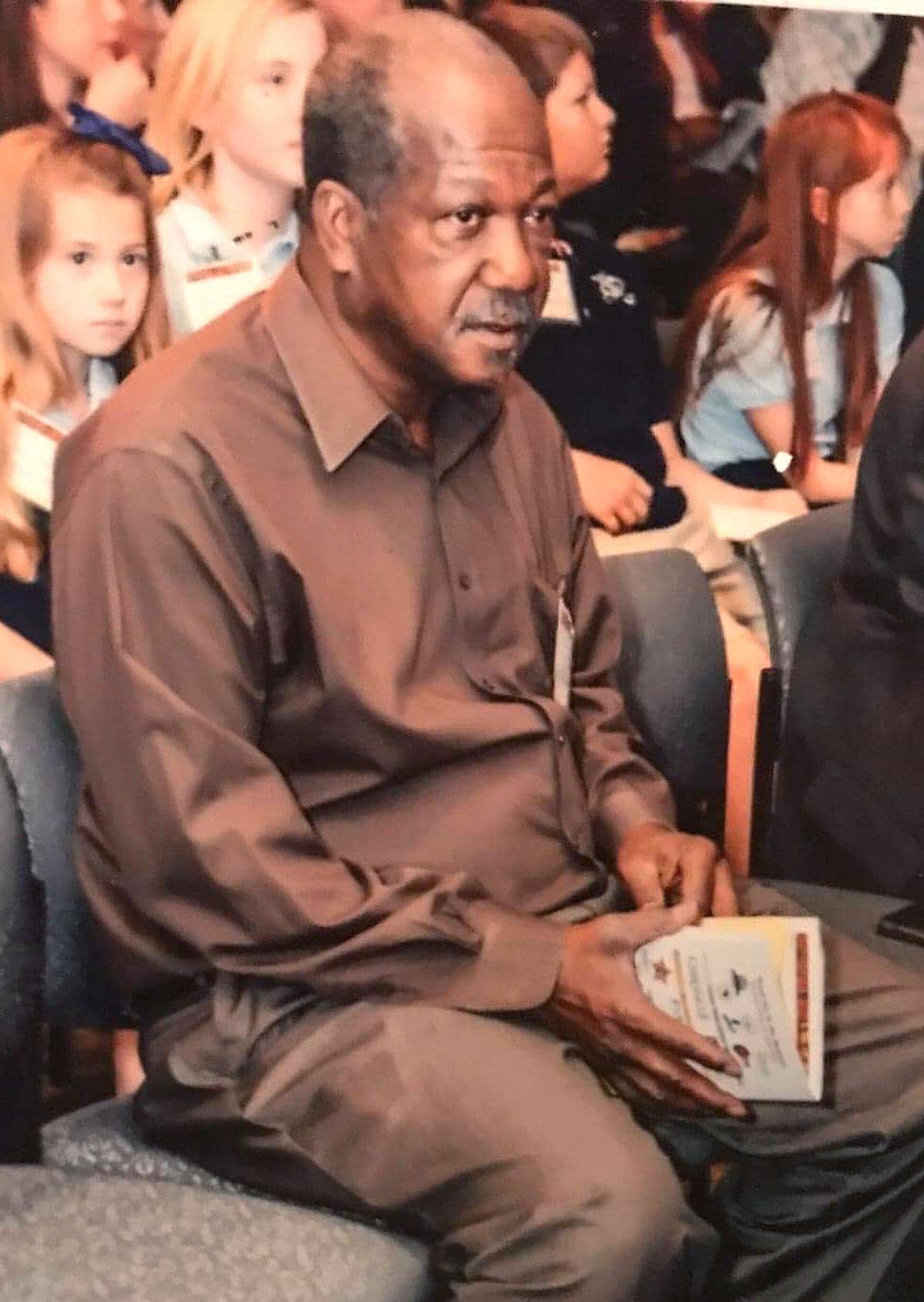 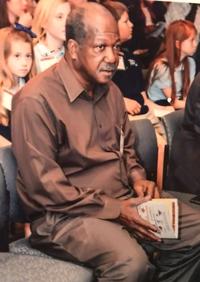 Bruce Bellamy, the ninth of 10 children born to the late Rev. Leroy Bellamy and his wife, Priscilla, died Dec. 28 at age 67. One of the things he was best known for was his stirring dramatic recitation of Dr. Martin Luther King Jr’s “I Have A Dream” speech each year on MLK Day. 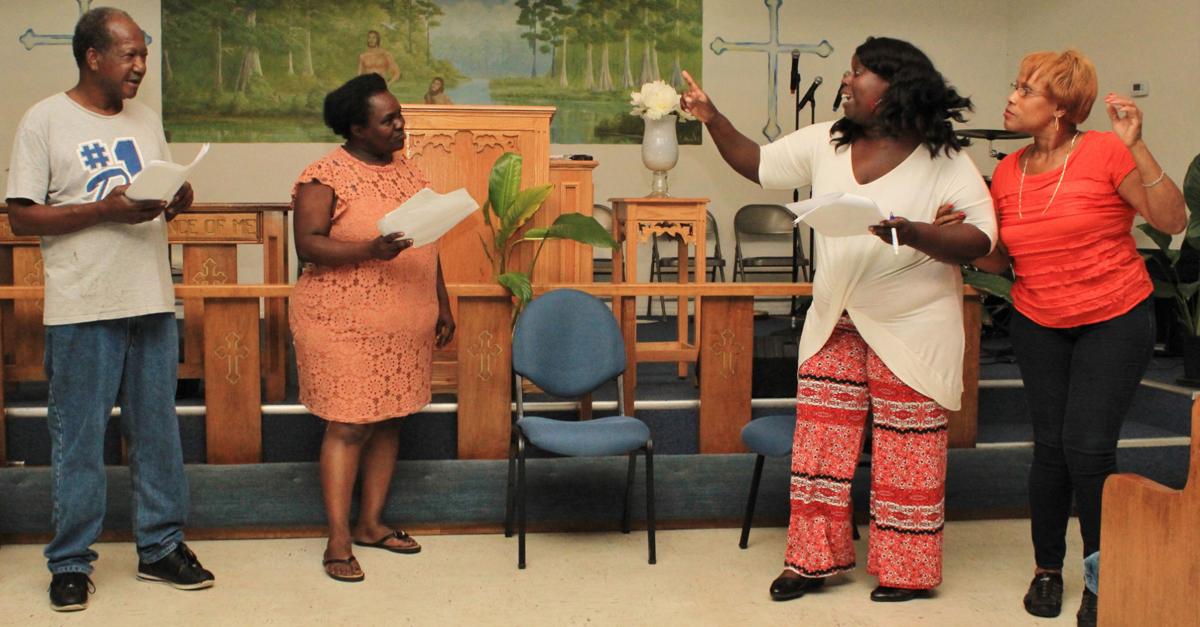 Bruce Bellamy, the ninth of 10 children born to the late Rev. Leroy Bellamy and his wife, Priscilla, died Dec. 28 at age 67. One of the things he was best known for was his stirring dramatic recitation of Dr. Martin Luther King Jr’s “I Have A Dream” speech each year on MLK Day.

Of the 10 children born to the late Rev. Leroy Bellamy and his wife, Priscilla, Bruce was the one known for being bitten by the acting bug.

“From a young age, he was gifted,” said older brother Randolph Bellamy. He had a knack for memorizing — Bible verses, driving directions, his lines in a play.

From acting in community theater, writing and directing his own plays and skits or his dramatic recitation of Dr. Martin Luther King Jr’s “I Have A Dream” speech that he performed on many occasions, the ninth born of 10 siblings made his mark on Citrus County.

Growing up in Inverness, Bruce was a student at the all-Black Booker T. Washington School when it was integrated.

In 2015, he told the Chronicle about fights breaking out, name-calling and how tension filled the classrooms.

However, Bellamy’s father taught his kids not to judge people by the color of their skin.

“You judge a man by how he treats you,” Bellamy said. “You learn to deal with it and have as little controversy as you can because controversy usually only escalates the problem. You learn to be diplomatic.”

After Booker T. Washington, Bruce went on to Citrus High School where he played baseball and football. That’s also where he met his lifelong friend, Michael Redding.

“We were in sports together and we hung out at church together,” Redding said.

Redding said Bruce had a keen sense for what made kids tick.

“He was always involved with things like coaching, and people would call on him to tutor their kids,” Redding said. “One of my grandkids was struggling in school ... and we couldn’t figure out why. He was good with his hands, but he just wasn’t good with books.

“But Bruce figured it out,” he said. “He’d come over and sit with him. After awhile I said, ‘So, what are we dealing with? We got a problem?’ He said, ‘There’s no problem. He’s fine, he’s smart. He just needs to be shown what to do and then he can do it.’

“He’s 15 now and he’s been an honor roll student ever since,” Redding said. “Bruce turned him around, and no doubt he did that for other kids.”

One such kid was Tammy Langley.

Now a pastor and a school principal, when she was 9 or 10, she had low self-esteem.

“Bruce helped me by giving me an outlet through performing arts,” she said. “We used to do skits in various churches, and most of the time it was just the two of us.”

She said he encouraged her and even came to see her perform in high school plays.

As an adult, Langley continued doing skits and plays with Bruce, including the three “Church Folks” plays that Bruce wrote himself, directed and acted in.

“Every skit or play we did had some type of message for the soul,” she said, “whether to motivate, encourage or shed light on a wrong that needed to be corrected, like ‘Church Folks.’

“And every play he did was to benefit the community, like when Mt. Carmel Missionary Baptist Church needed repairs and we did it as a fundraiser,” she said. “He cared about and loved people. He was like a preacher through his plays ... although he never stood behind a pulpit, he always got the message out.”

She said she might not have had the confidence to be a pastor or a principal, get her doctorate or speak in public if it hadn’t been for Bruce Bellamy.

“God knew what he was doing when he placed him in my life,” she said.

Bruce didn’t finish college, but he was a scholar, an avid reader, a listener.

He served in the Army, ran for the school board.

He worked a variety of jobs: construction, working at the city of Inverness water department, certified nursing assistant in a nursing facility and later a licensed practical nurse.

Sheri Wright said, “That was one intelligent man. ... I trained him to be a certified nursing assistant at Avante of Inverness and he surpassed me, going on to become a nurse — one of the most caring nurses, very dependable.”

“My best memory of Bruce was when he was working at Superior Residence in Lecanto and a job in the supervisor department came open,” Wright said. “He was the only person that was qualified for the job, and when they didn't give it to him I was very upset.”

He told her not to worry because what God had for him was for him.

“Just a humble soul, and I love him,” she said.

His wife, Gail, loved him too, ever since they were in high school.

She said they had a number of rough years, but they were lifelong best friends and sweethearts.

“He was a good friend, honest and loyal,” she said. “If you told him something in confidence, it went no further. And he was funny, very funny.”

In July 2018, Bruce suffered a stroke, and in many ways, he has been gone for the past two and a half years, bedridden in a nursing facility, unable to speak, unable to breathe without the aid of a tracheal tube, yet with a strong will to live, Gail said.

She said his faith gave her faith.

Then after Bruce survived COVID-19, the family’s prayers were answered when Bruce was able to breathe on his own for the first time since his stroke.

“We called him on Christmas — the whole family — and we all wished him a Merry Christmas,” Gail said. “Then on the 28th, he passed.

“People will say the community lost an upstanding citizen, and that’s true,” she said, “but I lost my best friend.”