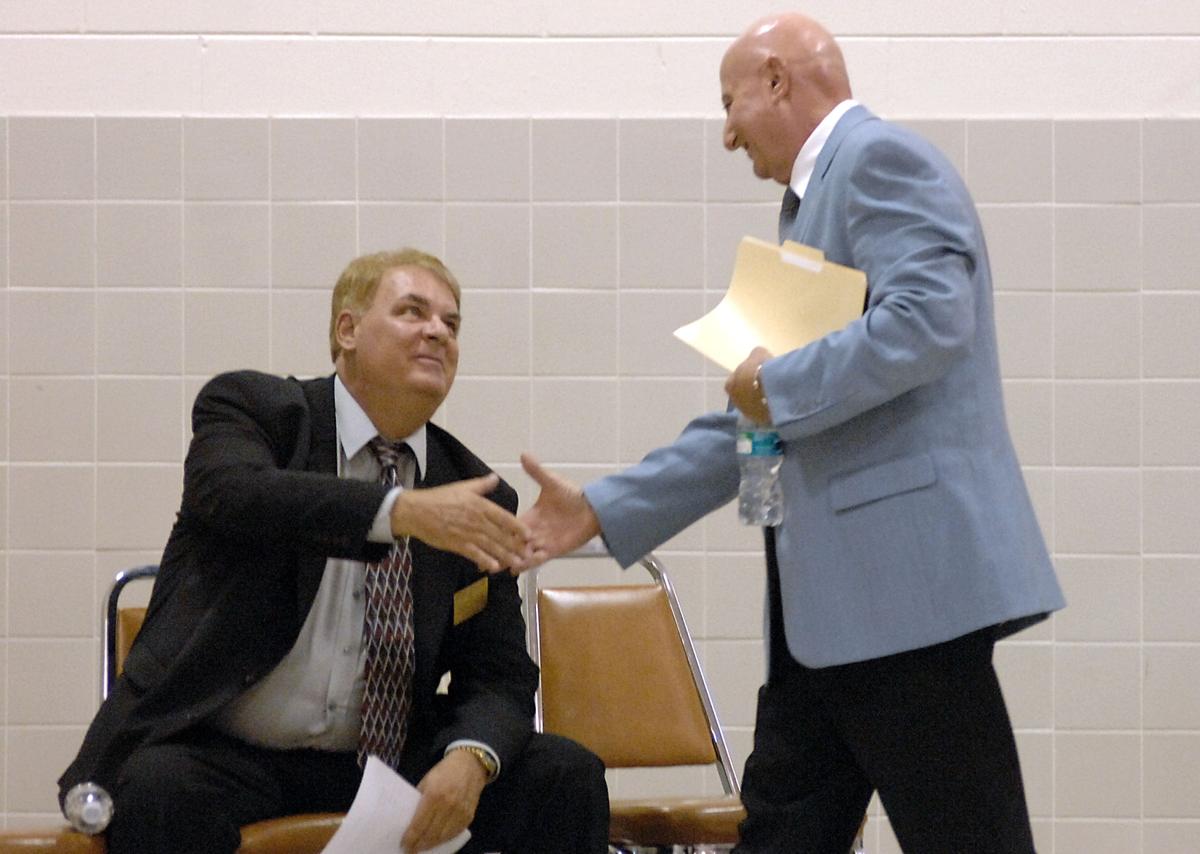 In this 2008 photo, County Commission District 1 candidates Democrat Bernie Leven, left, and Republican Dennis Damato greet each other during a forum at the National Guard Armory in Crystal River. Leven died Nov. 5 at age 73. 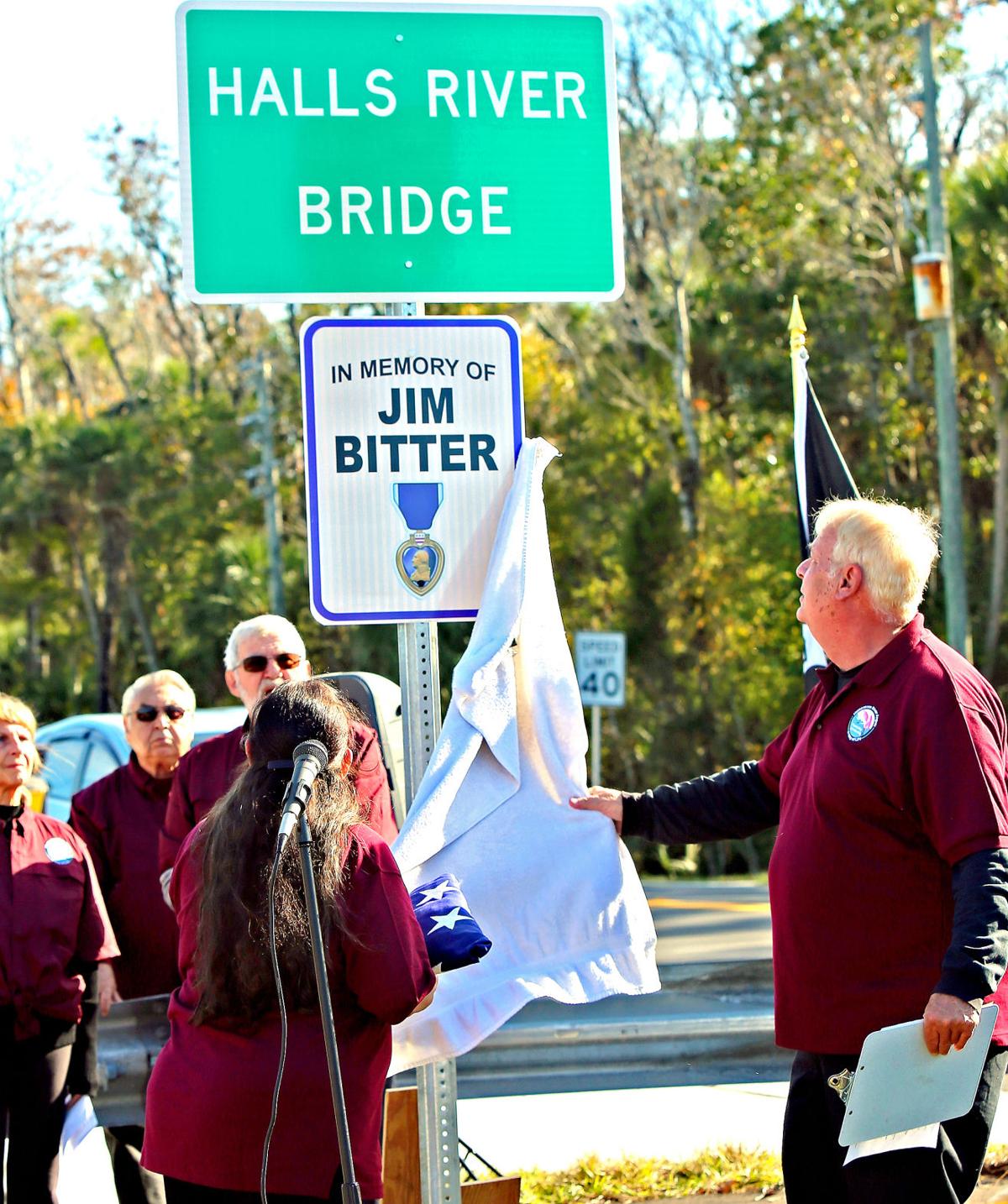 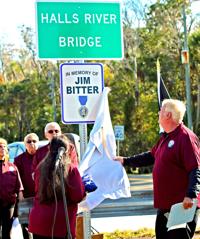 In this 2019 photo, Bernie Leven, with Homosassa River Angels, unveil the new sign for the Halls River Bridge, dedicated to his friend and mentor, the late Jim Bitter. Leven died Nov. 5 at age 73.

In this 2008 photo, County Commission District 1 candidates Democrat Bernie Leven, left, and Republican Dennis Damato greet each other during a forum at the National Guard Armory in Crystal River. Leven died Nov. 5 at age 73.

In this 2019 photo, Bernie Leven, with Homosassa River Angels, unveil the new sign for the Halls River Bridge, dedicated to his friend and mentor, the late Jim Bitter. Leven died Nov. 5 at age 73.

At every county commission meeting Bernie Leven attended — and he attended many — he always went prepared.

Not to rant and rave or sling zingers at the commissioners, but mostly to listen.

And when he did step up to the podium to voice his opinion, he did so thoughtfully.

“He was sincere in the battle,” said Teddi Rusnak, a friend and fellow activist and community advocate. “He was a very dear person, a friend of the county, a friend of the environment, the local business community and of homeowners. He was tireless, indefatigable, and he is sorely missed.”

Bernie Leven died Nov. 5 after a long, hard-fought battle with cancer. He was 73.

Leven moved to Citrus County in 1996 from Pittsburgh, Pennsylvania, where he had owned restaurants and had other business ventures.

His passion was for the environment and our local waters.

“He was extremely vocal in his platform — water was his No. 1 issue,” said former Commissioner Gary Bartell. “He never let an opportunity go by without being an advocate for water quality.

“The thing that made him different and the thing I always admired about him, he always judged things on their long-term merits. He cared, and cared very strongly, not for the benefit of Bernie Leven, but for future generations,” Bartell said.

Leven was a big picture person, with the ability to “take a 360-degree view of issues,” Rusnak said. “When he would speak at the Citrus County Council meetings and work in committees, he would look at things both from a business background perspective and from an activist viewpoint.

“He could see the unintended consequences of an action, and I always admired that about him,” she said. “He could temper his fervor for something by asking, ‘What’s practical? How do we get the money for this? What are the consequences if we move forward?’ He had that ability and brought that to many issues.”

“That was back in the day when there was a lot going on in Citrus County,” Valentino said. “That was also a time when we had a board that took in a lot of input and allowed people to have a voice in government, and Bernie had a voice. It was a great time.”

“He knew what the county was doing and not doing and why they were doing it,” said Janet Barek, another friend from some of the organizations Leven belonged to. “He was all for the people. He lived and enjoyed doing for others.

“It was a different time,” she said. “When it was his turn to speak, he was always respectful. In all the years I knew Bernie, I never heard a swear word from him.

Twice Leven threw his hat into the ring and ran for county commissioner.

“There were some important things coming up and he really wanted to serve the people,” Valentino said. “He felt that people were losing their voice, that they weren’t being heard, and he felt he could do more on the board.

“Politics was definitely in his blood,” she said. “He had the fire in the belly. He didn’t run just to have a job; he ran to serve.”

“It was the will of the voters,” Leven told the Chronicle after the 2008 election. “They made their decision. I’ll still support the county any way I can.”

One of the ways he supported the county was with his prolific letters to the editor and guest columns published in the Chronicle.

“The BOCC’s recent unanimous decision to hire a lobbyist to promote the construction of a port in Citrus County should enrage every county taxpayer. Why on Earth would anyone pay to promote a project without first completing a feasibility study to see if it is a viable project?”

In October 2014, about a proposed one-cent sales tax, he wrote a one-word letter:

In his last letter to the editor in October 2020 after a presidential debate he wrote:

“The winners: China and Russia.

“The losers: The United States and the American people.”

“Bernie loved communicating, and he would send me his letters to proofread,” Valentino said. “He was opinionated, and sometimes ornery, but he loved the community.”

Of his accomplishments, Leven would probably point to his role in bringing the Environmental Jeopardy Games to the annual Save Our Waters Week and helping to erect a plaque at the Halls River Bridge in Homosassa in memory of his friend and mentor, the late Jim Bitter.

The Jeopardy-style game started out as a fundraiser for Citrus 2020, said Lace Blue-McLean.

“Then Bernie was instrumental in getting the high school version going, which later included middle school students. He was interested in ways to educate the community about the protection of our waters, and he knew the importance of getting students involved.”

On Dec. 6, 2019, the Halls River Bridge in Homosassa was dedicated to local Korean War veteran and Purple Heart recipient James C. Bitter, a day that Leven had longed to see.

Shortly before Bitter died in 2016, Leven told him that someday he would like to do something in the community to memorialize him.

The Halls River Bridge, Leven said in 2019, was the perfect way to do it, especially since the bridge is adjacent to land that was the focus of a four-year legal fight to prevent controversial development.

“He (Bitter) was not against development,” Leven said at the dedication. “He just wanted smart growth in the right places. He wanted to keep the wetlands and scenic beauty in that area west of U.S. 19 pristine.”

“His heart was always with our community,” said Curt Ebitz, a longtime friend who worked with Leven on Save Our Waters Week. “He was a good, active listener, and his demeanor was always very calming.

“He was a Democrat, but his political party was never a boundary,” Ebitz said. “Politics weren’t important to him, people were.”