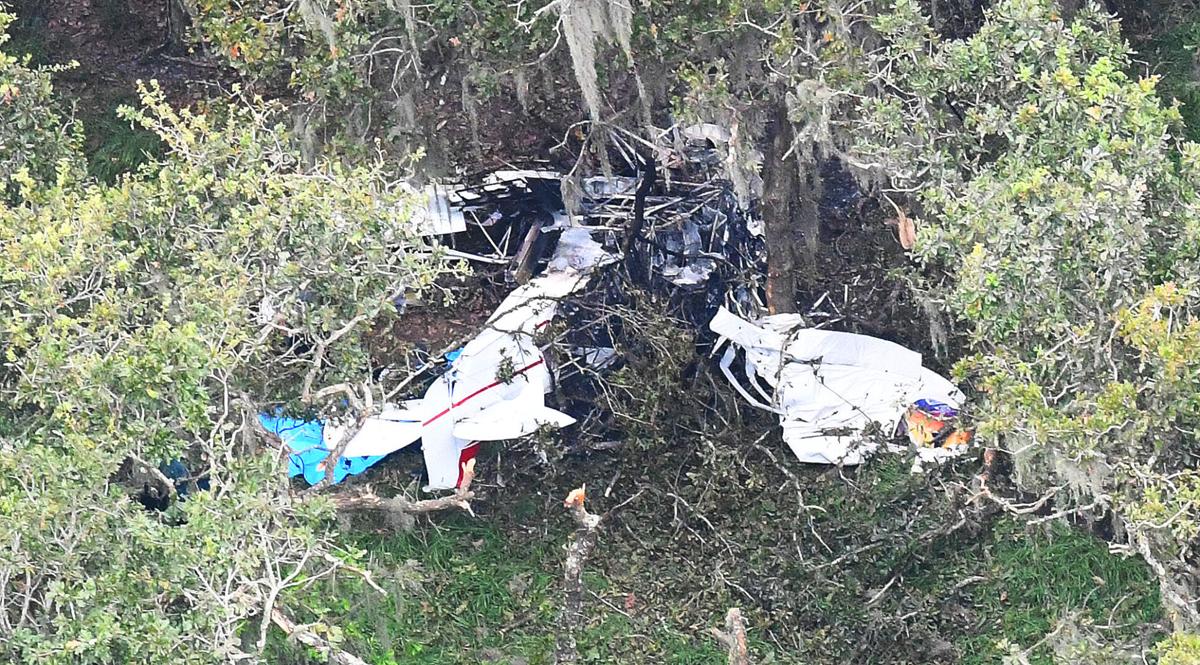 Workers with the Federal Aviation Administration investigate the scene of a single-engine aircraft that crashed Wednesday morning south of the Inverness Airport, killing the pilot. The aircraft came to rest upside-down under a hammock of thick oak trees that the plane crashed through before hitting the ground. 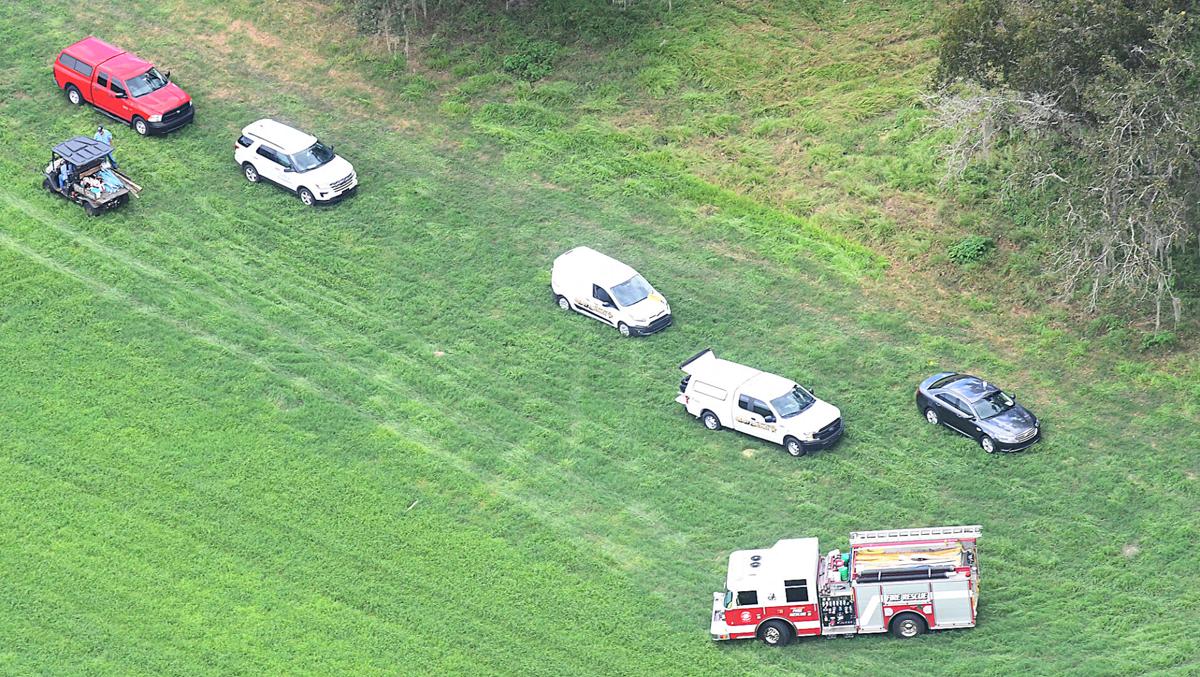 Emergency officials park adjacent to the scene of a plane crash south of Inverness Wednesday, Sept. 23, 2020. Officials with the Federal Aviation Administration from Tampa arrived at the crash late Wednesday morning to investigate the cause of the crash.

Randy Berry was born to fly.

Not big jet airplanes, but small planes, the kinds that are used to provide aerial applications for agricultural uses, such as crops and hay.

“It is true flying,” Berry’s wife, Beverly, said. “No autopilot, an agricultural pilot is on the entire time. It’s very active flying.”

Berry, 67 was doing what he loves Wednesday morning, Sept. 23, 2020 when the single-engine plane he was flying crashed just 2 miles south of the Inverness Airport, killing him.

The Berrys own Eagle Vistas LLC, an agricultural pilot flight school and commercial ag sprayer. The company, in operation for 18 years, moved in 2018 from Fort Pierce to Inverness, and was stationed at the Inverness Airport.

He was piloting the company’s Piper Pawnee around 8 a.m. Wednesday from the Inverness Airport to spray a field just south. For unknown reasons, the plane crashed into the tops of trees in a heavily wooded area, catching fire, Citrus County Fire Rescue spokeswoman Cortney Marsh said.

The crash killed Berry, who was the plane’s lone occupant.

The crash happened on acreage owned by Albert “Bo” Rooks Jr., at the end of a cul-de-sac on South Woodwind Point. Rooks declined to comment.

Chan said three student pilots from Right Rudder Aviation, which he owns, were at the airport practicing takeoffs and landings when one saw the crash from the air. The pilot radioed the Federal Aviation Administration directly and reported the crash.

“He was a good guy, an asset to our community,” cattle rancher Larry Rooks, chairman of the Citrus County Agricultural Alliance, said. “He was always open to helping the farmers.”

“It’s a real loss,” Bays said. “The whole Ag Alliance group will feel it. We’ll pray for the family.”

Bays said he admires crop-dusting pilots who must fly their planes low to the ground.

“That’s a dangerous business,” he said.

While the cause of the crash is not yet determined, Chan echoed that observation.

“It’s one of the most dangerous forms of aviation,” he said. “It’s very unfortunate. Our hearts go to Beverly and his family.”

Beverly Berry said her husband was a third-generation pilot who had been in the business of agriculture flying for over 40 years. He was about to get recognized by the Federal Aviation Administration for his numerous decades as a pilot and airplane mechanic.

“We train our pilots that this is precision flying,” she said. “It’s not willy nilly or carefree.”

Multiple 911 calls came in moments after the Piper PA25 Randy Berry was piloting crashed into a tree line, killing the 67-year-old pilot, shor…

Postscript: Aviation was part of the family for fallen pilot

If it went fast, Randy Berry was more than interested.

Two witnesses to a September plane crash that killed the pilot reported seeing the plane dipping below tree tops for crop spraying, but it was…