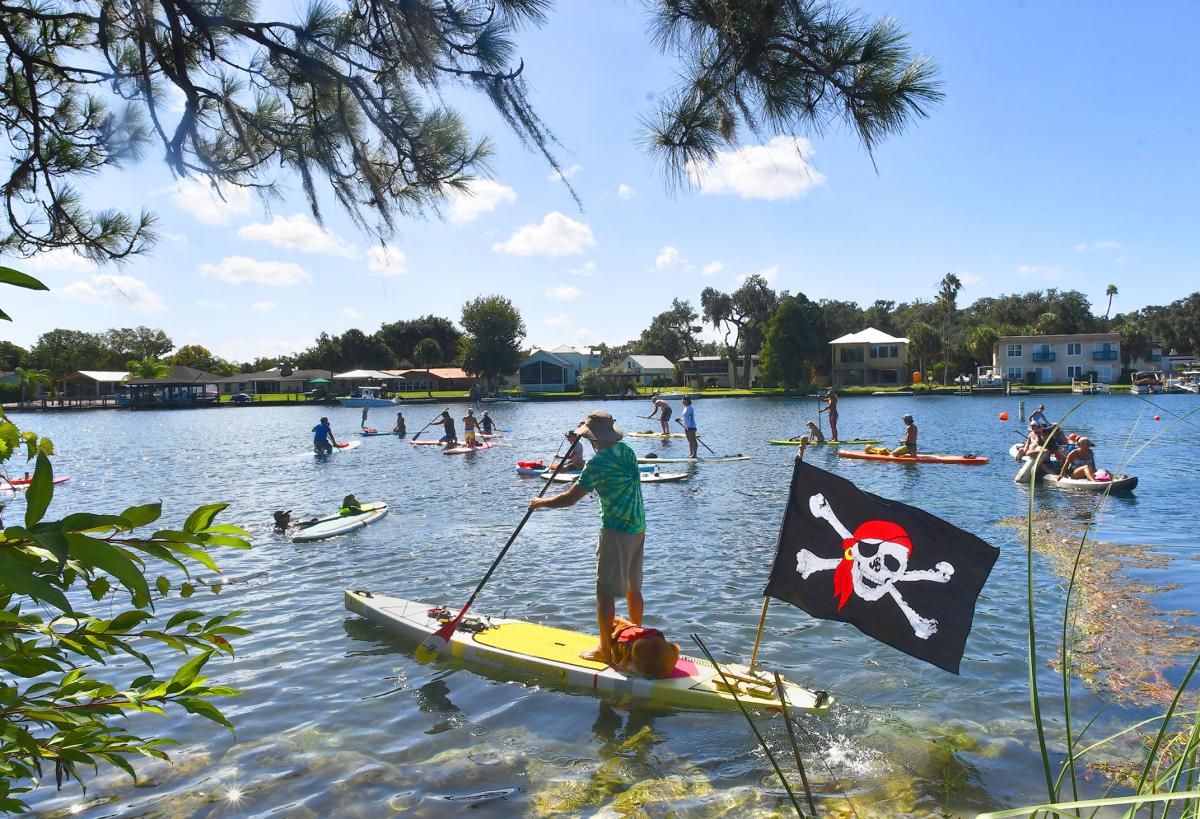 Randy Parks paddles away from Hunter Springs Park Saturday morning as part of a group paddle in memory of the late Josh Hensley begins. A group of about 50 paddlers gathered and quietly paddled their way to Kings Bay. Hensley, who died last week, was known widely for his portrayal of Capt. Jack Sparrow from Disney’s “Pirates of the Caribbean” film series. 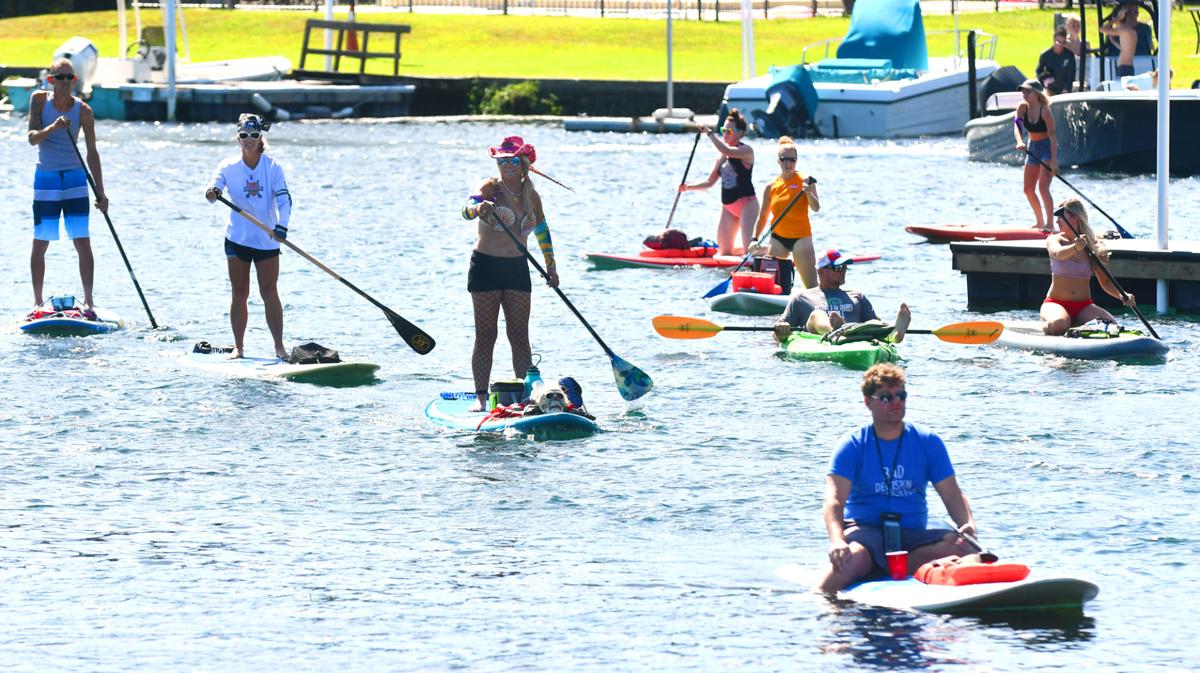 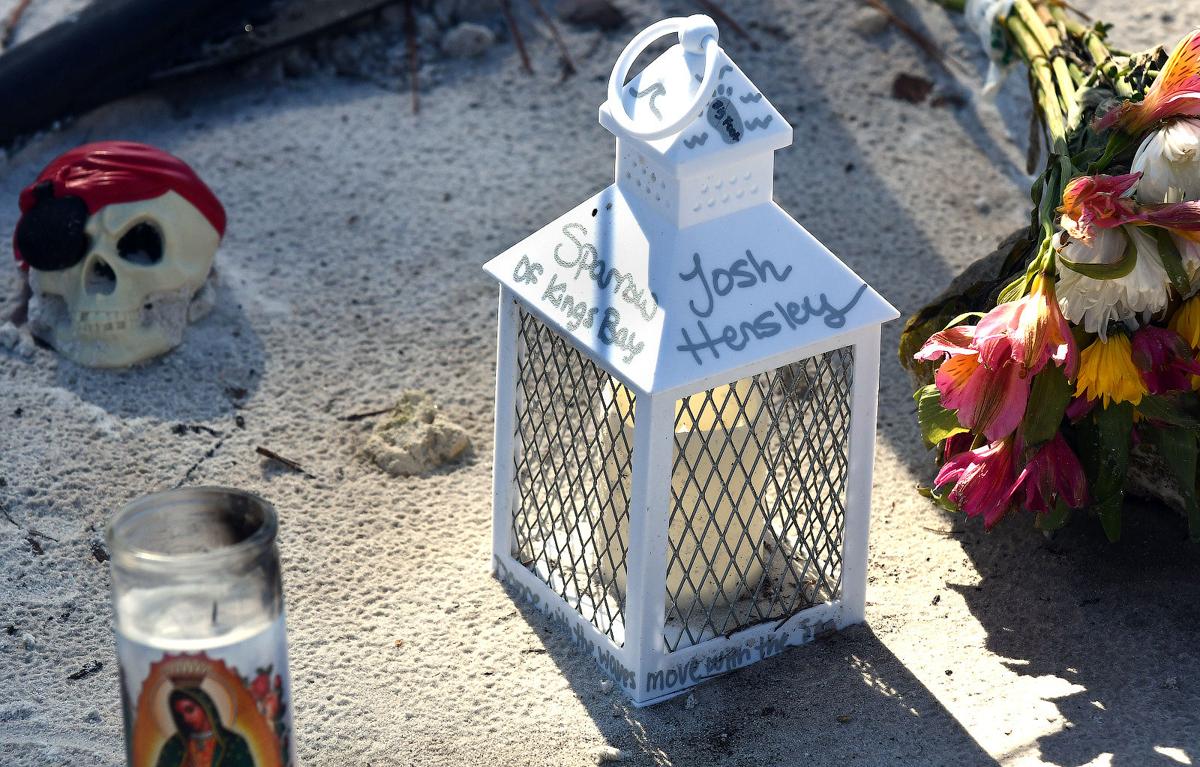 Visitors at Hunter Springs Park have created a memorial to remember Josh Hensley. The lantern above reads, "Sparrow of Kings Bay Josh Hensley."

More than 50 paddle boarders and kayakers launched Saturday morning from Hunter Springs Park into the waters of King's Bay to pay tribute to the late Josh Hensley, who paddled out in the same waters, dressed as Crystal River's "Captain Jack Sparrow."

Hensley's body was recovered Monday in bay waters near Pete's Pier, after he was last seen Saturday evening at Hunter Springs Park. He was 43.

Mourners made a memorial for Hensley on the park's beach, bordering it with paddles and filling it with flowers, prayer candles, photos, pirate novelties and messages of love inscribed in the sand.

Some of those who paddled out Saturday dressed in pirate attire to honor Hensley's enchanting personality that captivated a community.

Whether he was Josh Hensley, the designer/artist/business owner of Big Foot Paddle Boards, or “Captain Jack Sparrow,” pirate/entertainer/ambas…