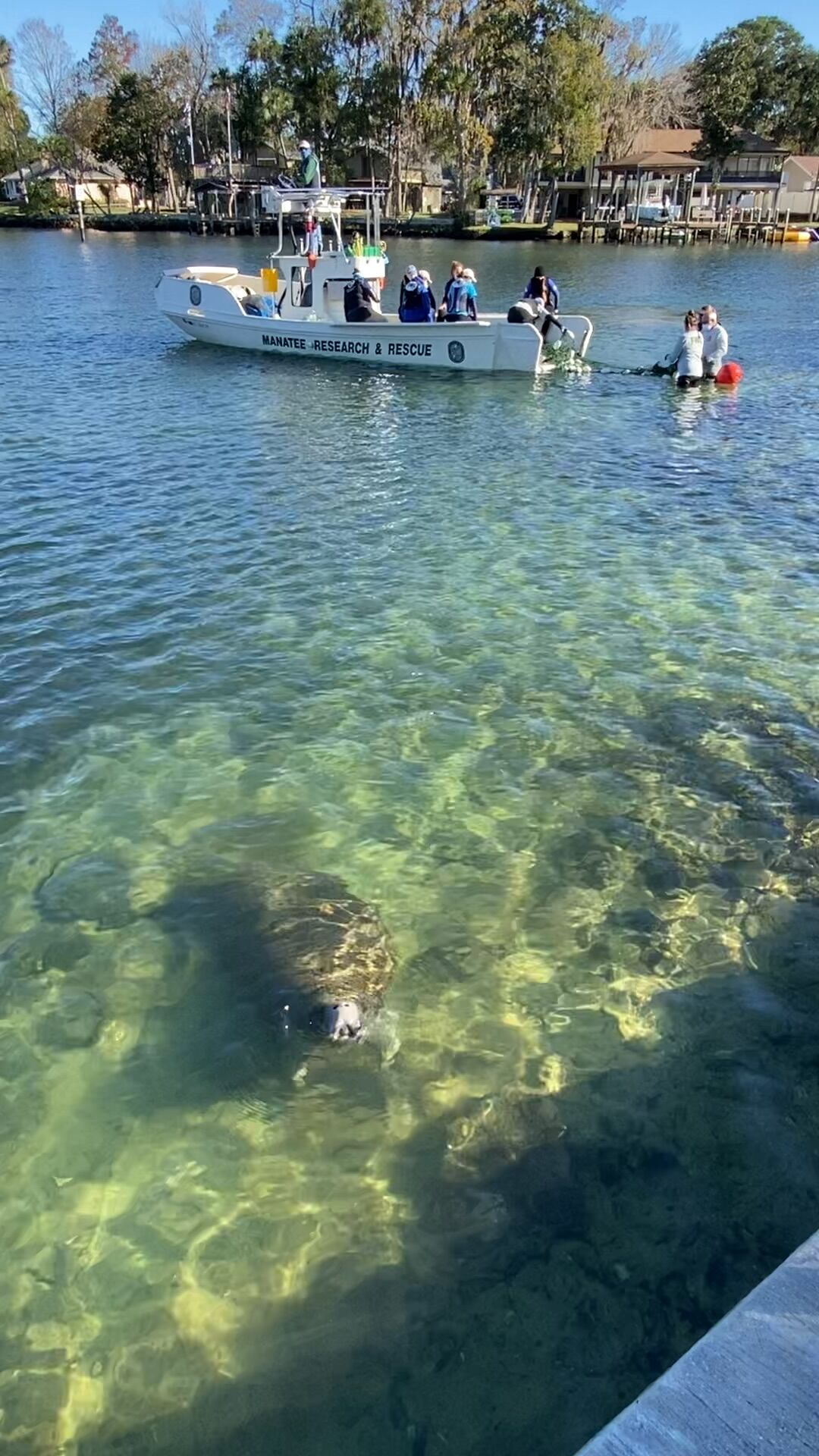 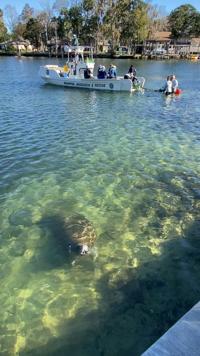 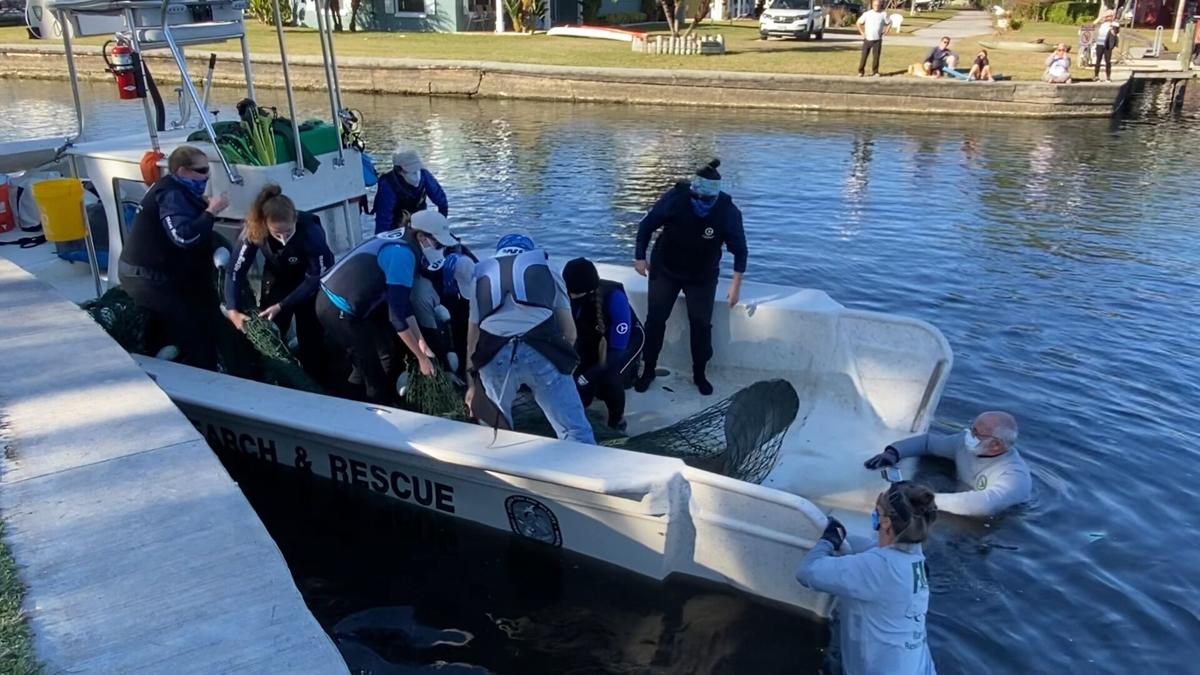 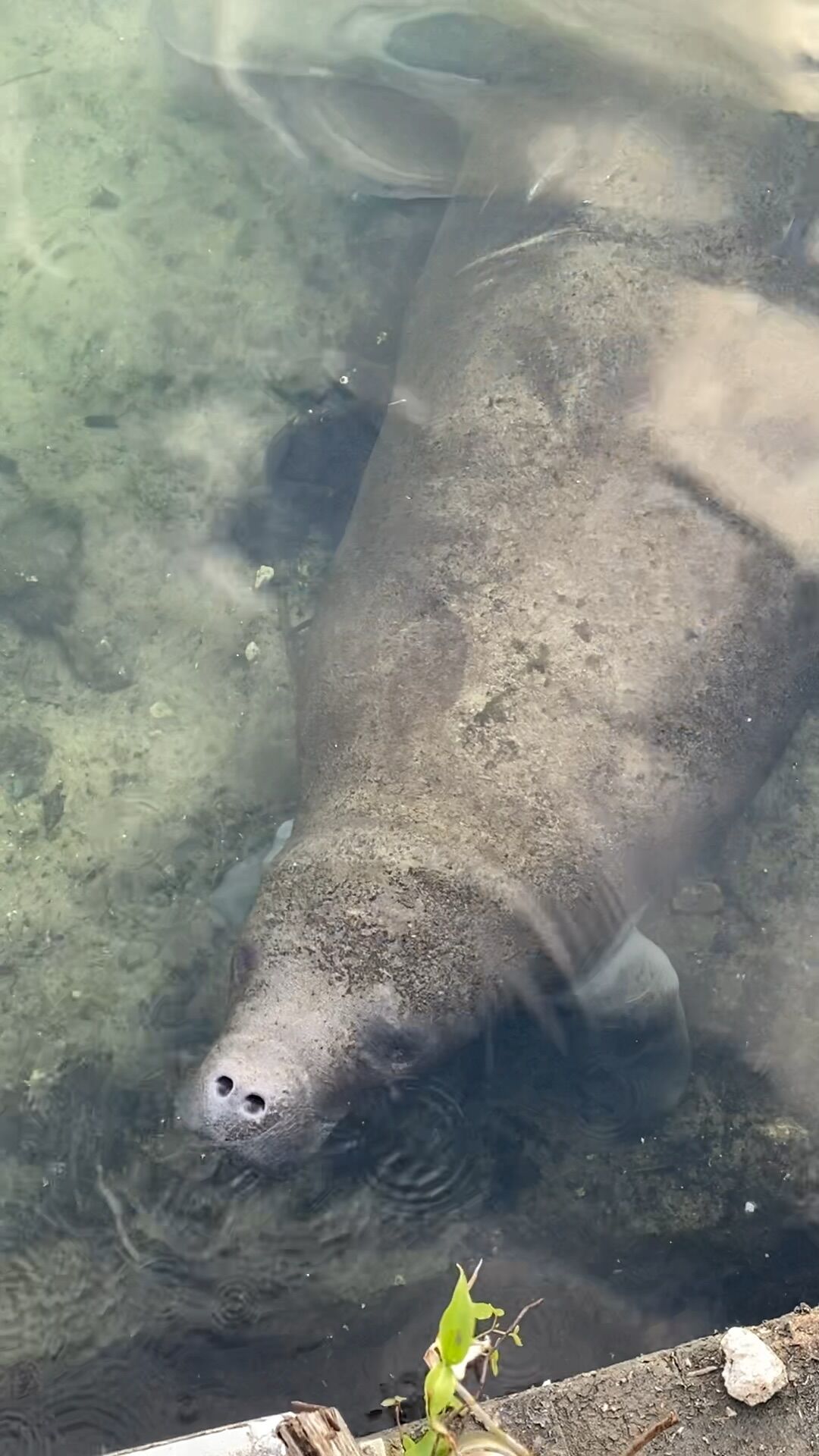 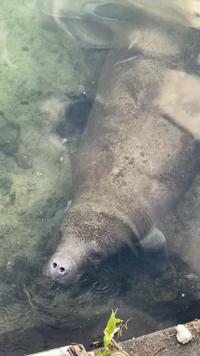 The injured manatee stays close to the seawall, suffering from a previous boating strike.

The injured manatee stays close to the seawall, suffering from a previous boating strike.

Jennifer Scappettone had come to Homosassa from Chicago four weeks ago to meet her family for Christmas.

Those plans fell through when her mother was diagnosed with the coronavirus. But through a series of events, an ailing manatee near the Homosassa Springs Wildlife State Park is recovering because of Scappettone’s tenaciousness in getting the animal help and transported to Tampa for treatment.

The plan was to quarantine for two weeks here before her parents were to come to Homosassa from Fort Lauderdale. In the meantime, Scappettone and her partner would enjoy the waterways and rent a small converted garage to live in for a month.

The college professor from the University of Chicago has been remotely monitoring the manatees and their plight since her sister and brother-in-law moved to the Homosassa area nearly a dozen years ago. She also visits and kayaks the canals and waters to see the animals in their native habitat.

“The one great thing from having the place for a month was being able to explore ... Florida has been fascinating to us,” she told the Chronicle.

But Saturday evening, Dec. 26, Scappettone spotted a manatee and something wasn’t right. She had watched and studied enough about the animals to know its behavior wasn’t that of a healthy manatee.

“It was very close to the seawall. It was all alone,” she told the Chronicle. “I noticed that it was in a curved position.”

“At first I was thinking it was just resting … but it was in a curved position and I had never seen that with a manatee during the past 12 years,” Scappettone said.

By Sunday morning, the manatee seemed no better, said Scappettone, who teaches creative writing and literature at the Chicago university. She also focuses on eco-literature and has published a book of poems inspired by nature.

“He was sort of crawling around,” she said, moving only the front of his body and dragging the rear.

So Scappettone telephoned the Florida Fish and Water Conservation Commission for help.

She also texted the agency and had other family members call the agency until a person answered rather than an answering service.

She also called the Homosassa wildlife park but no one was available.

She timed how often the manatee came up for air: six times in just over two minutes. She knew that was not normal.

A neighbor told her she saw the manatee having problems as early as Saturday morning, Dec. 26. No one other than Scappettone had called for help.

“I was sort of going into panic mode,” she said.

Eventually, a Florida Fish and Wildlife Conservation Commission rescue worker from Saint Petersburg called Scappettone and Scappettone told her what she could about the manatee’s condition.

The Fish and wildlife rescue worker organized local volunteers and at about 2:30 p.m., a rescue truck arrived and 15 minutes later a rescue boat.

Between Jan. 1 and Dec. 11, there have been 101 manatee rescues in Florida; five were in Citrus County, according to the Fish and Wildlife website. This makes the sixth.

The manatee was 8 feet, 6 inches long and was a sub-adult, Scappettone told the Chronicle from information she obtained from rescuers Monday.

Scappettone said her hope is that people call for help when they see an injured manatee, “to take care of these really vulnerable animals.”

Both her sister and brother-in-law, Terry and Doug Winn, volunteered for Manatee Watch and the Homosassa Springs Wildlife Park.

Scappettone said she wanted to thank the state agency workers, as well as the volunteers, who came out to help.

“I hope the country turns in a direction that will choose to support the front-line workers laboring in the service of wildlife and planetary health with the stable jobs they deserve, and that are necessary for the future of creaturely life,” she said.

As for the rescued manatee, his future is unknown.

The manatee is in critical condition, said Sandra Torres, spokeswoman for Zoo Tampa, where veterinarians are caring for the animal.

“His prognosis is guarded as he is dealing with complications from an old chronic boat strike wound,” she explained.