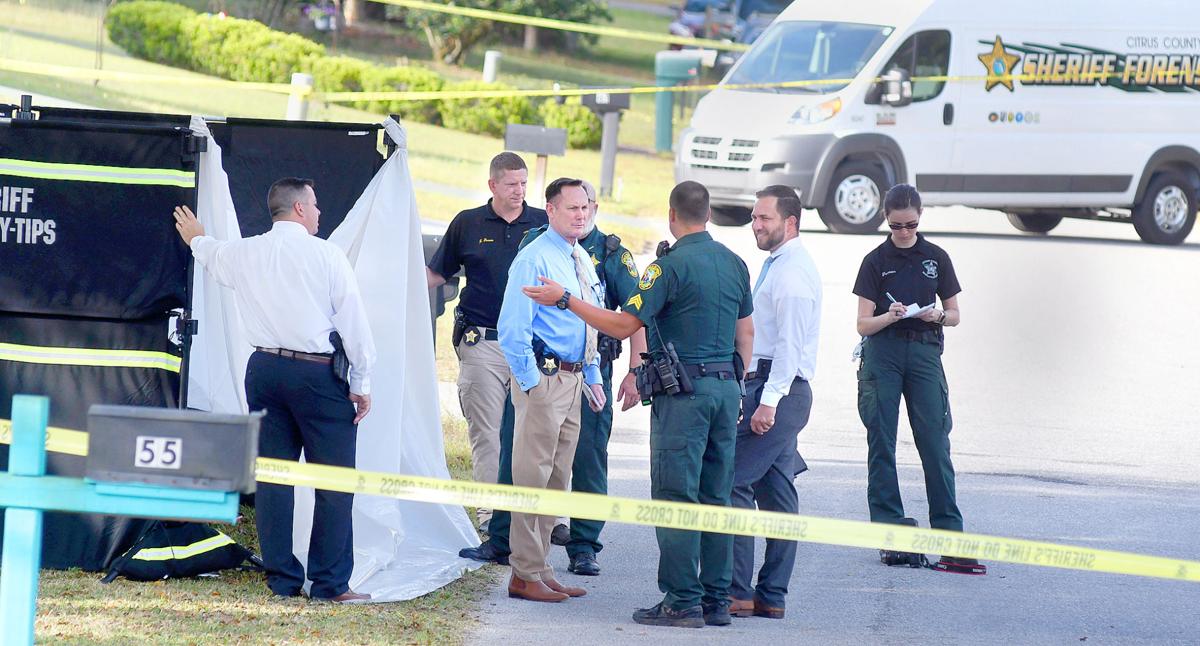 Members of the Citrus County Sheriff's Office work at the scene of a fatal shooting on South Monroe Street in Beverly Hills. One male victim was shot and died at the scene during a reported argument Wednesday morning. 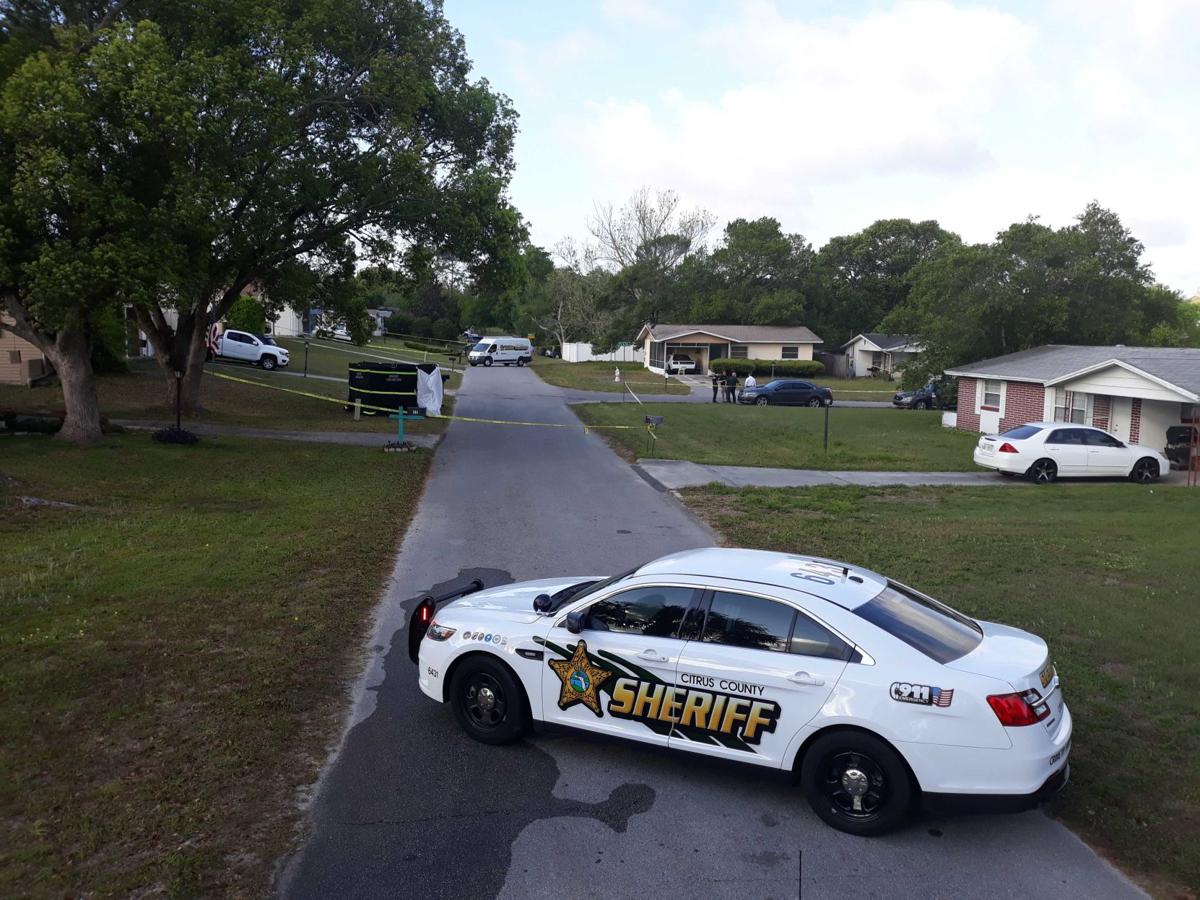 A man was shot dead Wednesday morning after a dispute with his neighbor off of South Monroe Street in the Beverly Hills community. 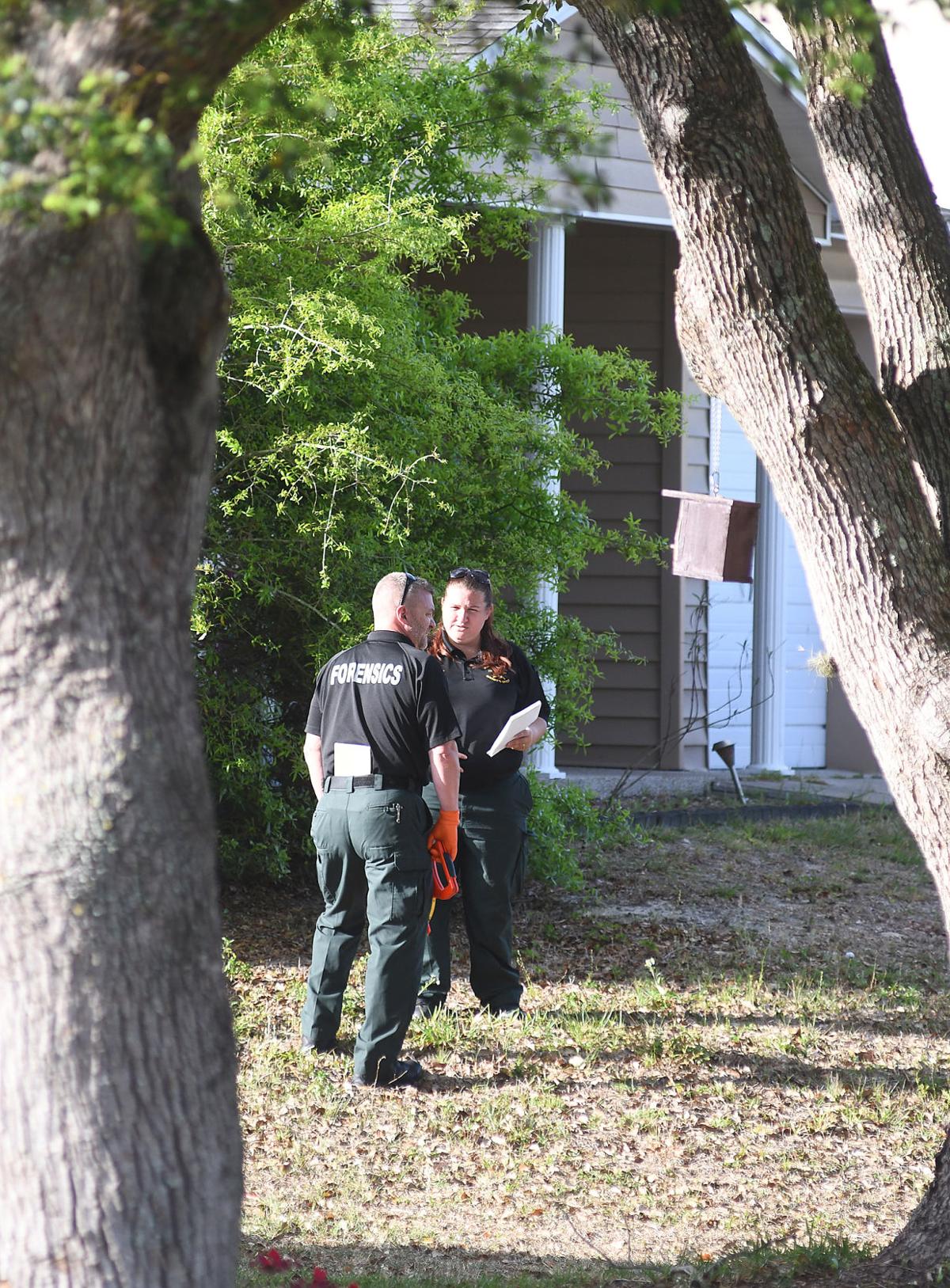 Forensic workers with the Citrus County Sheriff's Office work from the front yard of a Beverly Hills home where a shooting took place Wednesday morning. The shooting left one male victim dead. 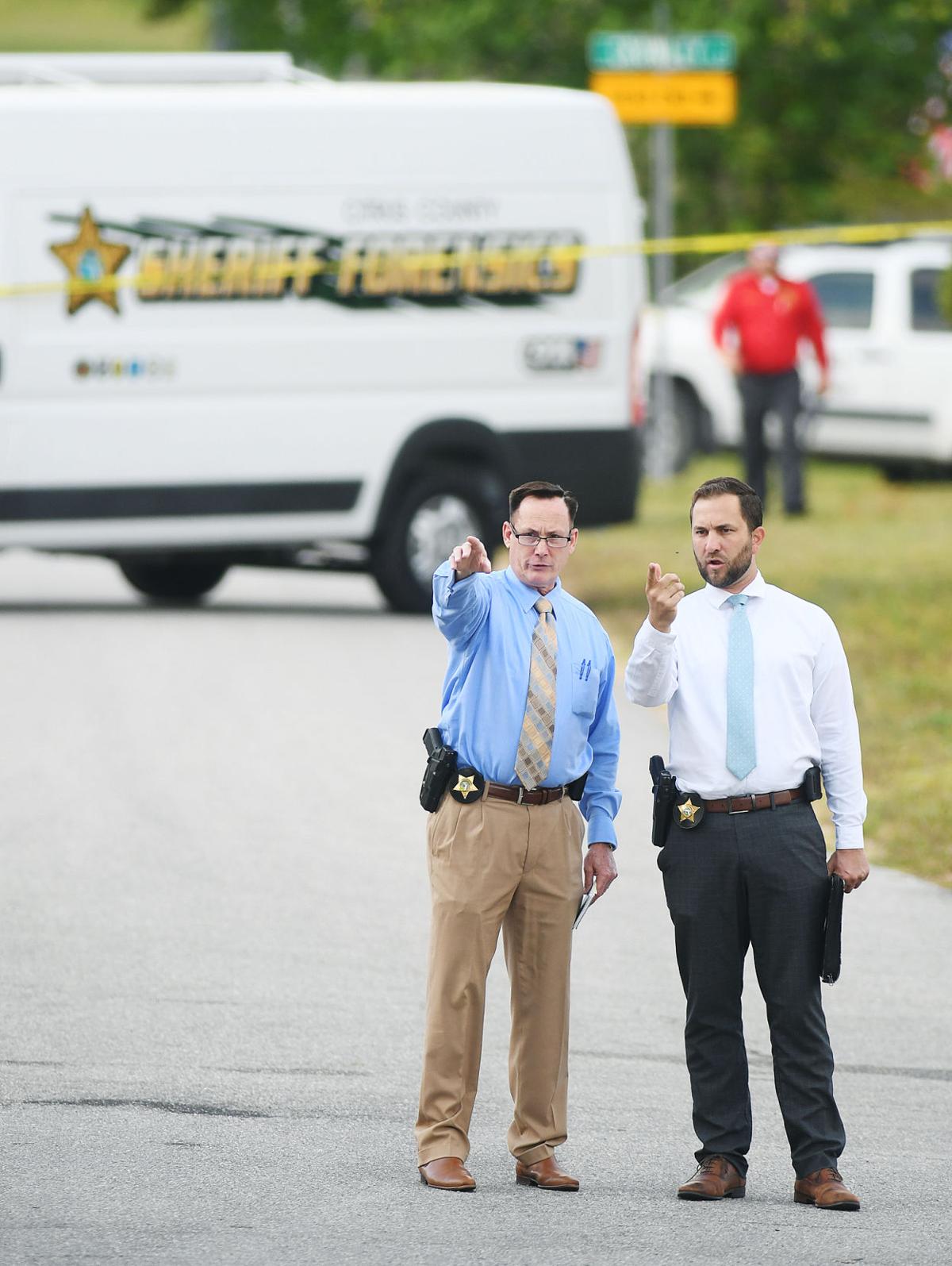 Investigators with the Citrus County Sheriff's Office look over the scene of a fatal shooting Wednesday morning on South Monroe Street in Beverly Hills. One victim was shot and died at the scene of the shooting.

Editor's Note: This story was corrected to remove information that one of the men struck the other during the dispute that led up to the shooting. The Chronicle regrets the error.

A dispute between neighbors in Beverly Hills ended Wednesday morning with a shooting death.

Citrus County Sheriff’s Office (CCSO) deputies responded at around 8 a.m. to a 911 call reporting fired shots off of South Monroe Street near Plaza Street, where deputies found a 32-year-old man dead on a front yard from a gunshot wound to his chest, according to a CCSO news release and Capt. Brian Spiddle at the scene.

Deputies also arrested a 62-year-old man, the shooter, on a third-degree-felony charge of carrying a concealed firearm without a permit, CCSO's release states.

Witnesses told sheriff's detectives the shooting stemmed from an argument between the two men. No other injuries were reported.

Those with information about the incident are being asked to contact CCSO's Major Crimes Unit at 352-726-1121.

CCSO spokeswoman Jodi Sanders said Wednesday afternoon the sheriff's office is not releasing either of the men's identities as investigations continue into what led up to the shooting.

Medical examiners are performing an autopsy on the deceased man, and detectives questioned the shooter, CCSO's news release states.

"We’re still working to figure out exactly what happened in the matter," Sanders said, adding more updates will be released as information becomes available.

Sanders said Florida's Marsy’s Law keeps the deceased man's identity secret because it applies to his relatives for their protection.

Witness and neighbor Morris Kinser Sr. said he was standing outside on his lawn nearby when he heard the two men yelling at each other.

Kinser said the older man walked from his homestead and stepped onto the other man’s property catty-corner to his lot at the intersection.

A woman tried to bring the younger man back into his house, but the older man began yelling at her from the roadway, causing the other man to confront him, Kinser said.

Kinser said the younger man did not leave his property.

Kinser said he yelled at the older man to return home, a command that prompted the man to walk down the road toward Kinser.

The younger man, Kinser said, then called out to the older man.

“The old man turned, told him to ‘shut the (expletive) up,’ then shot him,” Kinser said, adding the man was standing in the road when he squeezed the trigger.

Kinser said he heard one gunshot fired from what appeared to be a low-caliber pistol, and pointed to a CCSO evidence marker in the road where the shell casing landed.

The round struck the younger man in his chest, causing him to stumble and fall backward, Kinser said.

Kinser said he along with the woman tried to treat the wounded man.

“I tried to do what I could for him but he died,” Kinser said. “I was trying to help him.”

Kinser said the older man kept telling him and the woman his age and that he had a bruised head.

Sheriff's investigators and forensic examiners set up screens to surround the man’s body outside while they scoured the area for evidence.

Patrol cars and crime scene tape in the vicinity blocked South Monroe Street off to traffic.

The man charged with carrying a firearm without a permit following a shooting death in a Beverly Hills neighborhood has been identified.

MONDAY, JUNE 1st thru WEDNESDAY, JUNE
VILLAGE TOYOTA NO PAYMENTS FOR UP TO 6
000YHNU Glamour Salon specializes in
NOW AT OUR NEW LOCATION On Hwy 44 in
Lunch Specials EVERYDAY Corned Beef &
000YEQ6