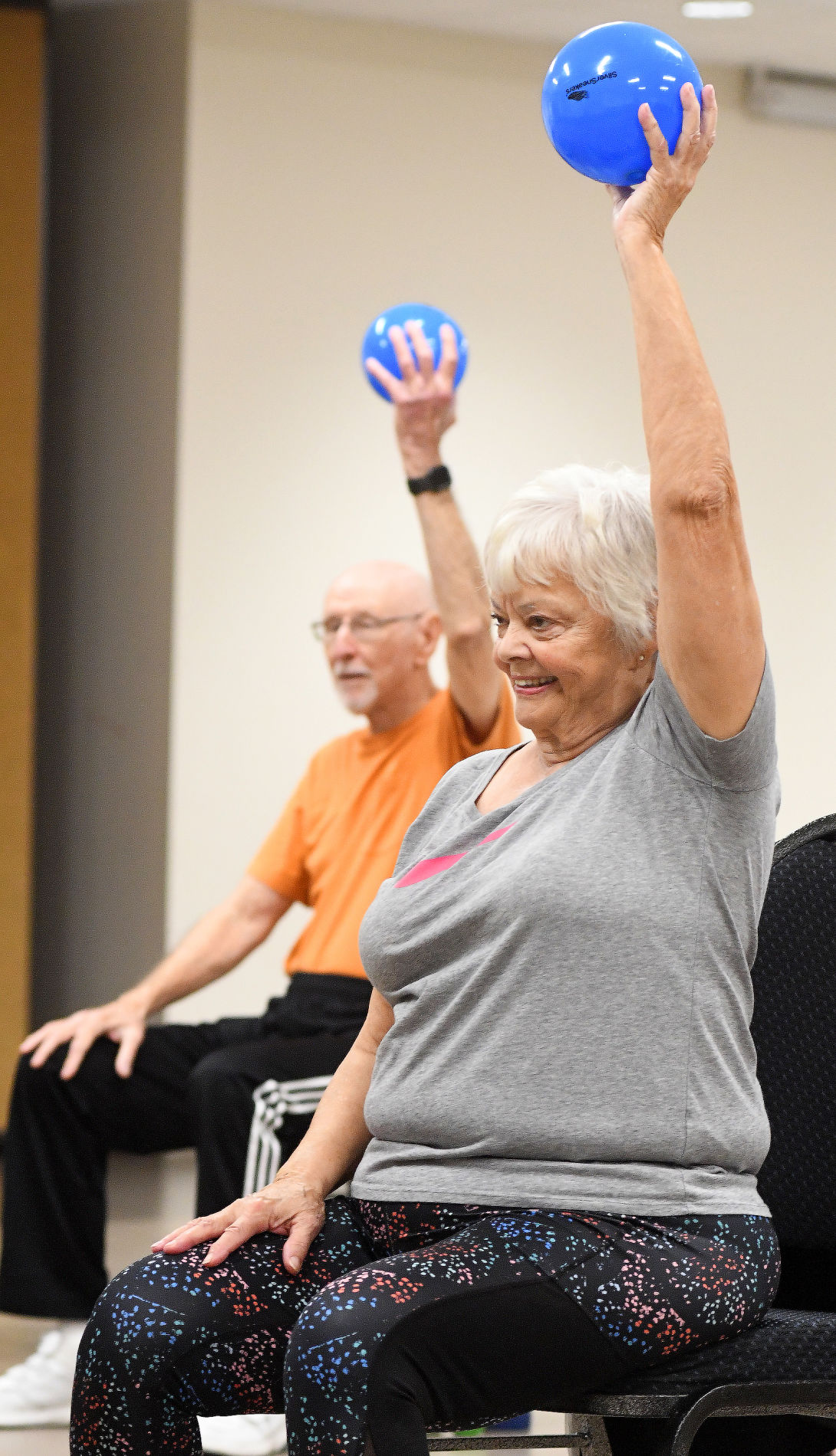 Sharron Craven works out this month at the Citrus Memorial Health Systems YMCA during a SilverSneakers cardio class. The Y is a popular place for many area seniors to exercise. 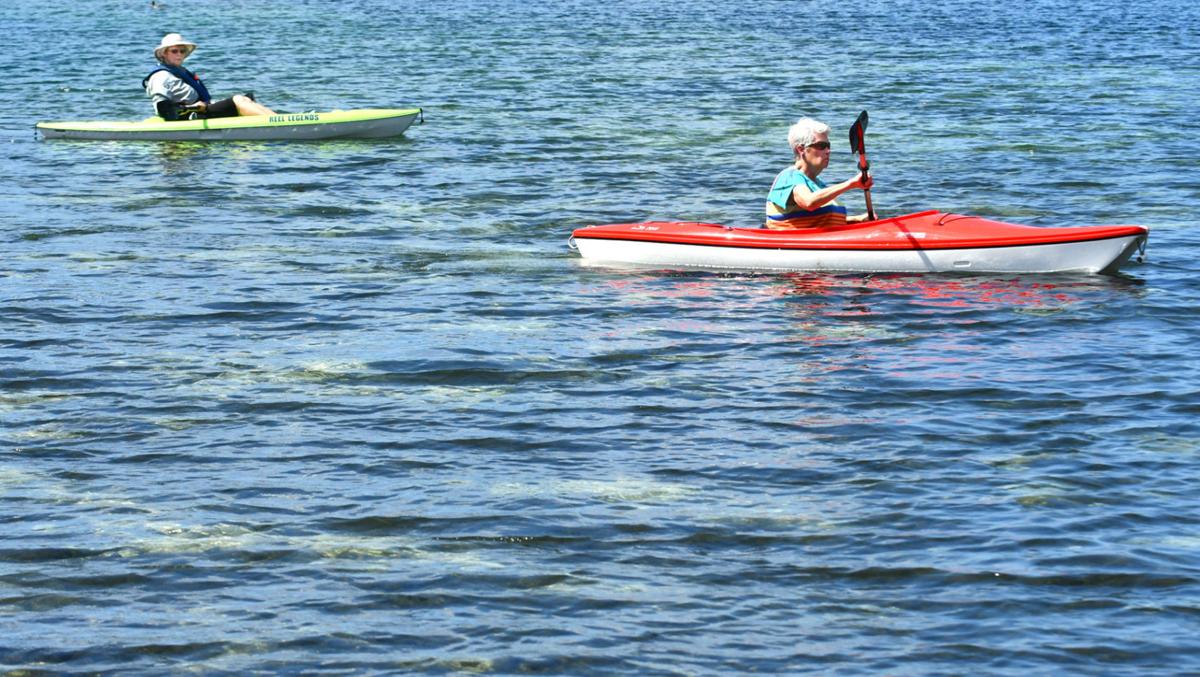 Sharron Craven works out this month at the Citrus Memorial Health Systems YMCA during a SilverSneakers cardio class. The Y is a popular place for many area seniors to exercise.

Algor, 74, retired from the Key Training Center, but still remains on-call when needed to volunteer. She’s having no problem finding ways to fill the time living in Citrus County.

In short, it’s a great place to be retired, Algor added.

With all that Citrus County has to offer, why wouldn’t people want to retire here? That’s the conclusion reached by Where to Retire, a national magazine that devoted four inside pages to Citrus County in its most recent March-April issue.

The lengthy article sings the praises of Citrus, focusing on several couples who chose this area because of its scenic beauty, lack of congestion and social activities.

County Commissioner Jeff Kinnard said he’s not surprised by the article. The wonder is, he said, that more magazines aren’t “writing about us.”

“This is a special place we get to call home,” Kinnard said. “The county commission (plus the legislature and the Florida Dpartment of Transportation) is making significant investments in transportation and our septic-to-sewer project. We’re the only county in Florida with three first-magnitude springs. We’re expanding our bike and walking trails, improving our boat ramps and docks and giving people greater access to outdoor activities.

County spokeswoman Cynthia Oswald and her husband, Robert, are featured in the article.

The Oswalds have a home in Beverly Hills and another on the lake in Inverness. Cynthia Oswald said the release of this article couldn’t be better.

“The timing is perfect,” she said. “With the Suncoast Parkway coming through now, we get a national audience to hear our story and see the beautiful pictures. A lot of folks will read this, they’ll visit, fall in love and want to stay. It happened to me too.”

The Oswalds were living in New York, but she said she’s visited Citrus County since February 1992 and her goal was “to live and work here.”

That became a reality in 2016 when Oswald took the job as county spokeswoman. Her husband had already retired.

“I never imagined we’d get four pages in a national magazine,” she said. “And in the winter? The timing is perfect. We couldn’t ask for more.”

Oswald said it’s no wonder people retire here. Where else, she said, can you swim with manatees or enjoy beautiful nature?

The magazine said each part of Citrus County has something appealing to retirees: Inverness was singled out for its lakes and “walkable downtown with quaint shops and cafes;" Crystal River for its waterways and manatees; Floral City with its historic roots; Pine Ridge Estates with large-acre lots for equestrian lovers; Terra Vista at the Villages of Citrus Hills for its master-planned community.

Also, the county is “a mix of the old and new Florida, as well as the developed and the undeveloped,” it said.

For Black Diamond resident Jay Joines, 74, who retired here from Lynchburg, Virginia in 1996, the main draw was golf.

“I was going to move to Florida and I thought Black Diamond was the best golf course I could join,” Joines said.

The rolling hills, he said, reminded him of Virginia.

“I actually like the ruralness of (Citrus County),” said Joines, adding that it’s gotten busier now. “I didn’t want to live in a large metropolitan community.”

Other factors that drew Joines were the lower cost of living, affordable housing and easy access to medical care.

Jerome Rocco, 71, of Pine Ridge, retired here 20 years ago from Rhode Island. The rolling hills, serenity and trees drew him.

“Here, if there are two cars, it’s a traffic jam,” Rocco said. “You can get around pretty easy here.”

The low-population density, lower taxes and the weather also played a part in his decision to settle here.

“You can stretch your retirement money further than up north,” said Rocco, who spends his spare time working on his 1986 Mustang SVO.

Charles Howard, who retired as a county utility regulation director in 2018, said Citrus has many senior programs geared to seniors to keep him busy and the government accommodates this large demographic of retired folks.

“You have to serve the population you have,” he said. “They realize that and they’ve embraced it. I would not want to retire anywhere else in the state.”

Yes, this is a nice place for northerners to retire. Their retirement checks are much higher than the average Floridian that retires. They can afford these things the county is making available, my Florida retirement allows me to eat right and pay my bills, for that I am grateful, it could be worse. Transportation is a problem when you go out to shop, if you can take the bus, those bags are a handful and you better not have anything cold in them.

No convenient public transportation to get around Citrus County for those who can't or won't drive; no home visits by medical professionals to elderly patients, only 1 YMCA located in one place--too far away for the rest of Citrus County; and no accessible community centers for the elderly to exercise and learn about healthy eating during the hot summer months. No Uber or Lyft or even taxis in Citrus Springs. Most elderly who don't drive are homebound shut ins and have to rely on neighbors, if there are any.