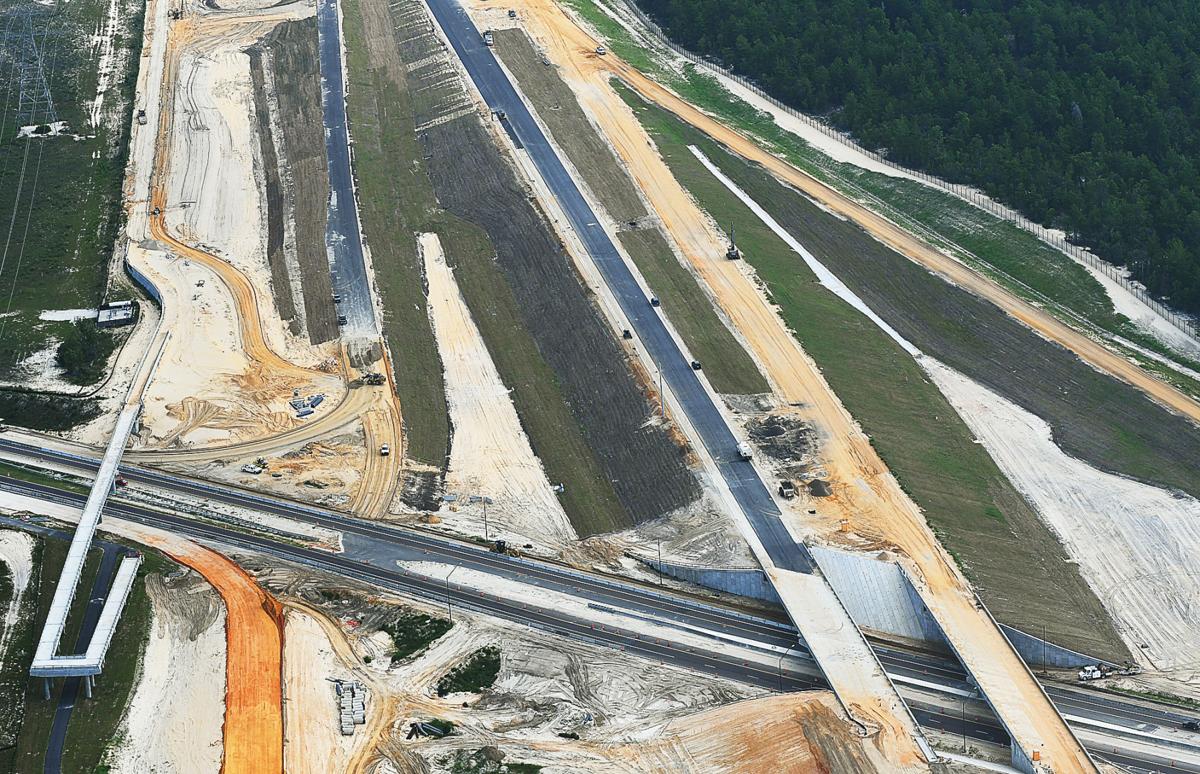 This image from June 2020 looks north from U.S. 98 in Hernando County where the Suncoast Parkway will pick up where the first phase of the parkway ends. U.S. 98 is pictured at the bottom of the frame.

Rather, more like a blueprint of where not to build.

Task forces to extend both the Suncoast Parkway and Florida Turnpike are wrapping up their discussions, with both groups set to meet this week and begin finalizing a report to the governor.

Draft final reports are less about specific recommendations and more about the criteria the Florida Department of Transportation should use to avoid building toll roads, such as through farms, forests and communities.

M-CORES — Multi-use Corridors of Regional Economic Significance — is the study of three major toll road expansion projects. Two — the Suncoast and turnpike extensions — include Citrus County representatives on the task forces. M-CORES became state law in 2019 and sets an ambitious goal: All three roads are to start construction 2022 and be finished by 2030.

Commissioner Jeff Kinnard, who sits on both task force groups, had not read the draft reports by Monday afternoon but said the groups were never designed to give specific suggestions on routes to FDOT.

“I would be surprised if we get to a line on a map,” Kinnard said. “What they’re looking for out of this M-CORES group is … ’this is sacred ground, you can’t touch this.’”

The draft recommendations say FDOT should utilize existing corridors rather than create new ones. For example, task force members aiding FDOT on extending the Florida Turnpike from Wildwood to intersect with an unknown location on the Suncoast Parkway, recommended that the extension parallel State Road 44 through Sumter County.

As for the Suncoast extension, the only thing known for sure is the current Suncoast 2 from U.S. 98 to S.R. 44 in Lecanto is scheduled for completion in 2022, followed by a 3-mile addition to County Road 486. Where and how the toll road proceeds to Jefferson County, as the law calls for, is not addressed by the task force.

Citrus County commissioners are on record supporting not only the parkway through the county, but also beyond.

State officials are expected to begin the planning, development and environmental studies on the projects once the task forces complete their work. Task force final reports are due in November to the governor and FDOT Secretary Kevn Thibault.

“The M-CORES process,” Kinnard said, “seems to be coming in for a landing.”