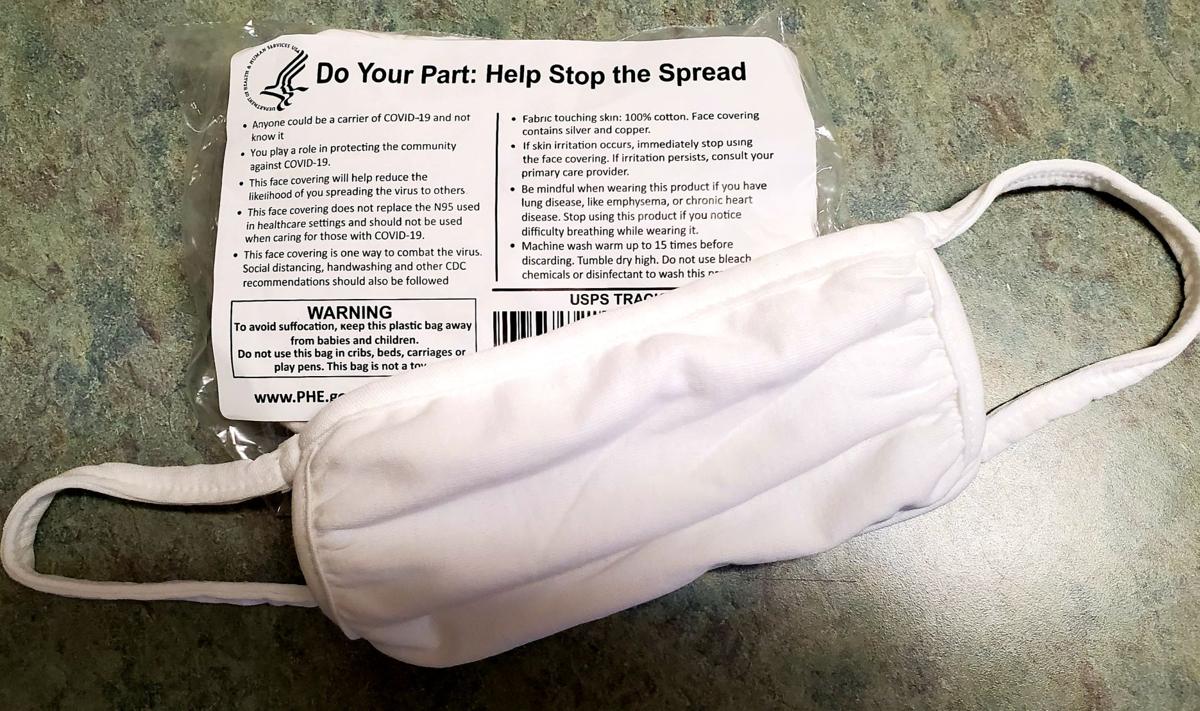 As the coronavirus pandemic turns more bleak both in Citrus County and throughout Florida, Rep. Ralph Massullo, R-Lecanto thinks that the decision about mandatory use of masks and social distancing is best decided by individual counties and cities.

Massullo, who is running for a third term in the Florida House of Representatives, said he backs Gov. Ron DeSantis in letting local elected governments decide about mandatory masks and allow people to decide for themselves about the precautions they want to take.

But the dermatologist was quick to add that he thinks people should wear masks and keep social distancing, but that it should “be left up to the individual.”

Massullo told the Chronicle Thursday he wears a mask when indoors, near the public, and at work “and I encourage other people to do that, but we have a country with individual rights and freedoms.”

He made his comments the same day Florida set a new record for the state with 10,109 new cases.

While some of that case record is due to additional testing, more Floridians are also testing positive more frequently, according to the Associated Press, which cited that the new record was six times higher than where the record stood a month ago but testing was only 50% up from the same period.

But even open testing in many counties, including Citrus County, is problematic.

There is a nine-day wait for a free Department of Health COVID-19 test in Citrus County and then a seven to 10-day wait for results.

“It’s a little disconcerting,” Massullo said of the testing bottleneck, “but I do see more testing coming.”

Massullo also said that if the state issued a mandatory mask order, there would be problems enforcing it. He also said many people wear their masks incorrectly.

Currently, numerous Florida counties require people to wear face masks inside businesses and public facilities. Nearby Alachua County is one.

In June, the Alachua County commission decided to double down on its masks order and to post code enforcement officers outside of businesses seven days a week to enforce the county’s local mask requirement.

Code enforcement officers will issue citations to anyone leaving businesses the without a face covering.

Twenty states, including the District of Columbia, require people to wear masks in public.

The Citrus County courthouse recently requires all visitors to the building to wear a mask.

A recent study showed that the most effective way to reduce person-to-person spread of the virus is by people wearing masks.

Researchers in Texas and California compared coronavirus infection rates in Italy and New York both before and after face masks were made mandatory.

Both Italy and Texas saw infection rates flatten only after mandatory face mask use was made mandatory, according to the study published in early June in the Proceedings of the National Academy of Sciences.

But Massullo emphasized he would not support a return to non-essential businesses closing again. He said the quarantine and businesses closings have had unintended side effects such as increased suicides and drug use.

“There are a lot of consequences,” he said. “I don’t want to close our economy.”

Massullo said he sees the most recent spike in cases as “a mixed bag,” noting that while infections and infection rates are up, the death rate from the virus continues to decline and remain relatively low.

“There’s so much about this we don’t know,” he said, “but you can’t live in a bubble in this society.”

“We came out a little more respectful of others,” he said, in terms of social distancing and masks.

He also said the state and hospitals should learn from this the need to stockpile masks and ventilators for the next pandemic and the need for the federal governments to move quickly when considering virus treatments and vaccines.