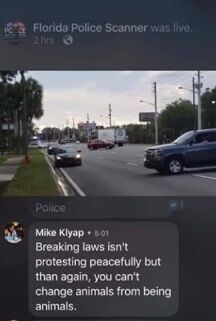 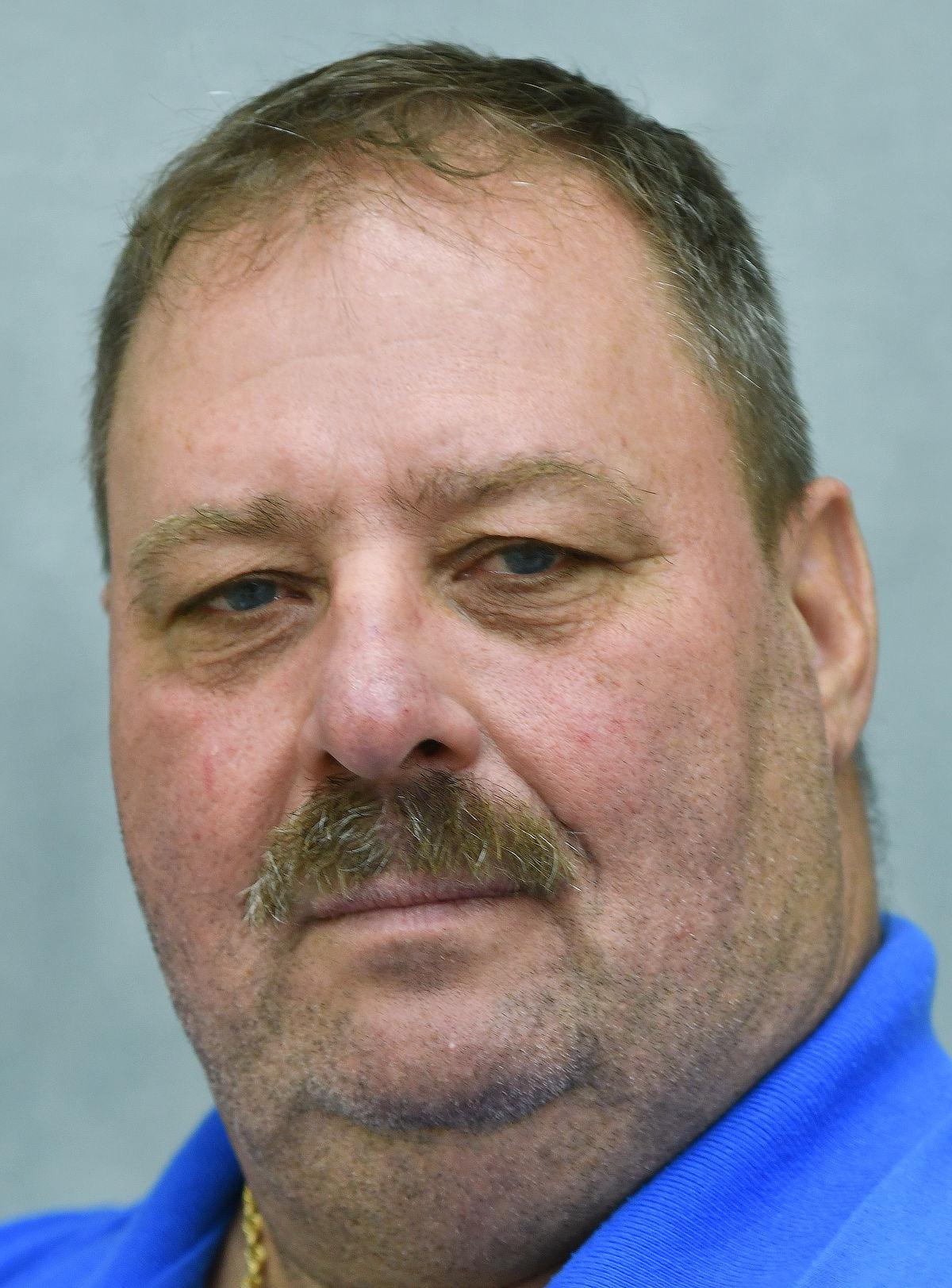 A candidate for Citrus County sheriff found himself caught in a social media flareup after he referred to a group of peaceful protesters in Ocala as “animals.”

Mike Klyap, a Republican sheriff candidate, posted his remark during a Facebook live video Saturday on the Florida Police Scanner page. The video showed a group of about 100 people, mostly black, converged in the middle of State Road 200 with police blocking off traffic.

The post was deleted sometime Monday evening. Klyap said he didn’t delete the post and doesn’t know who did.

The Chronicle spoke twice with Klyap about the post. On Monday, he said the term “animal” applied to protesters breaking the law, which the Ocala protesters were doing by being in the roadway.

“When people act like animals, no matter who they are, it isn’t good for the country,” he said. “Anybody out here destroying our country are people who shouldn’t be acting like that.”

By Tuesday, though, Klyap was more contrite about the comment.

“It may have been toned down,” he said. “Are those protesting peacefully animals? No. Although they’re breaking the law, they didn’t get to that extent. I would say they’re not animals. I didn’t mean to make them out as animals.”

The group on Sunday posted a live 9-minute video of a protest on S.R. 200 in Ocala where protesters could be seen gathered in the middle of the road that was blocked by Ocala Police.

It attracted over 1,000 comments. Some defended the protesters, others complained about them blocking the road.

Some Facebook readers made a screenshot of Klyap’s comment and shared it with others, including the Chronicle.

“It was something we were aware of and supported,” police spokeswoman Corie Byrd said. “Our officers were there to protect motorists and the people protesting. It was a very short time and they moved on. Everything was peaceful.”

Beneath a photo of a white police officer praying with a black man, which Klyap captioned, “Most do get along. It is the evil on both sides that make it difficult,” four people posted screenshots of the Ocala protest comment.

“Isn’t this you?” Taya Jade Monroe wrote. “Calling black people animals? Wouldn’t that qualify you as the ‘evil’ you speak of?”

Then Monday night, the Florida Police Scanner administrator reposted the comment and was critical of Klyap.

“This was not a very smart thing to do or say,” the Facebook post reads. “Especially when trying to run for sheriff. I hope this tarnishes your name to where you will never hold a political office ever.”

Several others, however, came to Klyap’s defense.

“I never doubted you and many, many others will say the same,” Mandy Mayeu wrote. “People are twisting it to fit their purpose is all.”

Klyap said he meant no harm with the comment.

“Sometimes,” he said, “people say something they don’t intend to say and it ends up being something like this.”

Dems: Klyap should drop from race

Citrus County Democrats are calling on Mike Klyap Jr. to drop his campaign for sheriff after he referred to peaceful protesters in Marion Coun…