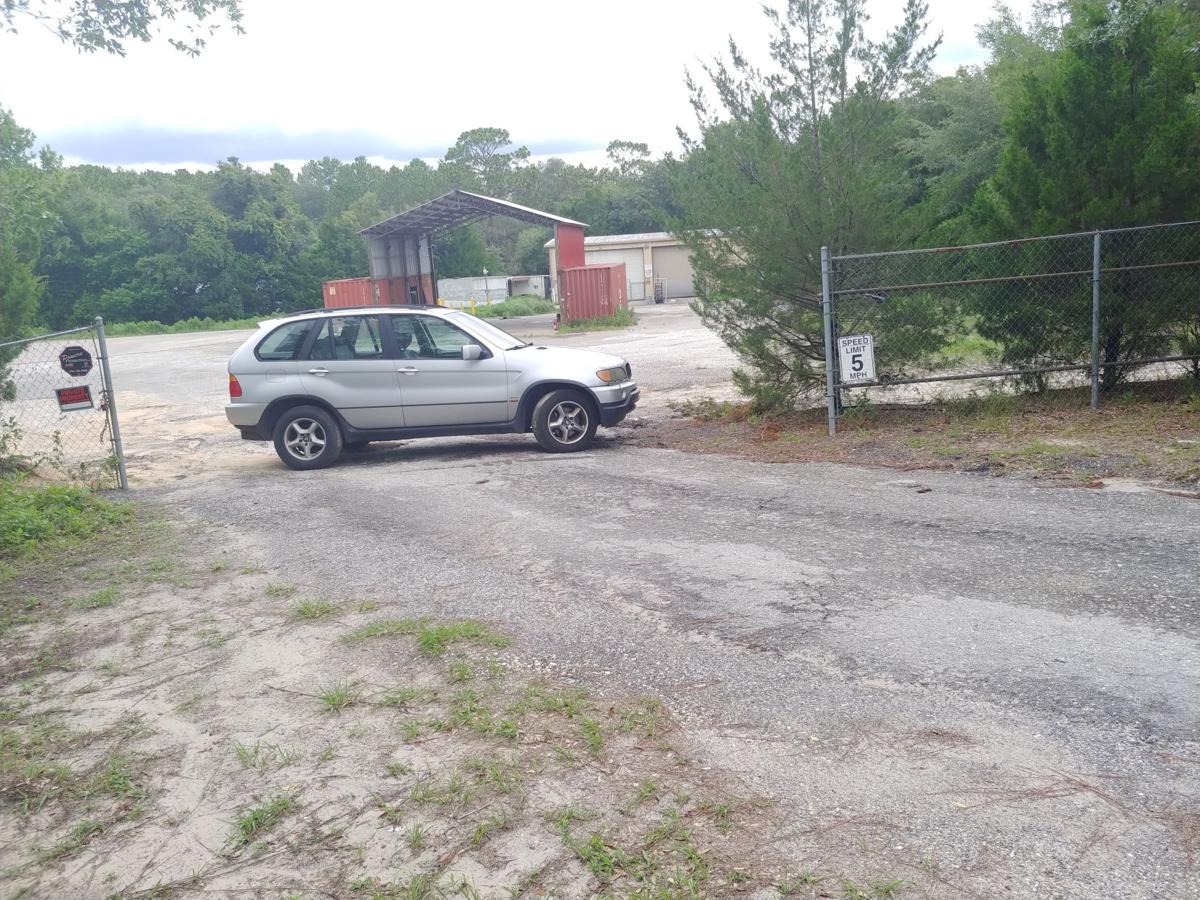 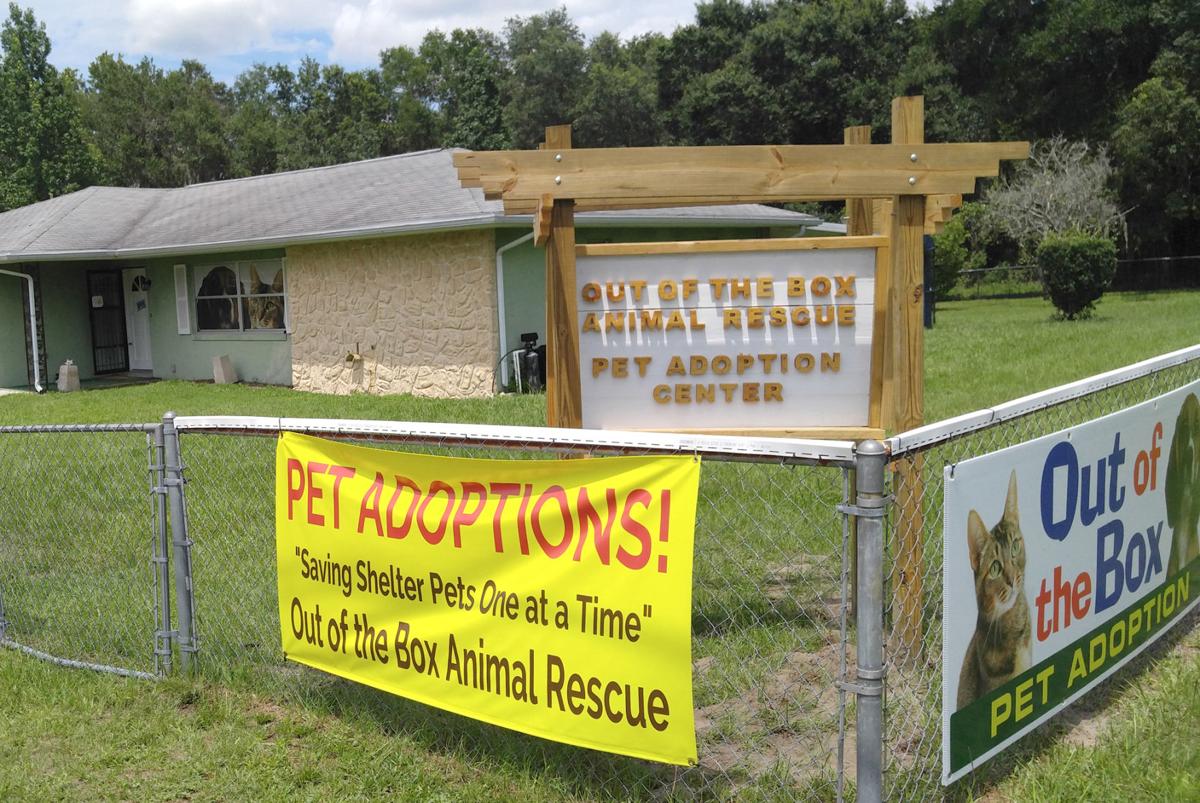 The city of Inverness filed an eviction lawsuit to remove Out of the Box and its president Robert Schweickert Jr. from this house. The city had allowed the rescue to stay rent-free. 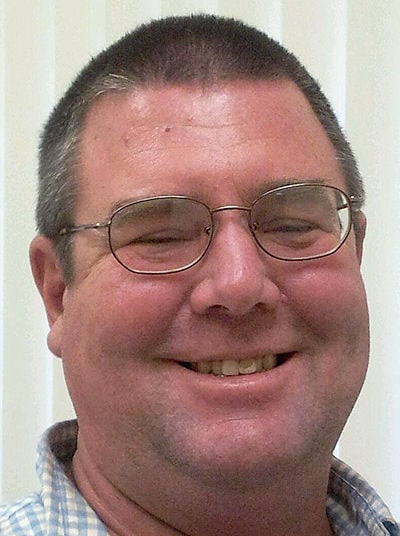 A judge on Thursday ordered the rescue and its president, Robert Schweickert Jr., out of the location it’s called home since early February.

Property owner William Ray sued Out of the Box in May to evict the rescue from the former FDS Disposal site on State Road 44 across from the landfill. Ray is the former owner of FDS.

It’s the third time since January that a judge has ordered Schweickert and the rescue evicted. The other two evictions were from a Floral City storefront and a house owned by the city of Inverness.

Schweickert, who did not attend Thursday’s eviction hearing according to court records, could not be reached for comment. His car was parked blocking access to the gated property Friday morning.

There was no indication on the Out of the Box Facebook page that anything is amiss. The page promoted recent adoptions and asked that donations for the dogs be dropped off at an Inverness address.

Ray was angry that he was forced to litigate to have Schweickert removed from his property without paying a dime in rent.

Out of the Box was using the Inverness house for free when the city informed Schweickert it needed to demolish the house as part of the Depot District project.

Schweickert refused to leave and the city filed for eviction in December. A judge ruled in the city’s favor in January, but by then Schweickert had vacated the premises for a Floral City storefront.

The owner of that property, Floral City Center, filed for eviction in January, saying it allowed Schweickert access to the property but never had a signed lease, according to court records.

In February, a judge ruled Schweickert evicted from the Floral City address. By then, though, he had moved into the former FDS property.

Ray said he had a lease with Schweickert, but the rescue president neither provided proof of liability insurance nor paid rent as the lease required.

As with the Floral City case, Ray said he allowed Schweickert on the property to prepare it for the rescue. Since then, he said, attempts to remove Schweickert were unsuccessful.

Shortly after moving in, two dogs escaped and are considered responsible for killing a neighbor’s five goats. The county declared both dogs, Jack and Jill, as dangerous; Schweickert is contesting the designation in court.

“I didn’t even know the guy was in the building until his dog got out and killed those goats,” Ray said.

Senior Judge Vince Murphy’s eviction order is immediate. Ray said he isn’t sure the fight is over.

Jill was the aggressor, her brother Jack went along and now the fate of both is in question.

Two dogs that escaped from an animal rescue and killed a neighbor’s goats have been declared dangerous, meaning their owner must have them sec…

Robert Schweickert Jr. once again finds himself at odds with a home for his animal rescue, Out of the Box Inc.

Another eviction coming, but rescue is already gone

State to animal rescue: 30 days to make it right or leave

The Florida Department of Transportation is giving an animal rescue 30 days to comply with a lease agreement or face eviction.

It is truly a shame that the laws are all for the tenant. The landlord is out thousands and the low life tenants know how to play the system and go from house to house and stay free. It really is not fair. I have a tenant that I am evicting that is living in my house with no water, stealing water from my neighbor, running a business with no licence and has stolen 90% of my furnishings. Yet, I will be out thousands and she will have lived free for 2 months. I pray that the judge will make her move.

And I am sure like most landlords you really care about what your neighbors and neighborhood has to deal with so you can make a profit and most likely everyone else's expense... Cry me a river lady...