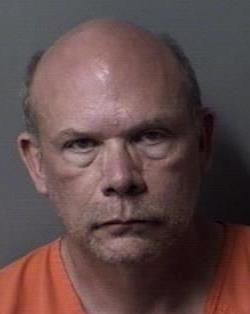 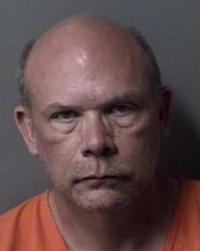 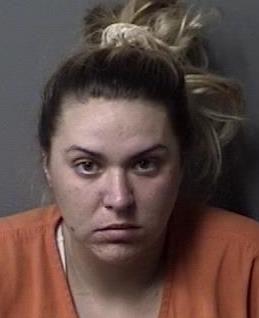 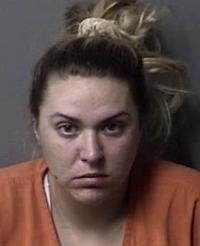 An Inverness couple was arrested after a year-long investigation by the Citrus County Sheriff’s Office, the Food and Drug Administration, and the Drug Enforcement Administration, levying more than two-dozen drug related charges against the pair, including racketeering, manufacture, and the sale of counterfeit drugs.

According to a Citrus County Sheriff’s Office news release, CCSO tactical impact unit deputies and the federal agents arrested Benjamin Burdick, 53, and his wife, Catilynkyrie, 29, both of Inverness, Thursday, and took both to the Citrus County Detention Facility. No bond was set.

As part of the investigation, federal agents purchased counterfeit Xanax from the couple on the internet using cryptocurrency, according to the release. Cryptocurrency is digital money not backed by any government. Ownership of the money is stored in a database, with participants agreeing to its value.

The purchase led to the CCSO and the other federal agencies to get a search warrant for the couple’s home at 3766 S. Susan Point, Inverness, the release stated.

The law enforcement agents also reported finding numerous Ziploc and vacuum-sealed bags containing counterfeit Xanax pills and white pills stamped with the identifying code G7322, which is marketed as Alprazolam, the generic for Xanax, according to the release.

The agents also found about 16,000 additional pills, weighing about 15 pounds, in pre-packaged containers. Sheriff’s Office Sgt. Lee Carey told the Chronicle the counterfeit drugs were not Alprazolam, but rather a related drug compound, which is also illegal.

The agents also found $143,095 in US currency, which the release says was the proceeds from the online operation. The agents also said they found several firearms in the home.

The agencies charged the Burdick's with:

• Possession of a new substance, known as a controlled substance analog, which was created to produce a desired pharmacological effect and to evade the controlling statutory provisions, and has a potential for abuse similar to or greater than that of the substances controlled under chapter 893, to wit: Etizolam.

• Possession and/or distribute an imitation controlled substance, to wit: Etizolam.

• Distribute medical drugs through an internet pharmacy without a permit.

• Did scheme to defraud and obtains property that has an aggregate value of $50,000 or more by using a counterfeit driver license to rent a USPS P.O. Box.

• Receive any proceeds derived, directly or indirectly, from a pattern of racketeering activity.

• Possession with the intent to use, or did unlawfully use, an object intended or designed for use in storing, concealing or injecting, ingesting, inhaling or otherwise introducing into the human body, a controlled substance.