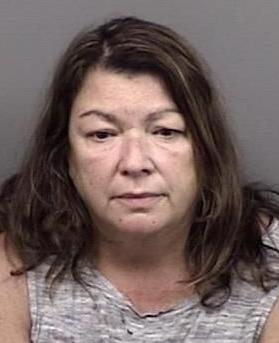 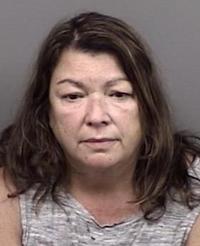 A shooting Thursday now leaves a Homosassa woman facing aggravated battery with a deadly weapon charge and her victim with a hole in his leg and grazed genitals.

The arrest of Linda Francis Seymour, 58, began when Citrus County Sheriff’s deputies were called to investigate a shooting in Homosassa. The victim was transported to a nearby hospital.

The victim told arresting deputies that he and Seymour were arguing, and they were both under the influence of alcohol, and that Seymour shot him with a 9mm handgun, according to the arrest report.

The arresting deputy said he saw the victim’s wound and showed that the bullet entered the victim’s right leg from the outside, traveled through his leg, and exited at the inside of his right leg and then grazed his genitalia, according to the arrest report.

The arresting deputy said the forensic evidence showed that the victim was facing away from Seymore when she shot him. The bullet eventually lodged in the home’s freezer.

The arresting deputy reported that Seymour gave inconsistent explanations about what happened, where she was in the home during the shooting, and about the verbal argument.

The deputy arrested her and took her to the Citrus County jail. There was no bond because of the domestic nature of their relationship.

Begin Your New Year With A New Ford!
THE CRYSTAL RIVER ROADSHOW IS BACK!
The Finest Name in Citrus SHIPPING
000ZOW7