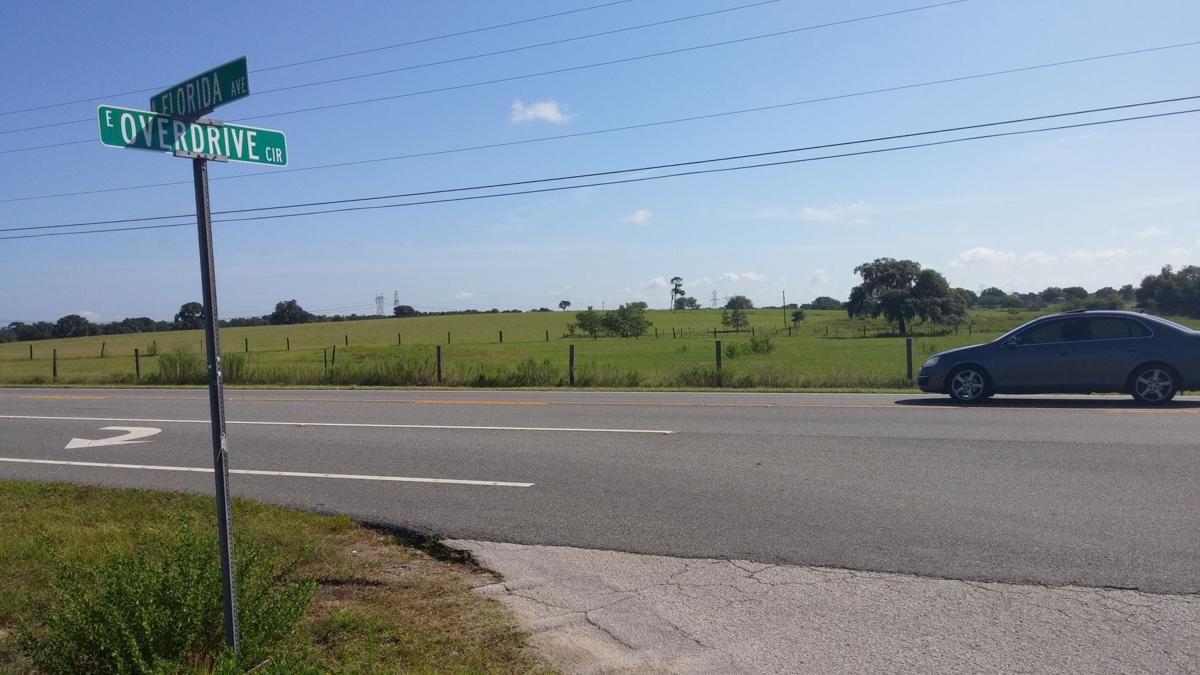 What is now just a big, open field on U.S. 41 in Holder could one day be an industrial park. Citrus County commissioners are expected to give a final vote Tuesday on the plan. 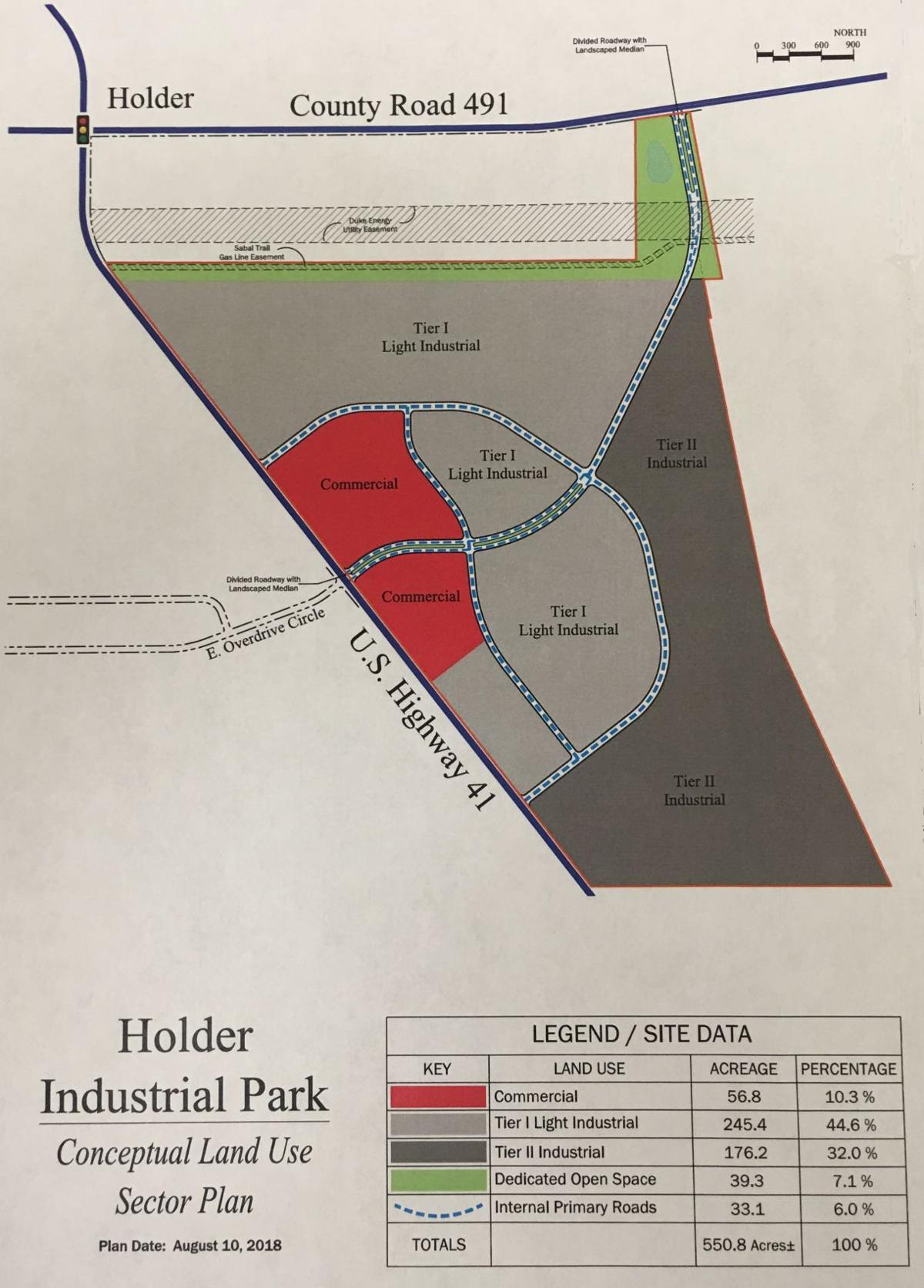 This diagram shows an overview of the Holder Industrial Park proposal.

What is now just a big, open field on U.S. 41 in Holder could one day be an industrial park. Citrus County commissioners are expected to give a final vote Tuesday on the plan.

This diagram shows an overview of the Holder Industrial Park proposal.

Proponents of a large-scale industrial park in Holder were in this same spot two years ago.

Citrus County commissioners had given tentative approval for a comprehensive land-use plan change to allow for the industrial park on 500-plus acres off U.S. 41 near County Road 491.

But the final decision didn’t go their way.

Backers are determined not to let that happen again.

Commissioners have a 5:05 p.m. public hearing Tuesday to give a final vote on the industrial park on property owned by Citrus Springs developer Deltona Corp., with support and facilitating by Duke Energy and the Economic Development Authority of Citrus County.

Duke, in a report to EDACC, specifically mentioned the site as providing the necessary acreage for large-scale, light-industrial manufacturing.

The new plan creates “subareas” that are limited to a specific type of development and prohibit others, such as a gun range or refinery. It sets aside land for light-industrial, heavy-industrial, general commercial use and about 400 workforce homes.

Organizers say the property is for regional long-term industrial development and will not compete with other county industrial parks, including one just across the street on U.S. 41.

After the initial approval in June, the proposal was sent to various state agencies for comment. The Florida Department of Transportation, which with the first proposal in 2017 questioned whether a viable road network would be in place for the industrial park, said in its latest comments that transportation details can be worked out later.

FDOT said in its report that the developer will need to provide a transportation plan at the time it wants to build the entrance road off U.S. 41.

Tuesday’s board meeting starts at 1 p.m. at the courthouse in Inverness. The agenda includes:

- Commissioner Jimmie T. Smith is requesting the county change its zoning rules to allow for 4-H and FFA members to raise livestock for educational purposes in low-density, coastal-lakes residential by permit.

- Commissioner Scott Carnahan is requesting the county pitch in $84,950 for the city of Inverness for a road improvement project on Dr. Martin Luther King Jr. Avenue, the street that runs next to the courthouse and sheriff’s office. In 1988, the county agreed to fund 25 percent of the project, though the estimates then were $15,000 for the county.

When the idea for a large-scale industrial park on farmland in Holder was first pitched in 2017, Citrus County commissioners were divided.

For the second time in two years, a planning advisory board is backing development of a 500-plus acre stretch of cattle grazing land in Holder…

This time, there’s a plan.

Divided board says no to Holder industrial park

INVERNESS — Their reasons varied, but three county commissioners put a stop to plans for a 549-acre industrial park in Holder that proponents …

When your leaders have no vision, you will continue to go backwards. There is no reward for having the lowest employment in the State.