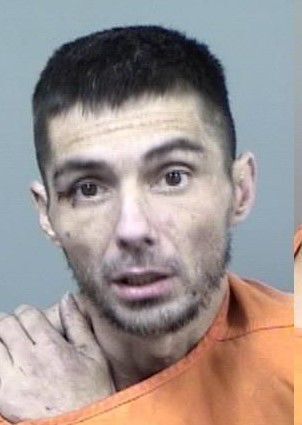 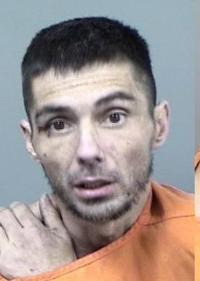 A Hernando man faces drug and resisting arrest charges after law enforcement officers said he ran twice, once while cuffed behind his back and already in the cruiser.

The arrest of 35-year-old Daniel Robert Parker began Saturday, Nov. 19, when two Citrus County Sheriff’s Office deputies were called to a home on East Eagle Trail, Hernando because of a disturbance complaint, according to arrest reports.

According to reports, the deputies knew Parker and that there were warrants for his. When they arrived Parker opened the front door of the home and the arresting deputy reported that he and the other deputy shined their flashlights on Parker. That’s when Parker took off running.

According to the report, one of the two deputies was able to catch Parker and knock him to the ground while the other deputy handcuffed Parker behind his back.

The arresting deputy reported that next to Parker on the ground the deputies found a baggie with a white powder inside. According to reports, the deputies later tested the powder and it tested positive for fentanyl. It weighed 4.4 grams. The deputies arrested Parker.

One of the two deputies led Parker to his cruiser and placed him into the backseat. According to the report, that’s when Parker tried his second getaway and exited the cruiser and ran. The deputy again chased Parker down and knocked him to the ground.

The arresting deputy reported he spoke with Parker about the baggie and Parker said he didn’t know the baggie was in his pocket and the people in the house slipped it in without him knowing, according to reports.

The deputy asked why Parker ran when deputies arrived and Parker said he was afraid, according to reports.

Asked why he ran a second time and the deputy reported that Parker said he didn’t want to go to prison for a long time.

Parker was charged with trafficking in more than 4 grams of fentanyl, resisting arrest without violence, and possession of drug paraphernalia. His bond was $27,000.