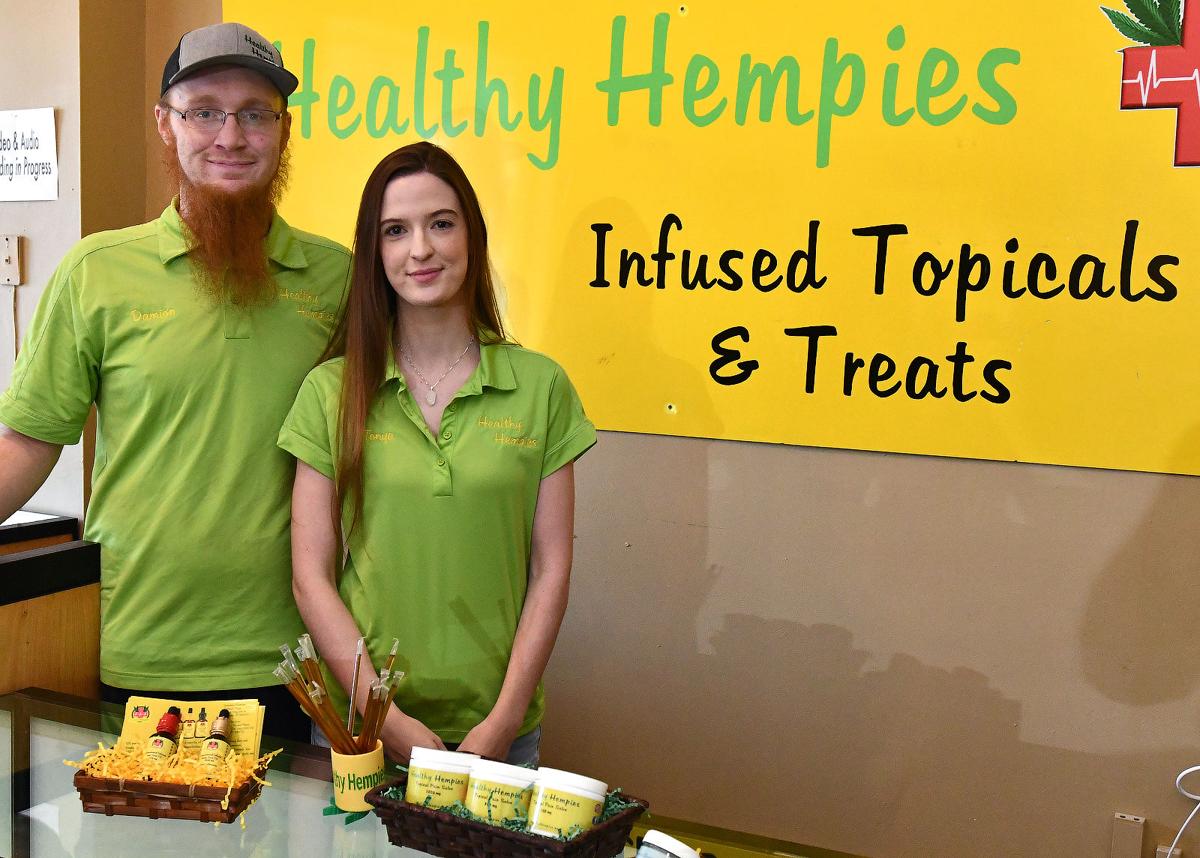 Damion and Tonya Grob have opened Healthy Hempies in downtown Inverness on Courthouse Square. The couple say they offer education based around cannabis and hemp as a whole as well as the sale of hemp products and health foods. 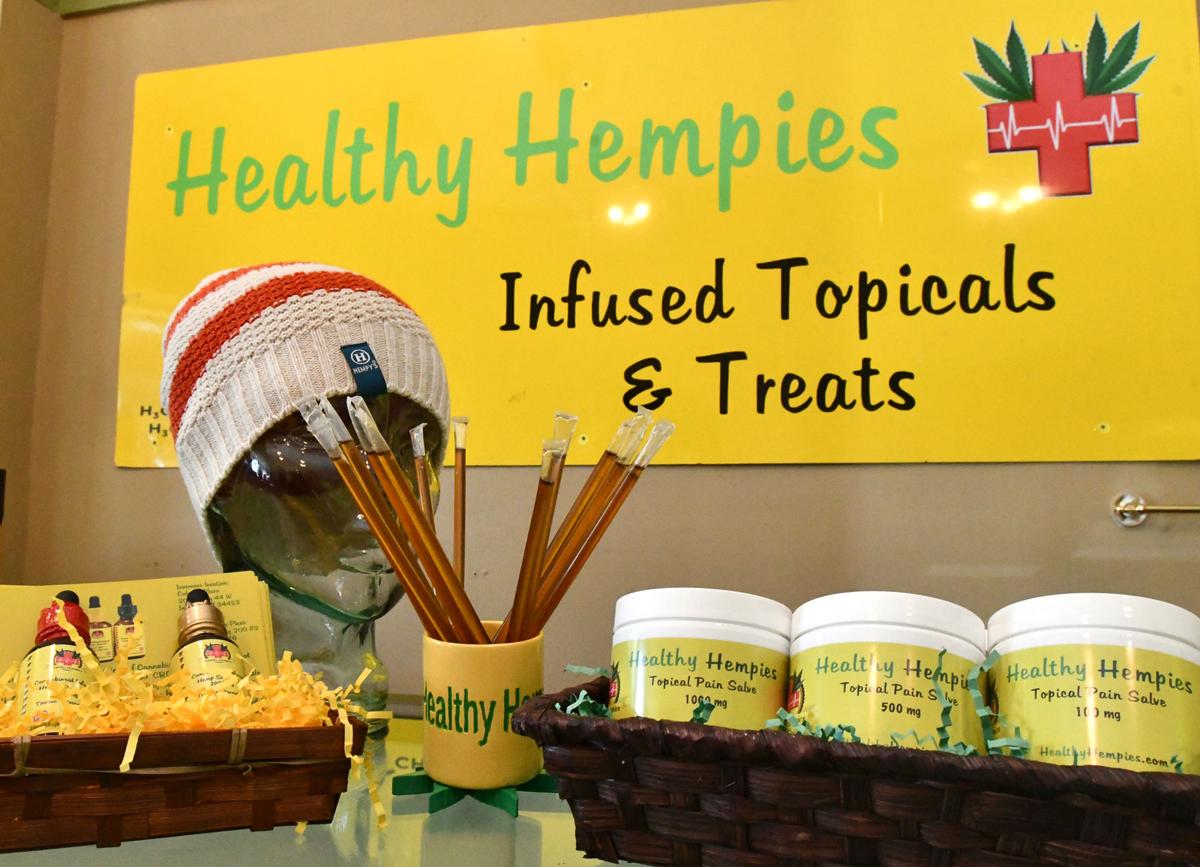 Healthy Hempies in downtown Inverness offers a variety of delivery methods including topical and sublingual.

Damion and Tonya Grob have opened Healthy Hempies in downtown Inverness on Courthouse Square. The couple say they offer education based around cannabis and hemp as a whole as well as the sale of hemp products and health foods.

Healthy Hempies in downtown Inverness offers a variety of delivery methods including topical and sublingual.

The two are co-owners of Healthy Hempies at 105A Courthouse Square in downtown Inverness, which opened in August. They now have to get their hemp extract shipped from California and the products are made at their store. They have already spoken to three local farmers who have expressed interest in growing hemp.

Having locally produced hemp would not only cut down on costs but also bring attention nationwide to Citrus County, said store manager Tonya Grob.

“We’re hoping to jump on that bandwagon,” Grob said.”(We) want to get our hemp right from Citrus County.”

Damion Grob and Forgang, who also own a Healthy Hempies in Ocala,  offer a variety of hemp extract-based products. Hemp salve is made from all-natural ingredients. There are CBD-infused topicals and treats and such items as hemp beanies and hemp belts. The store also offers pet hemp products.

And even though none of the products contain THC, which produces the "high" found in marijuana, that doesn’t stop the occasional customer from asking questions.

Donny Kennedy, who works at the store, said some customers have come in asking if they sell marijuana. A trucker came in once and said he’d like to try the products, but was hesitant because he said he needed a “clear head” while driving.

Tonya Grob said those kinds of comments underscore the importance of educating the public about hemp, one of the focuses of her store. The other focus is to spread the health benefits of hemp.

The AACC is still in the beginning stages of growing industrial hemp and has formed a subcommittee to explore the pros and cons. But Grob is confident that will happen sooner rather than later.

“We walked away from that meeting that change was right around the corner and we will experience that change soon rather than just talk about it,” she said.

Citrus County is a prime place to grow hemp and, if other such industrial farms in the nation are any indication, it can be lucrative for farm…

Citrus County agricultural producers are interested in cashing in on the nationwide hemp-growing craze but they’re not sure how to go about it.

THE ISSUE: Could we be looking at a new cash crop for Citrus County?

Hemp committee gets off the ground