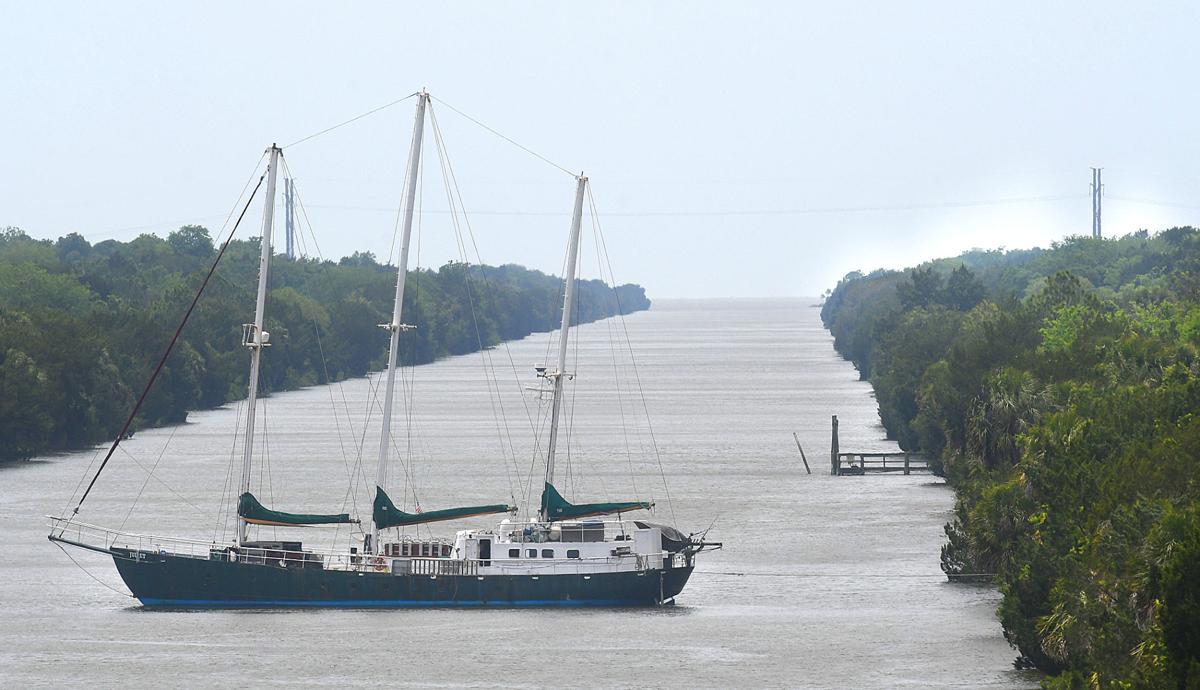 A large sailing vessel is moored in the barge canal in northwest Citrus County. Fifty years ago, via an executive order, President Richard Nixon stopped work on the Cross Florida Barge Canal. 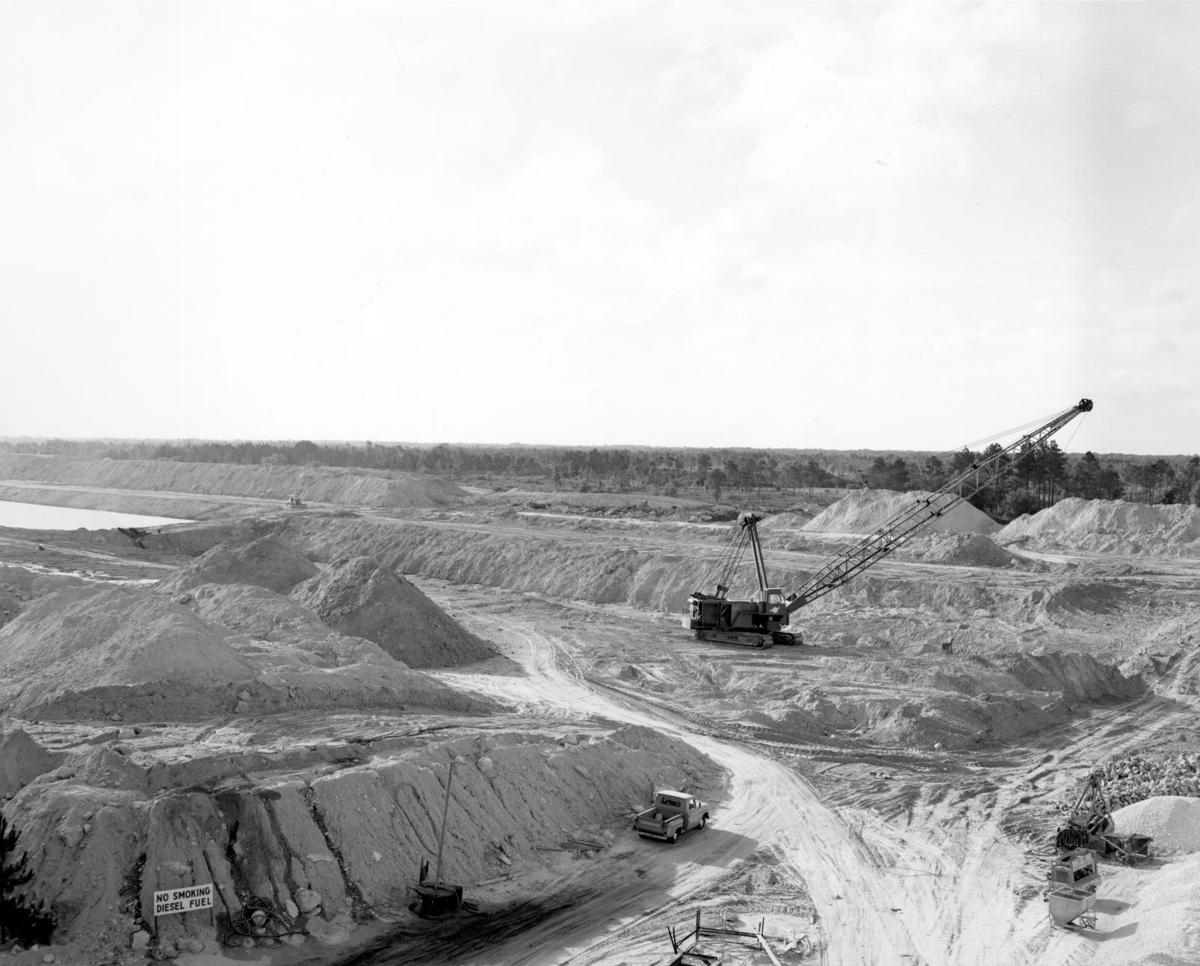 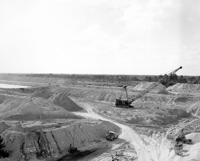 Excavation work takes place in the late 1960 for the Cross Florida Barge Canal near U.S. 19. 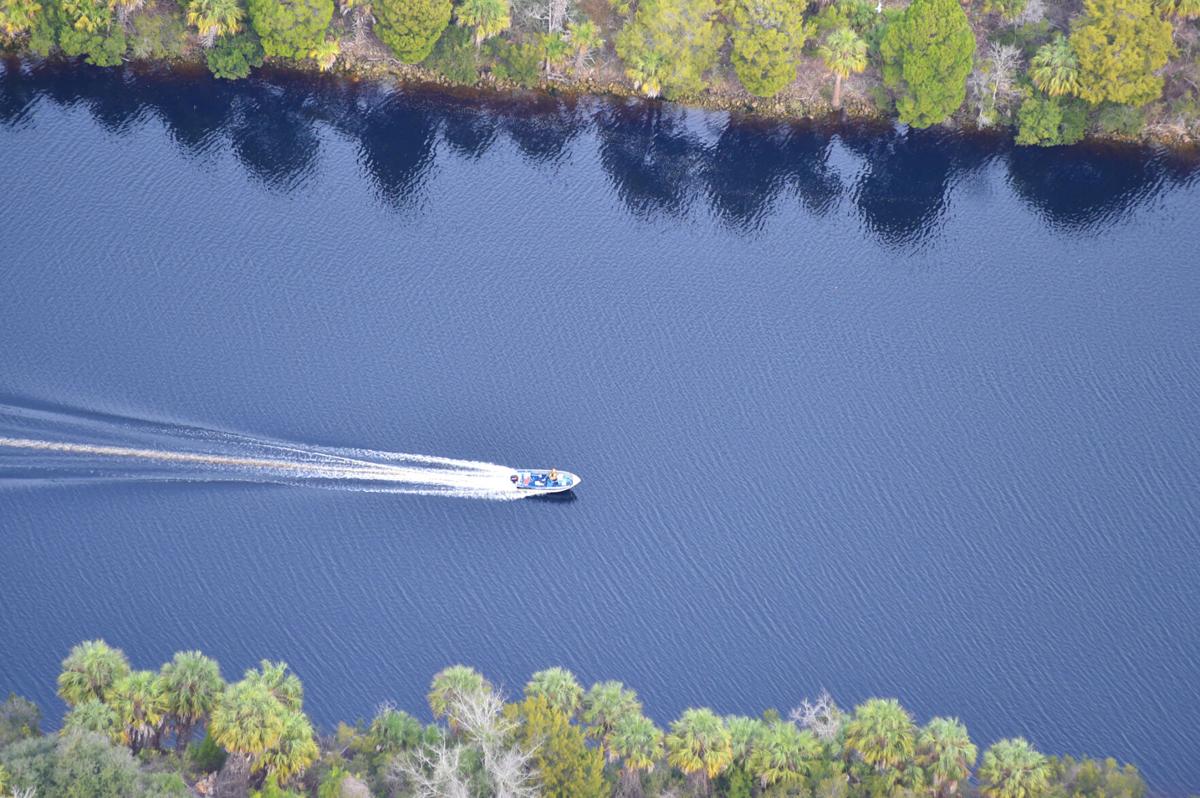 A boat heads west out of the Brage Canal toward the Gulf of Mexico.

Fifty years after President Richard Nixon stopped work on the Cross Florida Barge Canal, relics from the project still litter the abandoned route like testaments to the once hailed project to connect the Atlantic Ocean to the Gulf of Mexico.

On Jan. 19, 1971, Nixon signed an executive order halting work on the canal destined to slice across Florida, shaving off three days’ travel for ships that would otherwise have to sail around the Florida peninsula. January 2021 marks the 50th anniversary of Nixon’s decision to pull support for the waterway and end a feud between politicians, businesses and environmentalists.

By the time Nixon made his decision, the federal government had already spent decades, and nearly $80 million, to buy land and complete almost a third of the project. Some of what was completed includes Citrus County.

• May 1933: Canal Authority of the State of Florida was created to construct and maintain a …

But an intense backlash by many fearing its environmental impact, and a growing number of people who thought the project was too expensive and a boondoggle, resulted in Nixon’s executive order.

The fight that pulled in thousands of Floridians, pitting family members and neighbors against each other, is over now. For most people it is a distant subject left for history books, but it also set the groundwork for another environmental project that was to bear the name of the activist who led the charge for the barge’s demise.

Decades after Nixon’s decision, Florida built the 110-mile Marjorie Harris Carr Cross Florida Greenway along much of what was meant to be the barge canal. The greenway trail spans from Yankeetown on Florida’s west coast to just south of Palatka.

The planned canal route followed the St. Johns River from the Atlantic to Palatka, through the valley of the Ocklawaha River to the Withlacoochee River and into the Gulf of Mexico.

Dixie Hollins is the owner of Hollinswood Ranch east of Crystal River. It’s now a 1,500 acre mining operation. At one time the family owned nearly 20,000 acres and the business began as a cattle and lumber operation. In the early 1970s, the family began mining the land.

Hollins said the proposed barge canal was a tinderbox that often ignited feuds between those in support of the project and those opposed. He said he saw the benefits of a Florida canal that would have created jobs and been a way to transport goods from the Gulf to the east coast and back again.

But there were legitimate fears, he said, that the canal, first proposed at 30 feet deep, would disrupt the Florida aquifer beneath it and allow for saltwater intrusion.

As for his operation, the Hollins family feared the canal would cut through the cattle and timber operation, dividing the ranch in half, in addition to creating potential groundwater problems.

“We didn’t want the canal,” Hollins said. “But they put the canal in there anyway.”

Being opposed to the canal was complicated, Hollins recalled.

Many in the public thought the project would create jobs and spark new manufacturing. And it meant a new and cheaper way to transport those products, he said.

Many in the public didn’t like resistance to the project, Hollins recalled for the Chronicle.

“The public looks at it as the landowner stopping progress,” he said.

For most in support of the project it came down to economics.

“The driver of the engines for the barge canal was the jobs,” he recalled. “And it was going to create and save time.”

The idea of a canal cutting across Florida began nearly 200 years ago. During the great depression, that momentum only grew.

With the Great Depression of the 1930s leaving millions unemployed and struggling, President Franklin Roosevelt approved $5 million in federal funds for the project to stimulate the economy and provide jobs.

In 1935, the Army Corps of Engineers made plans for the Gulf Atlantic Ship Canal, a 30-foot deep waterway that would allow large vessels to cross the state through Ocala.

But almost immediately there were concerns about the aquifer and environmentalists managed to stall sections of the canal for decades, according to the book "Ditch of Dreams: The Cross Florida Barge Canal and the Struggle for Florida’s Future."

But in 1964, new funding allowed construction to resume. And President Lyndon Johnson even presided over the groundbreaking ceremony.

This time national defense was touted as an additional factor regarding the need for the canal.

The idea was that the canal would provide a sheltered waterway, especially for oil tankers, as they made their way from the oil fields of Texas and Oklahoma to the refineries of New York, according to "Ditch of Dreams."

But there were still concerns that a 30-foot deep canal would undermine the aquifer and risk saltwater intrusion, so a new plan was developed to build it only 12 feet deep.

To make that work, proponents of the Cross Florida Barge Canal planned a series of locks and dams that would allow a commercial waterway to be created from Jacksonville to Yankeetown, north of Tampa and west of Ocala. Some of the locks were even built and now stand abandoned in the Ocala National Forest.

In the 1960s, the barge canal by Hollins’ property was constructed, despite his family’s opposition. Being a successful businessman, he and his family tried making the best of what he could.

He built a shoot off the canal that barges could enter and where he could load and ship lumber and other products from the ranch. If it was going to be built, he would try and make use of it, he said.

But there were problems from the start.

“The biggest issue with the barge canal ... was that it wasn’t wide enough or deep enough,” he said.

Hollins said the project still could have worked even if the canal had been limited to 12-15 feet on the west side and deeper on the east.

“The best scenario would have been to dig the canal with a linear park,” Hollins said.

Meanwhile, in 1969, five years into the canal project in Citrus County, local officials were getting ready to use the project to boost local development.

That year the county commission, along with a local port authority, commissioned a port feasibility study.

The study was completed and analyzed what goods could be brought in, shipped out, and the costs to do it, along with the cost to operate the port.

According to the study, the local port authority in 1969 even designated 55 square miles adjacent to the barge canal as “Port Citrus Area.”

The report described the Citrus County area along the canal as ideal for port facilities and industry and included several terminals along a 10-mile-long stretch of the canal, even to the east side of U.S. 19.

The report predicted the canal would also bring additional industry to the area. One proposal was a brewery. The estimated cost of a port was $2.8 million.

The canal and port would have allowed Citrus to compete with Ocala with its interstate, airport and rail, Hollins said.

Of course, the port didn’t come to pass.

The good that came out of the failed plan was the greenway trail, Hollins said, which he now volunteers to help maintain.

“That park is used by a lot of people,” Hollins said.

Nell Rhodes’ family operated a fishing resort and heating and air conditioning business in Dunnellon. Rhodes, now 89, said her family would stamp all their mail correspondence with a slogan supporting the canal project and asking others to do the same.

“We put that on everything,” she recalled, laughing.

Rhodes and her family saw the barge canal as an economic engine that would have lifted much of backwater Citrus County into the modern era.

“We would have had more growth, more commercial jobs, more tourism,” she said.

Rhodes remembers her husband writing letters to elected officials in Tallahassee supporting the canal and encouraging them to push on for the project.

The subject was a prickly one, but Rhodes said friends and neighbors were still civil about their disagreements back then.

“Lots of people had their opinion about it ... but we saw it as an economic boom for the area,” she said.

She said she thought environmentalists overreacted and that Nixon gave in so he could focus on getting the Alaska pipeline built, so shutting down the canal was a tradeoff.

But that was politics, she said, and the canal was a casualty of it.

She is nostalgic about what could have been, and says nothing like it will ever be proposed again.

Hollins said the greenway is a Florida gem, but wonders also what positives the canal could have brought.

“But the way I look at it now is that they took something that was a dream and it didn’t come true,” he said. “But the greenway trail did a great job of taking this boondoggle and turning it into a beautiful linear park.”