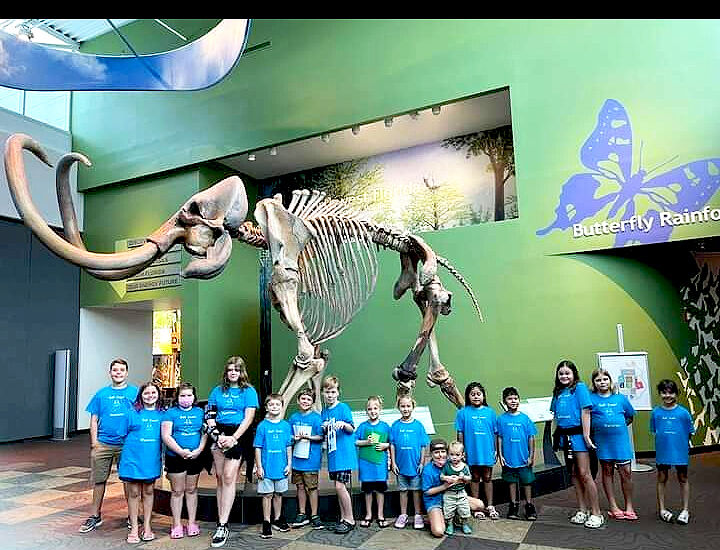 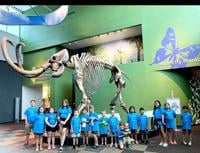 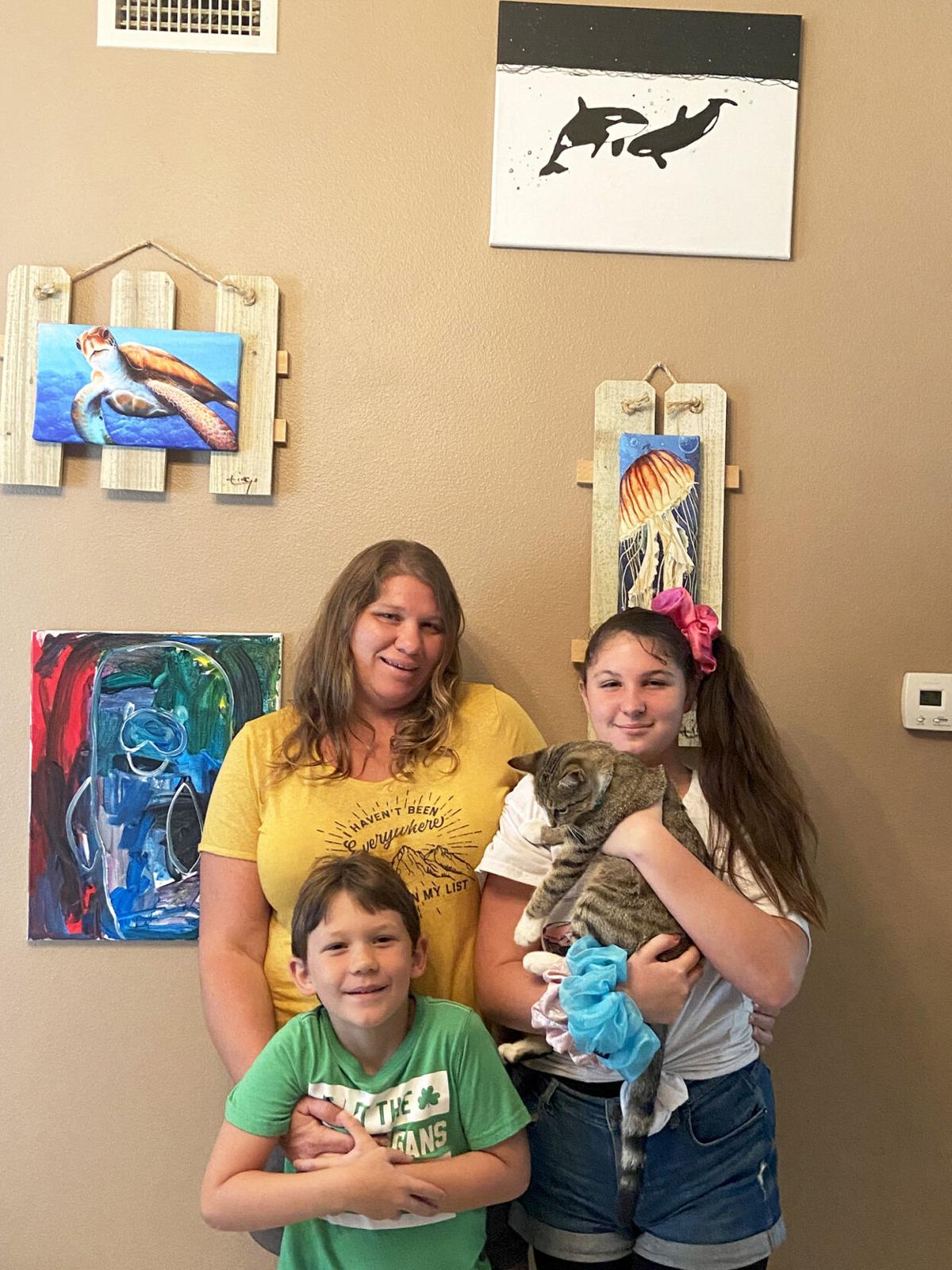 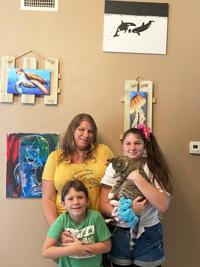 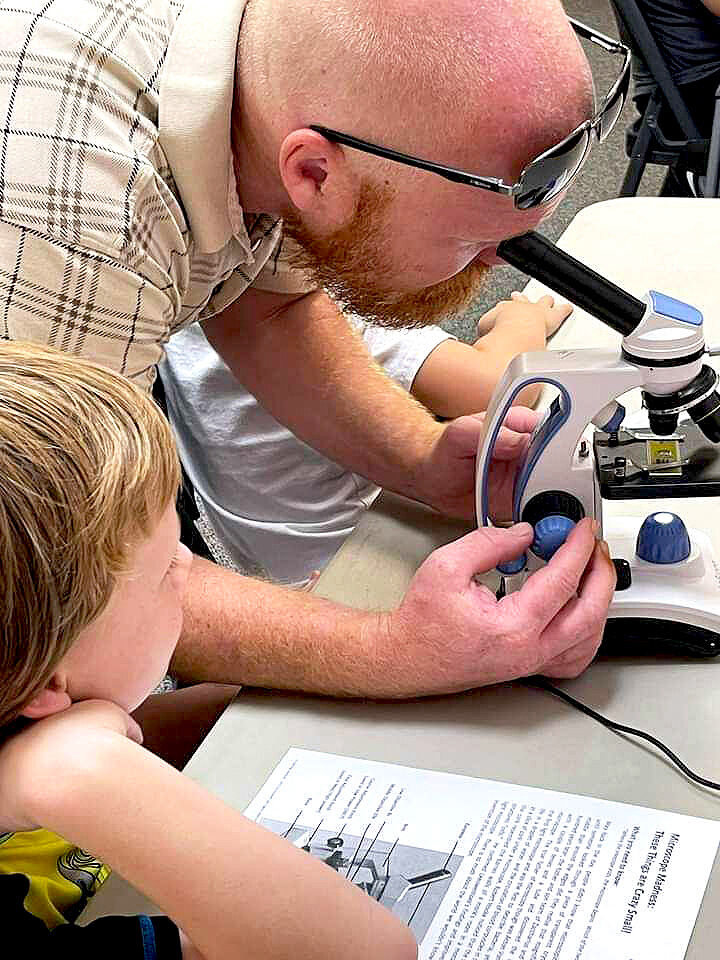 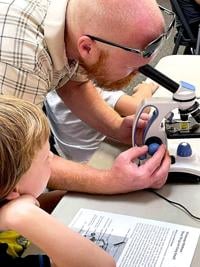 Dad Rich Hunzinger and his son, Alex, explored microscopes with the Manatees at the Lakes Region Library. 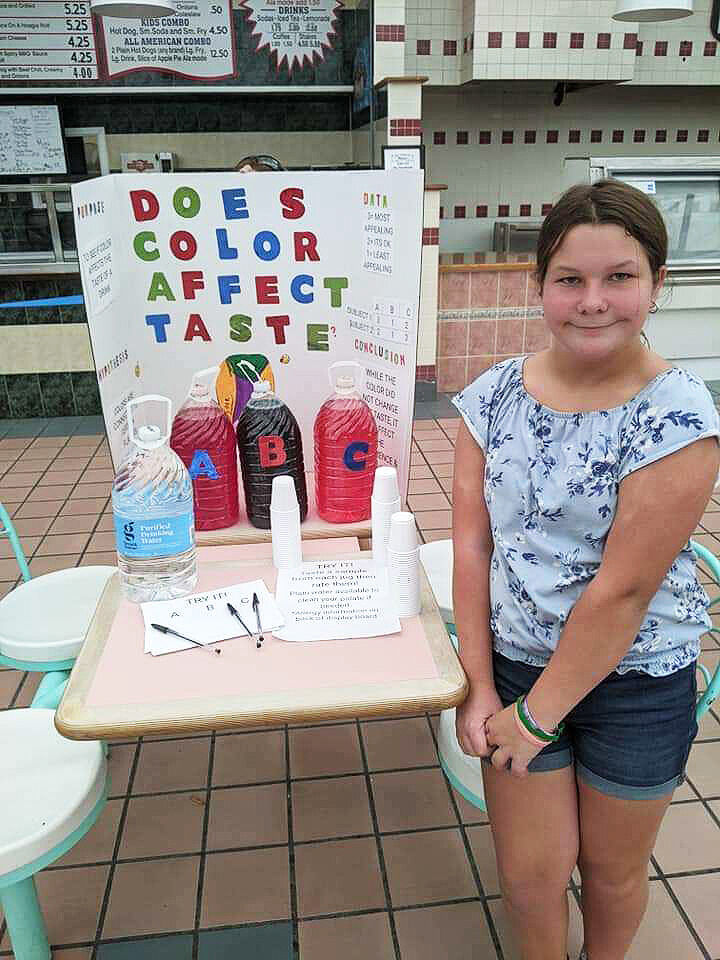 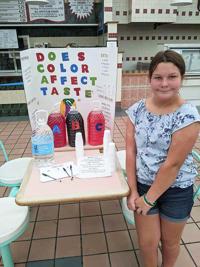 The Manatees debuted their science fair at the Crystal River Mall recently. Their exhibits will be on view through Nov. 15. Skylar Perry prepared an exhibit on whether color affects taste.

Dad Rich Hunzinger and his son, Alex, explored microscopes with the Manatees at the Lakes Region Library.

The Manatees debuted their science fair at the Crystal River Mall recently. Their exhibits will be on view through Nov. 15. Skylar Perry prepared an exhibit on whether color affects taste.

They do the fun stuff that may have been squeezed out of the public school curriculum because of state testing and other rules and regulations.

Stuff like trips to the Homosassa Springs Wildlife State Park or to the Etheridge Cattle Company in Williston. Stuff like a science fair at the Crystal River Mall, dancing, and team building.

The Gulf Coast Manatees Homeschool Group is an enrichment group that supplements the curriculum offered by homeschool co-ops. Meeting Tuesdays and Thursdays at the home of coordinator Jacqueline Van Dyke in Beverly Hills, as well as at other places, the Manatees number about 100 children and about 54 parents.

On Tuesdays, the students study and experience art, science, and social studies. Thursdays are reserved for physical education and team building. Van Dyke said if students attended every Tuesday and Thursday, they’d fulfill all their art, physical education, and possibly science units required by the state.

Another thing the students, ages 5-17, practice is community involvement. They teamed up with North Citrus Community Church to prepare 60 jars of peanut butter and jelly for the community. They worked with Foster2Adoption in Beverly Hills to raise funds. They would like to do some kind of community service for Christmas. And they’re planning a career and college fair to which they will welcome both homeschoolers and the community.

Mostly, students can learn, “Everyone can still get along as long as they reach out,” Van Dyke said.

She said about six parents help out and offer classes with the Manatees, such as Around the World classes, in which the parent-teachers have helped the children explore the continents of Asia, Africa, and South America. In the spring, the Manatees are going to focus on the founding fathers (and mothers) and the U.S. Constitution. Next year, Florida will be the focus.

The public libraries have helped out. The Lakes Region Library held a class on microscopes and digital microscopes. The Central Ridge Library offered a “blackout poetry” class, in which the students crossed out words in old books. With the words that were left, the students wrote a poem.

And even though Van Dyke had been involved in PTA at the public school Hannah attended in Boca Raton and also had been active in Girl Scouts, Van Dyke found “I knew people, but they didn’t reach out. It was more about money and status.”

Since moving to Citrus County, Van Dyke has discovered “Everyone has been very welcoming. Here, they seem to care. Maybe it’s the small town thing.”

A self-described “busybody,” Van Dyke said she got involved with homeschoolers here, at first offering a dinosaur class. Next, it was kickball.

Although son, Israel, graduated from public high school in West Boca Raton, Van Dyke said daughter, Hannah, pleaded with her to be homeschooled.

Hannah has juvenile arthritis and Van Dyke said one of her public school teachers and some students gave Hannah a hard time.

But since being homeschooled, Hannah’s school life has become “stress-free,” Van Dyke said.

Meanwhile, son, Chase, has never known any other schooling than homeschooling.

“He likes to learn. He loves math. And he loves being able to read,” Van Dyke said.

As for Van Dyke, she said she loves kids and learns something new from them each day. She said she enjoys planning such events and activities for children and their parents as a pumpkin patch and haunted house, and Thanksgiving and Christmas parties. When her children have moved on, she said she’d like to start an event planning business.

In the meantime, Van Dyke said one of her goals is for the Manatees to become a nonprofit group.

Another is to expand the volunteer activities available to the Manatees.

She urges anyone who has community service projects or who would like more information about the Manatees to contact her at gcmanatee@gmail.com, via the group’s Facebook page: Citrus County Homeschool Shenanigans, or by calling 407-369-0327.