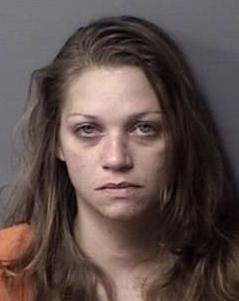 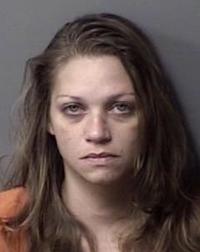 A Floral City woman is facing charges of causing cruel death and pain and suffering to a dog after a Citrus County Sheriff’s deputy reported he found the animal too weak from malnourishment to stand on its own and covered in sores.

The deputy reported that he was at the home of Sarah Lee Justin 31, on Wednesday, Sept. 23, 2020, regarding another matter, according to the arrest report.

When arriving at the home, Justin told the deputy she had a dog inside the living room and would have to move it to another room for him to come inside. The deputy told Justin the dog could stay where it was.

The dog also had fresh sores on its joints and was dehydrated, according to the arrest report. The deputy said in the arrest report that the dog’s breathing was so shallow that at first he thought the dog was not breathing.

When the woman set a bowl of water in front of the dog, the deputy said the dog was so weak it could not support itself and its head fell into the water.

The deputy called an animal control officer to the home, who took the dog to a local veterinarian. The veterinarian said the sores form when animals are confined in closed environments, such as a cage, according to the arrest report.

The deputy arrested Justin, charging her with felony animal cruelty. Her bond is $2,000.

“We Cater to Cowards!” Experience
WIN a La-Z-Boy Recliner ONE LUCKY
THE BUTCHER IS ALWAYS IN! SUPERIOR
F R E E H E AT from the sun Enjoy a