Duke Energy is still looking for the best way to limit the amount of contaminants leaking into groundwater from a coal ash landfill at its Citrus County plant.

Since an independent report from June documented excessive metals seeping into underground water systems from a coal ash basin at its Crystal River Energy Complex, Duke has been conducting additional tests from nearby monitoring wells to hone in on an origin. 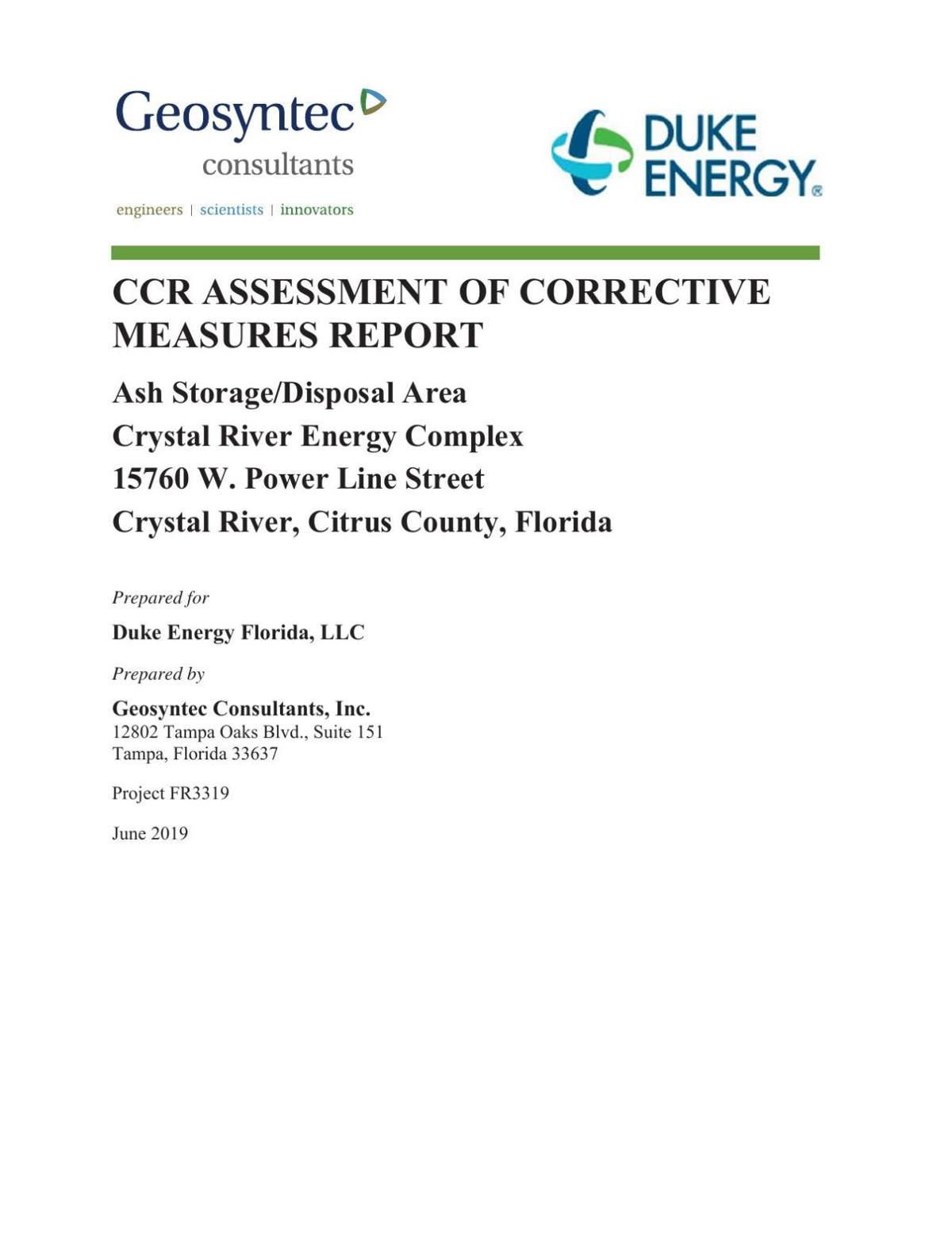 “Pinpointing the exact source … is what drives this solution,” Duke spokesman Bill Norton said. “Even though you’ve discovered you have an issue, you’ve got work a little harder to pin down the precise source so the solution addresses it.”

There’s no set deadline yet for the North Carolina company to send the Florida Department of Environmental Protection (FDEP) its proposed solutions.

Duke will schedule a session for public comment once it has compiled its plans, and assures its complex’ neighboring property owners they aren’t in danger of being affected, Norton said.

“As soon as we’re ready to move forward, we’ll let the community know,” he said. “This is (a) very localized issue that’s not impacting plant neighbors, and we’ll get to the bottom of it.”

FDEP, in a prior Chronicle report, also corroborated there are no public lots or wells downstream of Duke’s coal ash landfill.

In June, Geosyntec Consultants published the May 2018, October 2018 and March findings of Duke’s 26 sampling wells, which monitor contamination levels in groundwater as it flows northeast to southwest, underneath Duke’s local complex, its two coal plants and 100-acre coal ash deposit.

Coal ash is left behind after coal is burned to produce power.

Duke’s two remaining coal-fired plants (two others were retired in 2018) produce both a finer fly ash, which is filtered through smokestacks; and a coarser bottom ash, which forms at the furnace’s bottom.

These metals are naturally found in soils, and maximum groundwater contaminant levels set by the U.S. Environmental Protection Agency for arsenic, lithium and molybdenum are 10, 40 and 100 ug/L, respectively.

Geosyntec also recorded high amounts of radium in wells, but concluded they were natural.

Geosyntec recommended options Duke could pursue to remediate pollution at the source and in the groundwater.

This includes: excavating the ash for reuse or off-site disposal; withdrawing affected groundwater for treatment; permeable reactive barriers; using plants to remove contaminations; or keeping an eye on the problem to see if it gets better with time.

Norton said Duke is making efforts to reduce its carbon dioxide emissions nationwide by 50%, with a 2050 goal of reaching net zero carbon emissions by 2050. As a result, Duke has been retiring its oldest facilities.

Duke expects to finish dismantling the two decommissioned coal plants at its Crystal River complex in 2023, and its two remaining, cleaner coal-fired plants are scheduled to retire in 2042, Norton said.

“We’re getting really aggressive at the request of our customers,” Norton said about Duke transitioning to cleaner energy sources, “and retiring coal is a part of that.”

Coal-fired units to retire this month

They are retiring coal plants for two reasons. One, they are extremely dirty and TWO, fracked gas is so cheap now that coal can't compete and plants are closing all over the country. Its all about profit