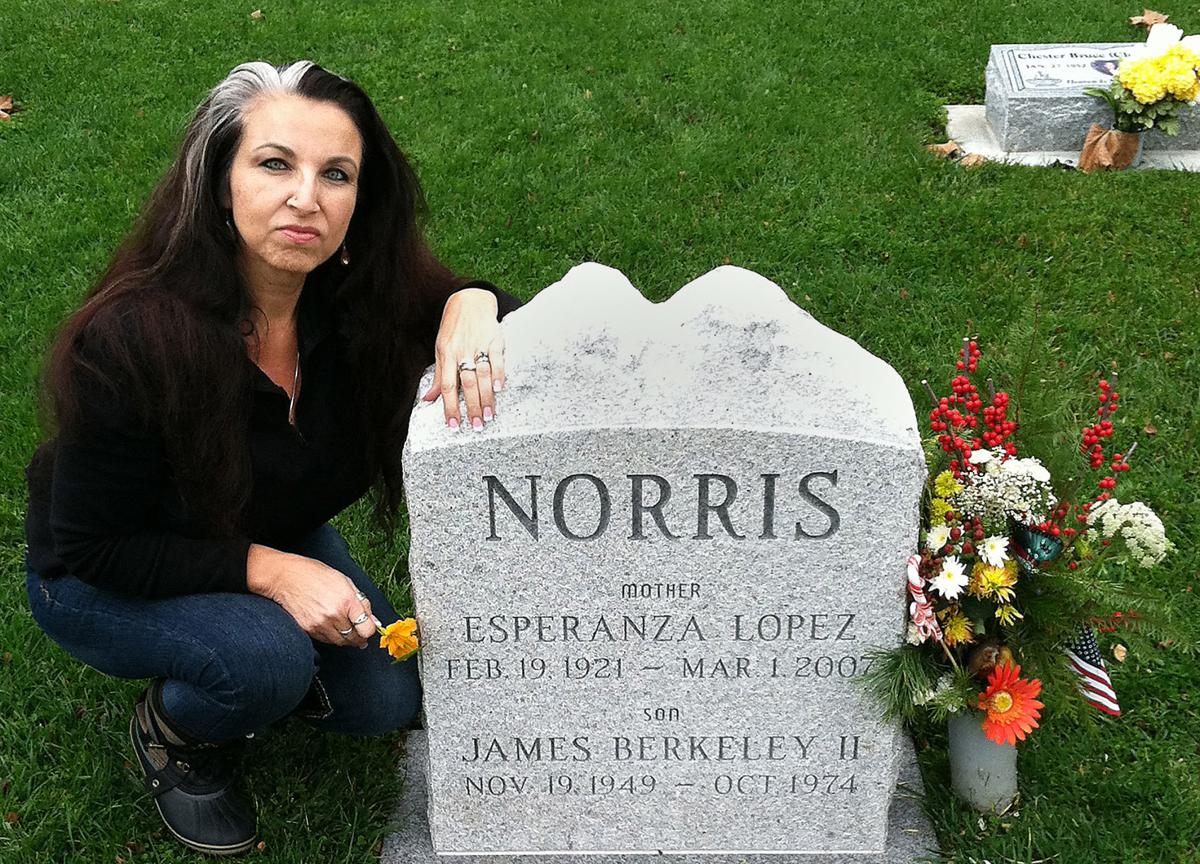 Rosemary Norris Southward is still searching for information about the death of her brother, James Norris, who was presumed missing for 37 years until his remains were identified two years ago. In 1974, Norris had left his home in California and came to Citrus County to buy marijuana. 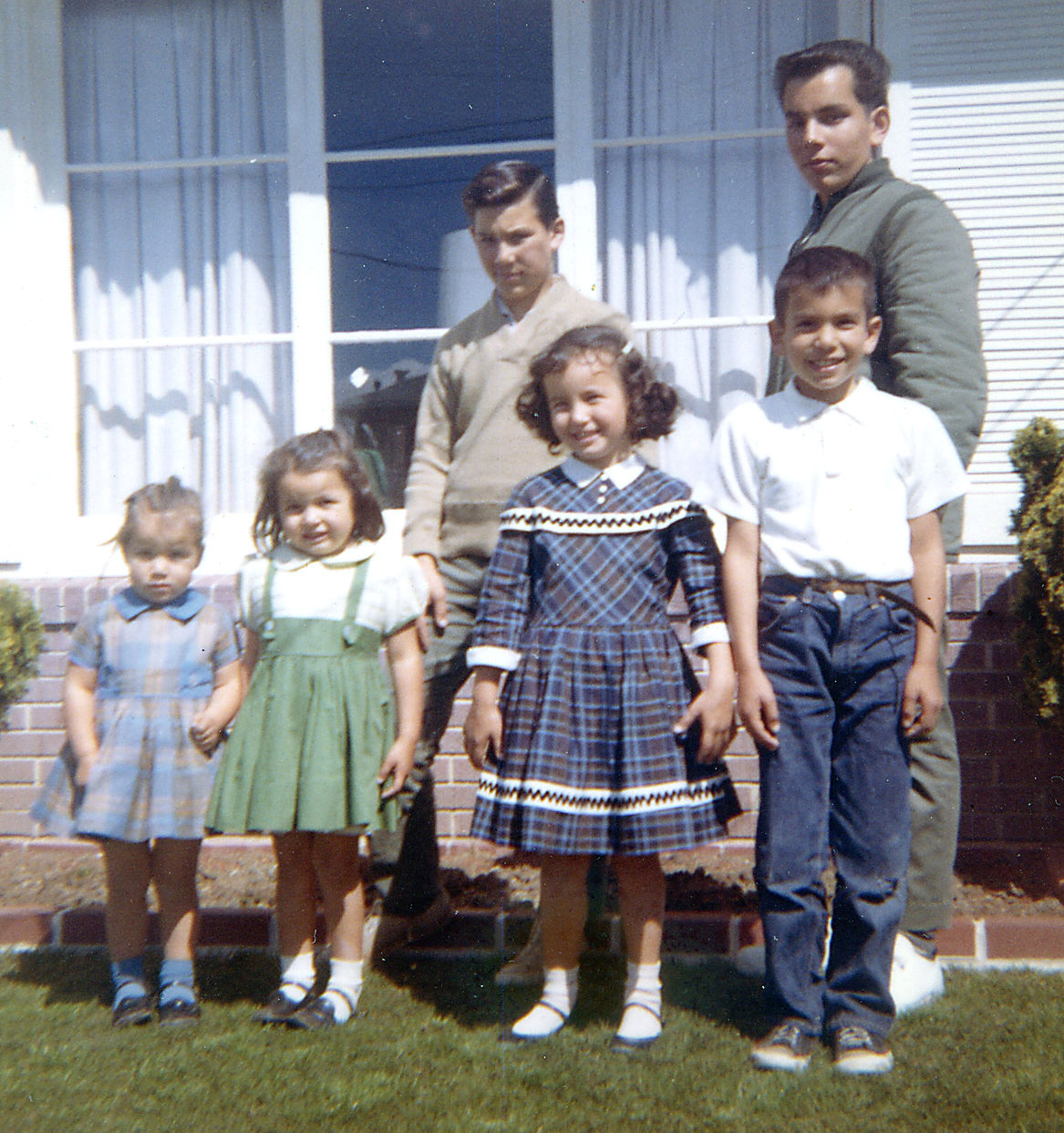 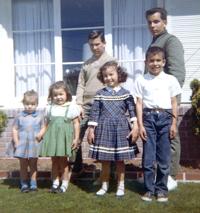 A family photo of the Norrises.

Rosemary Norris Southward is still searching for information about the death of her brother, James Norris, who was presumed missing for 37 years until his remains were identified two years ago. In 1974, Norris had left his home in California and came to Citrus County to buy marijuana.

A family photo of the Norrises.

Rosemary Norris Southward has never been to Citrus County, but in 1974 her brother, James Norris, came here with $12,000 cash all the way from California to buy some Colombian-grade marijuana.

A postcard dated Oct. 4, 1974, and sent from Inglis, was the last Southward and her family heard from him.

In 1976, a heavy equipment operator in northern Dixie County found some skeletal remains that were turned over to the Florida Department of Law Enforcement. Thirty-five years later, the remains were identified as James Norris.

In 2011, Southward and her sister came to Florida to claim the remains of their brother. On what would have been Norris’ 63rd birthday, the family erected a headstone at his gravesite.

FDLE is still actively seeking information about what happened to James Norris.

“I was 13 and Jimmy was 24 when he went to Florida,” Southward said in a phone interview. “We resembled each other — I was his little sidekick … I still think about him every day. It affected me so deeply, because I was just a kid.”

For 37 years the family searched for their brother, their son, never giving up hope that they would find him.

Southward still recalls the pain of hearing the news that the remains of her big brother had been found.

“It’s difficult to go from thinking of him as a missing person for all those many years to all of a sudden knowing,” she said. “That was like losing him all over again when we learned about his fate. It started a different type of loss.”

She said she had thought being able to bury her brother would bring closure, but it hasn’t. Not entirely.

“My goal was to recover his remains, and I was shocked when FDLE called to say they opened a criminal investigation,” Southward said.

“There’s someone out there that has lived all these years, who took my brother’s life, and that’s not OK. I think about how this affected my family, how my mother was completely devastated.

“That was the cruelest thing,” she said. “When you lose a child, even as a young adult — the anguish of not knowing and to see my mother struggle all those years to figure this out, desperate, always reaching out for help in finding her son. She didn’t live to see the day, and I think about her all the time and the pain she went through.”

“My brother was a missing person up until we were notified of his fate two years ago, and for those decades we didn’t know what became of him,” Southward said. “To us, his death is still new; we are still grieving, just like any family would if their loved one was brutally murdered.”

“We recently assisted (FDLE) in getting a billboard placed regarding the case,” Perez said.

Currently, a billboard will James Norris’ photo and information is on County Road 486 near Meadowcrest Boulevard in Crystal River.

“We’re also working with county transit to advertise this case on some of their buses, so this is still an active case,” Perez said.

“There is a reason that there is no statute of limitations on murder: As a society, we have deemed it to be among the most heinous of crimes, one not only against man but against God as well,” Southward said. “Does it matter that Jimmy’s murder happened in 1974 rather than last year? The law of the land says, ‘No,’ and I suspect that if Jimmy were your son, your brother, your loved one or friend, you’d feel the same way.”

Chronicle reporter Nancy Kennedy can be reached at nkennedy@chronicleonline.com or 352-564-2927.