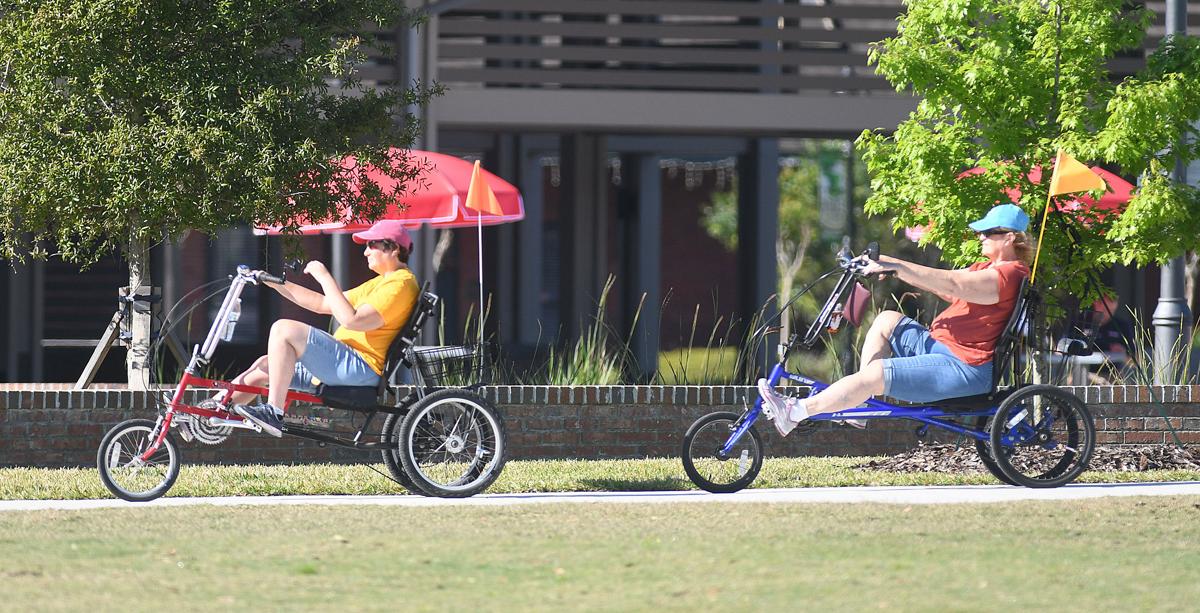 Riders bike through Liberty Park in Inverness Friday morning. On Monday, the Department of Environmental Protection as well as the city of Inverness, like the county and city of Crystal River, closed parks and trails to users. 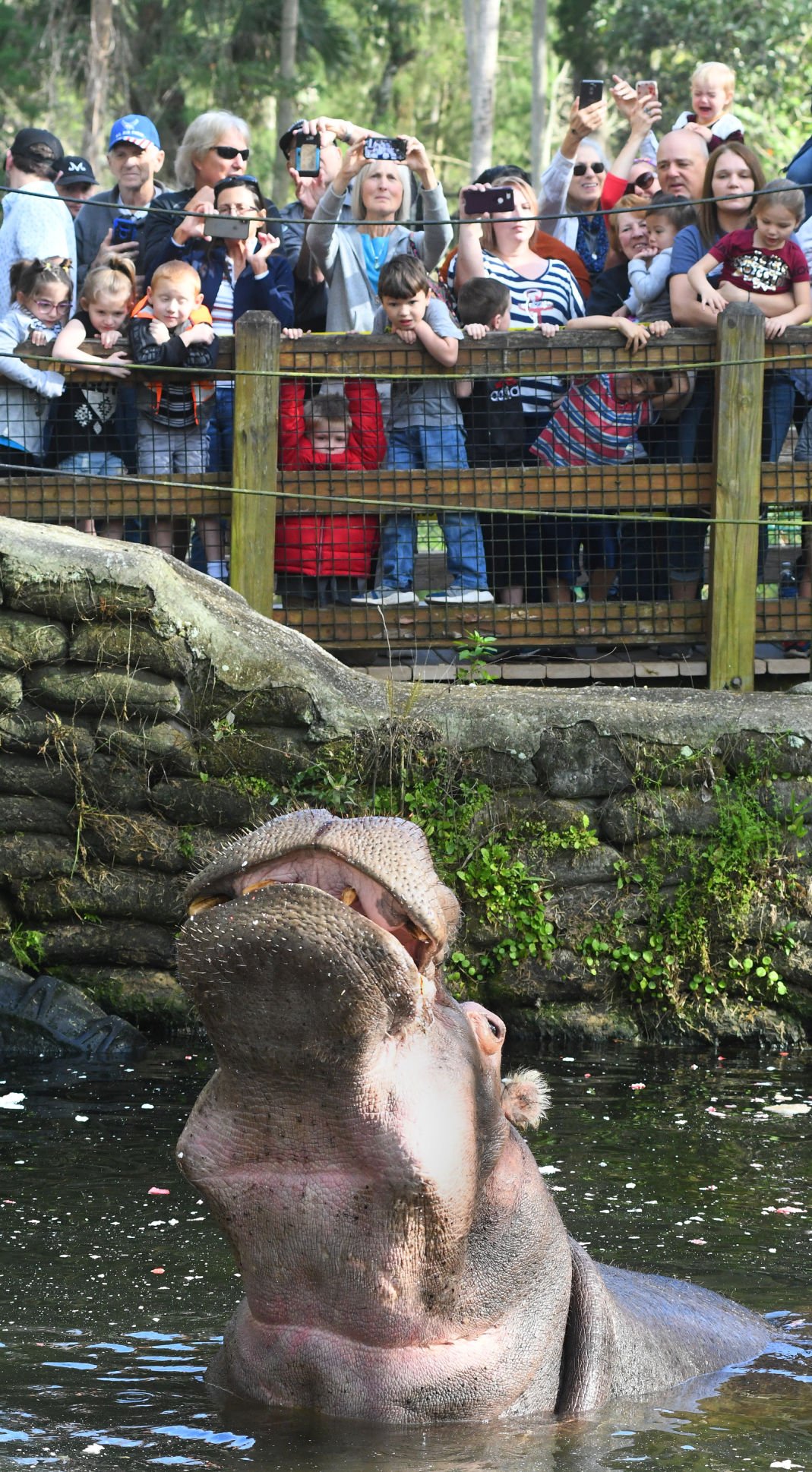 Riders bike through Liberty Park in Inverness Friday morning. On Monday, the Department of Environmental Protection as well as the city of Inverness, like the county and city of Crystal River, closed parks and trails to users.

If you’re looking to get fresh air and exercise, after Monday, March 23, you’ll have to do so other than city, county and state parks, especially the statewide trail system.

With the coronavirus pandemic continuing its spread throughout Florida, Gov. Ron DeSantis, with CDC guidance to maximize social distancing and avoid gatherings larger than 10 people, the Florida Department DEP has closed all Florida State Parks, including the Withlacoochee Rails to Trails, to the public effective today.

According to the DEP website, the agency has taken many measures to continue providing resource recreation at our state parks during this time, such as limiting operating hours and reducing visitor capacity at parks with high visitation. Unfortunately, this has not resulted in the reductions needed to best protect public health and safety as Florida continues to mitigate the spread of COVID-19.

“We appreciate your cooperation and understanding as we work to prioritize the welfare of our communities and staff,” the DEP stated on its website. “We look forward to welcoming you again to our award winning state parks as soon as possible.”

Sherry Bechtel, owner and operator at Inverness Bicycle & Fitness, said while the decision to close the trail is difficult, she encouraged people to look at it from another angle: the usage. A year ago, there was more than 350,000 trail users, or 1,000 per day.

“You’re around a lot of people,” she added, noting the nationwide plea for “social distancing.”

In addition, she said, from an accident stand point, if a trail user is injured, it could take up a much-needed hospital bed.

“This is about getting people to avoid hurting themselves,” she explained.

Still, the decision doesn’t rest well with those who frequent the trails for cycling, running or walking.

“It was so busy yesterday with runners, bikers and walkers,” said Jessica Barnes, whose family of four ventured outside for a morning run. “People were courteous and were respectful of distances. I think I actually had more people say hi to me yesterday than on a normal Sunday run. Exercise and sunshine does a body, mind and attitude good.”

Added Kevin Foy, an avid cyclist and runner: “Not happy.”

The city of Inverness announced it was closing Whispering Pines Park, the Depot District; Liberty Park, Wallace Brooks Park and the Inverness Visitor Center. All park users were asked to leave the parks at 11:30 a.m. Monday. The county also followed suit, closing all of its parks, but noted boat ramps will remain open.

The city of Crystal River early this afternoon announced all of its all parks, including kayak launches at Hunter Springs and King’s Bay Park, are closed effective today. Boat ramps will remain open, according to Leslie Bollin, the city's public information officer.

Please do not close the boat ramps.

People really need to put things in perspective. Things are so bad in New York City and California that they are locked down. People can't ride their bikes or even run on the streets.

People are getting sick and dying.

Everything closed by the state and local governments are for a reason. To stop the virus from reaching a point that overwhelms the health care system. We had our first case on March 15th. A week later we have eight confirmed cases. Will next week be doubled to 16? The trend is that it doubles every 2-3 days Other things to consider: SARS-CoV-19 can stay in the air for five hours. One person who infects another person can be responsible for thousands who also become infected...and some inevitably die.

People should really stop complaing about everything and sit down and really think about things. Life is not what it used to be. Everything is topsy turvy. What we are dealing with is unprecedented - and we have to accept it and be thankful for what we have. If you ride on the trails, then you are most likely very healthy. You are also lucky if closing the trails are such a problem.

There are people in nursing homes who can't receive visitors. This is also the case in rehabilitation centers, hospice, and some assisted living facilities. Some individuals are really bad off and will die alone. Their families greiving.

But look at you! You can still ride and run, even if it's on streets! I have underlying problems and the only exercise I can do is water aerobics and laps at the YMCA. They announced that they will be closed to May 8th. And that's cool because I don't want people to get sick. I will still pay my dues because in the meantime, the YMCA is offering free child care to the children of those who provide an essential role in our communities. Doctors, nurses, medical aides, staff who take care of the children, grocery store and pharmacy stores, gas station workers and more.

Please, put things in perspective. Stay healthy and blessed throughout this very difficult time. Heap blessings onto others and be careful, enjoy the fresh air.

This is my 18th year riding the trail, usually 150 miles over 7 days. I ride by myself, but rarely during this time have I seen a group ride with over 8. Th rest area in Floral City may reach 6 in the gazebo. That’s it! I’ll be on the roads, not giving up so much training, when it doesn’t impact the group parameters specified.

Oh great, so now the thousands of us who use the Withlacochee Trail everyday, get to bike along the busy, dangerous highways. Thanks a lot. Get ready for some hit and runs with cars hitting bikes and the bikers losing their lives.

So your answer is run and ride in the streets???? Brilliant!

I agree with you. Cyclists naturally stay 6-plus feet away from each other and forcing them onto the road is going to put a lot more people in the hospital than if they had left the trail open. Stupid move!!

I have an ideal. Save your life and don’t ride on the busy dangerous highways. Unless riding is worth dying.

Norvell Bryant has a very large pathway that is 11-miles long.

Why can't you just ride in quiet neighbir hoods. Busy highways aren't the only solution. The Chronicle gas nothing to do with it. DeSantis closed state parks, with the Withlacoochee Trails are under.

Florida cases are increasing rapidly, so I suspect that DeSantis will close more down. Count your blessings.

Hearing is one of our most important
Dr. Savage Dr. McNerney Dr. Mendizabal
Excellence In Gastrointertestinal Care
1 2 SAVE UP TO $1,850 IN REBATES ON
During this time, we have taken several