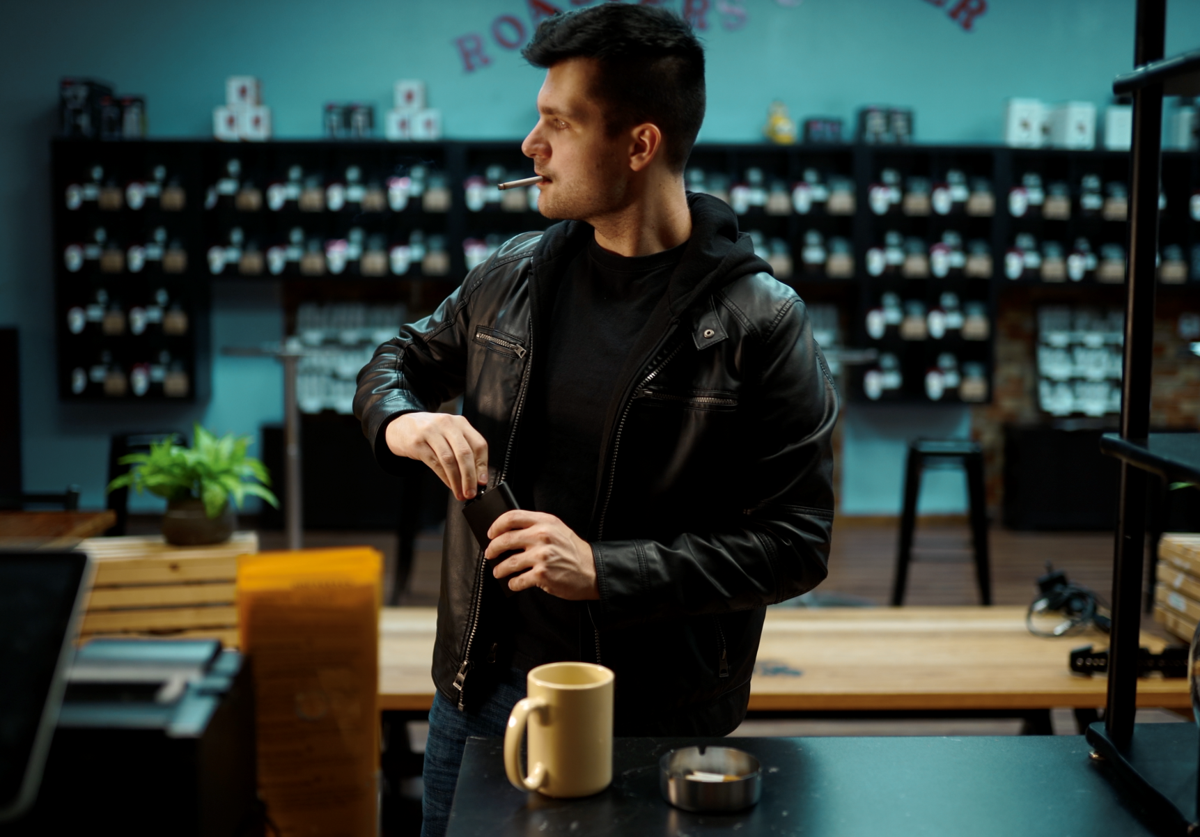 Dalton Burdette as Jackson Connelly in his new film, "The Local." The crew filmed scenes in Cattle Dog Coffee Roasters in Inverness. 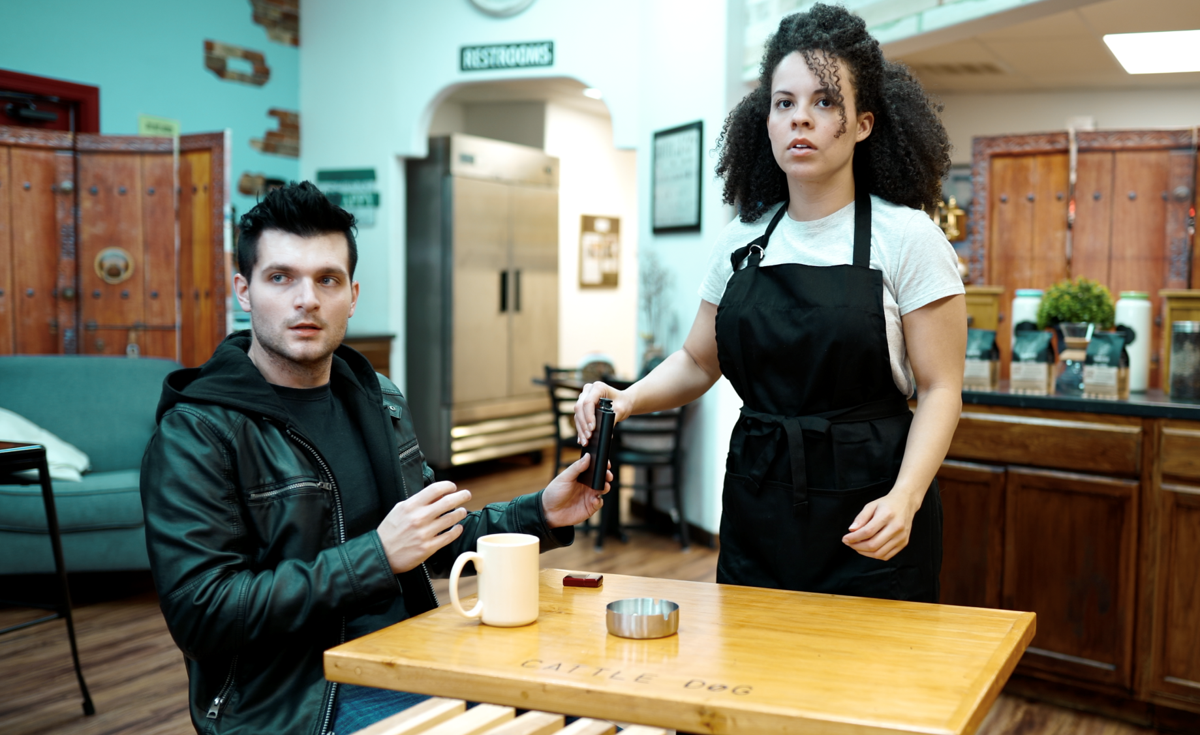 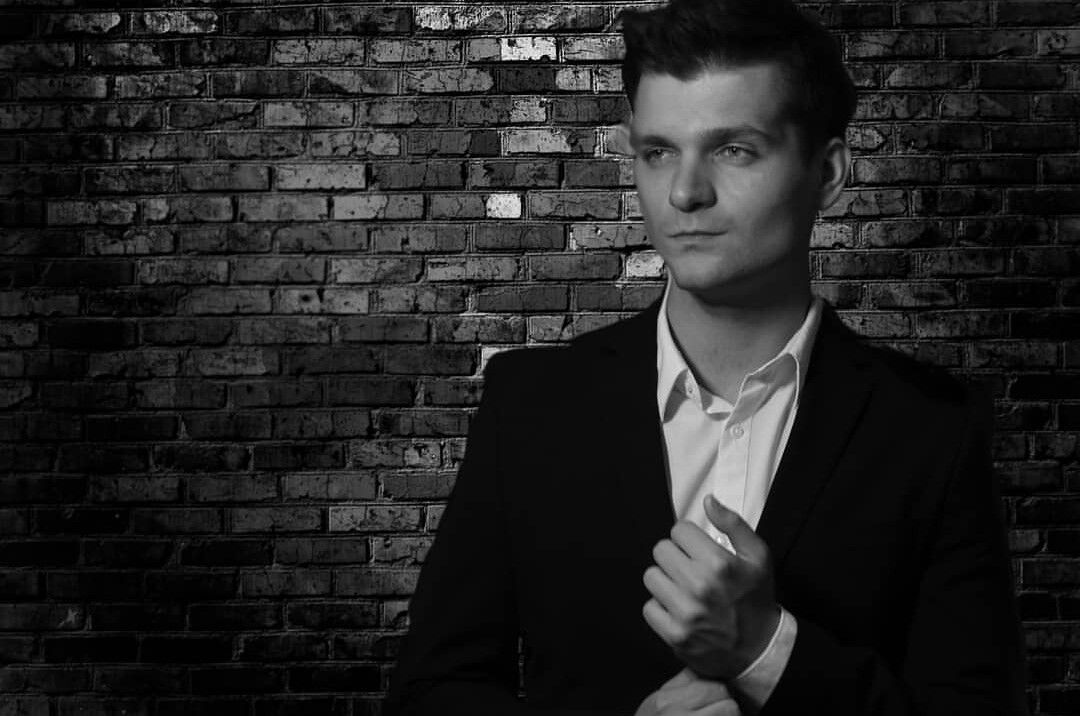 Citrus County is invited to the premiere of a new short film, “The Local,” written and directed by Citrus native Dalton Burdette.

According to IMDb, “When a new gang arrives into town, it's up to now-retired hometown hero, Jackson Connelly (played by Burdette), to decide if putting an end to the terror is worth the risk of hurting the people he loves.”

In traditional western films, Burdette said, the unknown hero arrives in town to save the day.

“In this story, the hero is the local in the town,” he said.

Burdette, 24, is a Citrus County native himself and graduated from Lecanto High School before continuing his education at the University of Central Florida in Orlando, where he currently lives.

No stranger to filmmaking, “The Local” is Burdette’s fourth official short film as the CEO of Movie Knights Productions. “It’s something that I’ve always wanted to do,” he said.

“I used whatever avenue that I had at the time,” he said. “The only route I had was the LHS morning show.”

For 90 minutes a day, Burdette said, he got to use the school’s professional equipment as practice.

Burdette said “The Local” is the biggest and longest film he’s done so far. The crew began filming in October of 2020 and finished in April or May of 2021.

“We filmed about half of the whole film in Citrus County,” Burdette said.

One of the primary locations featured in the film is Cattle Dog Coffee Roasters in Inverness. Other scenes are filmed out and about in Citrus County's woods and dirt roads.

So far, "The Local" has won Best Script at the LA Sun Film Fest and an award of merit for Best Action at the Vegas Movie Awards. Composer, Rob Crowell, won a bronze award for Best Original Score at the Independent Shorts Awards.

At the IndieX Film Festival, actors Michael Schenck and Victoria Victoria Resseniti won Best Supporting Actor and Best Supporting Actress. In addition, the film is an official nominee for Best U.S. and International Script at the Chicago Indie Film Awards.

In total, Burdette said the film was submitted to 17 festivals. So far, they’ve heard back from eight and will hear from the others later this year.

“The Local” will premiere at the Valerie Theatre at 8 p.m. Friday, July 23, at 207 Courthouse Square in Inverness. Tickets are $10 and can be purchased at the door or online at tinyurl.com/zjkxccu8.

There will be a question-and-answer session with the cast and crew after the viewing.

“All of the proceeds go to the Valerie Theatre,” Burdette said. “We get to support a local theater and show our movie in the town that we made it.”

The film will also be available on Google Play and Apple TV on Aug. 1.

“The amount of talent that went into making it,” Burdette said, “we’re really grateful for.”