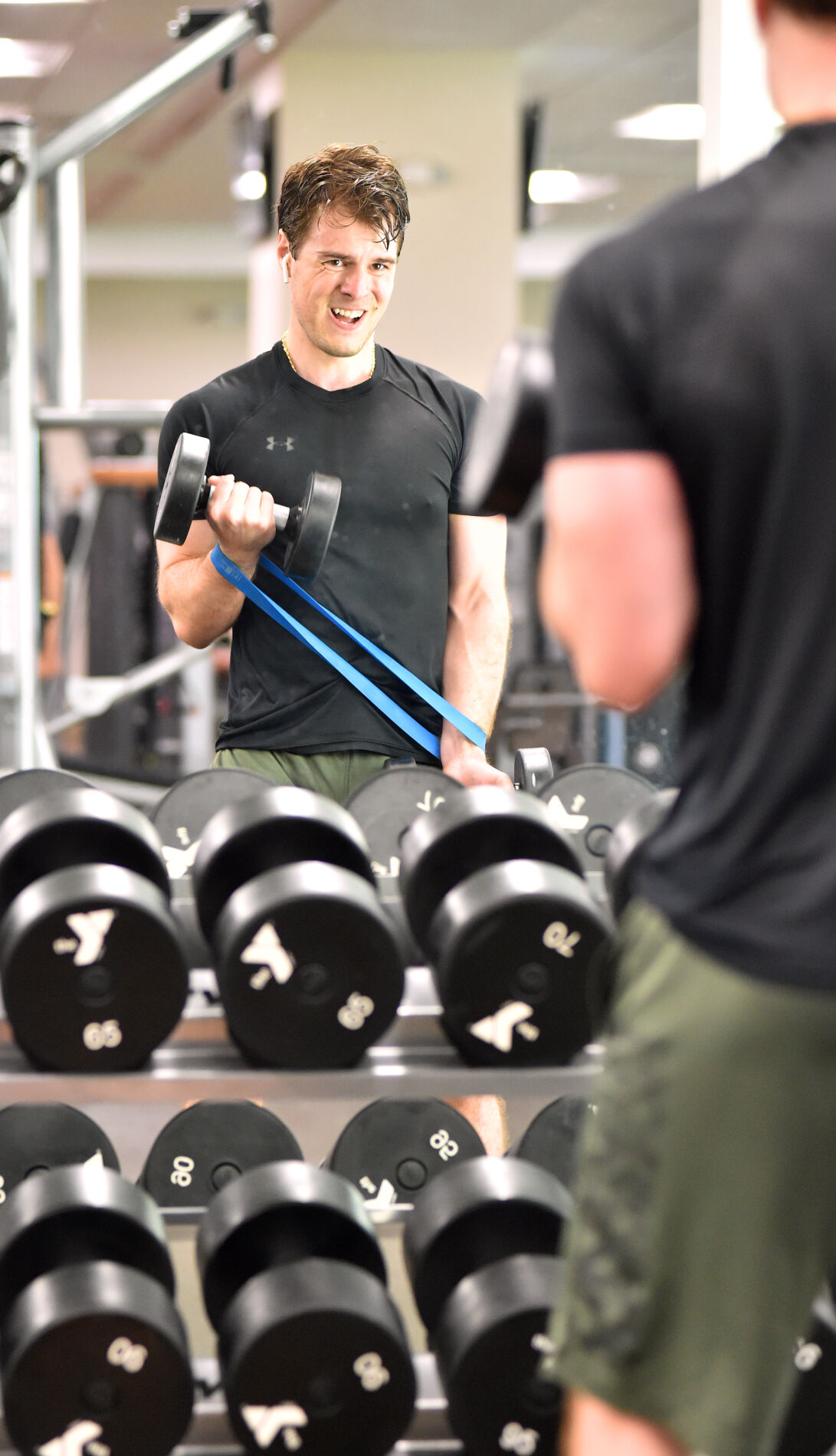 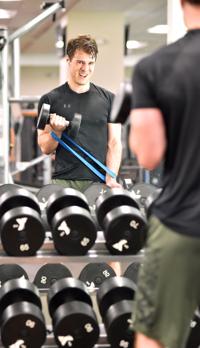 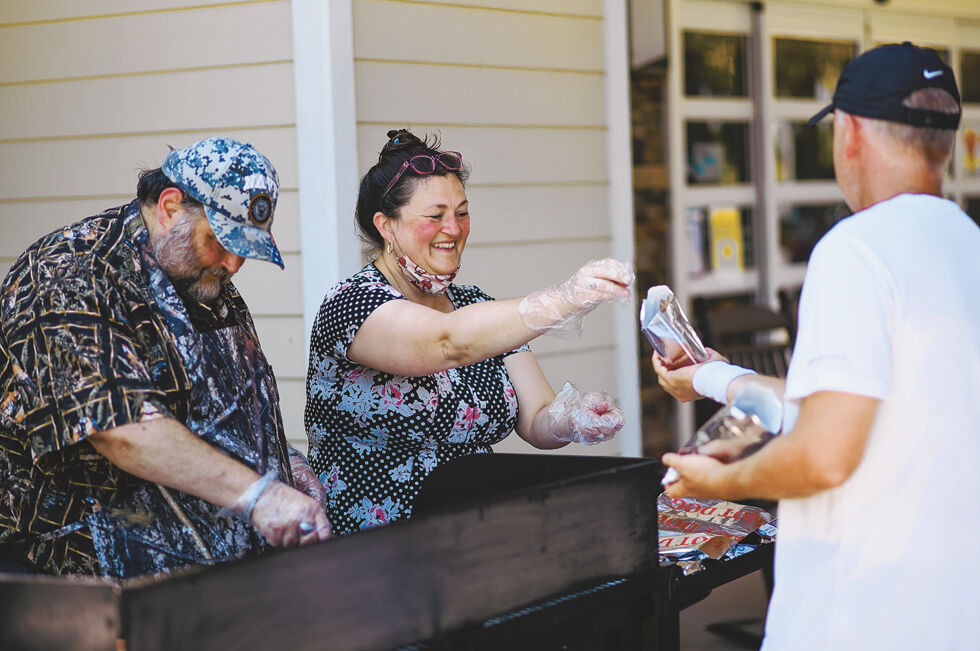 Board member Larry Gamble and wife Colleen, of Lecanto, serve hot dogs Saturday, May 1, at the Citrus Memorial Health Foundation YMCA. In celebration of five years being open to the community, David Reed, YMCA operations executive, and many others helped put together a fun, active day for all ages to express appreciation to members and the positive effects the Y has had on the community. 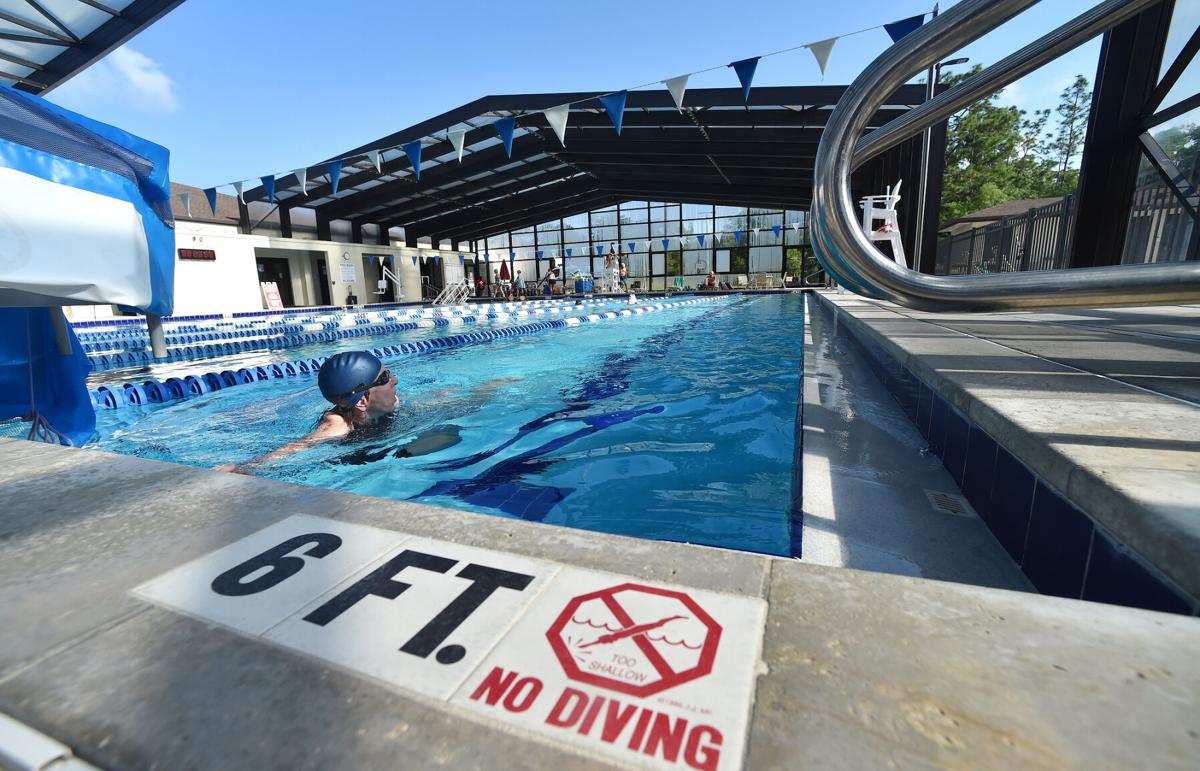 The swimming pool at the Citrus Memorial Health Foundation YMCA is widely utilized by members of the Y. 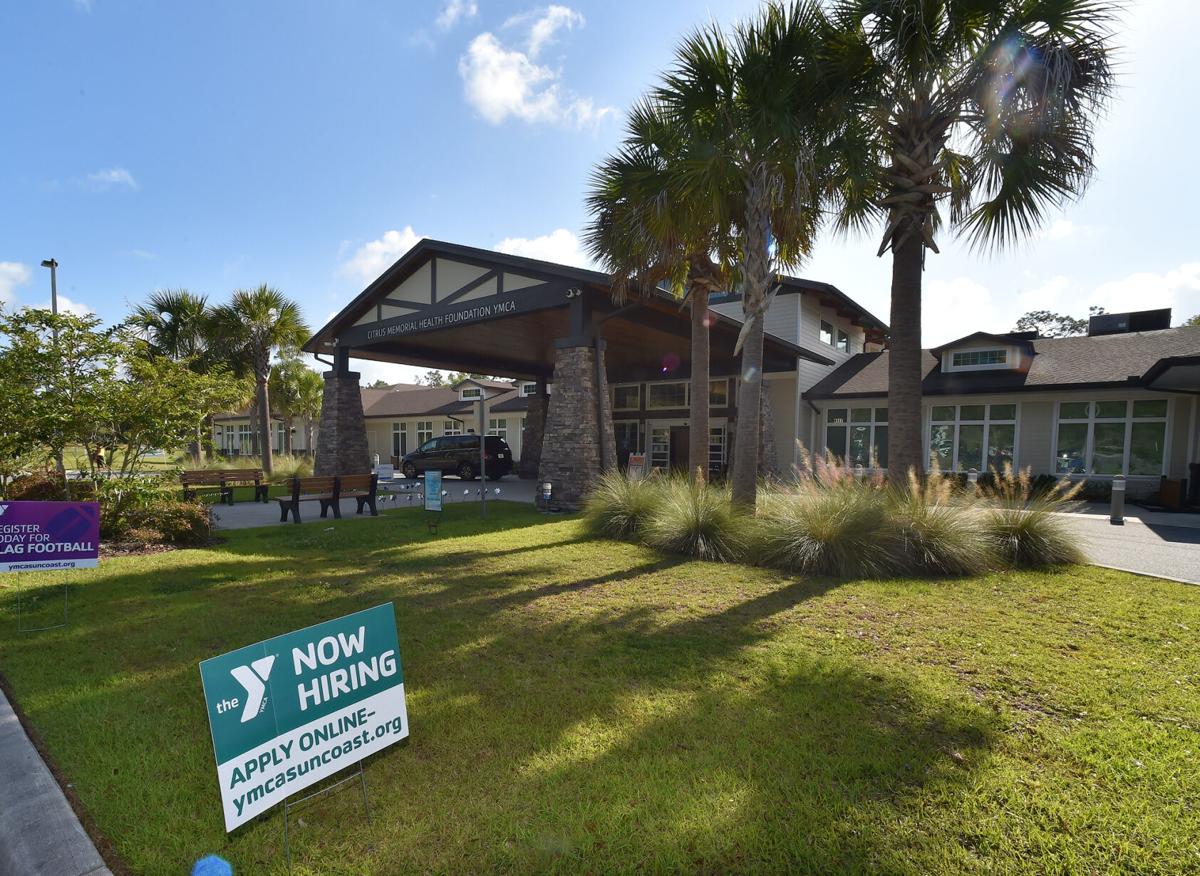 Board member Larry Gamble and wife Colleen, of Lecanto, serve hot dogs Saturday, May 1, at the Citrus Memorial Health Foundation YMCA. In celebration of five years being open to the community, David Reed, YMCA operations executive, and many others helped put together a fun, active day for all ages to express appreciation to members and the positive effects the Y has had on the community.

The swimming pool at the Citrus Memorial Health Foundation YMCA is widely utilized by members of the Y.

Steve Lamb, owner of Crystal Automotive Group, remembers that day in 2007 when a survey was ready to be sent out to Citrus County residents to gauge their interest for a new YMCA.

One year later came the Great Recession and plans were put on hold.

Another survey in 2012 went out and Lamb said he was taken aback by the community’s response and a forecast that said a local YMCA could easily attract 10,000 members.

Lamb chuckled because he didn’t think there was any way that number could be reached.

On Saturday, May 1, it was five years to the day the Citrus Memorial Health Foundation YMCA opened its doors at 4127 County Road 486 in Lecanto and staff celebrated with a cookout and fun family activities at the site.

Steve and Jewel Lamb were a major force in getting the Y open. Not only did he contribute monetarily but he was an avid supporter. Jewel Lamb was co-chair of the fundraising effort for the facility, which in five years has become the largest in the YMCA of the Suncoast group.

Lamb attributes the Y’s success to the staff.

You can have all the “bricks and mortar in the world,” he said, but without a dedicated crew it won’t be successful.

“People make the place,” he said.

Lamb said he’s talked with company and corporation heads considering relocating here or opening a business in Citrus County and one of the questions they asked him was whether there was a YMCA in the community.

“Not because they were big workout nuts,” Lamb said. “They had found out that a community that can come together and have a Y is special.”

"Bringing a YMCA to Citrus County is one of the greatest achievements that our community has made to help people live to their fullest potential,” said Joanna Castle, district vice president of the Citrus Memorial Health Foundation YMCA in Lecanto.

Castle has been an ardent supporter of a local YMCA right from its formative stages.

“In the five years that our facility has been in operation, we have served thousands and thousands of people, working to create a stronger, healthier community,” Castle added.

“There are so many partners, volunteers, staff and donors that have helped to further our cause and I am truly grateful," she said. "This would not have been possible without their support.”

How the Y survived COVID

Like every other business, nonprofit or household, the Citrus County YMCA was not immune to the effects of COVID-19.

“While our community navigated through the COVID-19 pandemic, the Y’s cause to strengthen the foundations of the community remained as strong as ever,” Operations Director David Reed said.

Reed said the YMCA spent much of 2020 meeting critical needs in the county.

“While our doors were closed, the Y didn’t stop serving the community,” Reed said. “We’ve been hard at work providing emergency services to essential workers, families and our neighbors in need.”

“Our Y has always been more than a building,” Reed said. “Our Y is about people — people from all backgrounds and walks of life who come together to improve their lives, nurture their families and strengthen their community.”

Reed said that, while he can’t predict the long-term effects of COVID-19, “we are committed to doing whatever is necessary to ensure the safety of our members and staff,” Reed said.

“The way we’ll interact with each other will be different, but at the Y, you’ll always be able to connect with people, improve your health and wellness, nurture your children’s potential and help strengthen our community,” he said.

Their mission is unchanged: “We put Christian principles into practice through programs that build a healthy spirit, mind and body for all.”

“The Y has surpassed everybody’s expectations in the ability to attract people and gain members who want to lead healthy lives,” said Gerry Mulligan, publisher of the Citrus County Chronicle and YMCA board member.

“When we launched this Y, there were questions on the part of the Suncoast YMCA people, as to whether we could attract members,” Mulligan said. “Our growth has been over the top.”

That growth, he said, is borne out by the expansion of the Y’s wellness center after only two years.

The pandemic “slowed things down and limited participation" but people are starting to come back, he said.