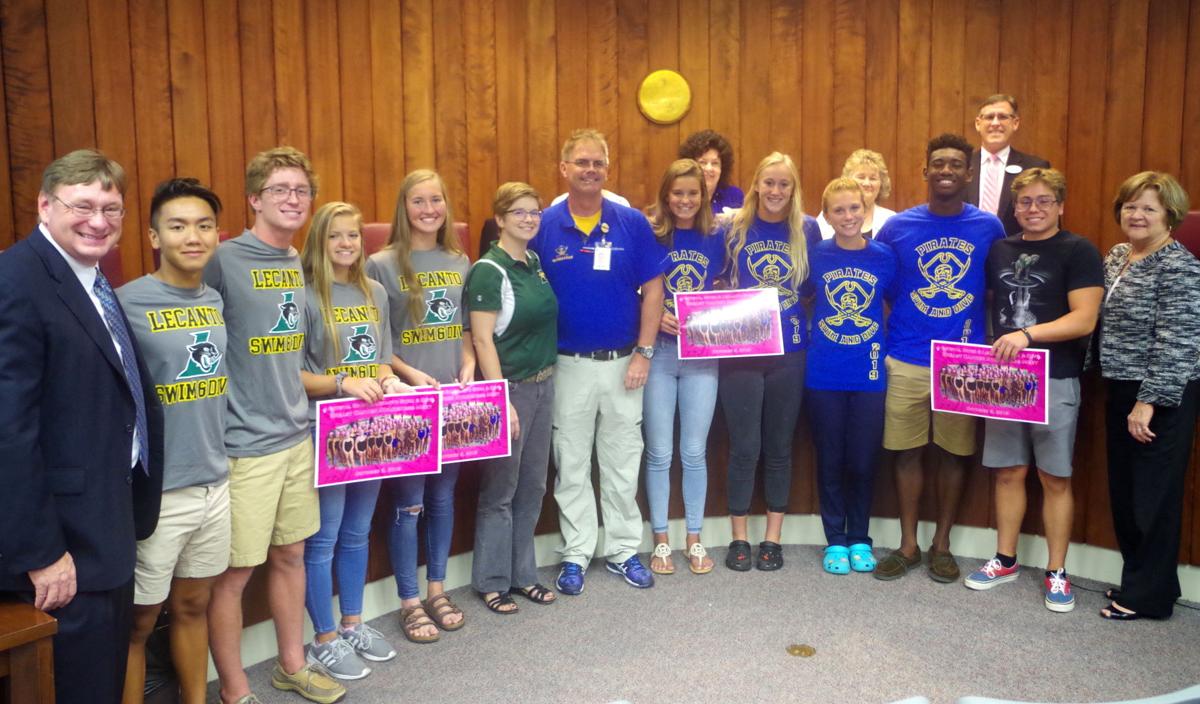 Members of the Citrus County School Board recognize students of Lecanto High and Crystal River High schools' swim and dive teams, which both raised money at their Oct. 3 meet to help fight breast cancer. 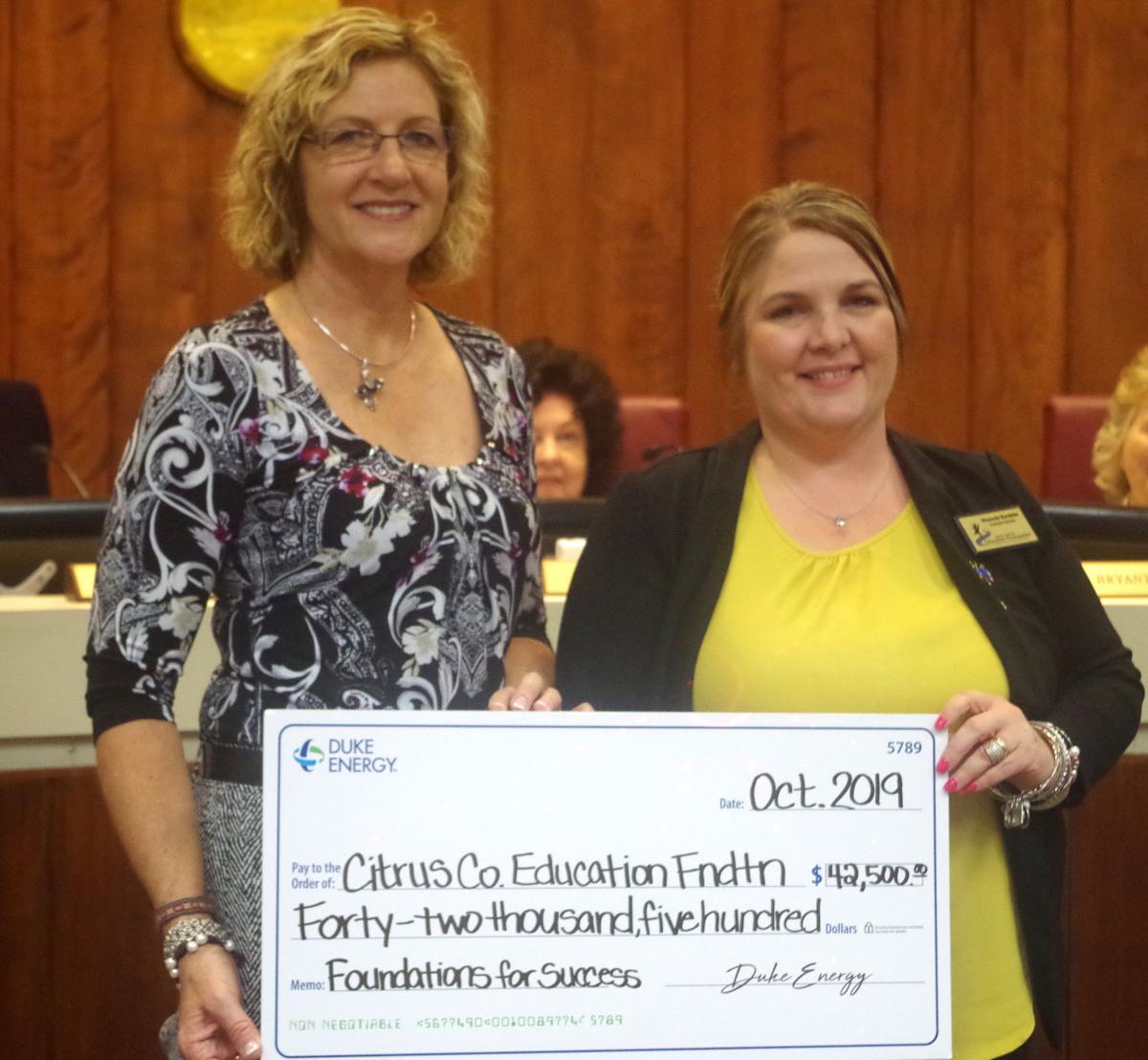 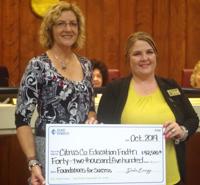 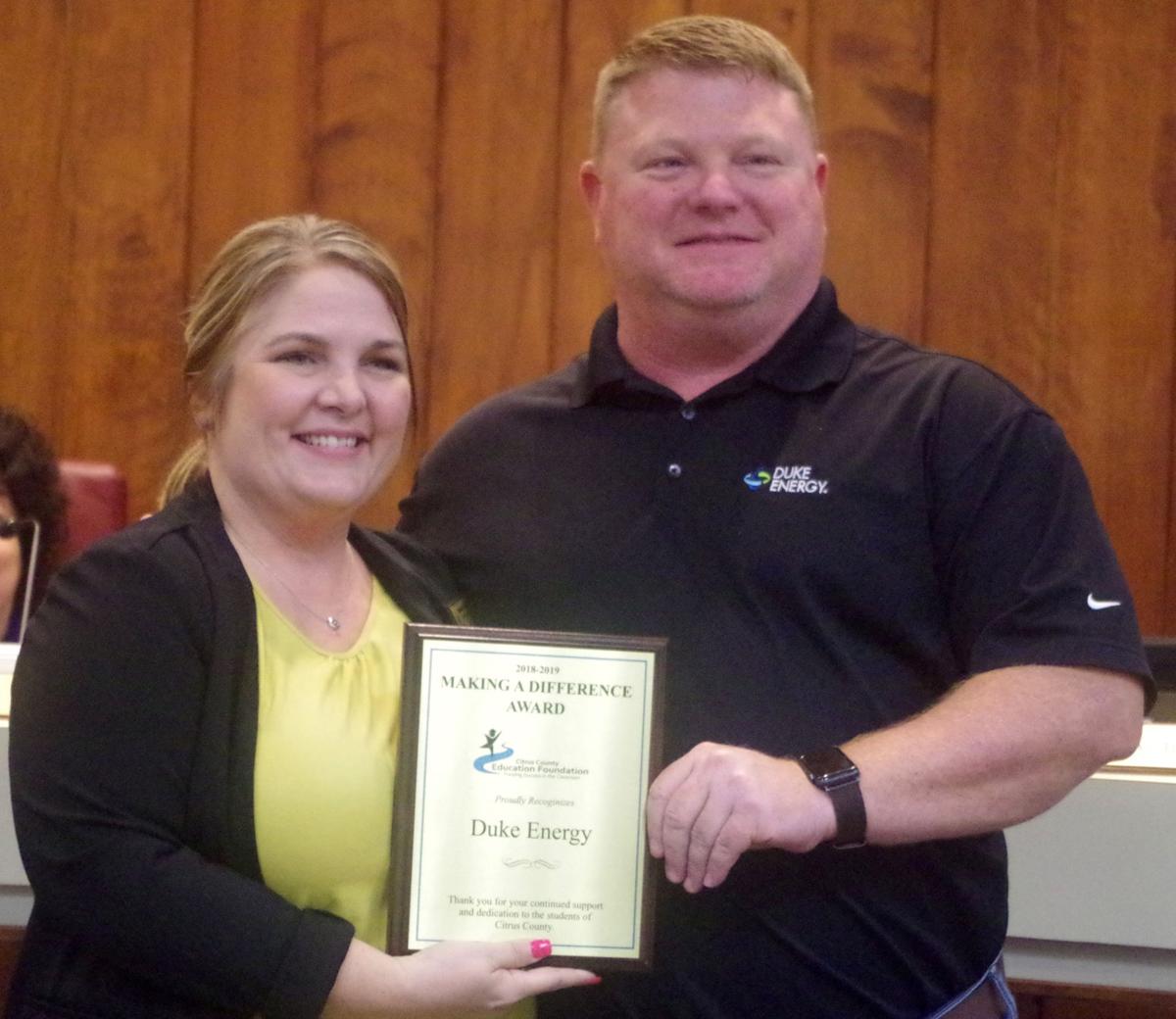 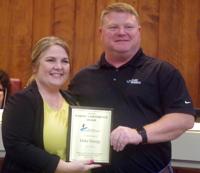 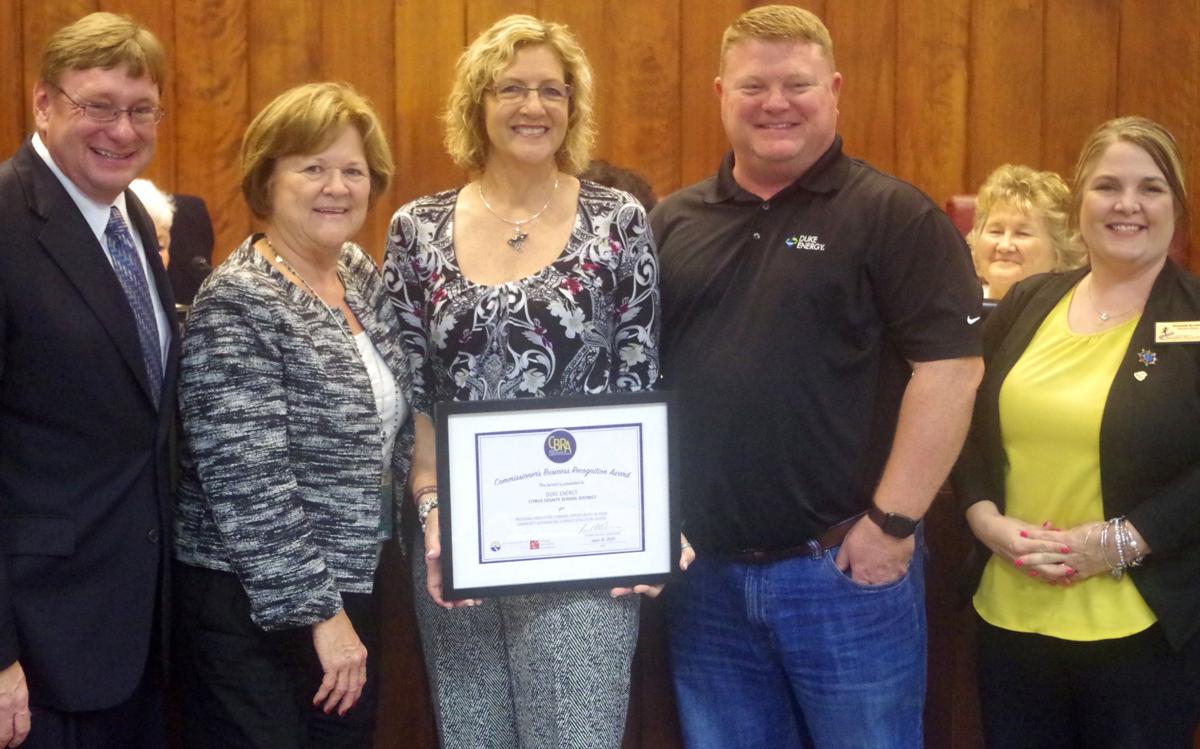 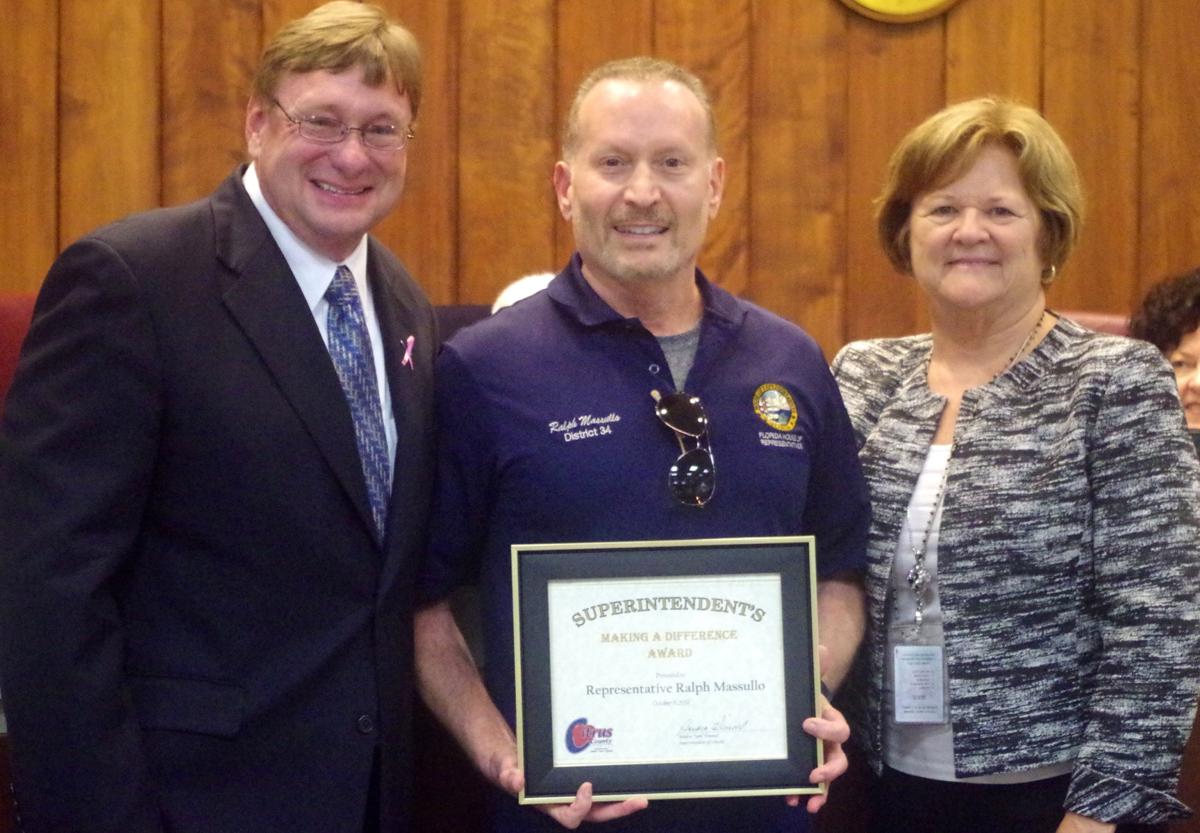 Editor's Note: This story was updated to reflect the correct names of schools that received state funds for improved performance grades.

Citrus County School Board members spotlighted a local power company and state lawmaker for empowering their school district with volunteers, legislation and money.

But before school officials at their Tuesday meeting recognized Rep. Dr. Ralph Massullo, R-District 34, and Duke Energy for their efforts, they first expressed gratitude to the swim and dive teams of Crystal River and Lecanto high schools.

During their Oct. 3 meet, which ended in a split victory, both teams raised $466 to help fight breast cancer and raise awareness.

“It was a great night to honor those who’ve fought the fight, those who have defeated it and remember the ones who unfortunately lost their battle,” Crystal River swimming coach Chuck Gatton said at Tuesday's meeting alongside some of the teams’ swimmers and divers.

Superintendent of Schools Sandra “Sam” Himmel and School Board Chairman Thomas Kennedy then recognized Duke Energy with the Commissioner’s Business Recognition Award for Duke’s showing of volunteers and $42,500 in grant money to the district, through the Citrus County Education Foundation (CCEF).

Himmel and board members later honored Massullo with the Superintendent’s Making a Difference Award for the state representative working for the district’s behalf in Tallahassee for improved teacher benefits, school security measures and student-health services.

Massullo said “education is going to be really big” during the 2020 legislative session, which starts Jan. 14.

Gov. Ron DeSantis has already announced a proposal to raise minimum salaries for Florida teachers to $47,500, and lawmakers are looking at revising or repealing the state’s “Best and Brightest” program, which gives bonuses to teachers based on a complex formula.

In other school board meeting news:

Burdette updated school board members on CCEF and the nonprofit’s impact on district students and employees.

Burdette said the 15 male volunteers in CCEF’s Men Building Men program mentored 22 high school senior boys at risk of not graduating, and were successful in getting each student to get their diploma last year.

Since CCEF opened its Supplies 4 Success teacher store in September for its second school year, 244 teachers have gone in to get donated and CCEF-purchased school and classroom equipment, valued at a total $37,000, Burdette said.

For more on CCEF and upcoming events visit www.citruseducation.org.

School board members approved changes to its district’s school safety policies with recommendations based on answers to a 428-question survey, known as the Florida Safe Schools Assessment Tool (FSSAT).

Earlier in the year, district officials and school administrators answered the state’s questionnaire, which asked about the status of campus and classroom security for FSSAT to offer solutions for.

Per state law, those questions, answers and policy revisions are confidential.

Citrus County Education Association President Victoria Smith shared a concern with school district officials about aides having to ride with students from CREST on the bus.

Smith said aides are not as experienced as other school members in controlling students with disabilities, and are sometimes injured then they have to shield the “disruptive” children from others on the bus.

“They are frightened,” the teacher union leader said, before asking the school board why more experienced school members can’t ride on the bus.

Recognized schools get up to $100 for each enrolled full-time student.

School administrators will vote on how to use their respective monies.